As many of you know Luie had some bone spurs on his back left leg. He still has them but I don’t think they are causing the problems that he’s currently having. He’s had some lumps and bumps removed over the past six months. Several on his sides and one in his mouth; pictures and his path report below.

Luie started getting some gular edema about 5 months ago. I’ll post photos from when it first started. The edema has continued to get worse and he lost the use of his tongue. His vet was here in April and did some blood work but the blood work didn’t show anything that could be causing the problem. I took him to his vets in June and he had x-rays in July that I’ll post below. The x-rays didn’t show anything out of the ordinary. Luie continues to get worse. Now he can barely open his mouth and has a hard time eating and drinking. He’s also having a hard time getting around. He falls some and I’ve had to move him to a short tree with towels pilled under it. He also has this hard knot on the end of his chin. We saw the vet again this week. Blood was pulled and edema fluid and send to the lab. Dr. Alfonso said the edema fluid looked like normal edema fluid. He took out quite a bit of the fluid but it just fill back up within a very short time. We are still waiting on the results from the lab on the edema fluid. The report came back on the blood word but it was inconclusive because of the hot weather some of the blood cells ruptured while waiting to be analyzed and altered the results. From the altered results everything looked good except the Phosphorus were high at 16 and CPK which was really high and could be because of the altered results. His value was 9008 and normal value is 850. Dr. Alfonso says we definitely have something happening in the jaw area. The uric acid was normal at 7. So as of right now we are no closer at being able to determine the problem. Next week we are going to Orlando to have more blood pulled to be analyzed and for a panoramic x-ray like the one the dentist gives that goes around the jaw. I believe that the edema is coming from something that is affecting the jaw.


One of the bumps on Luie's side 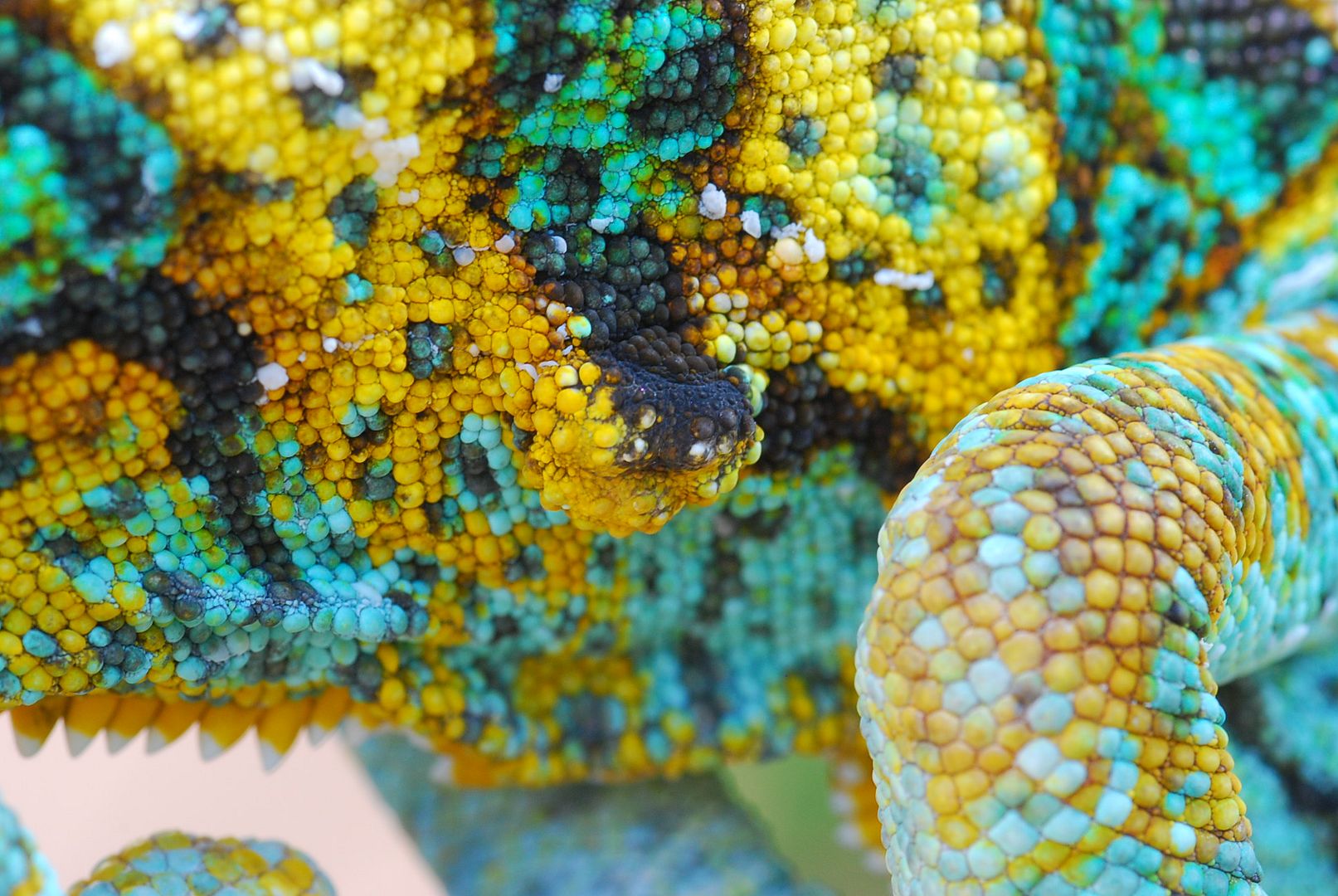 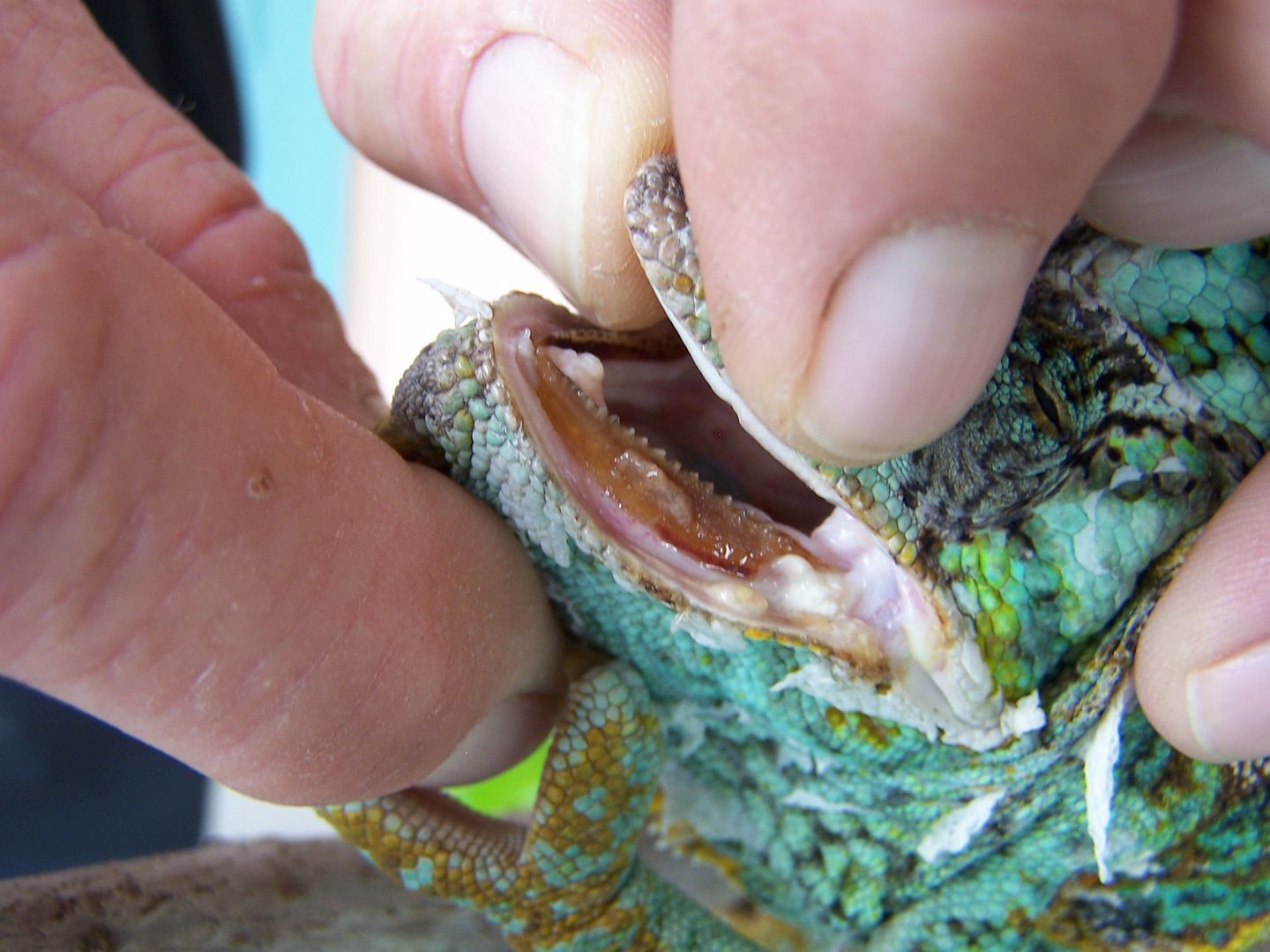 Path report from one of the bumps on Luie's side

Submitted is the mass. The nodule, which is supporting a section of overlying skin, is a discrete

expansile tumor comprised of streaming to sheets of pigment-bearing cells. These cells have

nucleoli. The mitotic index is extremely low at <1 per 10 per high-power fields. This has a thin

compression capsule of which is forming the deep and lateral borders of the tumor mass.

This particular mass appears benign; however, this may be deceiving in that many of the

Chromatophoromas are common neoplasms of pigment-producing chromatophores in reptiles.

pigment producing cells) and xanthophores (which produce yellow pigments). Although most of

these tumors involve only one type of pigment cell, multiple pigment cell types have been

involved in some cases. Rare cases have been described in lizards and these few reports do 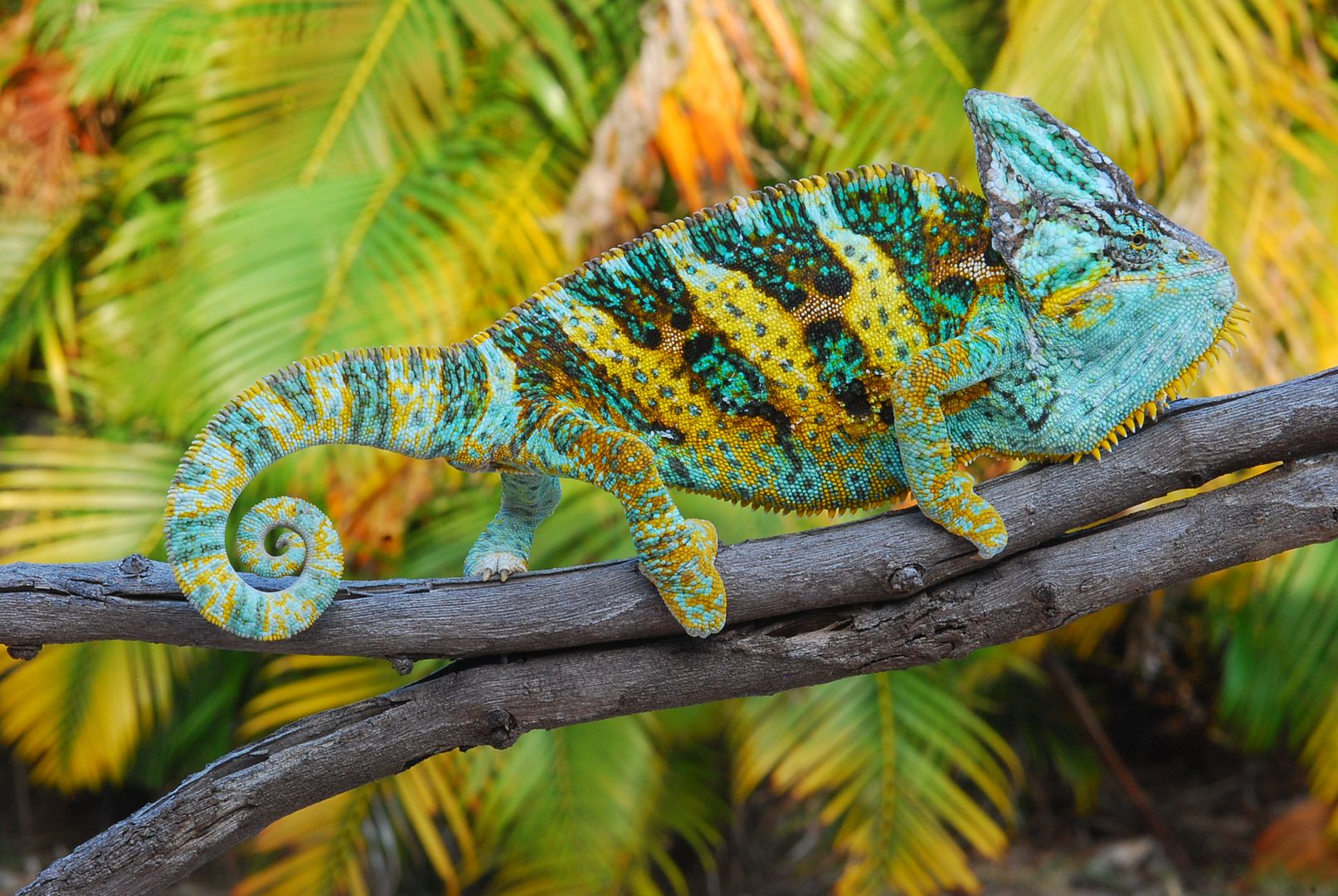 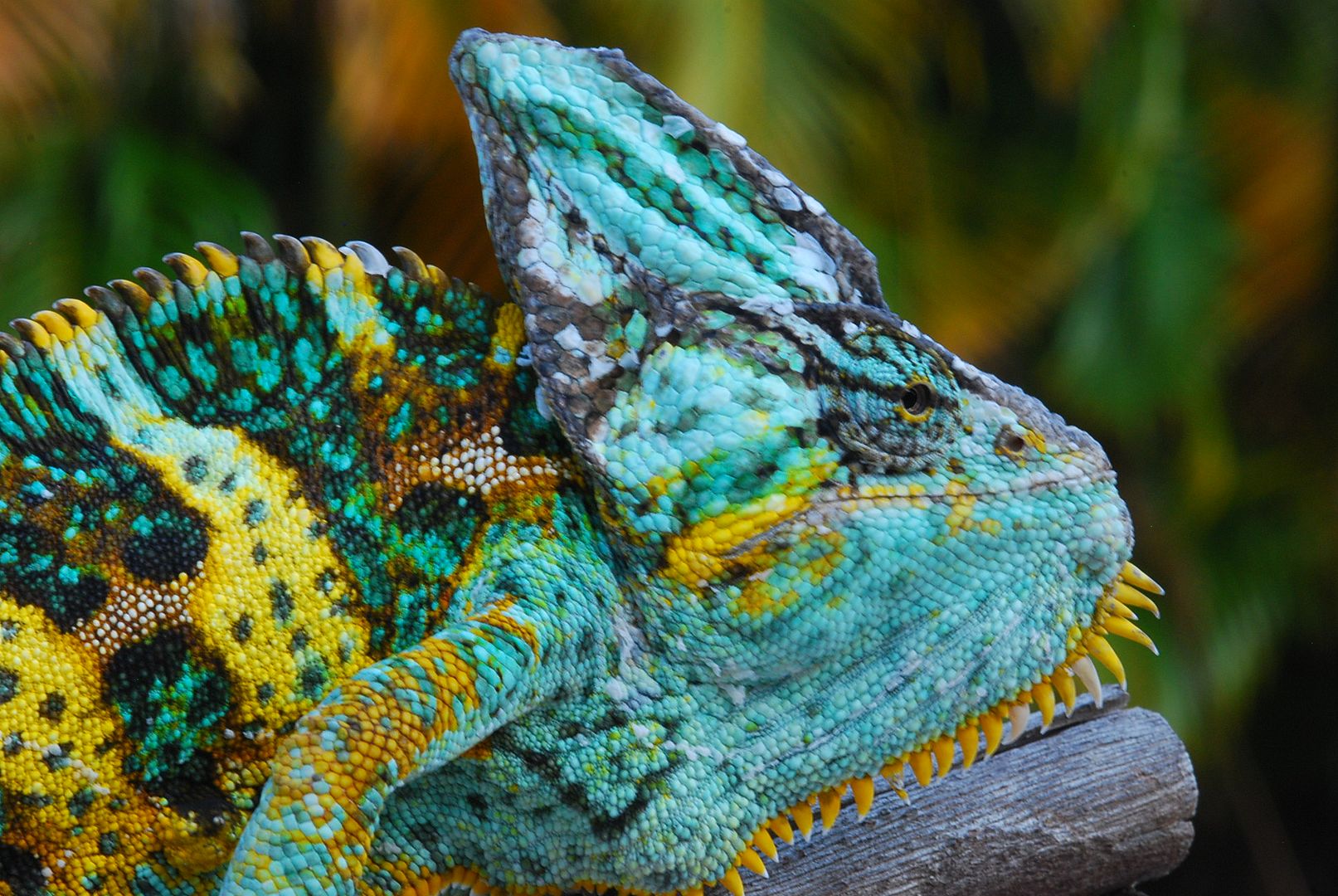 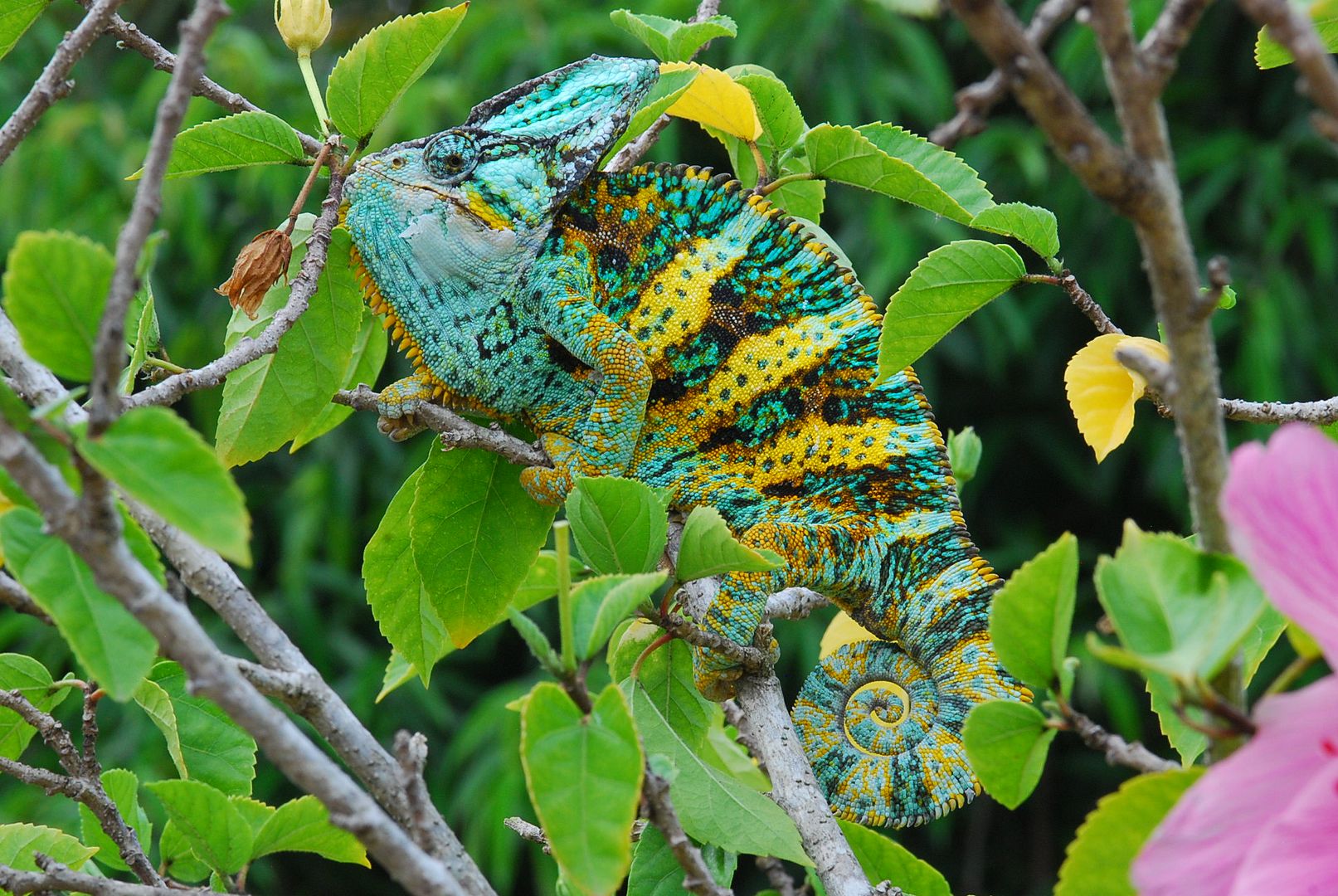 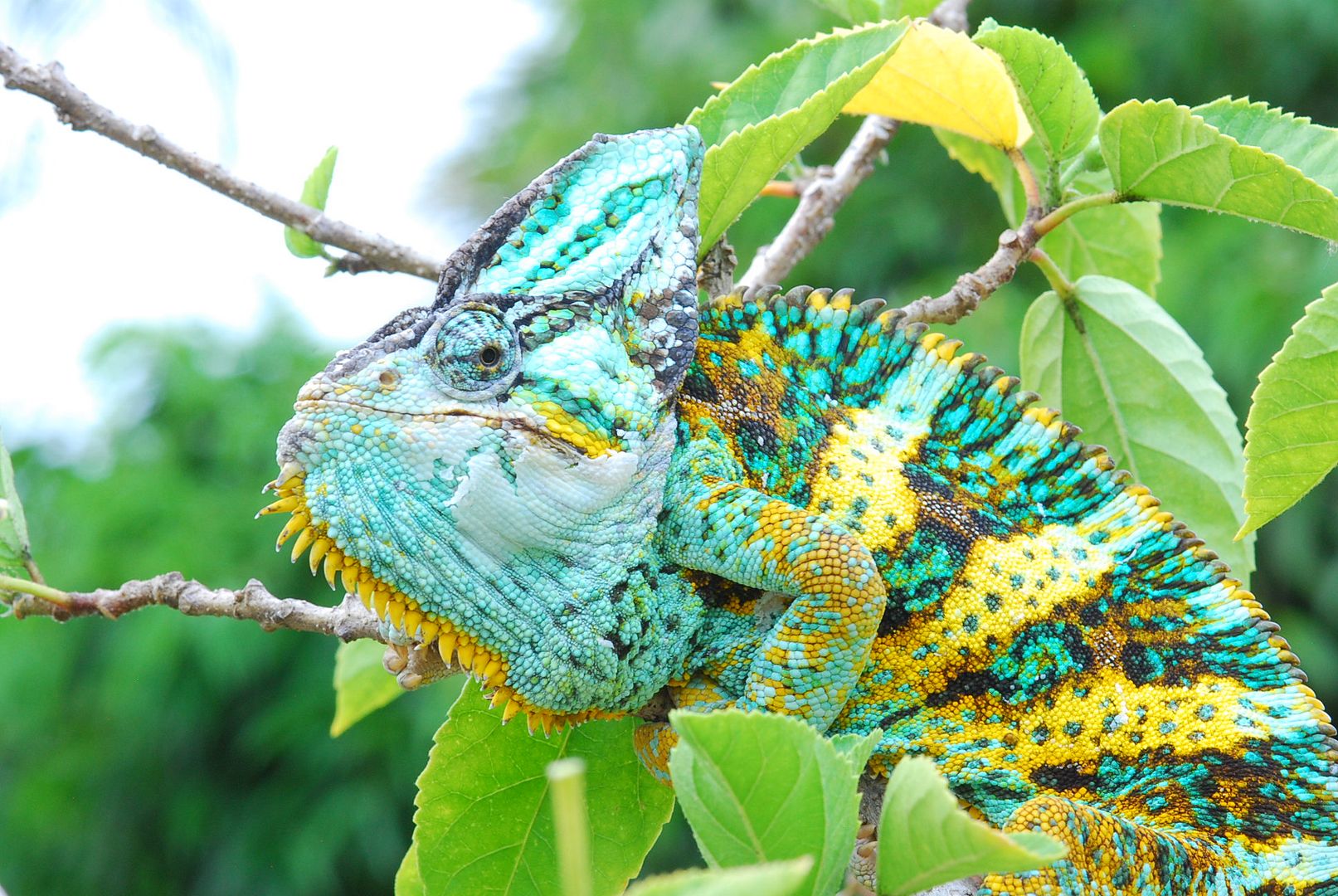 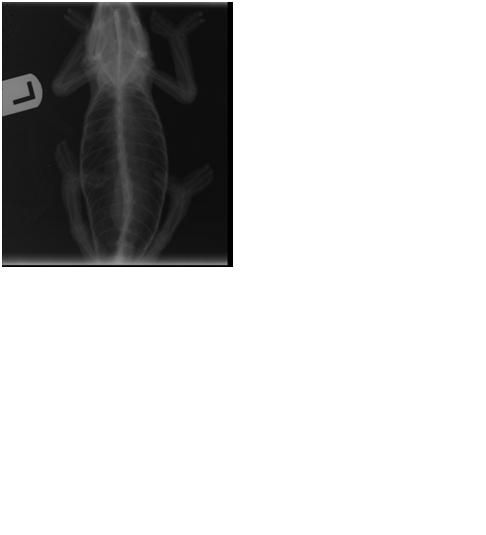 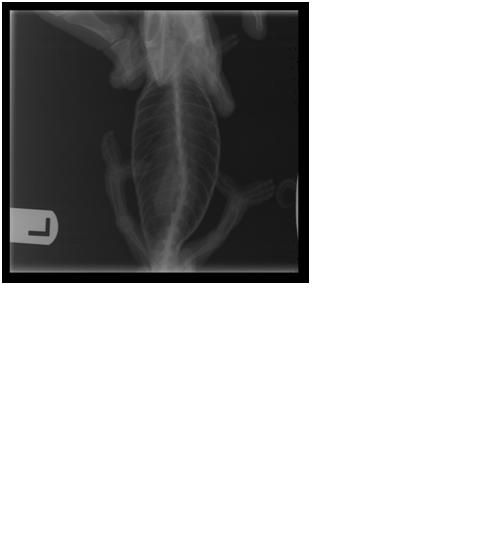 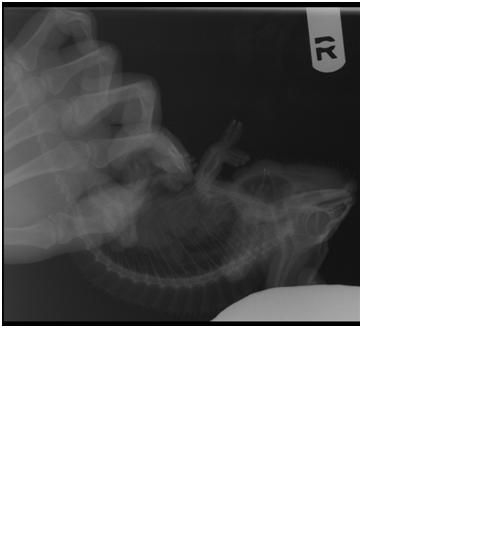 Jann, so sorry that Luie is not doing well! He still looks beautiful as always even with all of his problems. I feel terrible for you. sending you a pm.
view our sponsors

Sorry to hear jann. Have you read Dave Weldons article on edema and mylanta?

All those growth are strange especially the ones in the mouth. I hope you and the vets figure this out. I wish you two the best!

So sorry to hear Louie's having health problems =( I'll be keeping him in my thoughts and prayers. Hope he gets well soon.

Oh my i always pray for you and your beautiful chameleons. you do such an amazing job careing for and loving them. its so wonderful how much work you put into getting them better


my heart goes out to you.

I hope he gets better Jan, he is honestly after looking at your albums a week ago, the most gorgeous Veiled. And from what everyone says has a fantastic personality. I am sure he will be healthy again, especially with how good you are to your chameleons! Chin up!
E

ataraxia said:
Sorry to hear jann. Have you read Dave Weldons article on edema and mylanta?
Click to expand...

Ataraxia, can you point me to that?

Jann, I'm so sorry. I hope you can find an answer soon.

So sorry jann! U and him keep fighting for the answer! I love luie he's my favorite veiled here!

so sorry to hear about luie. i hope you get some good solid answers soon. he's such a beautiful chameleon and it must be hard but hang in there. we're here to support you.

Sorry things are going rough right now. Please keep us posted. My love, support and best wishes for you and Luie.

Thank you for your kind words, thoughts and prayers. If any of the experienced keeper have any thoughts or ideas on anything we might can do I am open to all suggestions. I am just praying we can find out what's wrong with Luie and see if it's fixable before it's too late.

John please send me a link to that article if you can.

I am so sorry Luie is sick. He is beautiful and a very lucky guy to have you taking care of him. If only all chameleons had dedicated, attentive caregivers like you!

My prayers go out to both of you, Jann. He is a beautiful young man, and so loved. I know you will keep us all posted, but let us know if there is anything we can do for you.

I know I really cannot be of much help to you but I was researching about my chameleon before I got her and I saw a vid/article about chams with TMJ like symptoms of the jaw. There is also a thread someone created on this site in 2009 titled "chameleon with TMJ-like symptoms."
Hope maybe that's a bit of help. I'll try to find the original info and PM it to you later if you'd like. Good luck with Louie!

Hope I'm not a bother but I forgot to mention that I looked at the X-rays of him verse other Cham X-rays and his mandibular joints appear very inflamed in the X-ray. I personally do not believe the bump is causing the effect to his mouth. That is just my opinion and of course a vet might disagree but I just want to help. I know that feeling of desperation to help your child not be in pain. Again good luck !!

I'm so sorry Jann Maybe he has arthritis in his jaw? Once they can get a good clear xray of his jaw maybe they can better determine what's going on? That is just my two cents, I hope it helps!

My thoughts are with you!
K

Jann I will continue to keep Luie and you in my prayers. It amazes me with how well you care for your chams that problems like this can occur. It just goes to show that even with good care and environment ailments can still occur. I know you will continue to do all you can for your sweet beautiful Luie.

I too am interested in seeing the link that Ataraxia mentioned from Dave Weldon.

Jann I'm so sorry Luie is still having troubles poor guy. If only love could cure illness, your pets would live forever!