To clean or to replace roach bins? 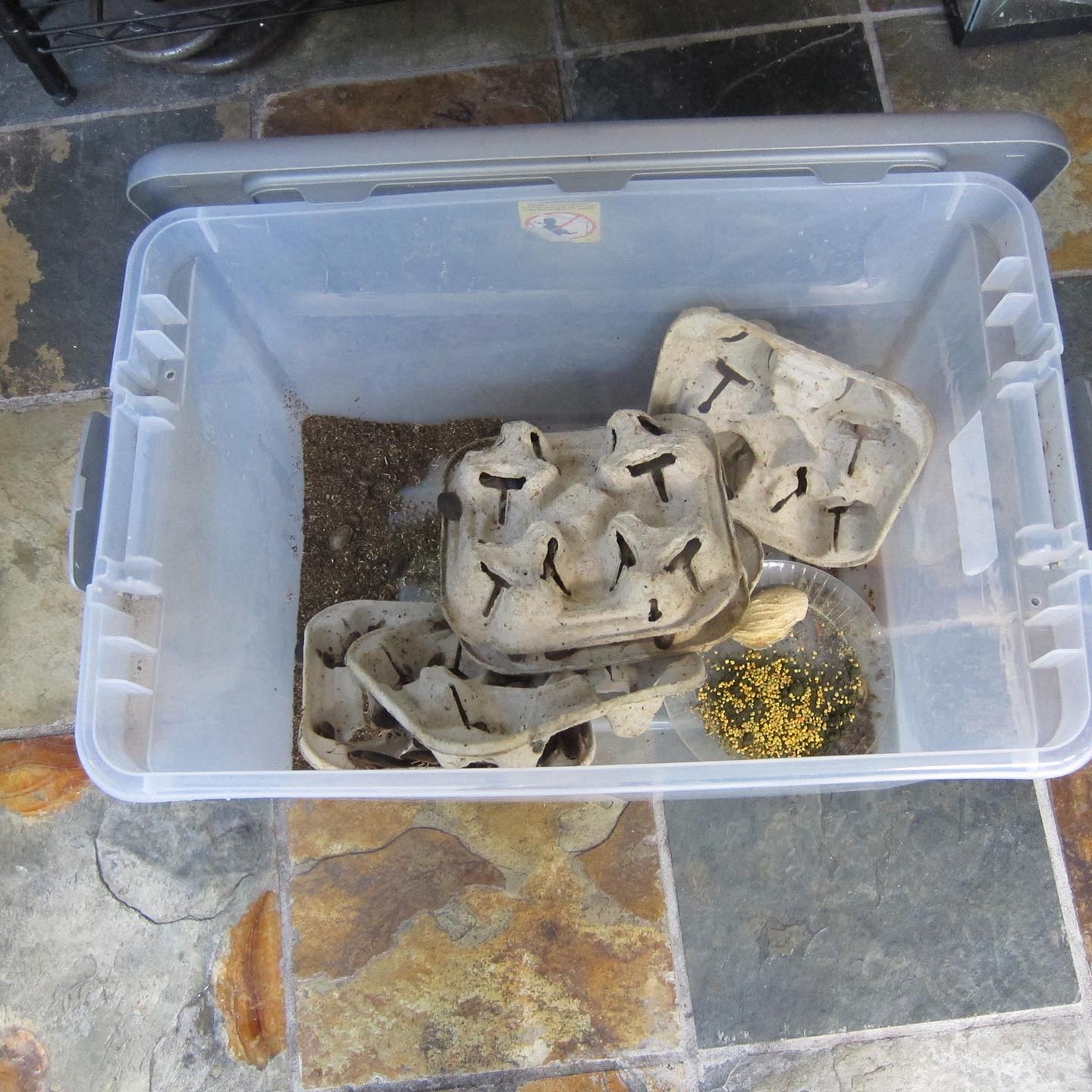 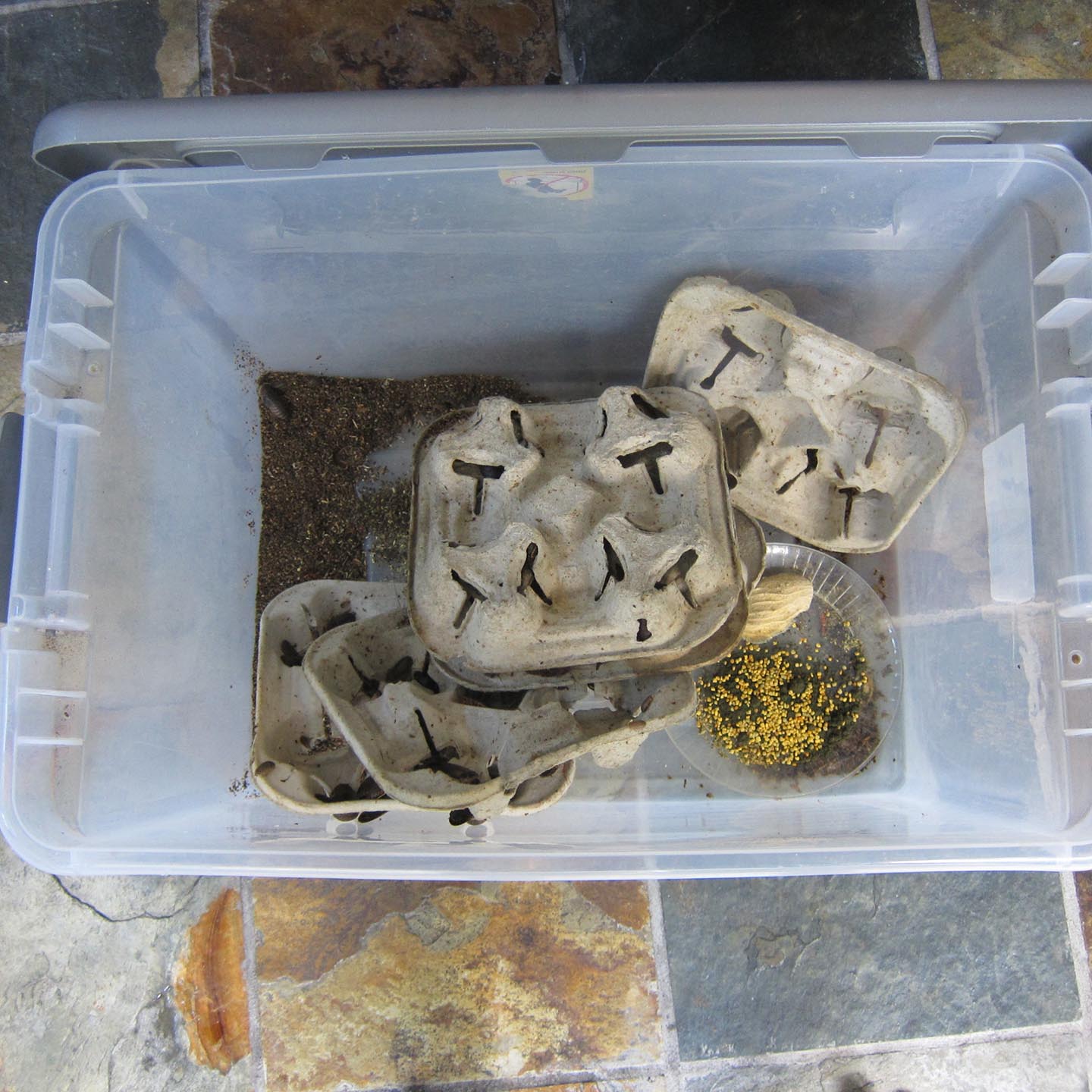 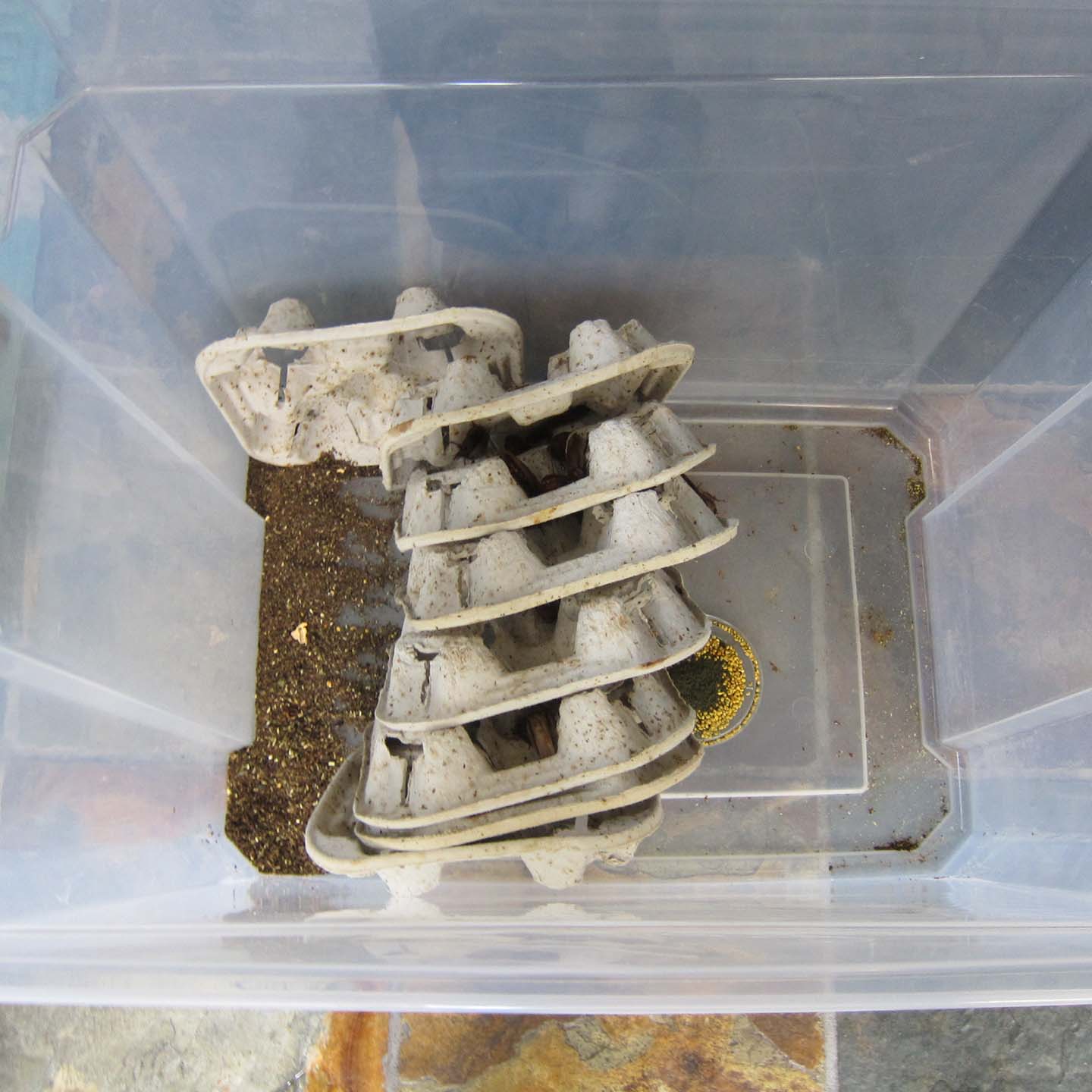 I know the little ones need some frass.

There is no substrate and I use 4 pack coffee cup holders from the convenience store for them to climb on. Each colony has about 6 of these egg crate type things (I like them better than egg crates because there are holes for better airflow.

That does not look bad, I would just clean it.

Nothing wrong with that bin, hose it out and return to service!

What is not obvious is that the frass is 1/2-3/4" deep and some roaches have started taking on a grayish/tarnished look although no major die off-
I will take a pic- best place to post is in general or food you think? Andee would be our "go to" on something like this, right? Anyone else you folks think might be a good idea to ask?

Franquixote said:
What is not obvious is that the frass is 1/2-3/4" deep and some roaches have started taking on a grayish/tarnished look although no major die off-
I will take a pic- best place to post is in general or food you think? Andee would be our "go to" on something like this, right? Anyone else you folks think might be a good idea to ask?
Click to expand...

Either forum will work and Andee defanitly knows her bugs.

I don’t see how having frass in the bottom is a problem, wash it out. Would you replace your chams entire viv if there was some poop in the bottom? No, you’d wash it out, dry and reuse. Totally up to you, I just don’t see the point.

Bug bins are different than entire enclosures, after a time biofilm builds up like in anything else.
N

Im not giving advice but I never really clean the bins. Its dry so that's not a problem. I just take out the old food peels and that's about it. I have yet to see a reason to scrub the cages. Maybe if I had higher density but everything has been going well for several years. plus, nymphs need to eat the adult frass... at least that's what ive been told.
I

No need to toss the bin, wastes resources and costs you money. Very bad for all, I think.

You want frass in your bin.

Baby roaches eat frass, and use it to survive.

Even if you do clean it, you still need to out at least some of that frass back in.

Edit: you said that in the OP. So then why are you worried about the frass? Give it a hose down, put half the frass back and throw some cleaner beetles if your concerned about bacteria.

You are way overthinking this. Roaches live in their own frass in the wild too. There is nothing wrong here.


I personally would put substrate in the orange heads bin. They do like high humidity.

And if they have substrate, they burrow more than they sit in egg crates. At least mine do, they are rarely in the Cork flats, always burrowed, quite deep actually.

But if what your doing is working, I guess theres that lol. Any wing nipping in your colony?

They do make the substrate smell pretty rank, fast though so there's that. However I can't smell it unless my face is in the bin.
Last edited: Sep 22, 2018
I

I only remove the frass every so often only when it has built up really deep and when I do I sift out the babies with a large kitchen sifter. I have recently then started taking the sifted frass and spreading it around my yard and garden as an organic fertilizer. I can never separate all of it so even when I do "clean" the bins a percentage of it always ends up back in there. I don't think I have ever replaced a roach bin even the ones I've been using for years.

Idk if i am no longer getting tagged in stuffx need to double check my settings again. But i dont clean my bins. Just take out excess frass and any old foods and throw the excess frass on my plants for fertilizer. I have a 4 species clean up crew though. I recommend a clean up crew.
You must log in or register to reply here.

How often do you do a decent cleaning or sanitize feeder bins?

P
Veiled Lady has become ill out of blue
2 3