so I got my D. Lobada. they were much bigger then I expected. I was going to put 3 or 4 per a 24oz cup. yet I desided that for now I would put 4 per 32oz cup to give them extra room.

they seem to get along quite well together without playing tag like my creos do (even with plenty of room, I'm going to start breaking up my creos into their own cup tomorrow...silly L2/3 creos fighting with each other in big cups too. it's like they are looking to start a fight with each other. )

the Dead leaf mantids on the other hand act nicer then my ghosts. they seem to really get along with each other. they look so cool. like little twigs. I had to photograph one on a dead leaf since it would look like part of the twig it was on. kitkat added a ton of FF to the cup they came in. once I removed the cup from the box they started to eat like they were starving. so I gave them an hour before I spit them up. they also were the only mantids I have that seem to like to put their arms out in a defencive posture repeatedly. just look at them funny, and 1 or 2 of them would do it. it was funny.

clearly my collection is growing rapidly. here are some of my latest photos of my little ones... 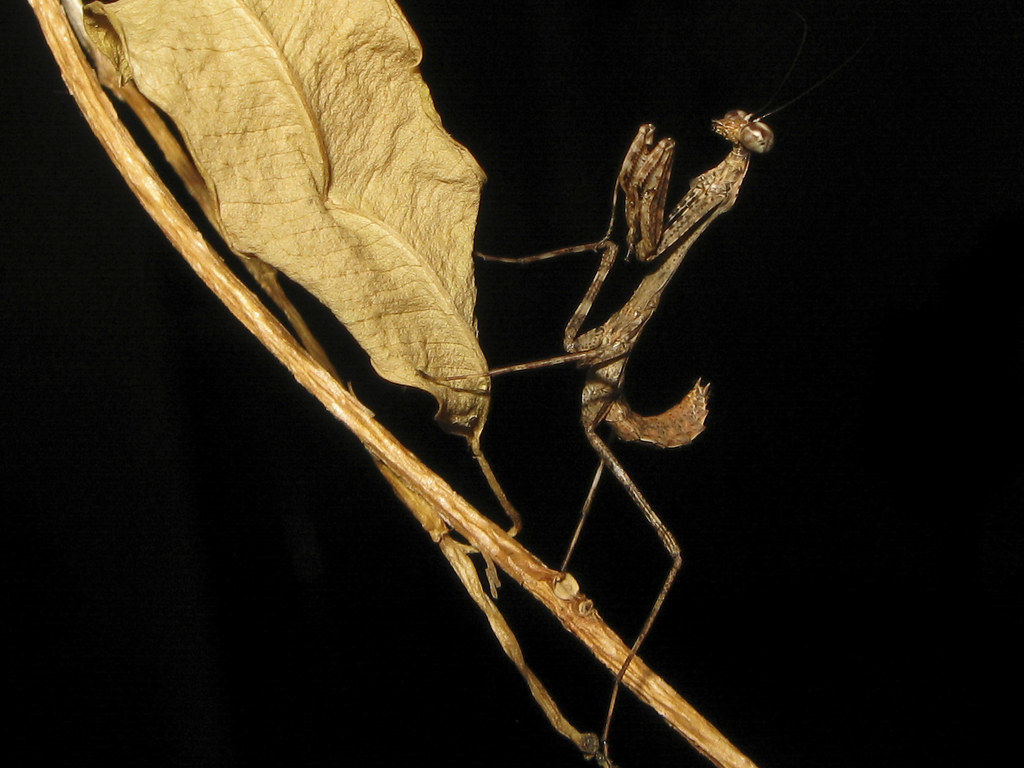 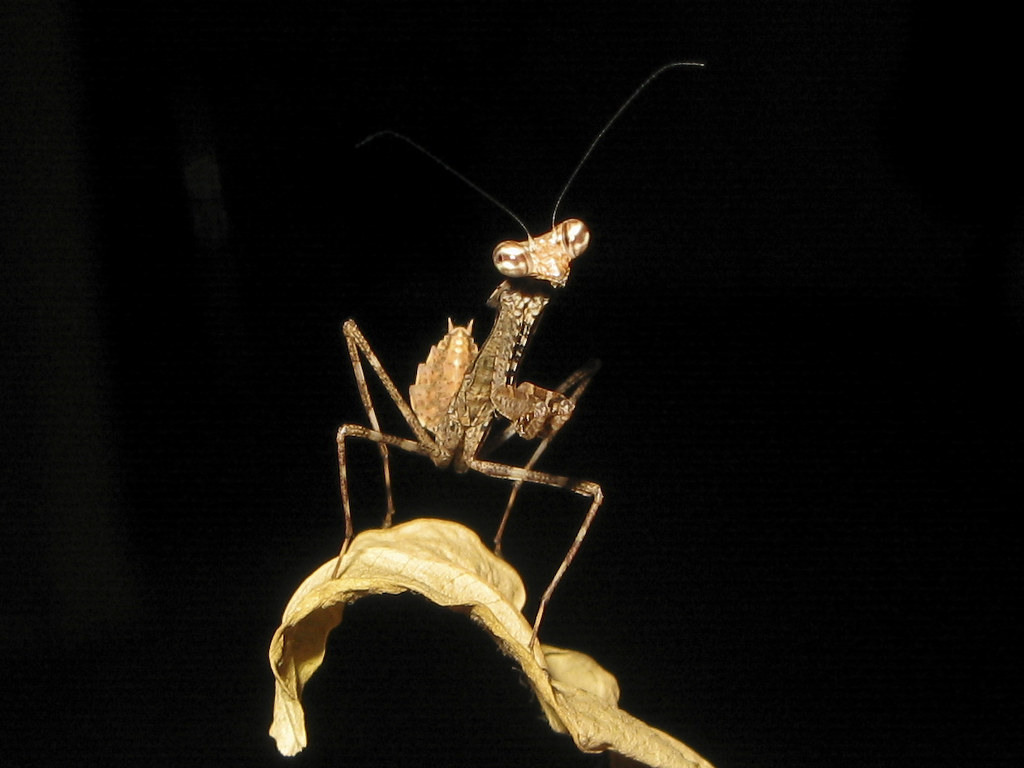 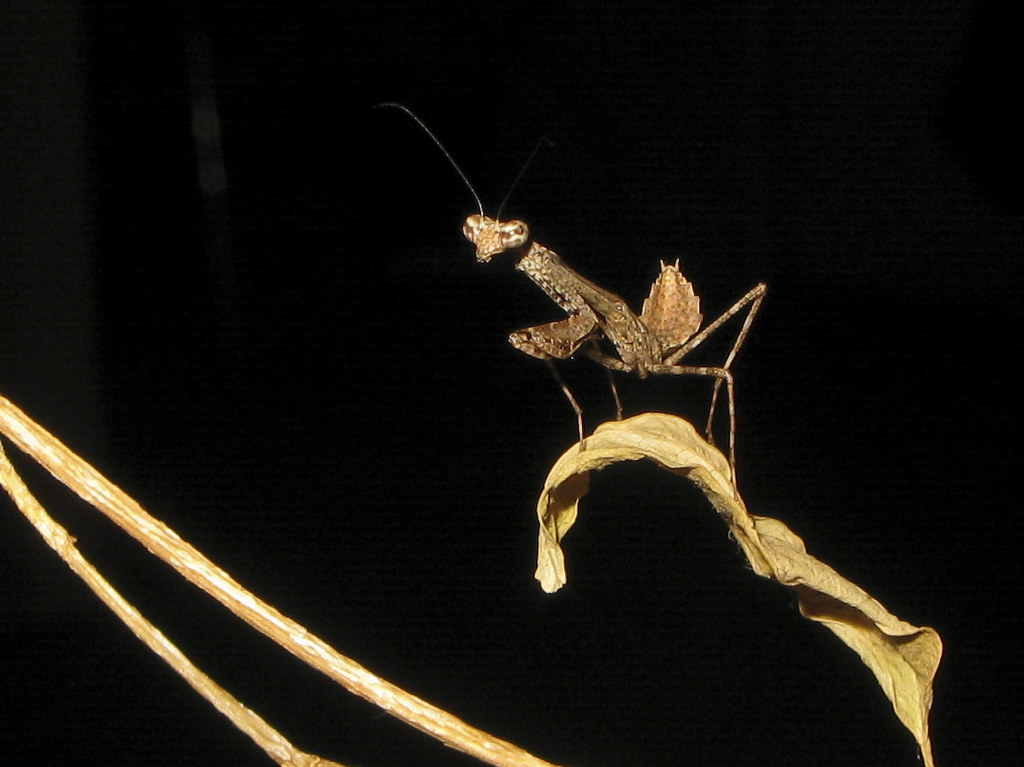 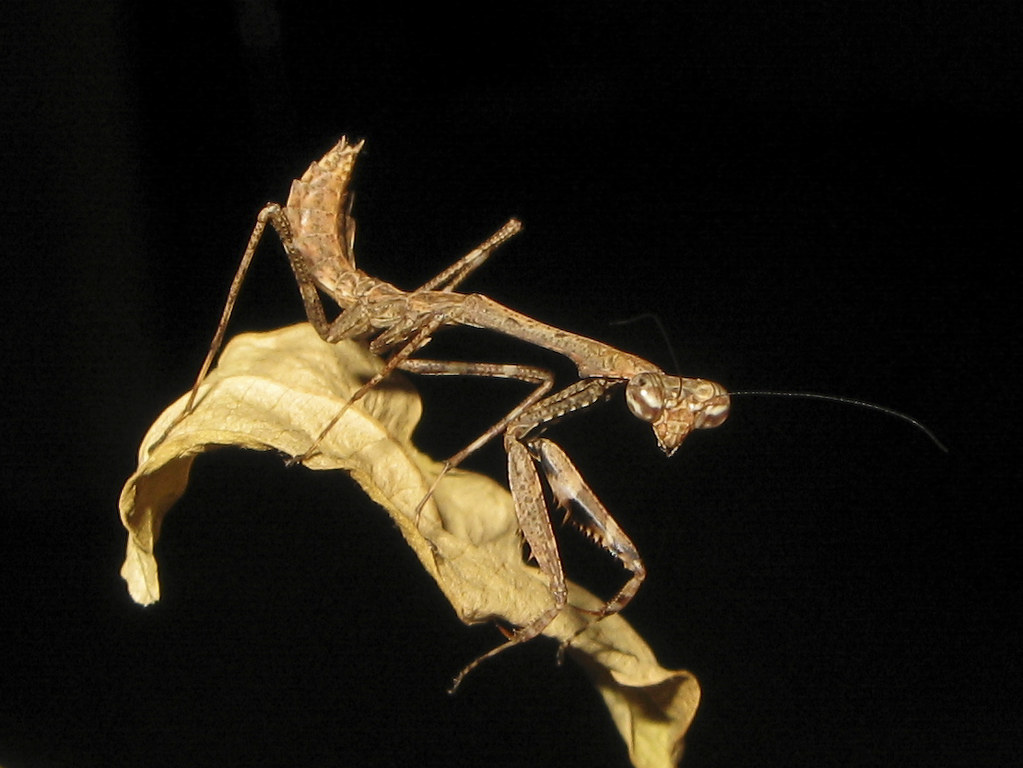 I hope you enjoyed.

just wait until it grows up and looks like a dead ficus leaf.
I can hear my friends now..."dude, why do you have an empty terrarium with just a bunch of dead leaves in it?"

reminds me of nightmare before christmas

Harry you really are branching out. Just how many types of Mantids do you have? Still not sure about them, I know I could never hold them like you do. lol
You must log in or register to reply here.

This month's feeder line up

my chameleon down the cage

How many BSFL should I give my Veiled Cham