I haven't posted an update in some time, so just figured I'd post a few non-eventful shots that I quickly threw together. Hope everyone is doing well. 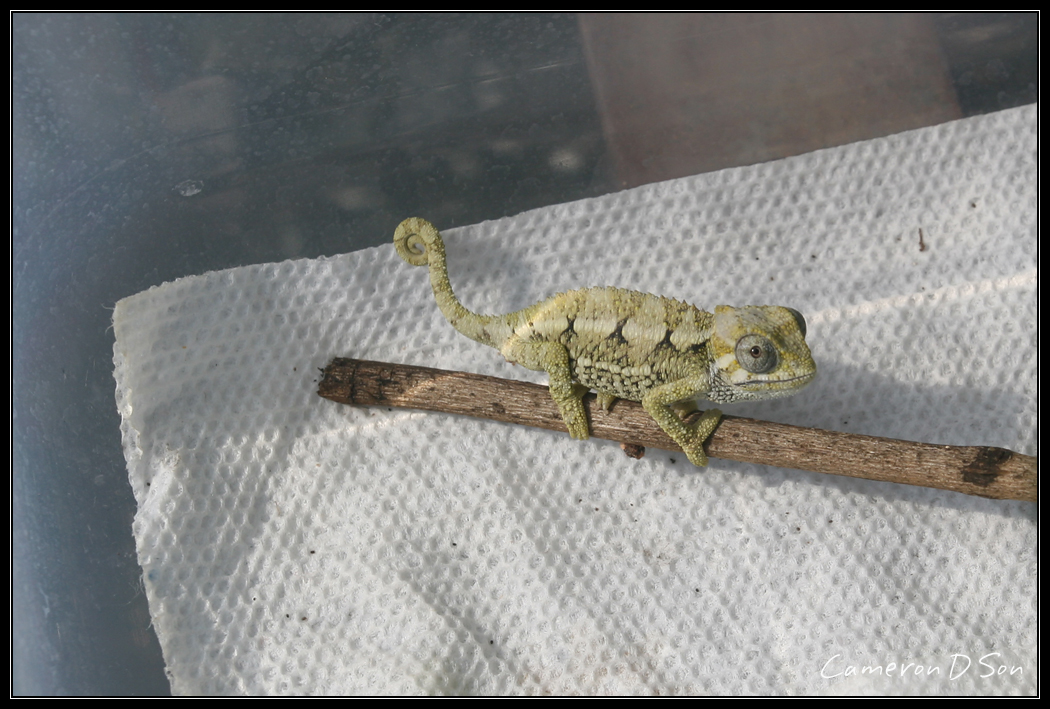 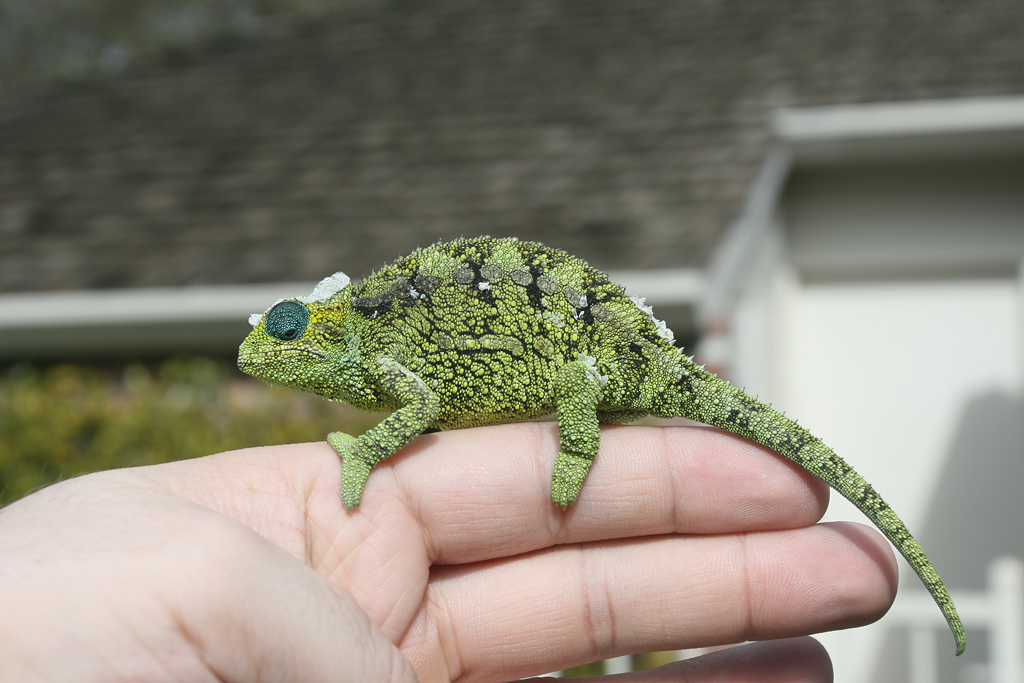 Awesome!
How old are the babies now?

they are so cute! Fantastic looking little monsters you have!

Wow, so small! Even Momma is teeny!

They're looking so AWESOME! I love that little momma. She's freakin' CUTE!

They are just adorable, I want ever one of them. Life isn't fair or one could have more, and more and more chameleons!!!!!

OMG that second pic is too cute.

WOW! I didn't realise that Rudis are so small! Momma is a beautiful girly cham!!

Nics pics, but they are sternfeldis

eisentrauti said:
Nics pics, but they are sternfeldis
Click to expand...

I am unfamiliar with sternfeldis. Can you fill me in? Are they not rudis?

hey eisentrauti can you go over it im kinda vague on the issue.

eisentrauti said:
Nics pics, but they are sternfeldis
Click to expand...

Not sure what's bringing you to the assumption of them being a regular rudis, but they are not. The "red" females have the more blue eye turrets, and display some red dotting along their white dotting most of the time. The picture of the female here is showing her colors when she's outside.

Just for reference, my male is here: 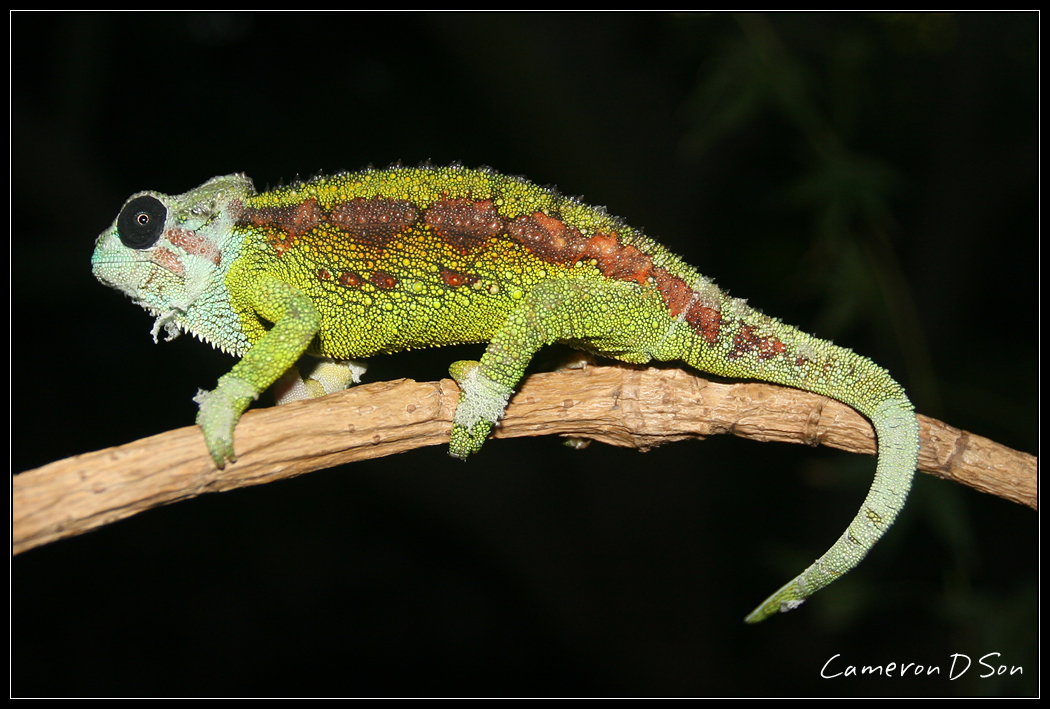 I know there has been talk about these eventually being considered something other than rudis, but as of now, the "common" name for them is red or "jeweled" rudis. It's sometimes considered a "strain" for whatever reason of the sternfeldis.

Just for more reference, here is a sternfeldis, or what I consider the common rudis:

Here is my female "red" rudis (same one pictured in orginal post): 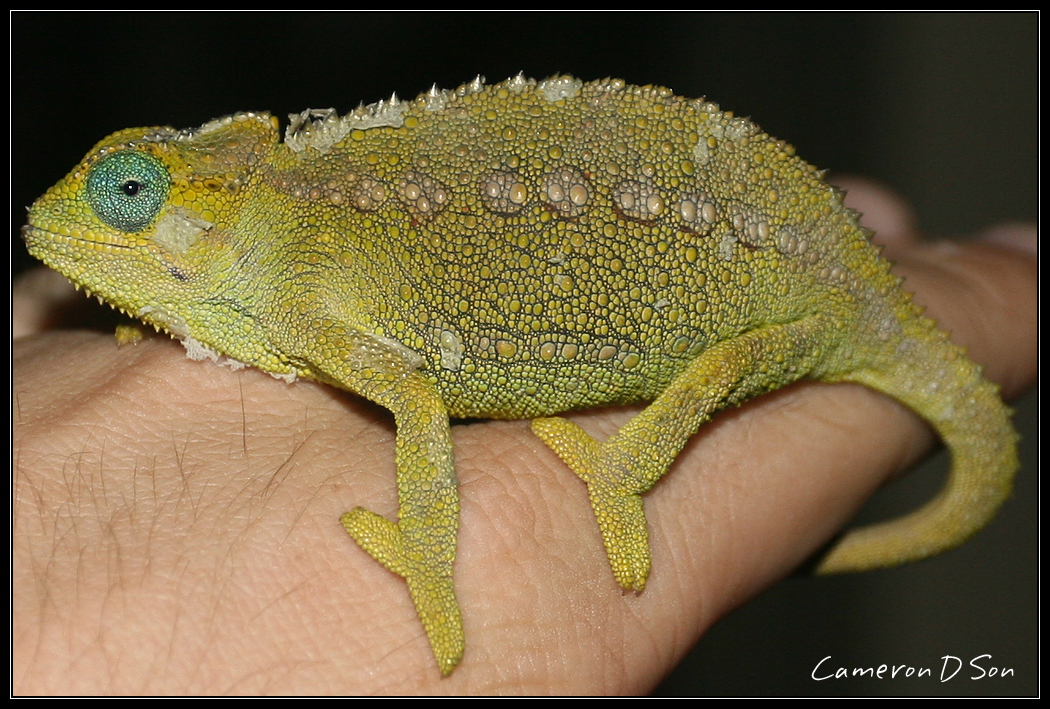 Credit goes to Rocky Mountain Rudis for the above female and male comparison.

There are differences seen in both, from eye coloration, dot patterns and color, and a few other subtle things. It's, of course, more apparent in the males (the differences).

Staff member
Just to clarify this for everyone, the animals that people believe are rudis are actually Chamaeleo (Trioceros) sternfeldi. Previously, this was considered a subspecies of Ch. (T.) rudis however it has been elevated to full species status and they are distinct. In fact, Ch. (T.) rudis does not live in Tanzania where the "rudis" that are sold in the pet trade originate. Morphologically, you can differentiate between Ch. (T.) rudis and Ch. (T.) sternfeldi by the shape of their parietal crest on the casque. These "red rudis", as they are sold, are actually more accurately "red sternfeldi". Their casque morphology and range are closer to Ch. (T.) sternfeldi then Ch. (T.) rudis. Now, time will tell if this form will be found distinct enough to warrent species or subspecies status of its own but at the moment, they would be a morph of what we know as Ch. (T.) sternfeldi.