Day 2 update with my little guy

Holy shitake mushrooms what a whirlwind the past 2 days have been with this crazy little guy!

Day 1 was all about making sure the basics were met, but of course still very exciting!! Everything from opening the box carefully, seeing him for the first time, getting him in his enclosure, getting him to eat, misting, checking for healthy signs like poo and urate, etc.. For the most part all of this went smoothly and things seemed great. I thought I must have created a nice home for him because I'd catch him out basking before he'd realize I was in the room. He wasn't hiding all dang day. His colors were changing accordingly, he had a huge healthy poo, and overall things seemed well. He had to have eaten around 20 small crickets that morning. I was nervous about sleeping and here's why. He's obviously still getting adjusted and so as soon as he notices me in the room he goes to his hiding spot, every single time, even if I'm 15 feet away. My bed is about 10 feet away from his setup, maybe 12 feet, but all I wanted was for him to get a good night sleep without the stress of me around. Anyways, I had to sleep and we're both getting used to this, so I turned his lights off around 8:30pm, but I didn't go to bed until about 1am. It was dark, I wasn't about to wake him and scare him with a flashlight, so I have no idea where or how he slept, but I assume he slept fine because of day 2...

Day 2. His lights came on around 7:30 (working on the exact right schedule...I know he needs 12 hours on and 12 off). I rolled over and kept sleeping. I woke around 9:30 and rolled over to see him out basking already! I thought "oh great he's not going to be super shy foreverrrr." As soon as he saw my eyes, or knew that I was awake, he went and hid in his spot hahaha. That's okay. It's only day 2, and really the first morning. Anyways, I had to make a grocery store run to get more healthy stuff to gut load my crickets. I naively thought it would be a short enough trip to leave his door open, in hopes of letting him feel more comfortable and possibly get out but not far. Long story short, baaad idea. He did get out and onto my curtains. At first I was so excited because he was the brightest happy green I've seen him so far! Then panic set in when I realized getting him back into his enclosure was going to be a nightmare because he's terrified of me! Sure enough, it was. At one point he fell off a stick (safely onto a soft plant), got behind a large heavy piece of furniture, and this was all very stressful for both of us. I felt like I had already failed my little guy. I also feel like I probably just lost major points towards the trust building process, but hopefully not. I'm currently lying in my bed writing this with my back turned to the enclosure to try to get him used to me being around. Wish I could just tell him I'm not a predator lol.

Anyways, I hope nobody reads this and thinks I'm an incompetent owner. If anything... I'm a little proud I got him back in within 30 minutes of realizing he was out, and he seems completely fine and normal.

Pics get taken as soon as I walk in and before he escapes to hide, so I don't have many good ones yet. I'm fine with this... but I'll share what I have so far. 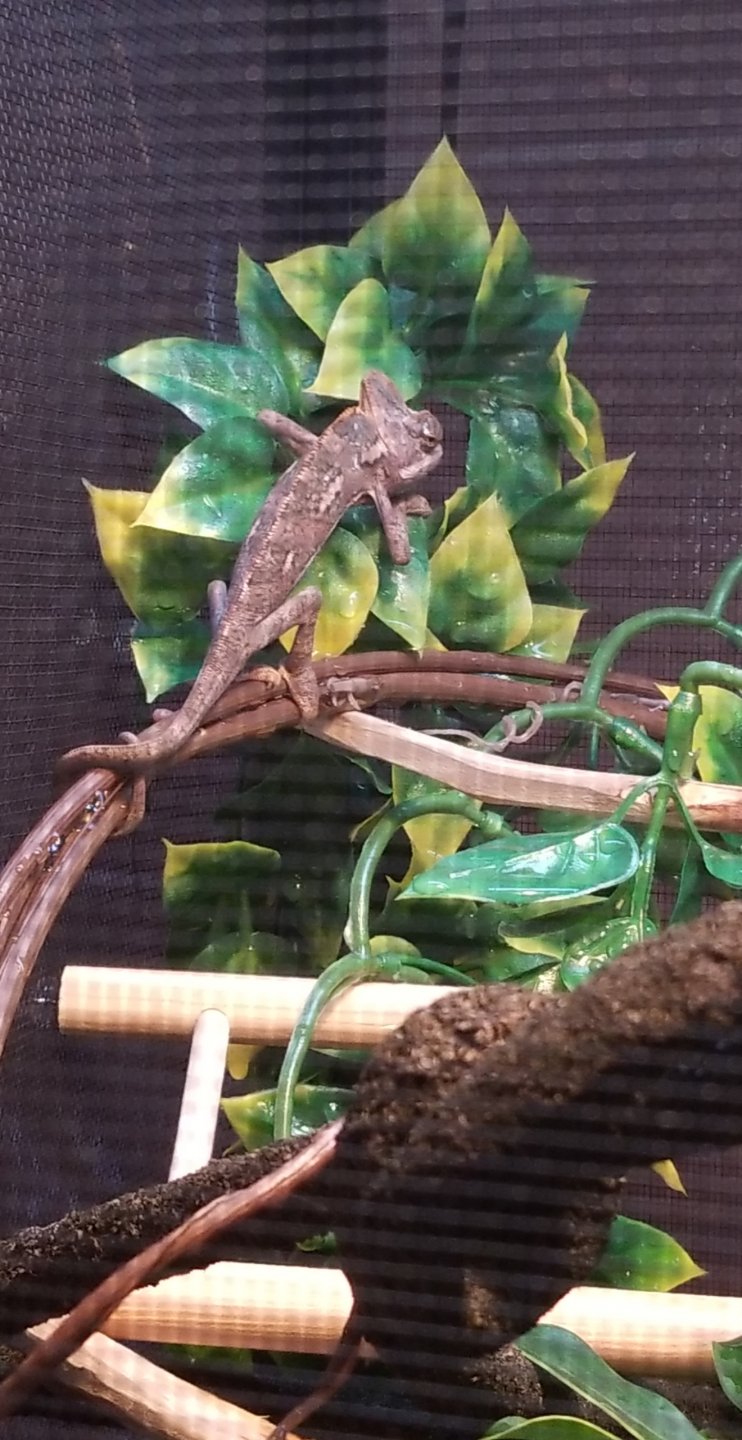 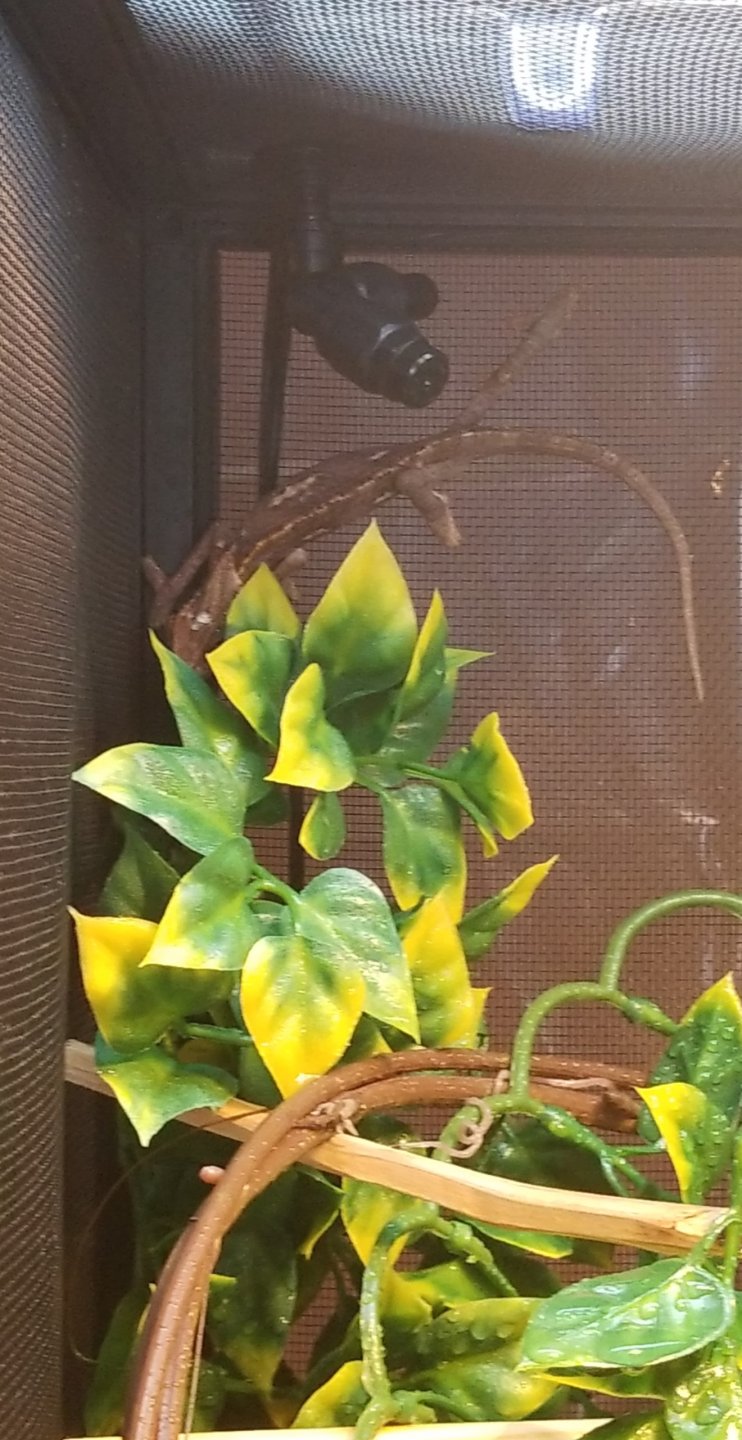 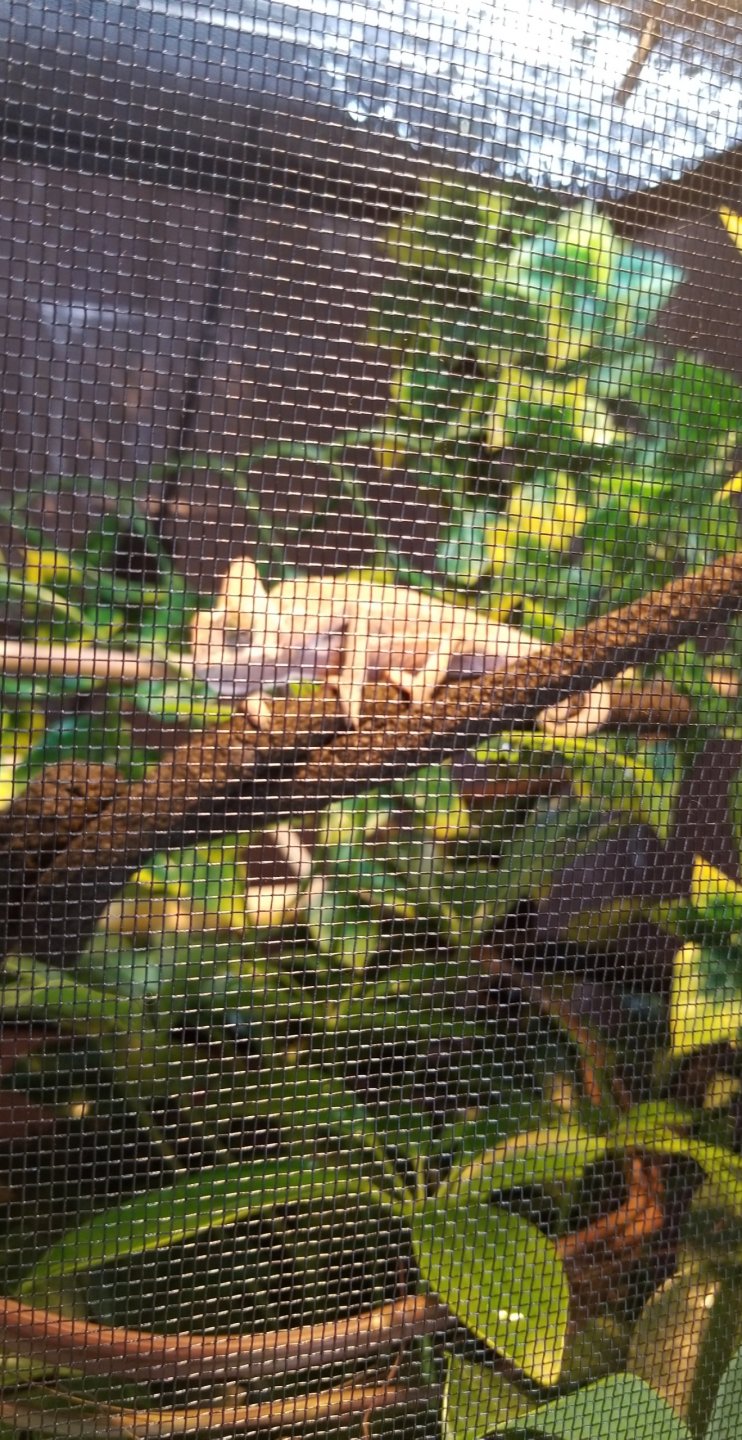 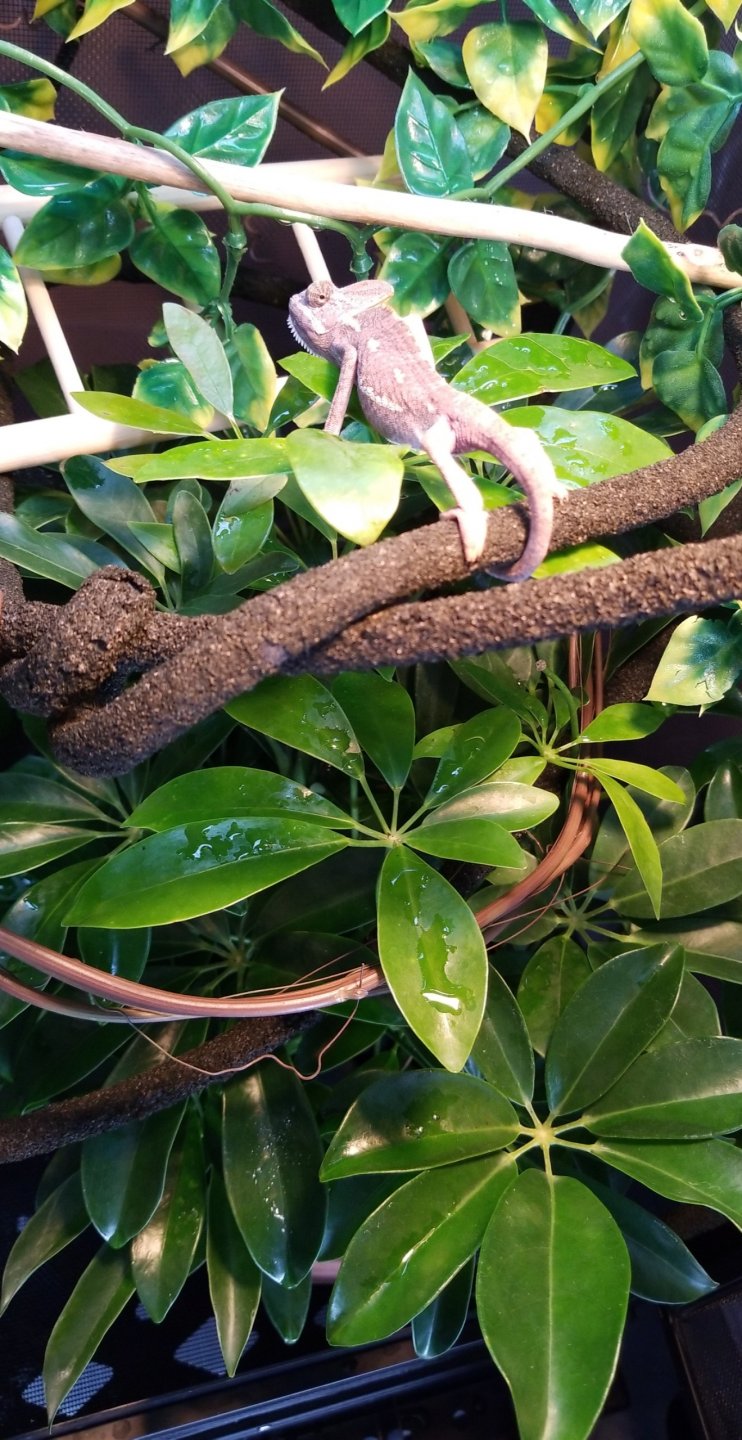