We’ve had two back to back weekends with 60-70 degree weather (vs snow in the middle of the week)... so I took advantage of the chance to do a deep clean of the chameleon cages. Charlie has/had a URI and I’ve been battling mealybugs in the enclosures... so they were due to be stripped. Not only that, but they were growing in quite full, which the panthers do NOT favor.

Here are the two Dragonstrand Atriums. Donnie’s (red) cage in particular was getting a bit overgrown and some of the smaller plants were struggling for light and water. Walter’s was also quite thick, so I removed some of the larger plants and swapped in smaller plants that could use a boost. They’ll reover and grow in here in no time! Both of these guys prefer the wide open branches of their enclosures, so I try to keep the top mostly clear. (Where as the veileds enjoy more densely covered branches).

Walter’s looks a bit bare as I took the photo before adding a few more back pieces, and his F Amate hadn’t perked up right yet after its bath. Better in person and he’s quite pleased with his new vines.

I’m happy with them, love the Atriums. Which I could leave the doors off 24/7! 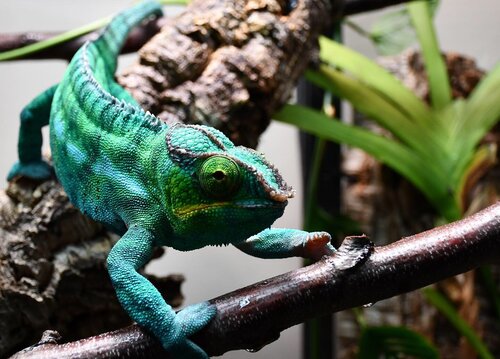 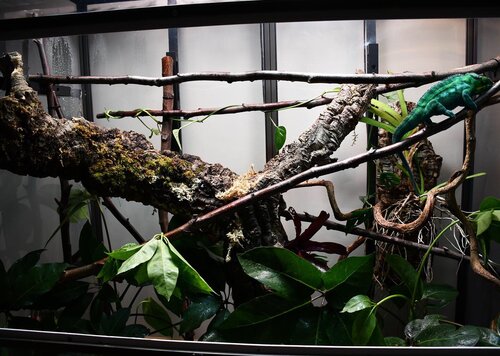 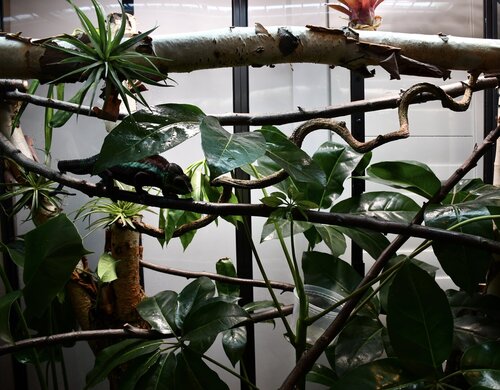 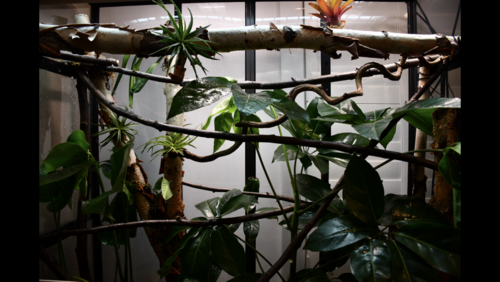 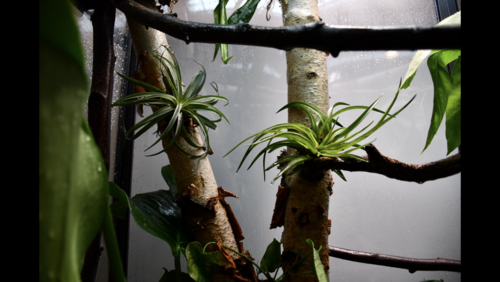 Someone’s been working out...
view our sponsors

janjan20 said:
Someone’s been working out...
Click to expand...

Oh god... why? Can you see my reflection or something? I was rocking soccer pants and flip flops