Staff member
One of the things I've always wanted to photograph was a birthing sequence from a viviparous (live bearing) chameleon species. As many who have bred viviparous chameleons know, this can be difficult as females give fewer indications of when they are going to drop their clutch than oviparous (egg laying) species and tend to finish dropping their clutch faster as well.

Fortunately this morning I happened to walk in on a female Nou Forest Montane Dwarf Chameleon Trioceros cf. hanangensis (often sold as "Red/Jeweled rudis" chameleons) giving birth. Here is a shot of the female who gave birth and a male of this species: 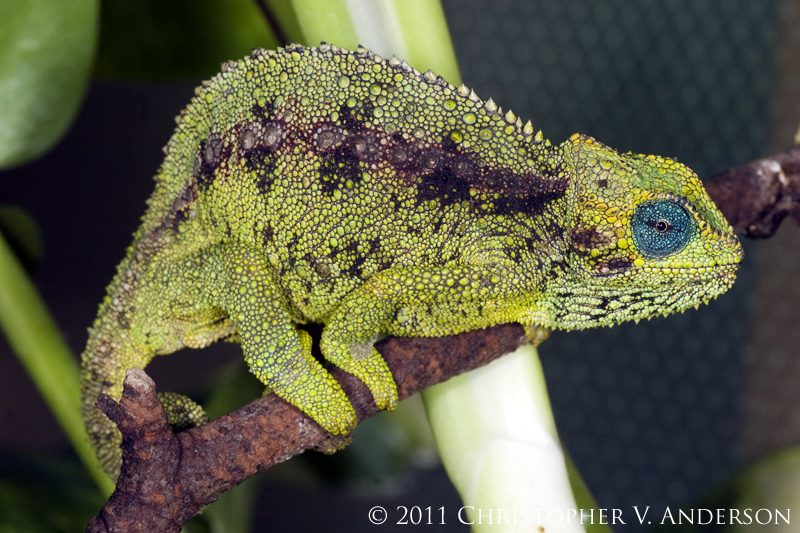 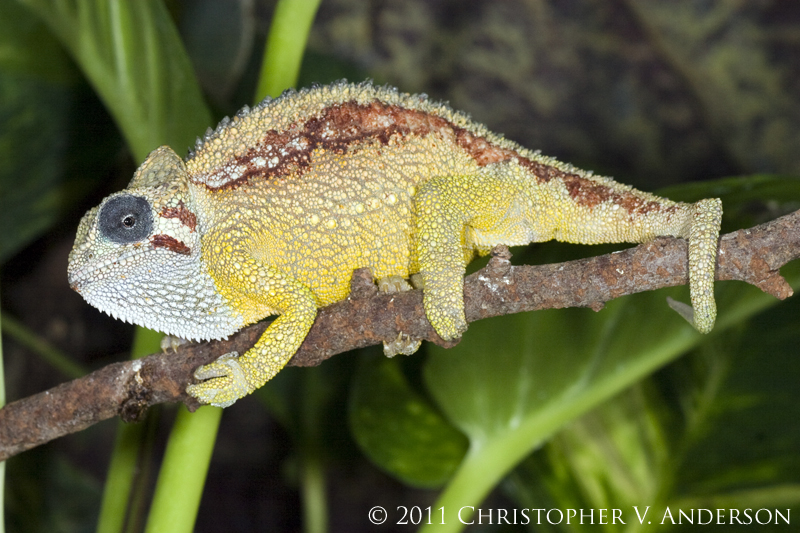 Not wanting to disturb her too much, I had to make due with whatever photographs I could get without moving her from where she happened to be. As a result, I was only able to get photos of her depositing a "slug" (unfertilized egg sac), but I was able to get good shots of a neonate in its egg sac and during the process of breaking free. So, here they are: 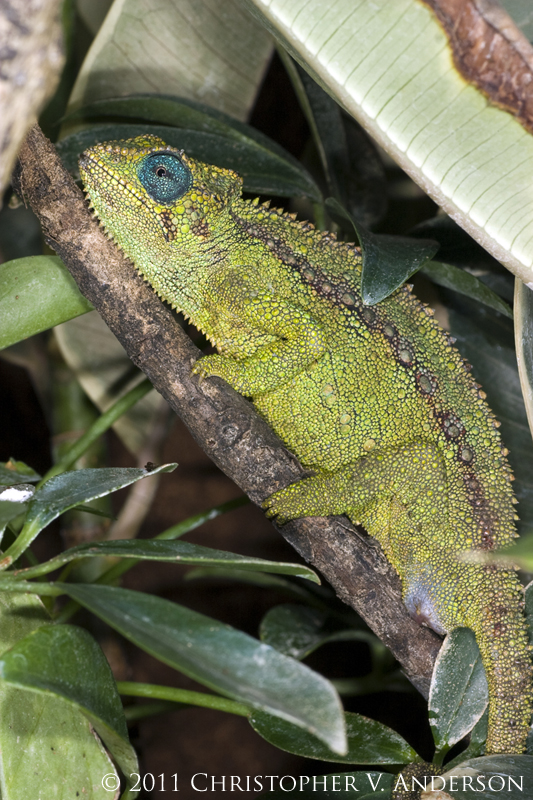 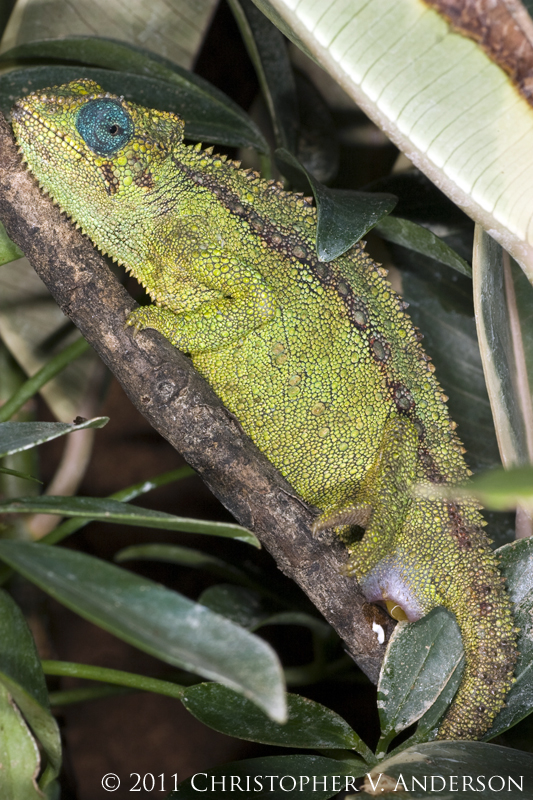 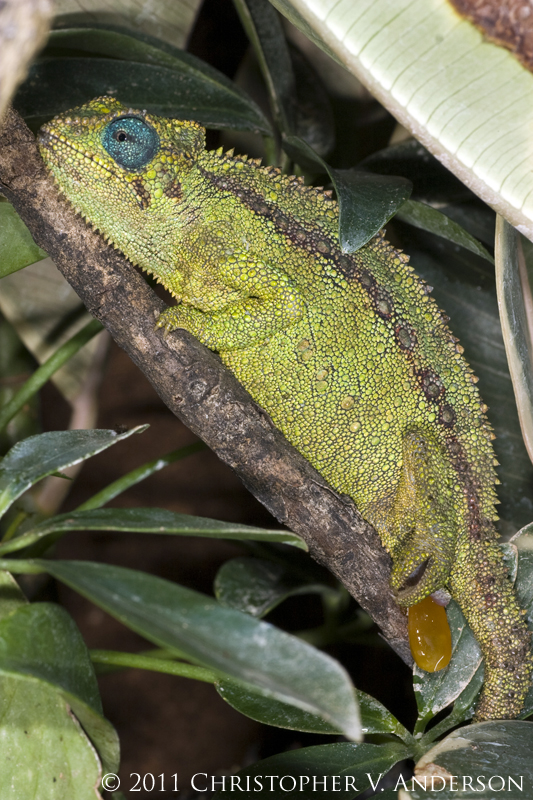 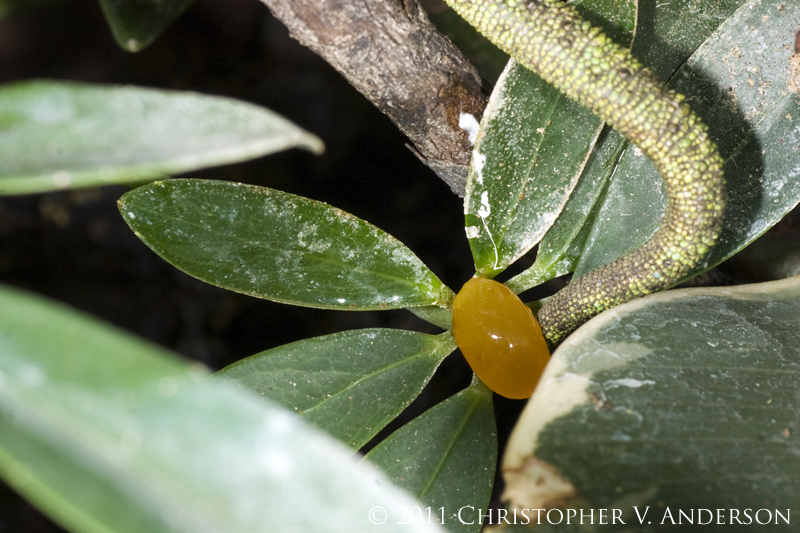 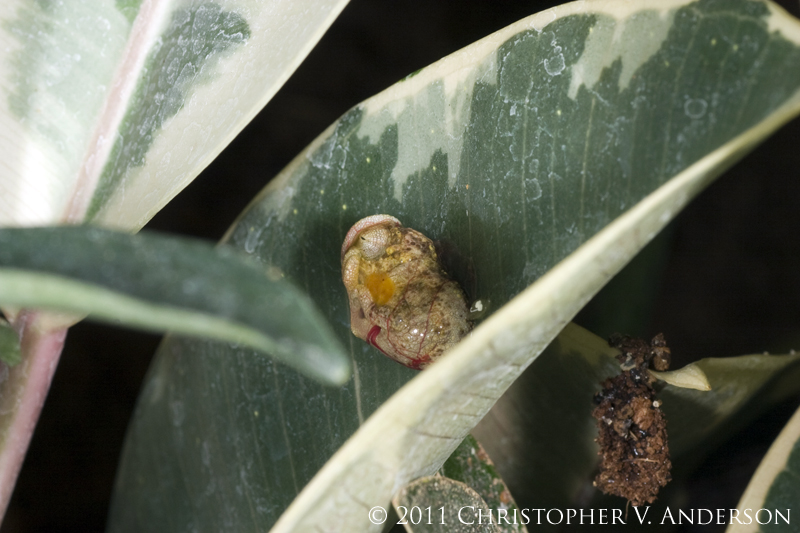 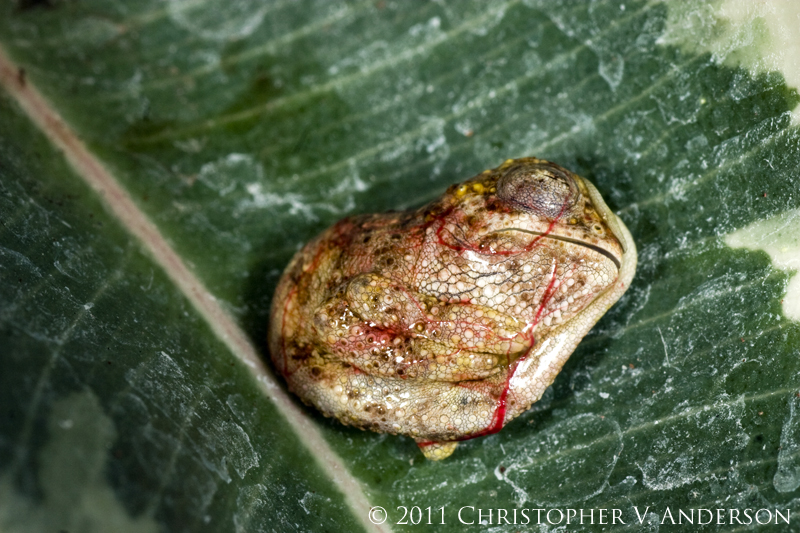 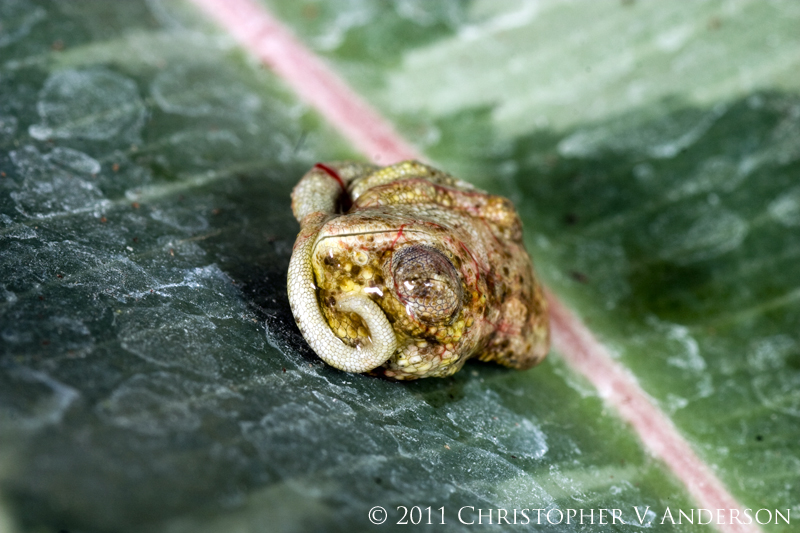 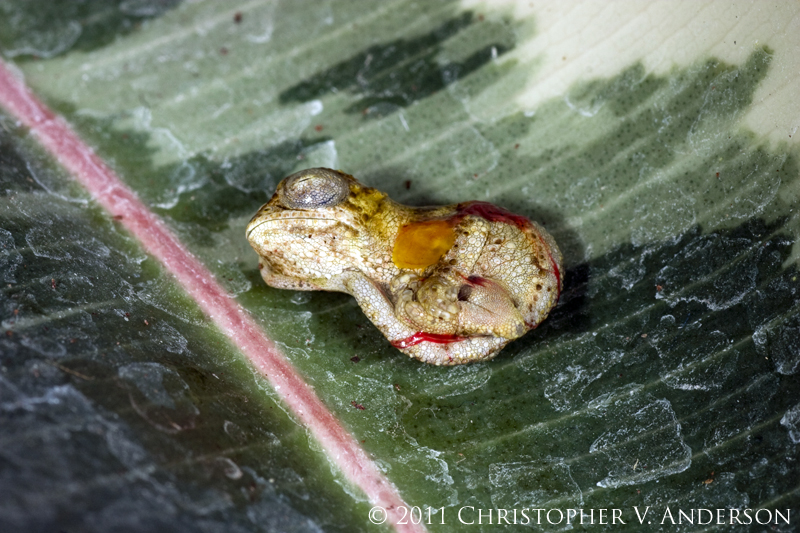 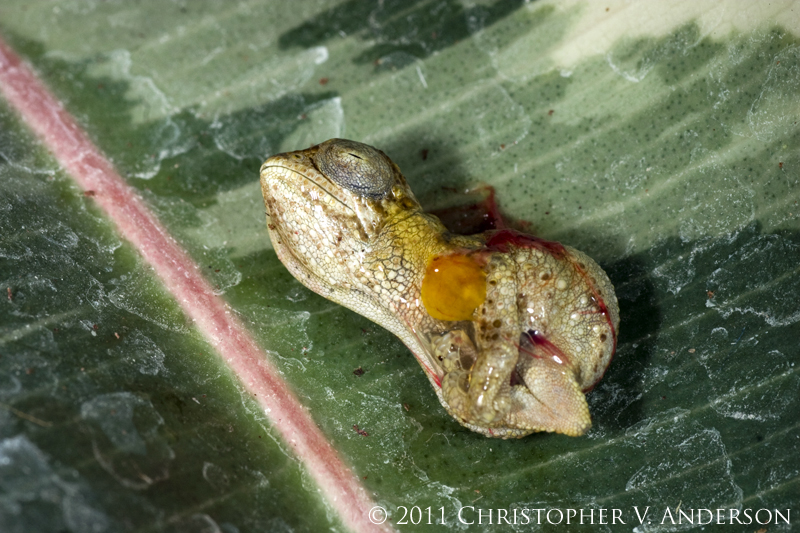 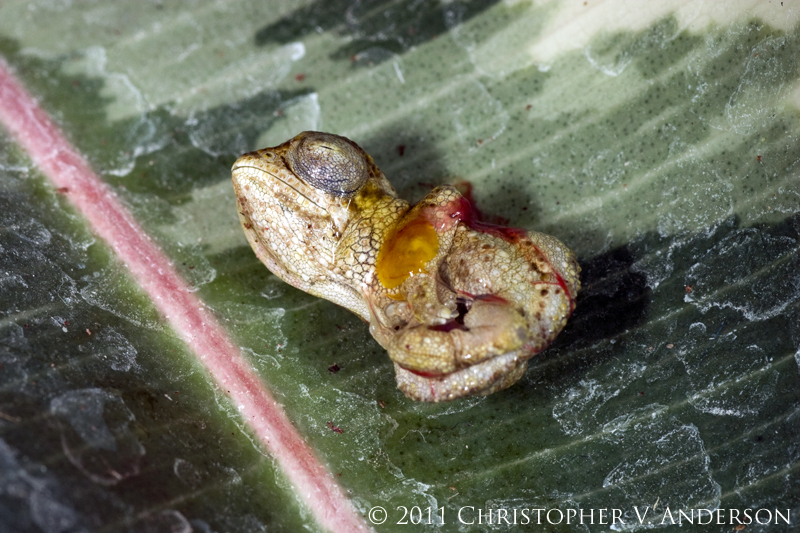 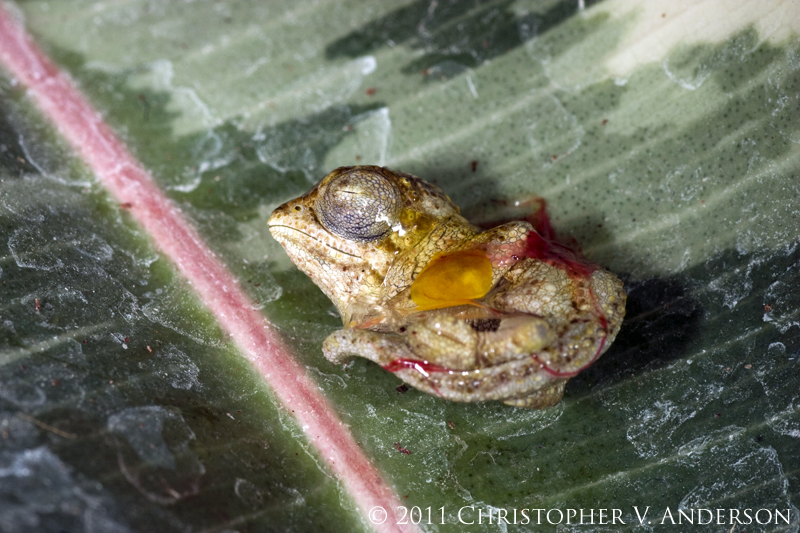 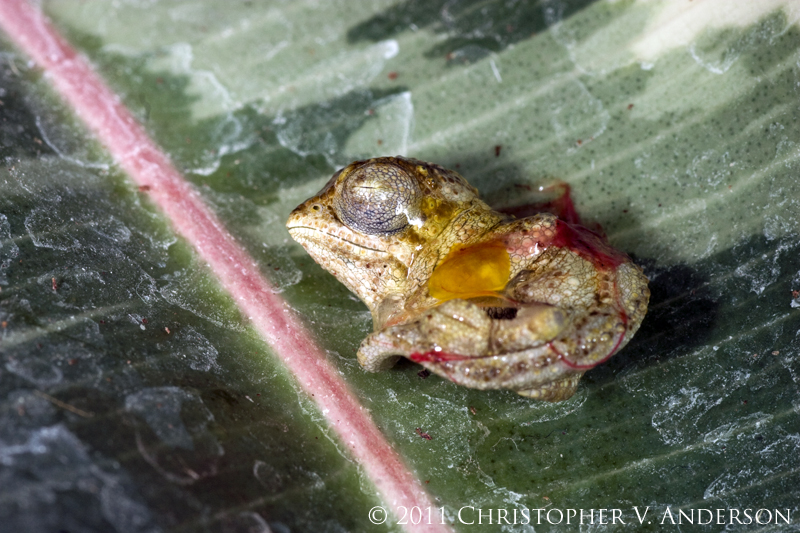 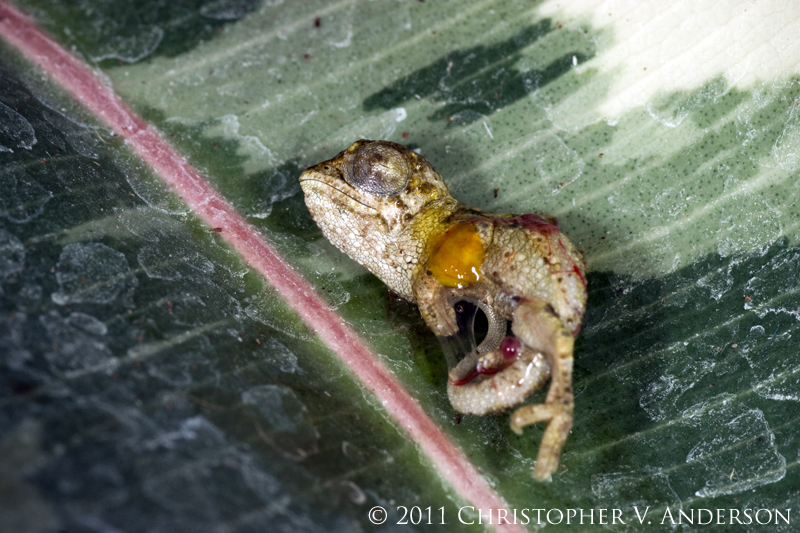 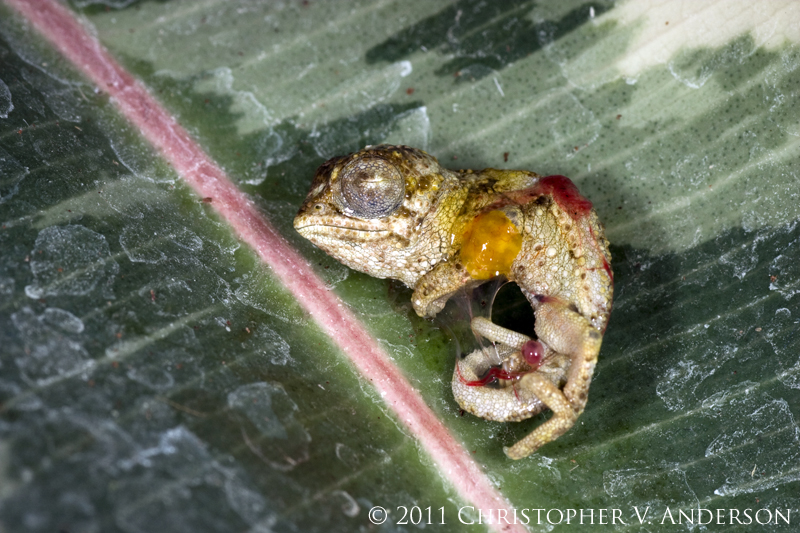 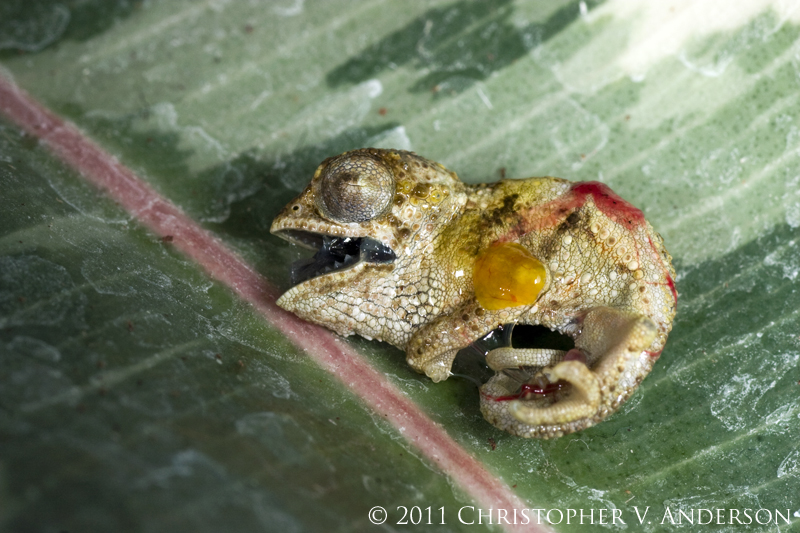 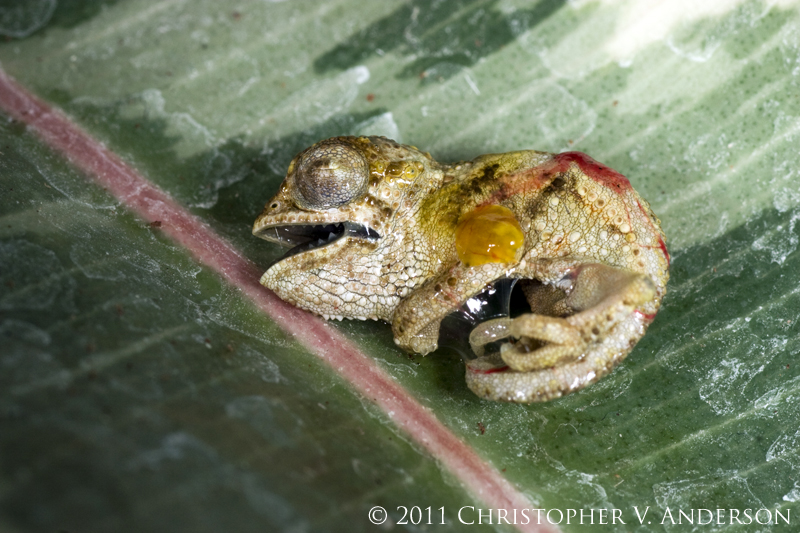 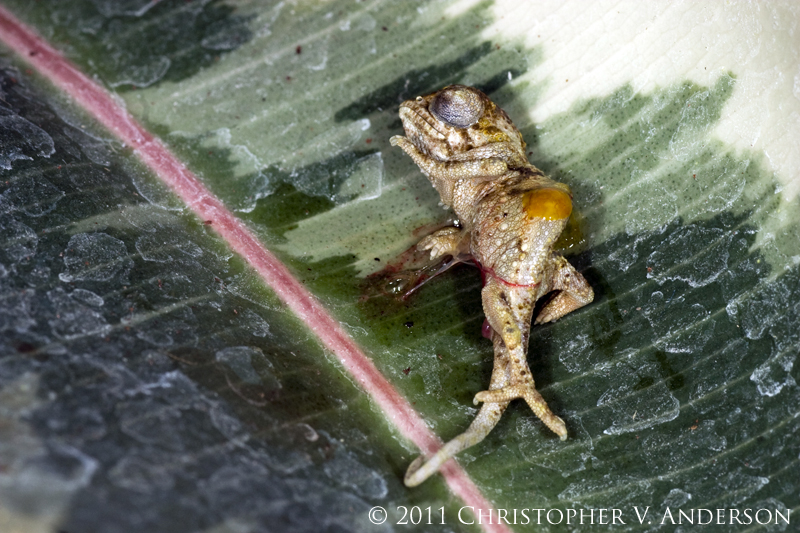 In total there were 8 live neonates, 2 still borns and 2 slugs in the clutch. Here is one of the neonates less than an hour after it was born: 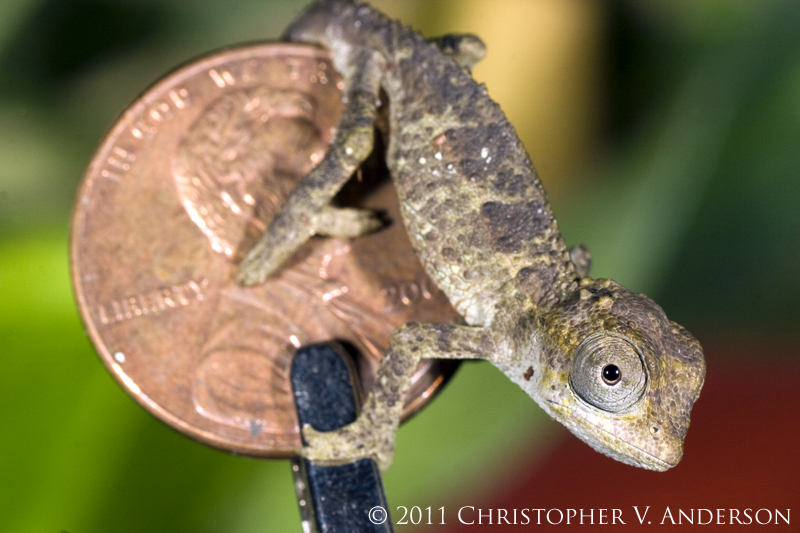 Great pics, Chris (as usual)!! Thank you so much for these!! I've had a couple Rudis give birth and one of them I got to watch as it happened. It is really remarkable!

Awesome pictures Chris. Those guys have some mean little teeth!

Truly inspiring photos!!! Thanks so much for sharing these with us. Beautiful chams you have there!

wow thats awsome, i always wondered what to call those egg sacs my female jax laid all those years ago, never knew to call them "slugs" lol

Awesome pics!! Thanks for sharing!

Absolutely phenomenal pics, congrats on the little one!!

Wonderful! Thank you for sharing.
I hope they all do well

I absolutely LOVE this picture showing his teeth!!!! You have to forgive me because I have a thing for teeth,....but WOW!!!

Amazing series of photographs, thanks Chris!

Great pics Chris ! And good luck with raising the juveniles, after my experiences they are one of the most problematic vivparous species to raise

This blew my mind, absolutely incredible!! Thank you for sharing...I was first looking at these pics on my phone and freaking out with excitement, I had many people stare at me.

Thats so wonderful and compleatly beautiful. congratz on the babies.

Very fascinating! I see you were able to capture some awesome shots! I hope mom and babies are all doing well.