I was just wondering how often twins, that is 2 lizards being born from the same egg, occurs for breeders of chameleons. Has anyone here ever had it happen? If so, did they survive?

Oooh, I just saw a picture from a breeder that had triplets from the same egg. One was alive and the other two had died. Hopefully, he will post pics sometime soon.

Wow! What species? I knew twins have happened in pardalis and jacksoni but never heard of triplets. Was it one huge egg??

I don't want to steal his thunder.. very cool, though! I am sure he will be posting soon.

Here are a couple of pics from a friend of mine. Very interesting and goes along with what you're talking about. 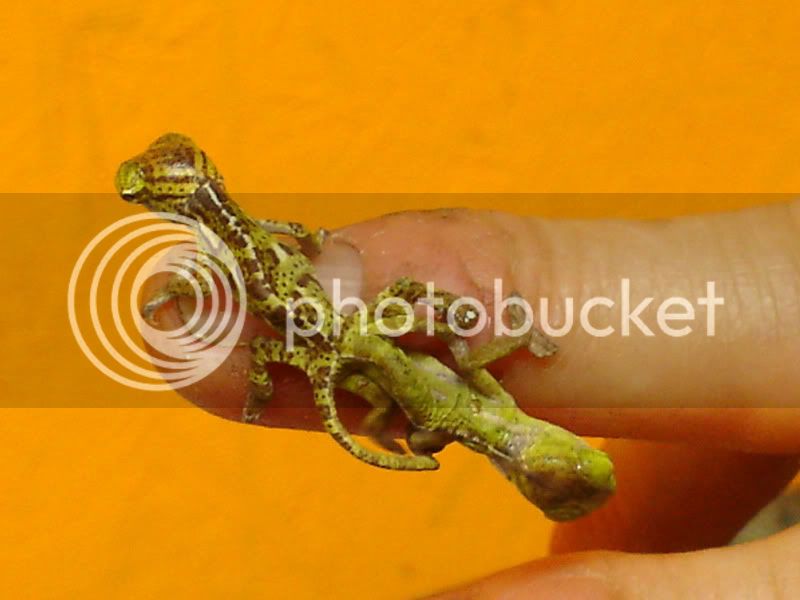 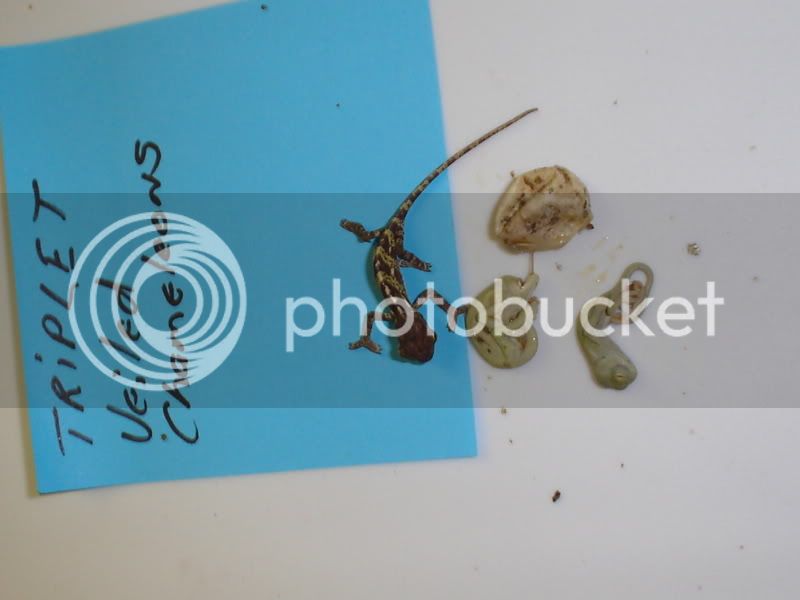 Whoaaaa! Ain't nature grand??? So, how old is the triplet that survived and what do you think it's chances are? Did it hatch on it's own?

In the early 90's I had two eggs from the same pardalis clutch that each had 2 babies inside. One of them hatched but the twins were very small and only lived a couple weeks. The other egg sweated but didn't slit so I manually opened it. The two babies were alive but never "awoke" and stayed in the incubator until they expired. Both of these eggs were not any larger than the others.

Finally, I was basically wondering if anyone did have multiple births that survived into adulthood, were they same sex, look alike, etc?

Edit: Mike, I think all I read was "Here are a" and then the words no longer mattered. I just went back and realized the pics are from a friend. Nevertheless, if you know the answers to those ?'s I'd love to hear.
Last edited: Jul 30, 2007

Digging up this thread from last summer....
Today my female ambi laid this long egg, that looks like two joined together and I was wondering if you guys think it may be a twin...or something?? I noticed Kent said that his twin eggs looked no different than the others so does anyone have any ideas about what might this be, a triplet or siamese twin? 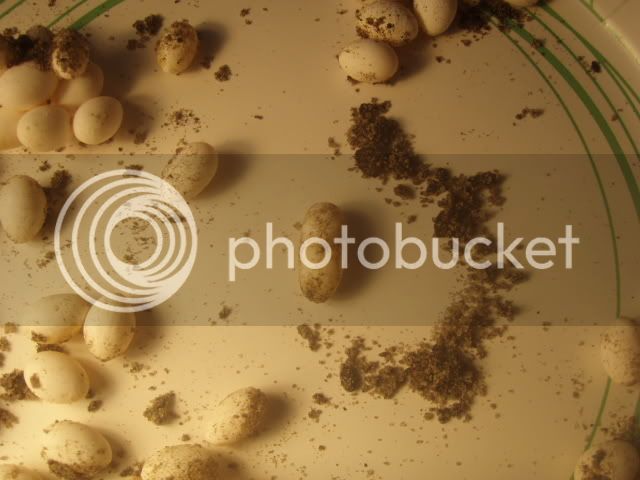 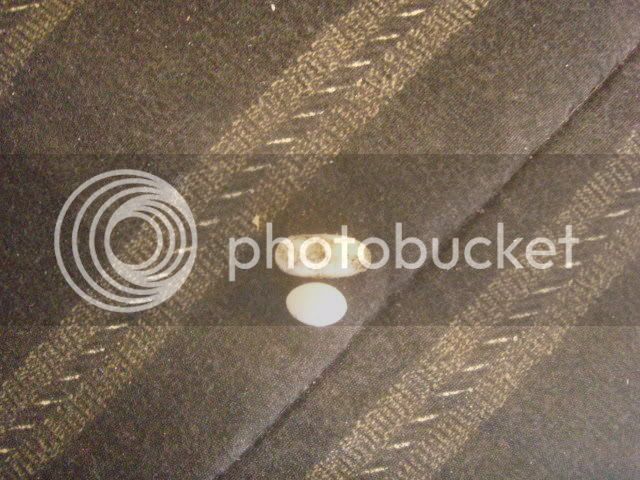 Thanks for any help or input.

That is from last summer? What happened with that crazy egg?

i think she means the thread is old.. the egg is recent...

FOREVER ENDEAVOR said:
i think she means the thread is old.. the egg is recent...
Click to expand...

Well anyhow, let us know what happens with the egg!

Yep, this is an old thread, but this egg was laid yesterday.
Ok I have gotten a pretty solid answer. Normally as Kent pointed out twins will hatch out of the same normal looking egg. My question is how would you know if you ever had them and which ones they are without watching them hatch. They would both feed off the same yolk for a while and hang out around the same egg shell?
From what I understand Sarabi's long egg will either be normal or like Forever Endeavor said a HUGE Hulkmeleon (which I will call Hulkmeleon if it makes it). I'm hoping for a Hulkmeleon!

So does anyone know about that siamese twinned chameleon did he(they) survive??

how long before you can candle that bad boy?

It depends on when they breaks diapause, anywhere from 3-6mo until development begins. So around September or so then I suppose we could candle it.

suppose? wouldnt that be informative?

Oh, this is exciting. I hope you get Hulkmeleon too!

OK, what happened to that hulk egg?