Opinion Needed is this a Nosey Be?

Hey guys this cham was sold to me as a nosey Be baby. Now this was a nightmare from the get go. Breeder shipped out babies that MIGHT have been a week old, but I doubt it. So somehow thanks be to miracles this baby survived and is coloring up. Now this is the first Nosey Be I've had so I am wondering do they always show this much color, because if this had come out of my female I'd have been a proud parent of a smoking colored ambi. I think the little guy is about 4 months old in the pict.
SO experienced Nosey people, what do you think?
I tried a search, but couldn't find anything that really addressed this topic with pictures so I could judge for myself.
TYIA!
sharl

doesn't look like a nosey be to me...looks to be an ambilobe.

Sorry, but this guy definitely looks like a Ambilobe, have you contacted the seller?
I

he very cute .. whatever he is
im still new to all this so i would not know

Looks like an Ambilobe to me. You did a nice job raising him if he came in so small
Last edited: Jul 16, 2013

I agree with the others, you have an Ambilobe. Good looking little guy, too.

Here's a pic of my Ambilobe, Loki, from around the same age as your guy in the pic with similar coloring: 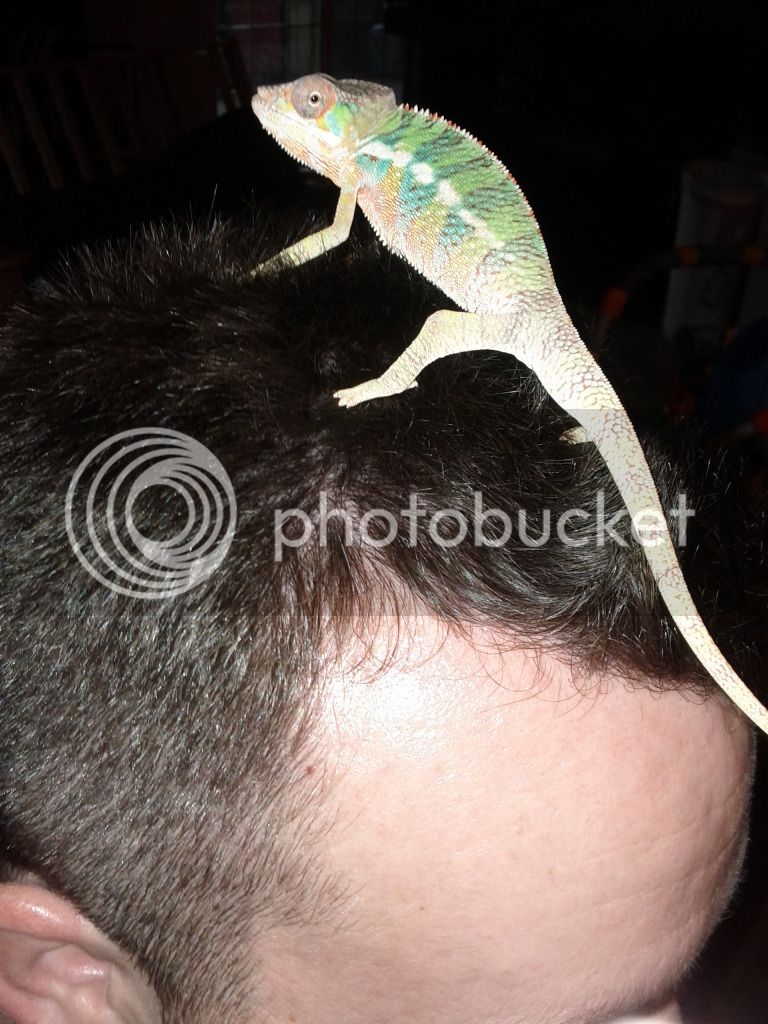 Here's a pic of my Nosy Be, Poseidon, at around the same age for a comparison: 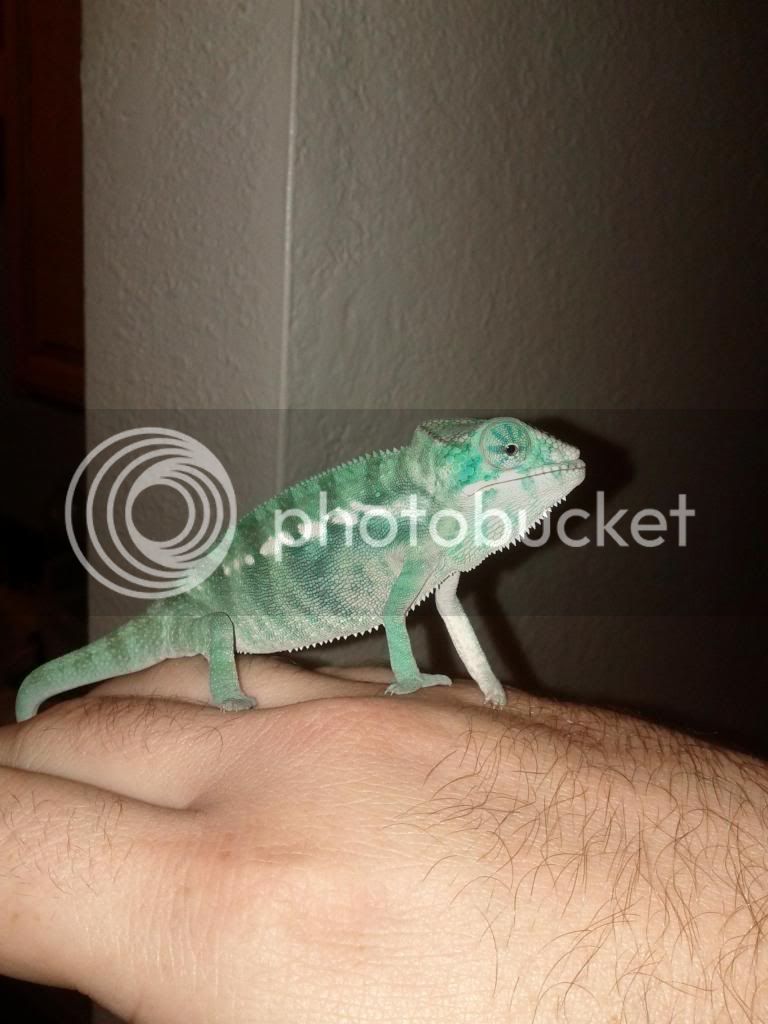 Here he's mostly green and teal with a little blue starting in the bars near his mid-section.


It's a bummer that your guy isn't the locale you were hoping for but he looks like he's going to be a great looking dude all the same. I had the same thing happen to me... My Poseidon was sold to me as a female BB Ambilobe and then starting developing his bulge and coloring up about a month after I had him. He's now about a year old and has some awesome blues and is hands down the friendliest cham a have and I wouldn't trade him for the world.


I love the fact that your little guy survived a rough start from a very young age and now looks to be thriving in your care
Last edited: Jul 16, 2013

Thanks everyone, while I'm not a stranger to baby raising, these guys were a serious challenge. Shipping stress really took a toll. However he and his sister are doing well.
Chasesoda I have been trying to contact his seller as she does owe me 2 more, but needless to say after months of excuses on why she didn't ship this week she has fallen off the face of the planet. I honestly have not had good luck with trying to find chams online, so I have restricted myself to 3 breeders.
Oh well. I need a new nosey male, so this guy is not going to work for me I will say he is coloring up really nicely though
Thanks all I just needed for other eyes to confirm my suspicions.
sharl

So I take it you'll be creating a Fauna BOI post about this seller? Too many sketchy sellers out there and the animals don't deserve this treatment.

Carlton said:
So I take it you'll be creating a Fauna BOI post about this seller? Too many sketchy sellers out there and the animals don't deserve this treatment.
Click to expand...

Turns out one got started after I got these guys. I don't think anyone will be buying from that person again.
You must log in or register to reply here.