i found this guy in durban south africa. can any body tell me what type it is, i think it may be a flapneck 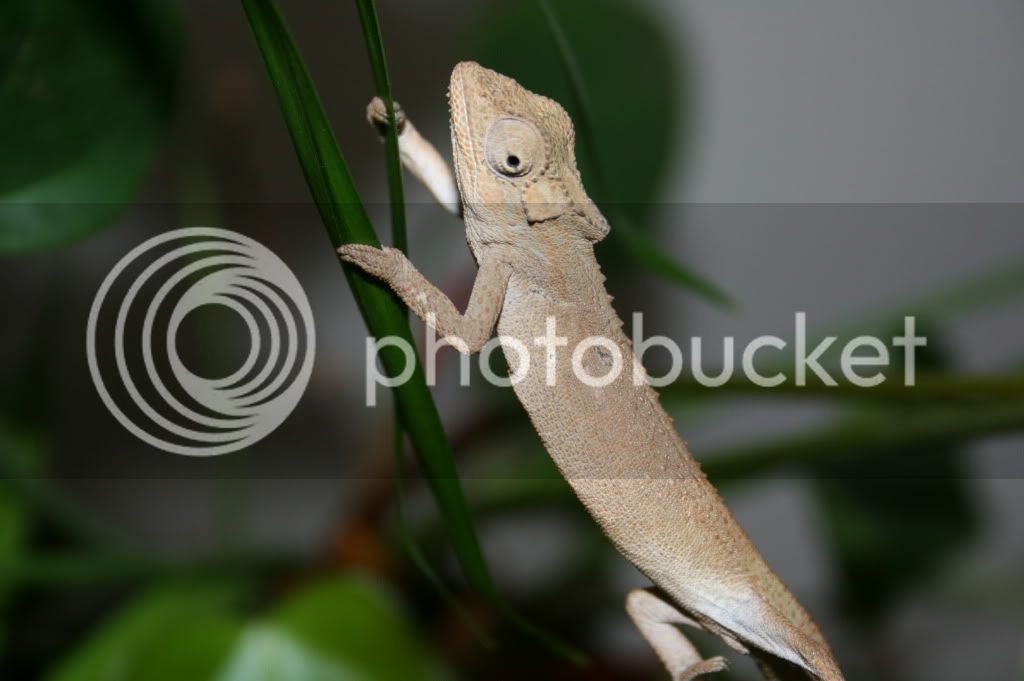 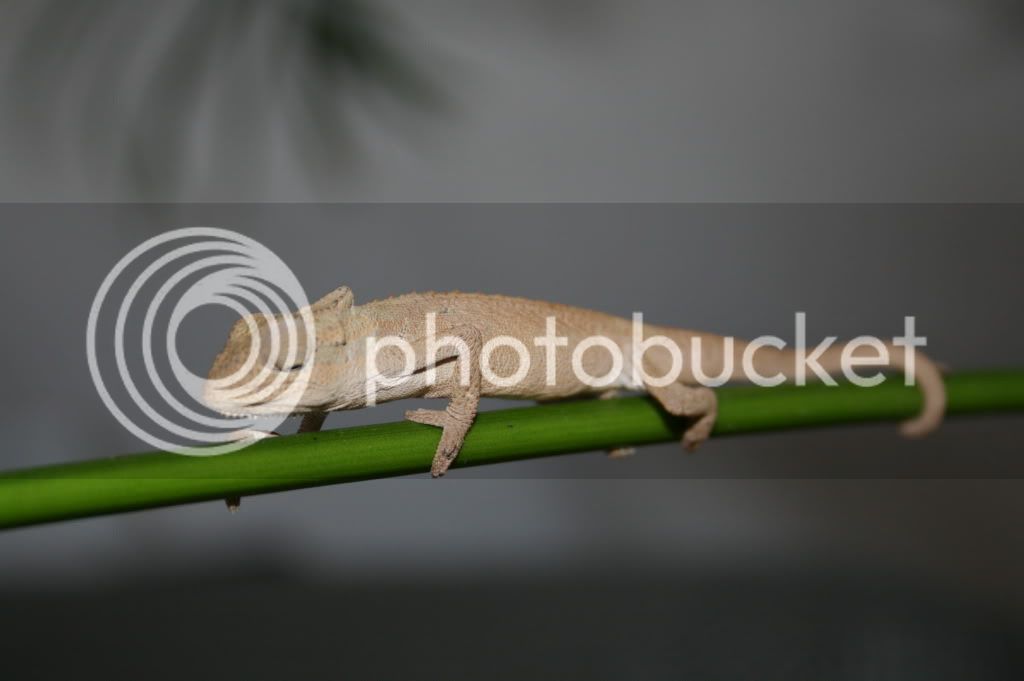 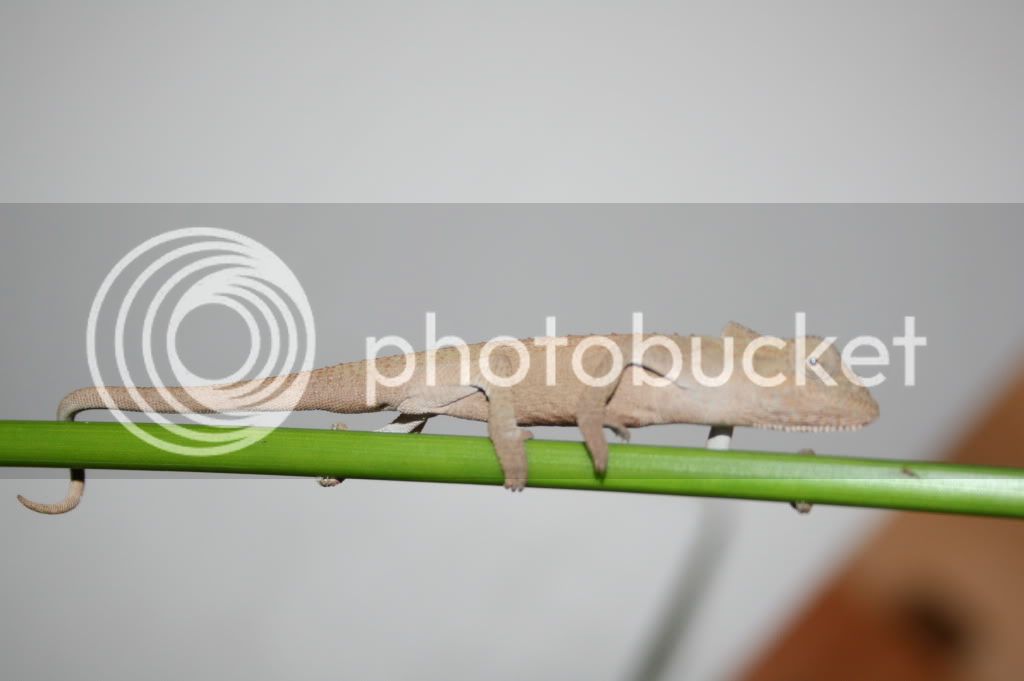 oh and by the way its about 2.5-3inches long

Staff member
I can't tell you what it is, but I can tell you it's not a flapneck. Looks like a bradypodion species...maybe B. setaroi?
S

can anybody else please help, if they are a b.setaroi can you give me a link to there care

Definitely a Bradypodion. My guess would be on setaroi also.

As has been mentioned, this is not a Flap-necked Chameleon but rather a species of Bradypodion or Dwarf Chameleon. I believe it is either a male Bradypodion setaroi or a male Bradypodion caeruleogula but I can't tell which for sure from the photos. Does he happen to have blue interstitial skin in his throat area when he extends his gular pouch? Also, where exactly did you find him? I wasn't aware that either of these species live in Durban but a couple hours north along the coast, definitely.

At any rate, you should take this animal back to where you found it and release it immediately. Bradypodion are protected in KZN and throughout most of South Africa and many of these species are threatened (B. setaroi is listed as endangered). Keeping him is not only illegal but could damage the wild populations. Do the right thing and take him back to where you found him as soon as possible.

thanks for the info i will probably go release him this weekend,i found him near umhlanga its about half an hour north of durban.
it doesnt have any blue around the throat area so im pretty sure its B.setaroi

also just realized i resurrected an OOOOLLD thread...oops!
You must log in or register to reply here.