Young pair of graciliors that I got a lil while back, they are fascinating little ones the male is very calm and hand feeds regularly. He is same one Janet posted pics of a few weeks back. Little girl is a bit shy but has gotten used to the daily routine. 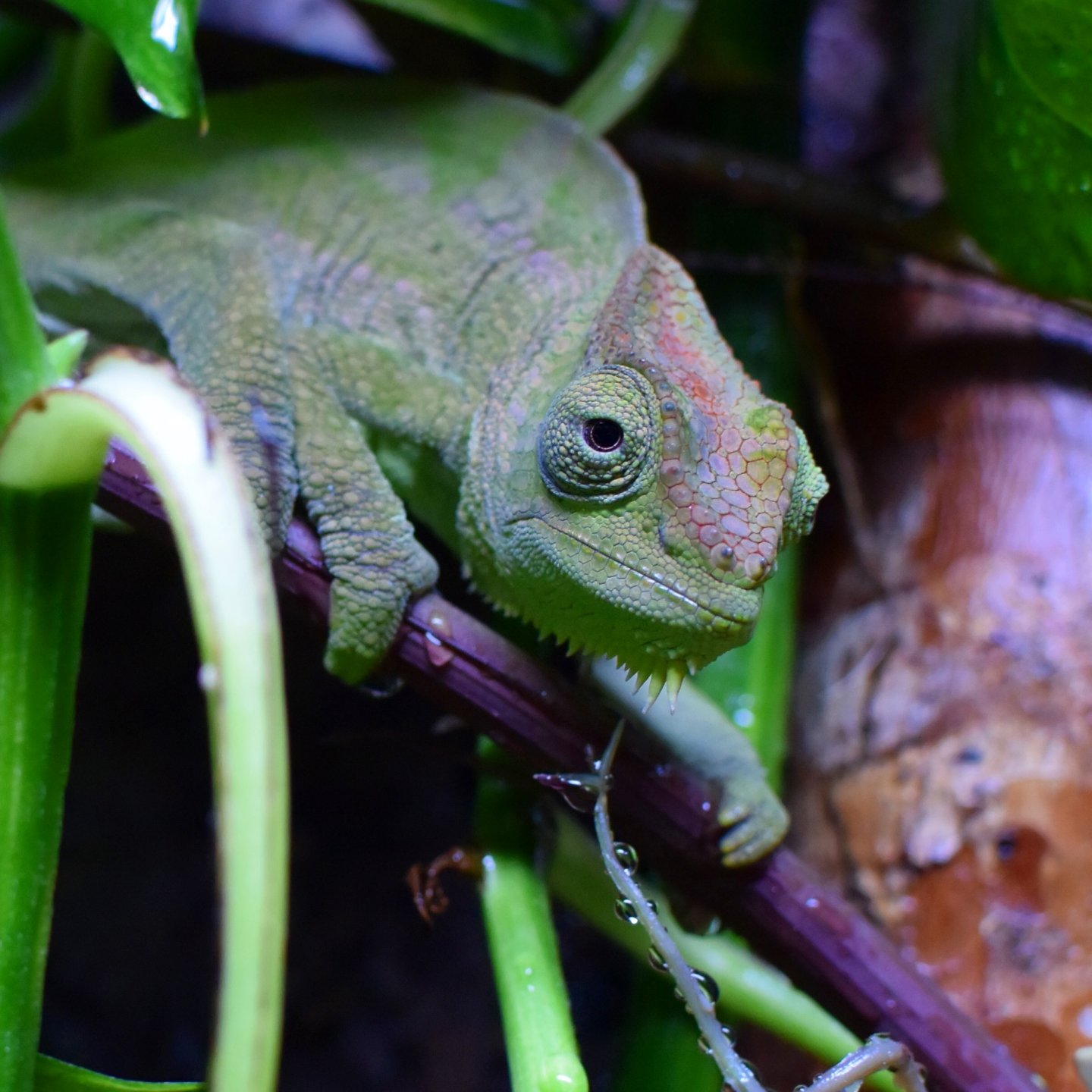 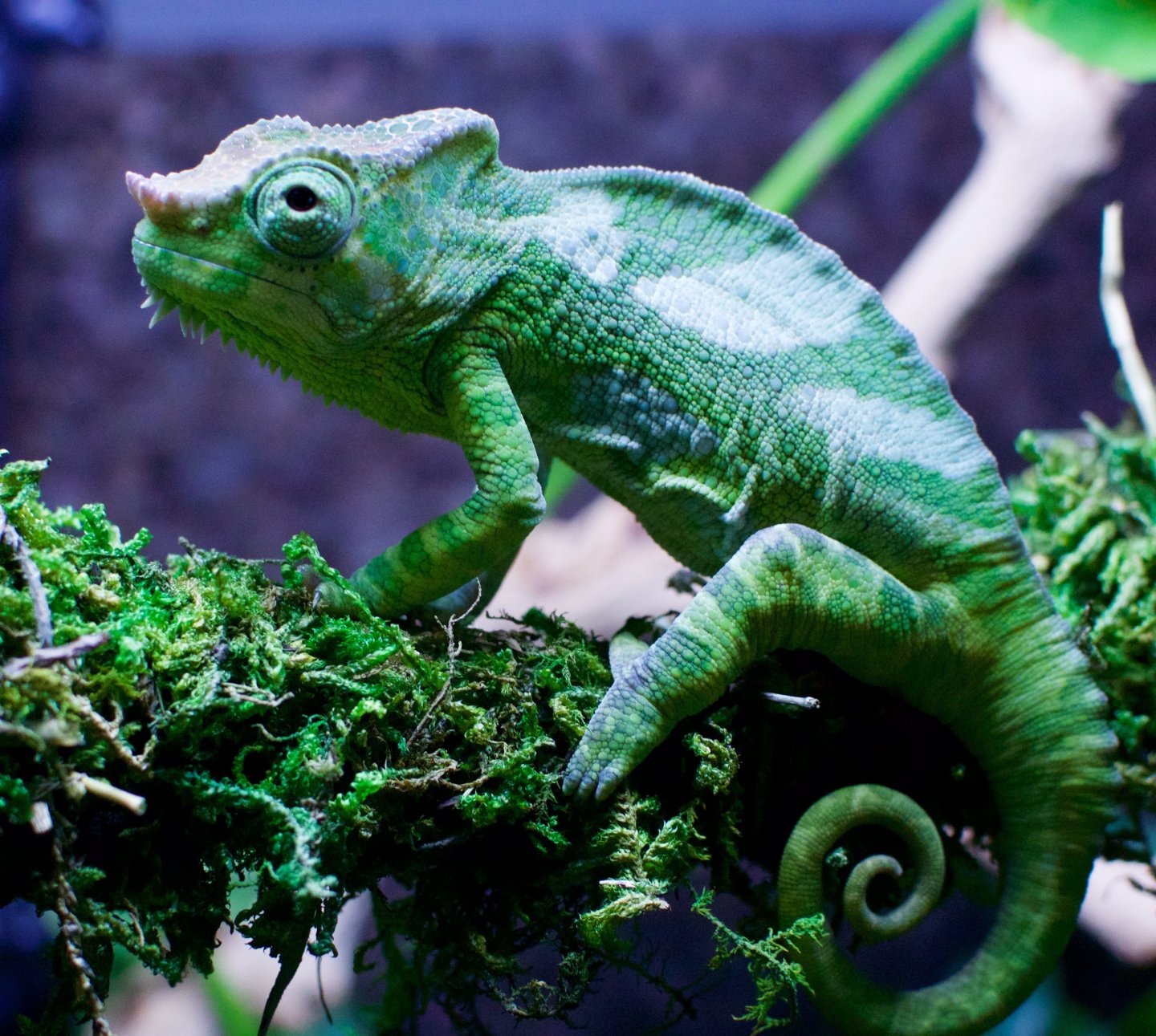 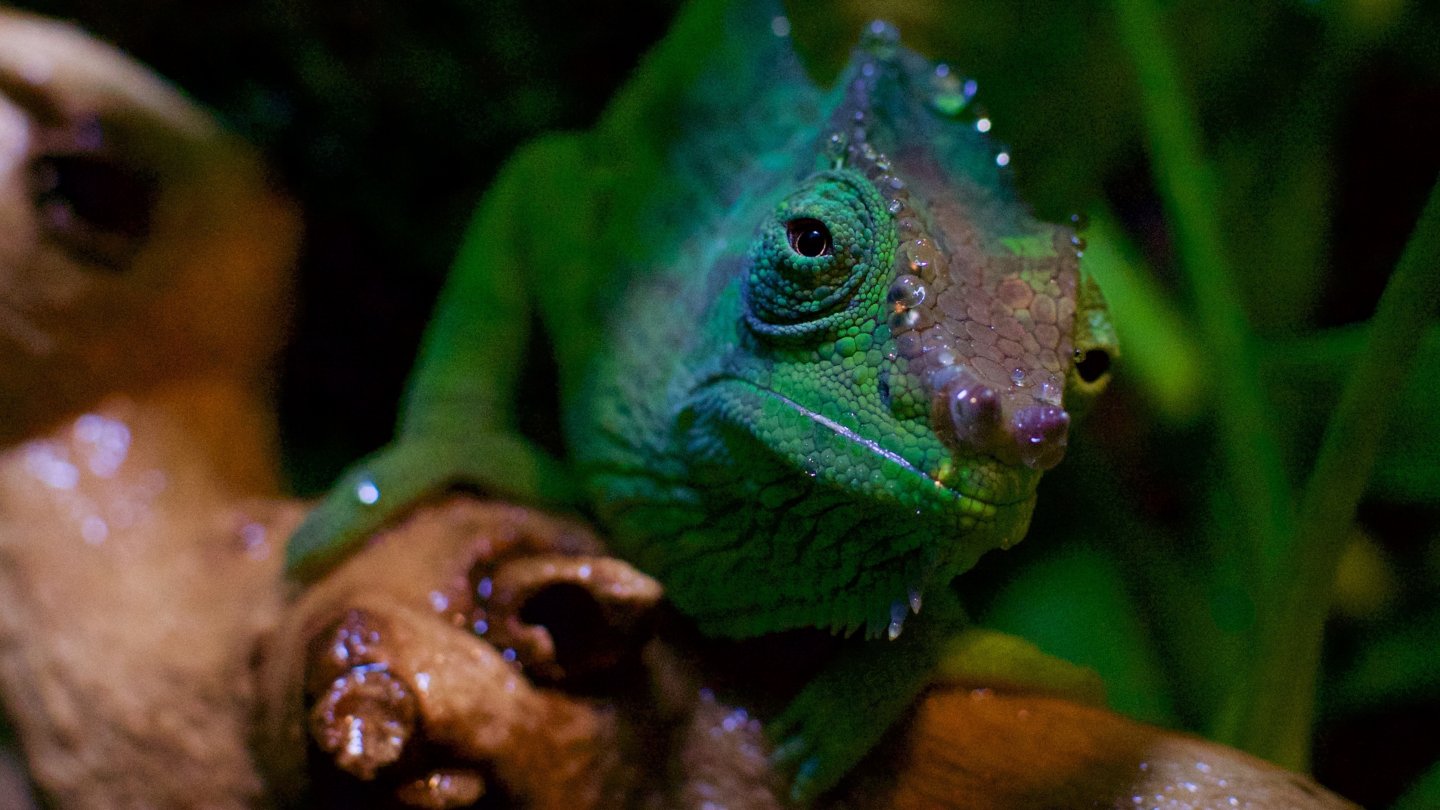 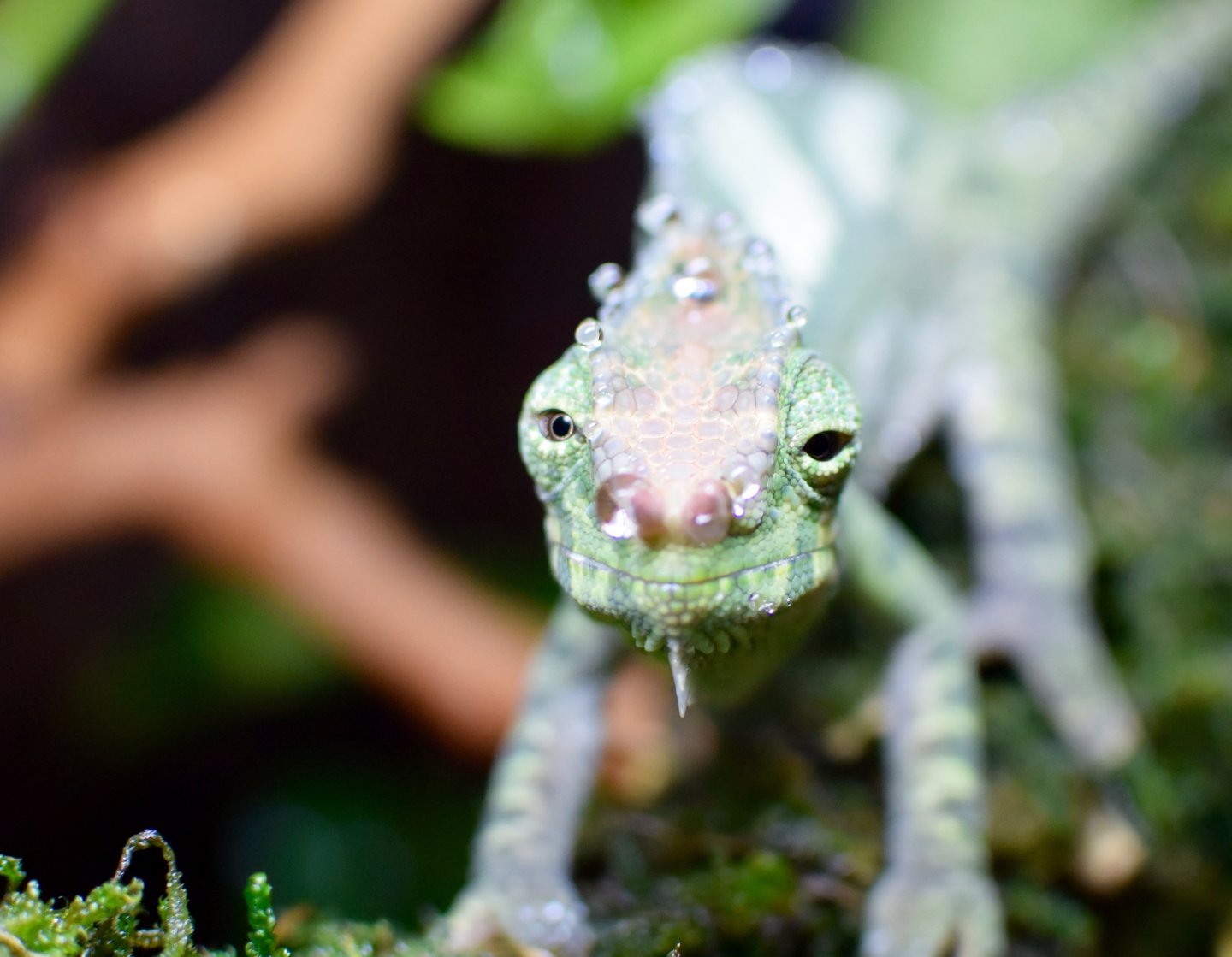 They're beautiful!
view our sponsors

Whoa. Those guys are amazing. Any breeding plans in there future.

Craigwyatt said:
Whoa. Those guys are amazing. Any breeding plans in there future.
Click to expand...

Thanks! I'll be looking for unrelated bloodlines, these are siblings so won't be breeding them together.

Few pics from last weekend, the gracilior male is now over 33g and female pushing 29g probably at 30 by now weighed them first of the month and she has been feeding on anything offered, loves the smaller discoids and BB flys. Starting to see her red nails, tried to focus on them in one pic, the back foot one nail shows hints of red. Male hates the camera but is way more tolerant of me than his sister. Had to have a shot of my adult quad quad, showing his love for the mistking. 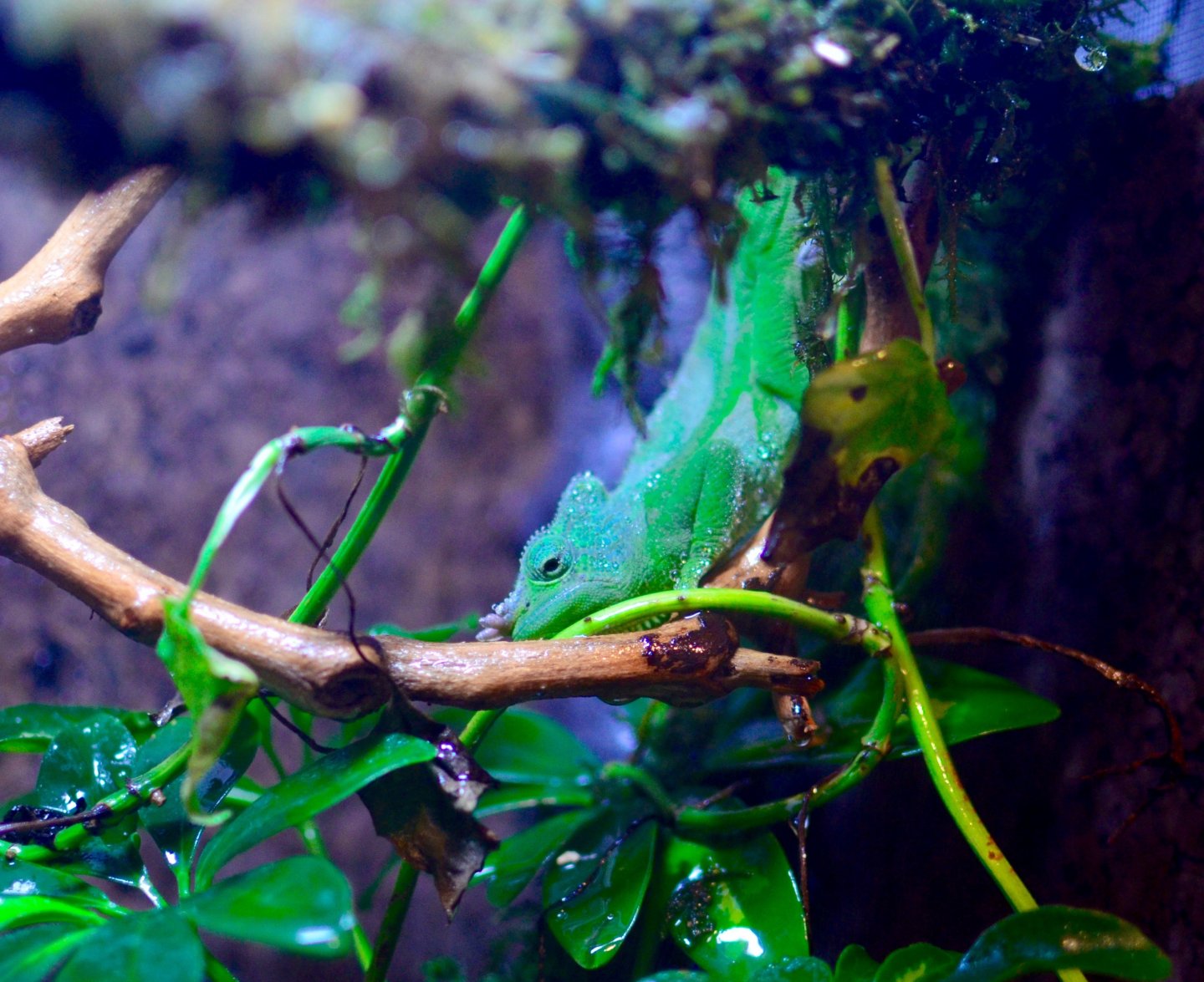 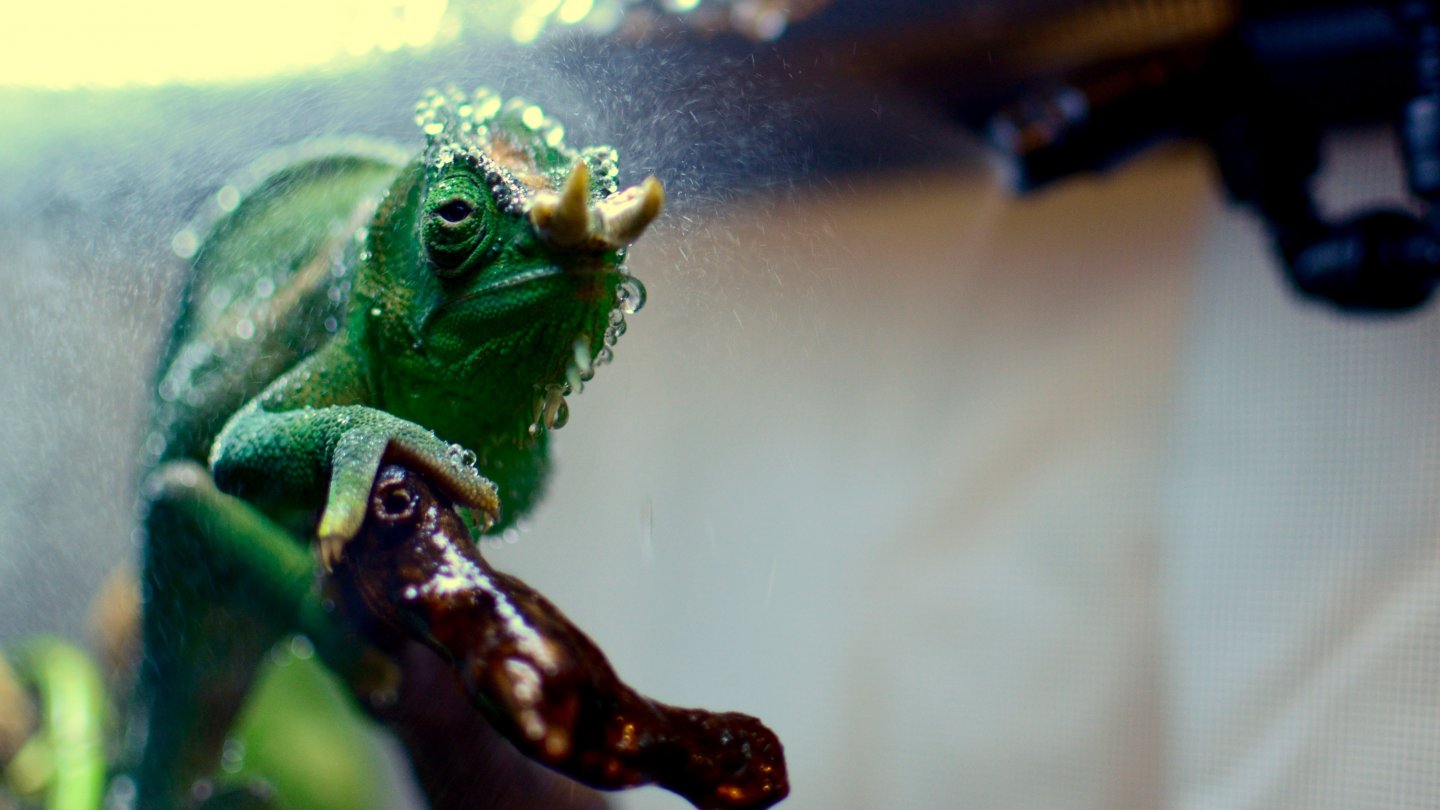 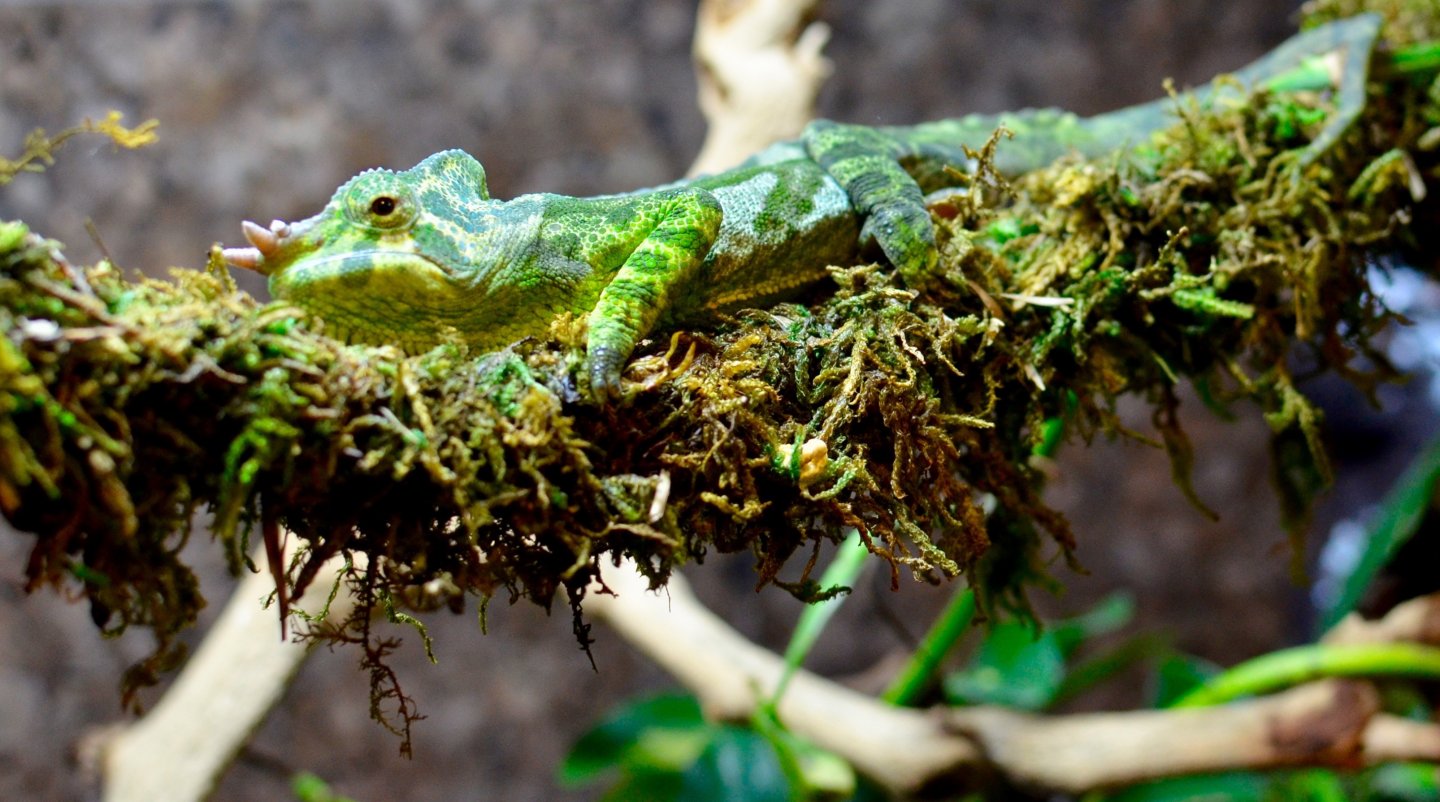 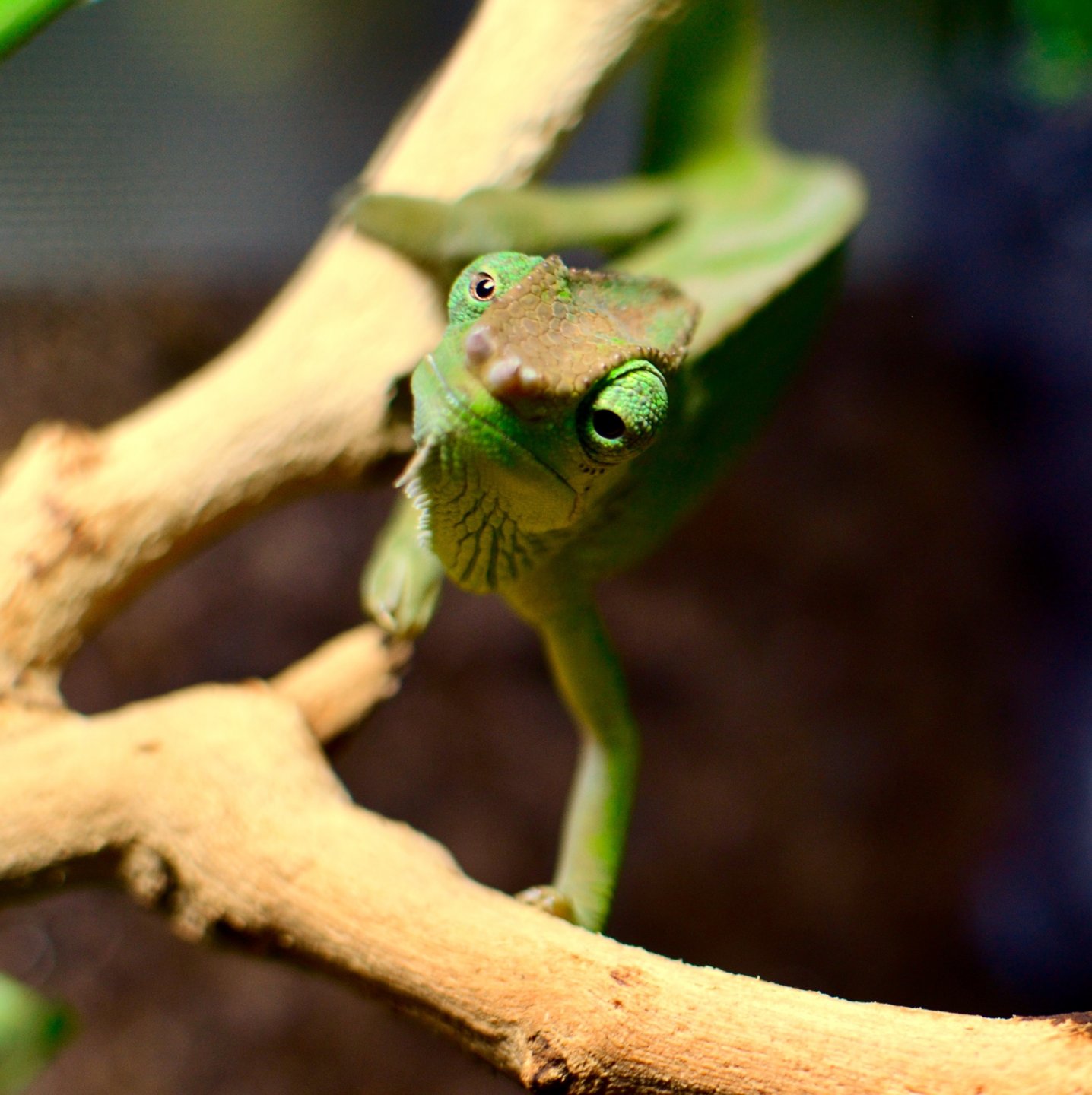 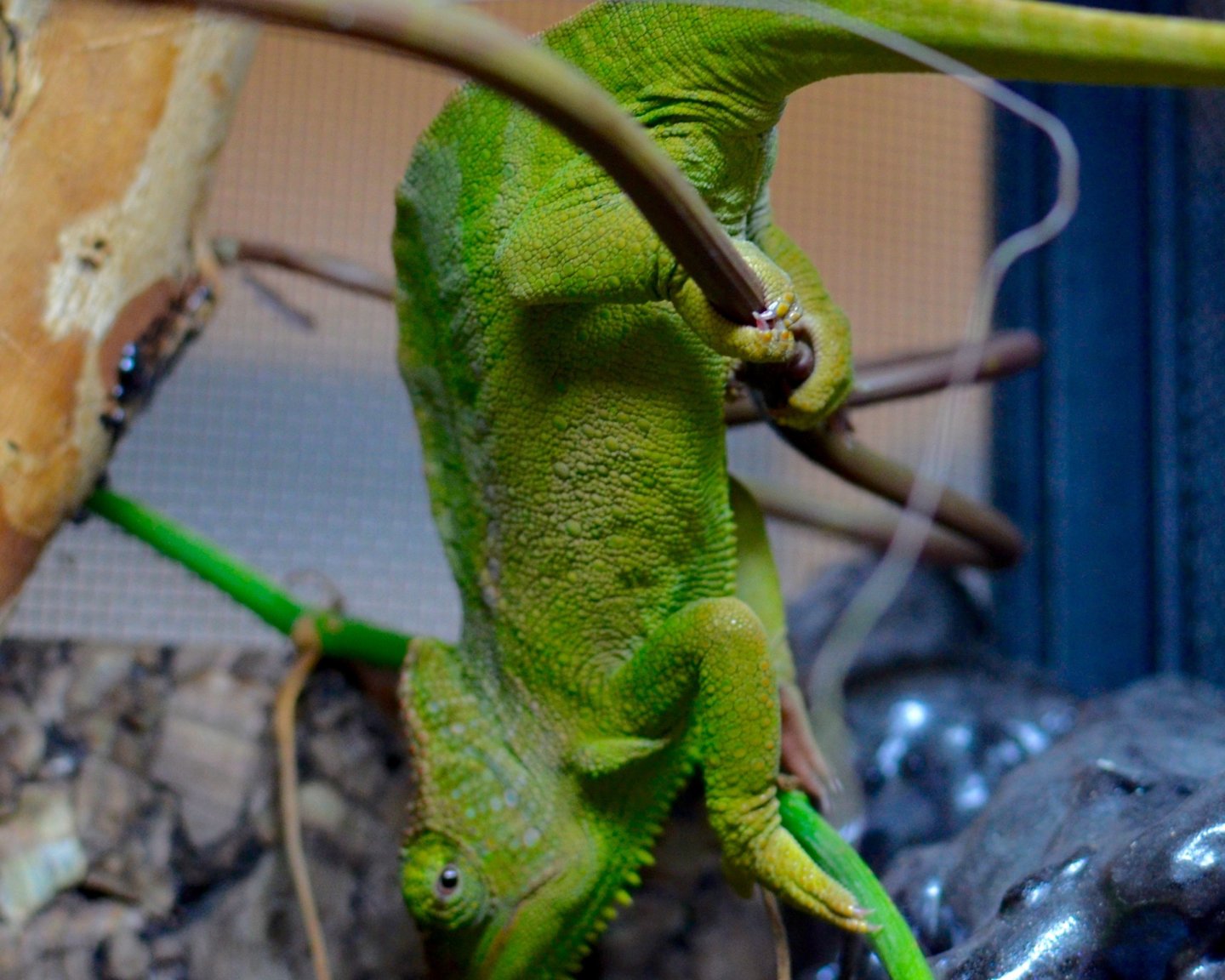 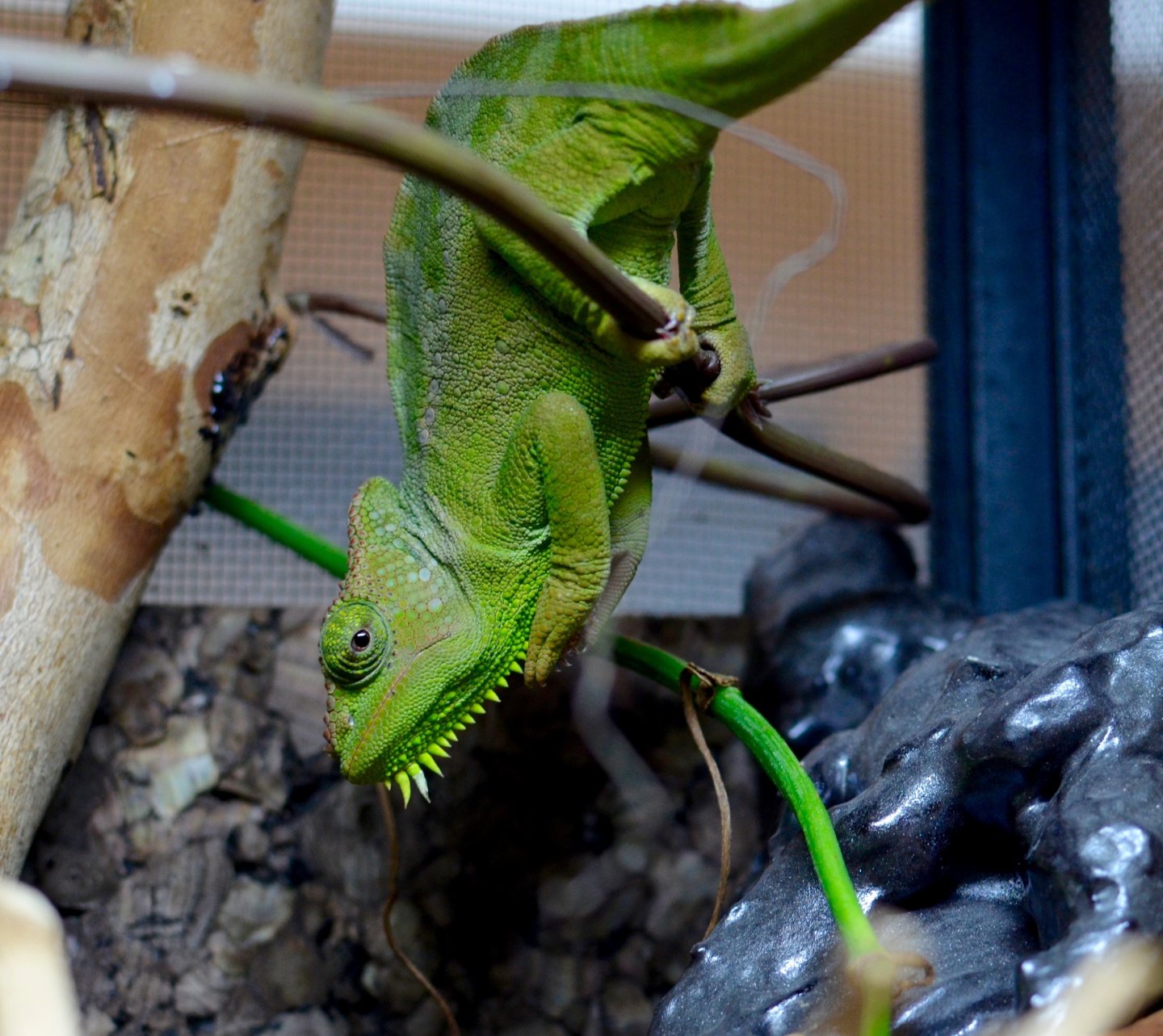 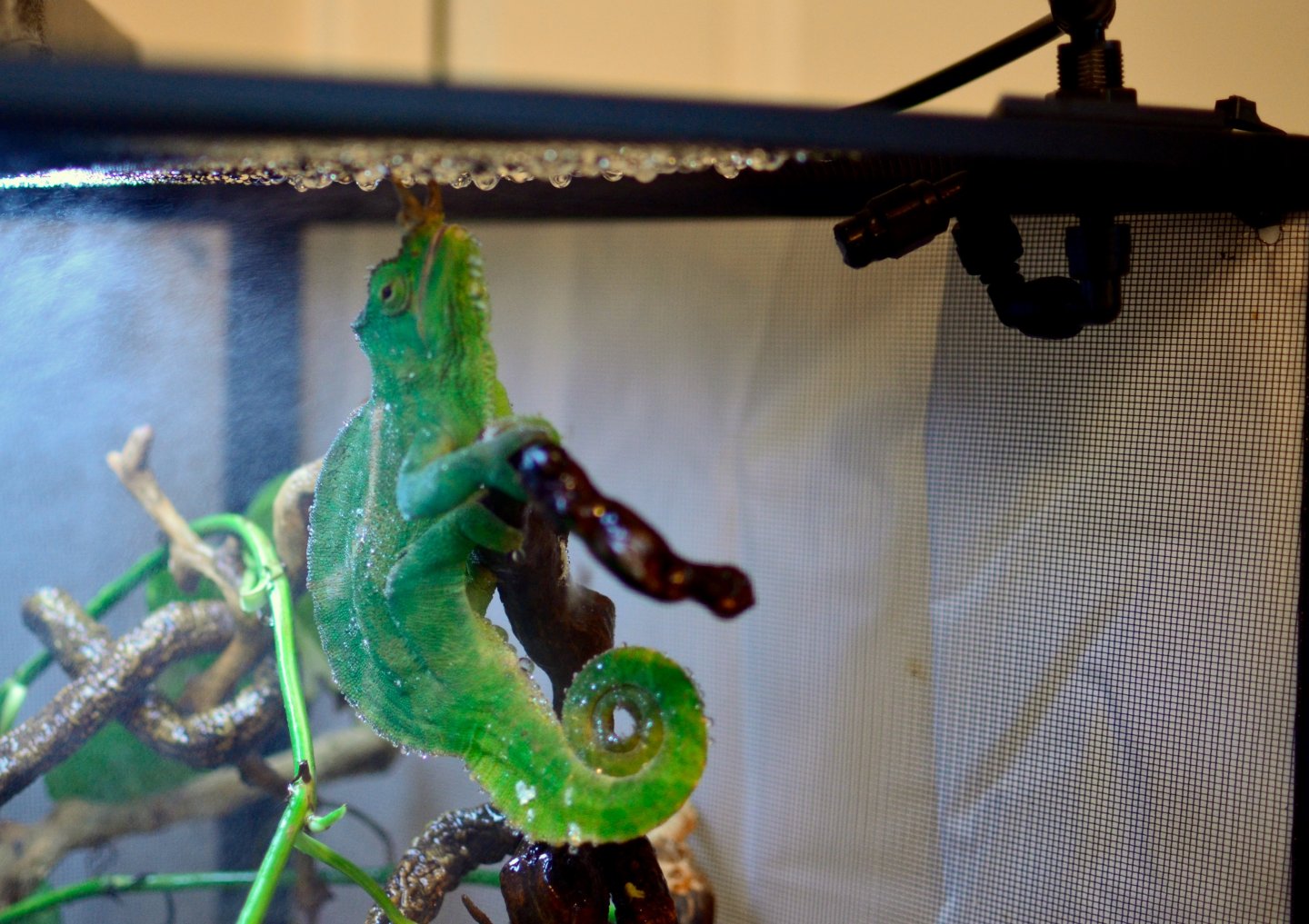 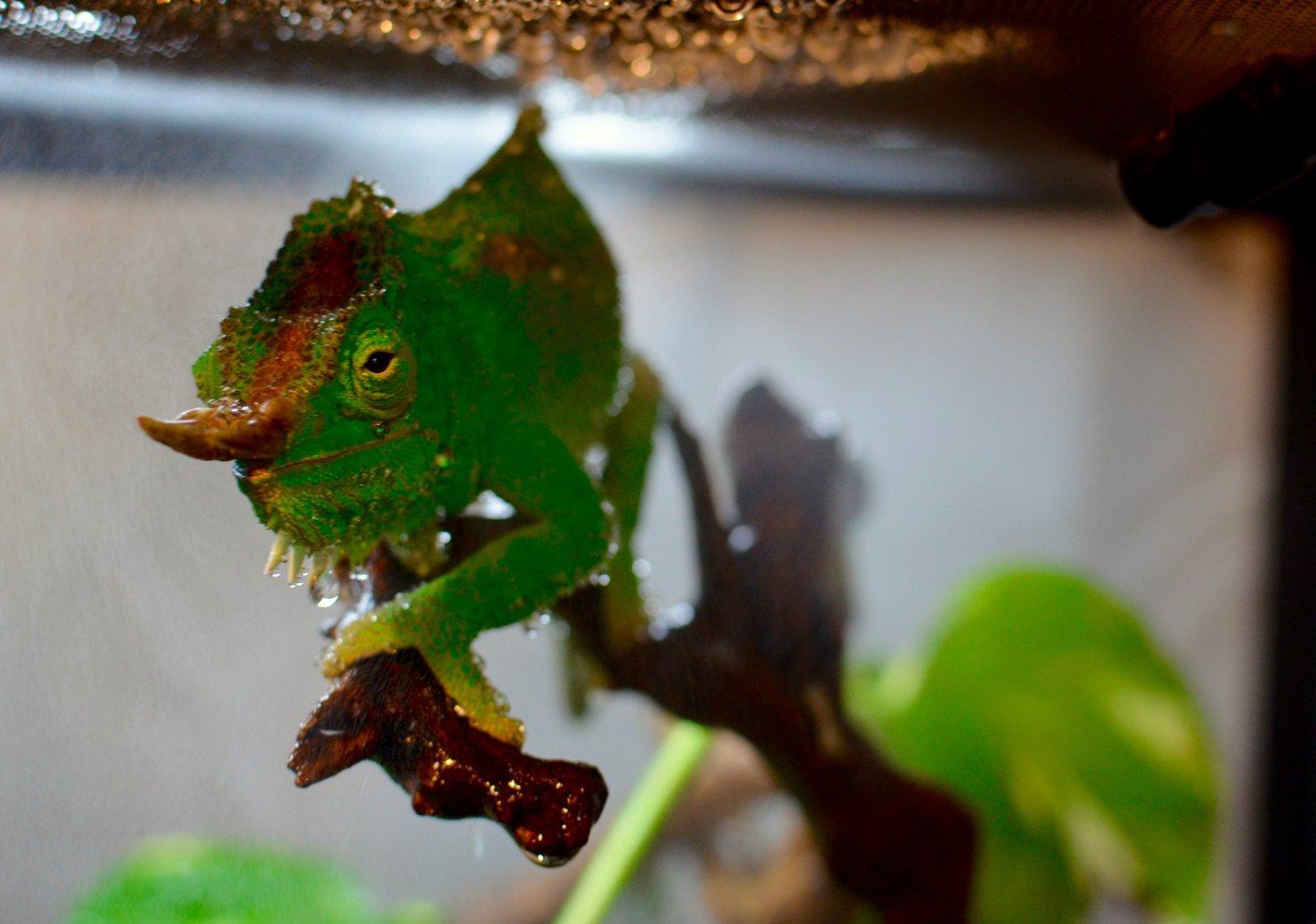 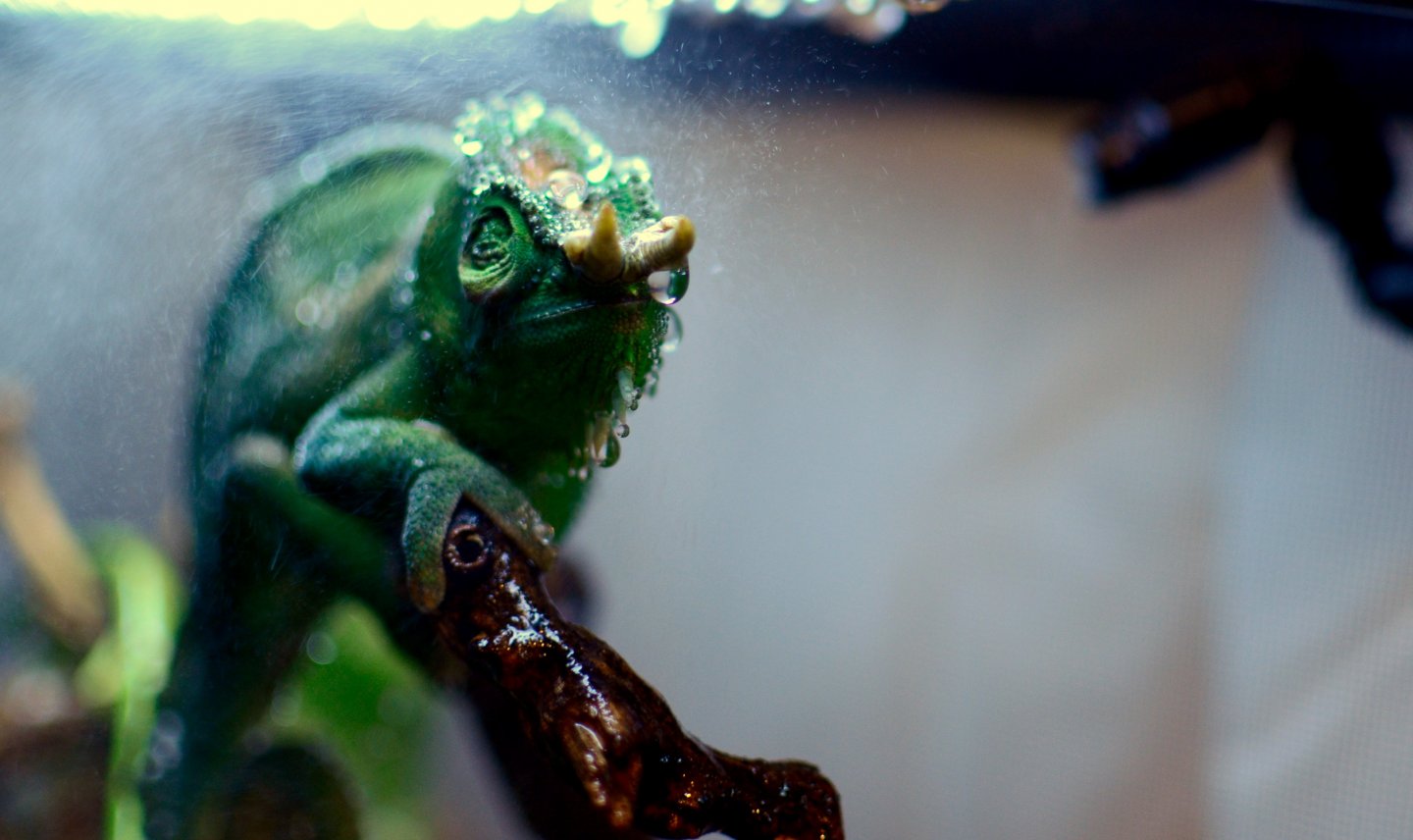 I don't know what it is about quads but they are amazing.

Lazereth said:
I don't know what it is about quads but they are amazing.
Click to expand...

They have completely captivated me, just fascinating chameleons in both personality and appearance. I can't get enough of them, looking forward to watching these graciliors mature and hopefully reproduce.

I just love how they look like tiny, crabby old men.

Haha they do! Larry my quad quad has that personality too, the sweetest old grandpa one day then grouchy give me food and leave me alone the next. He's not shy like the little Gracilior that's for sure, let's you know how he feels and doesn't retreat.

You know, in person they don't, but I see what you mean in pictures. They have the softest, sweetest eye.

I see that one red nail! I have a picture like that--one bright red nail, well, half a nail, and four clear ones on the same foot. Don't be surprised when the red comes and goes.

I see that one red nail! I have a picture like that--one bright red nail, well, half a nail, and four clear ones on the same foot. Don't be surprised when the red comes and goes.
Click to expand...

It does seem to come and go, she's showing more red today than when I took pics. Unfortunately the male seems to have broken 2 nails, little guy has cork walls on 3/4s of enclosure and still managed that. My guess is it happened when he was hanging upside down the first few weeks and I just noticed when he finally crawled onto my arm yesterday. Will be keeping a closer eye on his little feet.

Thanks Nick, looking forward to surprising them all with the new feeders from you. They love discoid roaches so the green bananas should be a real winner. I'll try and get some hunting photos.

These little ones have remained rather camera shy, still swivel on the branch more often than not once I start shooting. I don't handle them except to move outside for sun and they seem to tolerate that ok. Since its been hot they have been inside for the last couole months with no handling at all and it seems I've gone backwards with he male. For the first time ever he disked on me was last month when I took him out to get a weight check! Little Tormund is lucky he has a planted viv with a nice soft floor, he then proceeds to climb onto my hand instead of the branch I was trying to guide him towards. Funny creatures. He was at 72 grams that last check 7/10/16, not a very big eater but the last week he finally decided he liked hornworms again! (I've offered them every week for months) 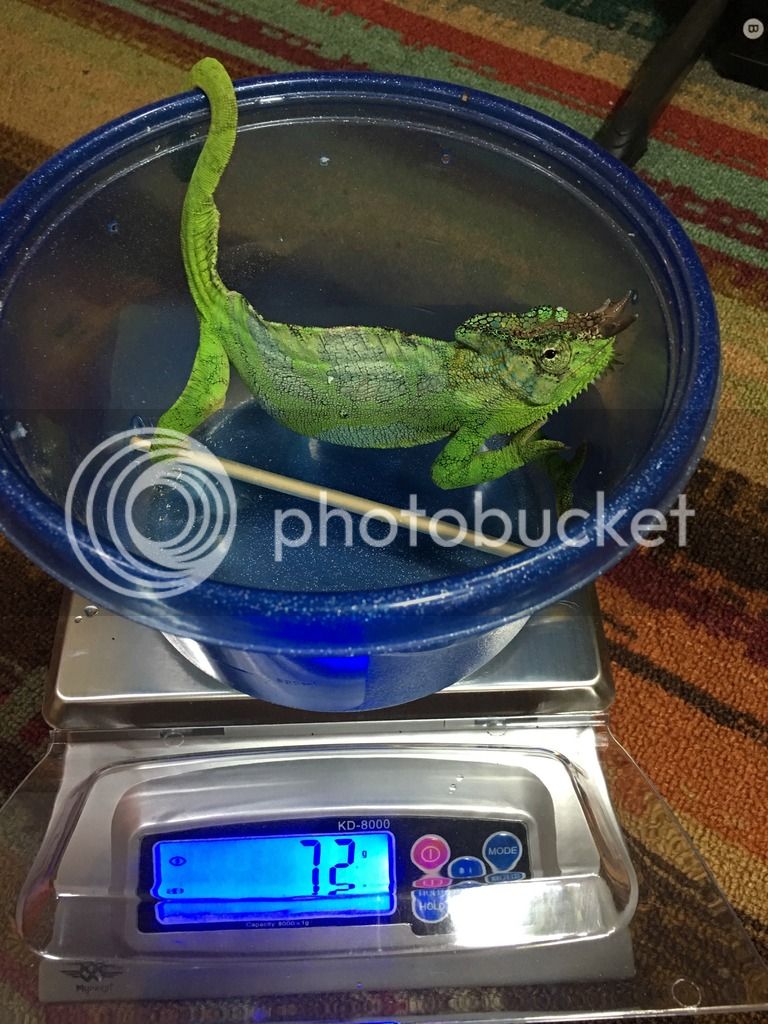 Last day he was outside. 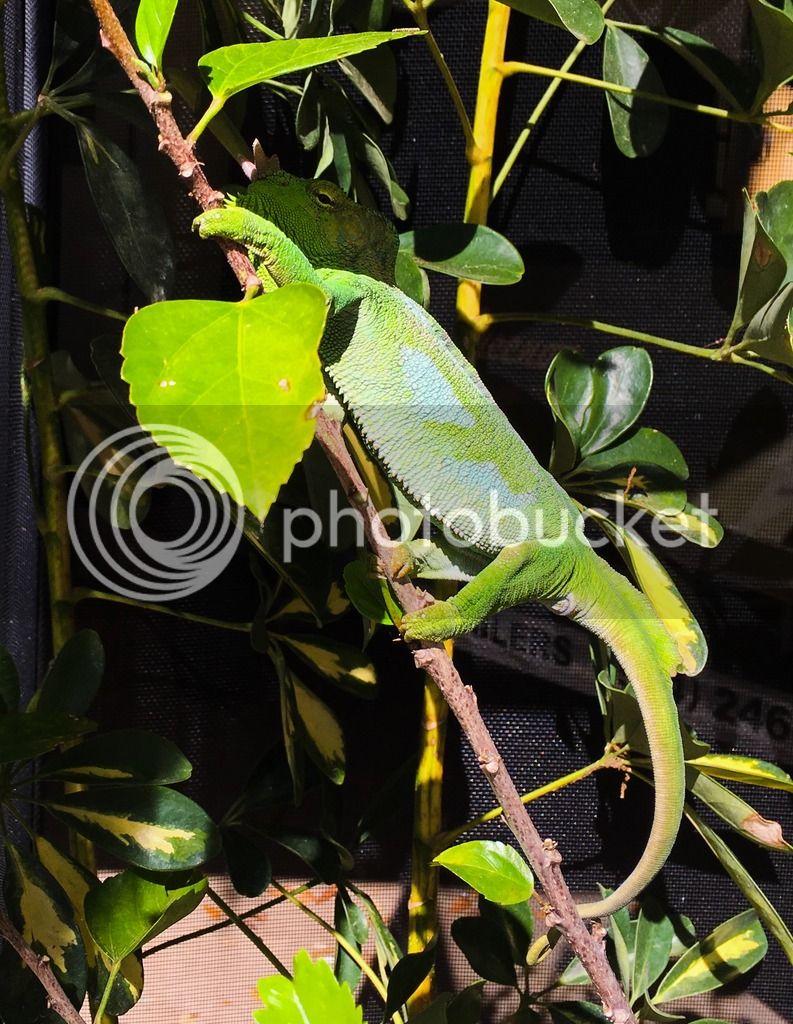 Loving hornworms this week after a 3-4 month break. 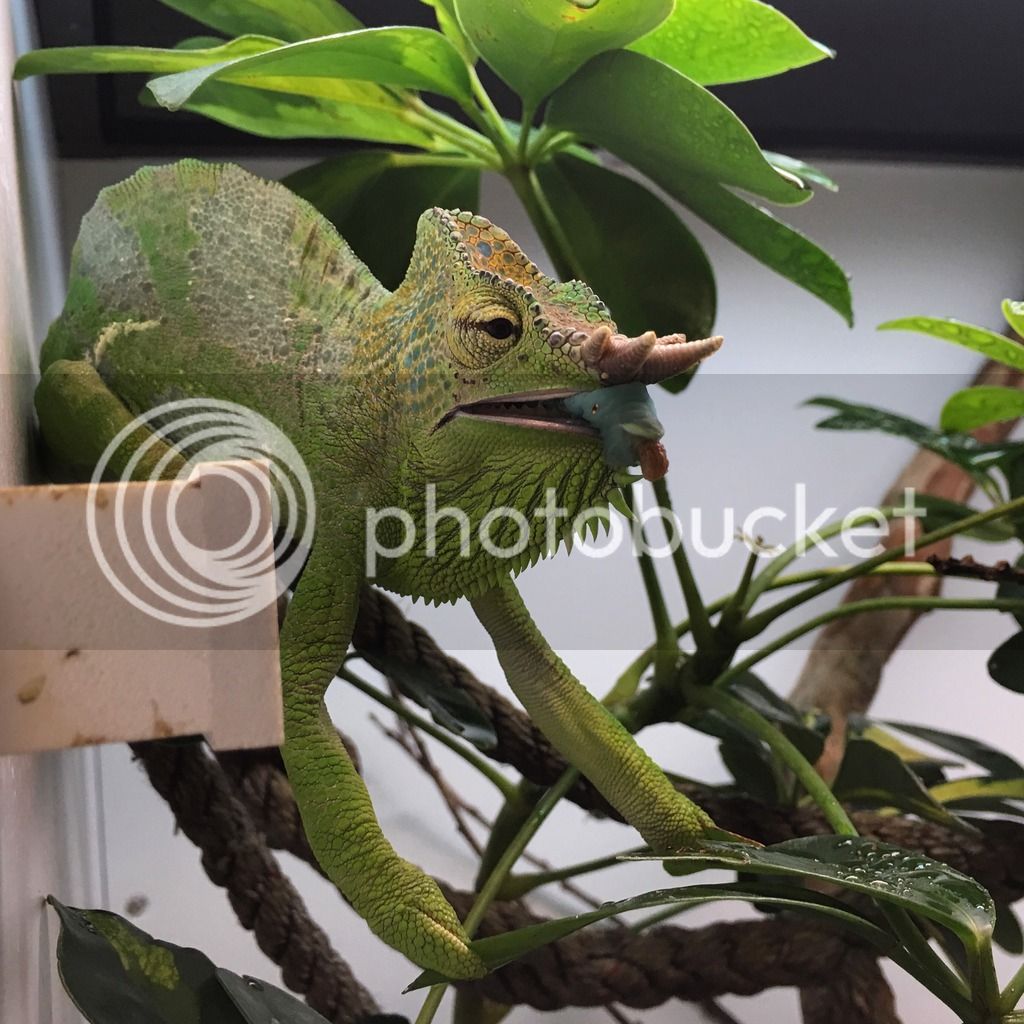 Needless to say I've been generous and he's put on some weight I'm sure. He's a big cricket fan and only takes roaches on occasion, seems the ones that prefer roaches but on weight faster. His sister for example eats everything she sees, I've seen her shoot at mosquitos outside. She currently is gravid with an infertile clutch so I haven't weighed her recently don't feel the stress is worth it since she's feeding regularly I'm not concerned, it's overeating that would worry me on her part. She's been showing gular edema and some general puffiness since she started showing signs of being gravid last month, it seems to vary by day and cutting supplementation has had no effect, it has only showed since she's been inside so hoping it cools down enough by September to get her some outside natural sun time in the next couple months. 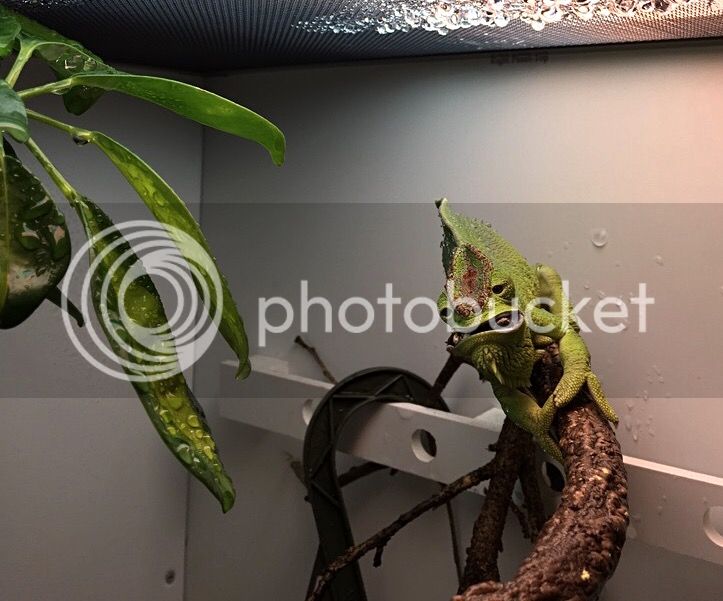 They both have been upgraded to dragonstrand breeder cages with clear doors that hold the humidity in while still allowing nice ventilation with the screen top and bottom access panel. I'm using bioactive substrates for both setups which also helps maintain humidity gradients as the basking areas at the top dry completely between mist sessions. 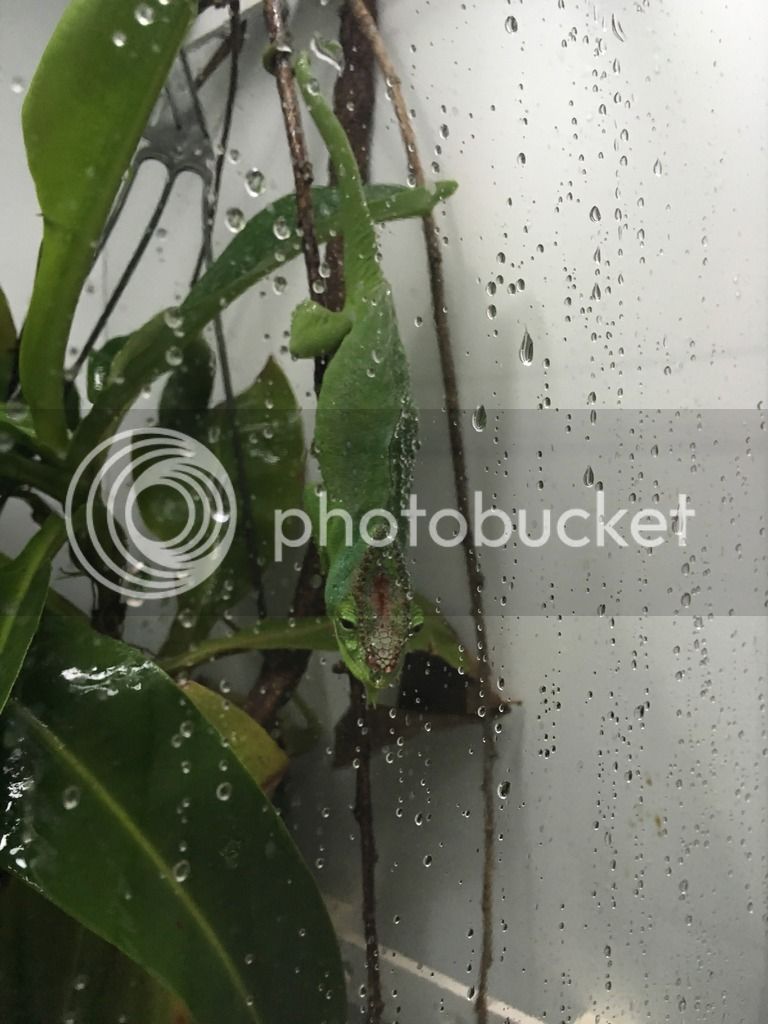 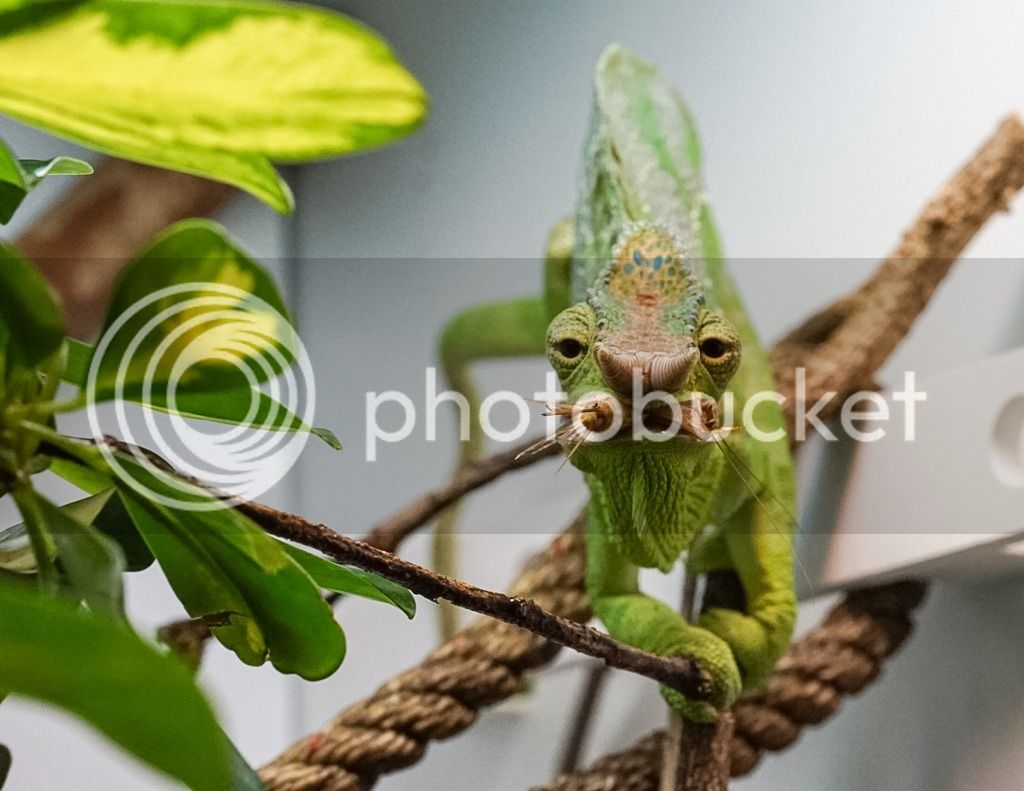 The colors on his crest continue to amaze me, as does the depth of field on this macro lens! 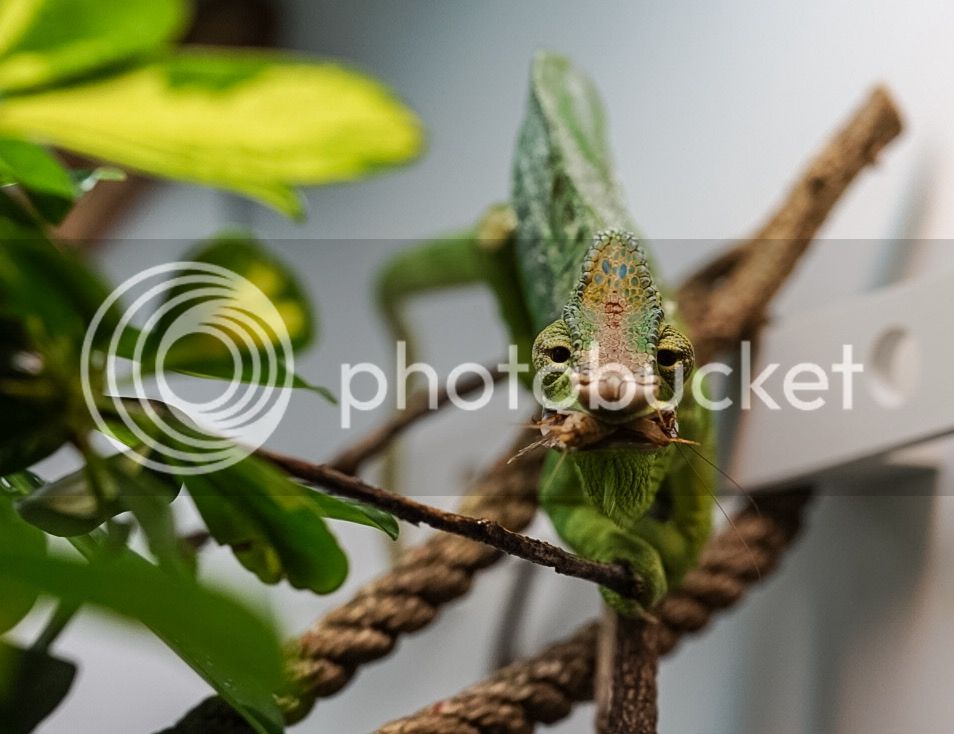 They are amazing. Such good pics of them! Keep the pics and updates coming, I'm so curious to see how they grow!

Your quads are doing great! My favorite picture is that last one with the cricket in his mouth!
Enjoyed all the photos! Thanks for sharing