After seeing these photos posted by Chameleon76 I'm no longer so sure of what my answer would be! 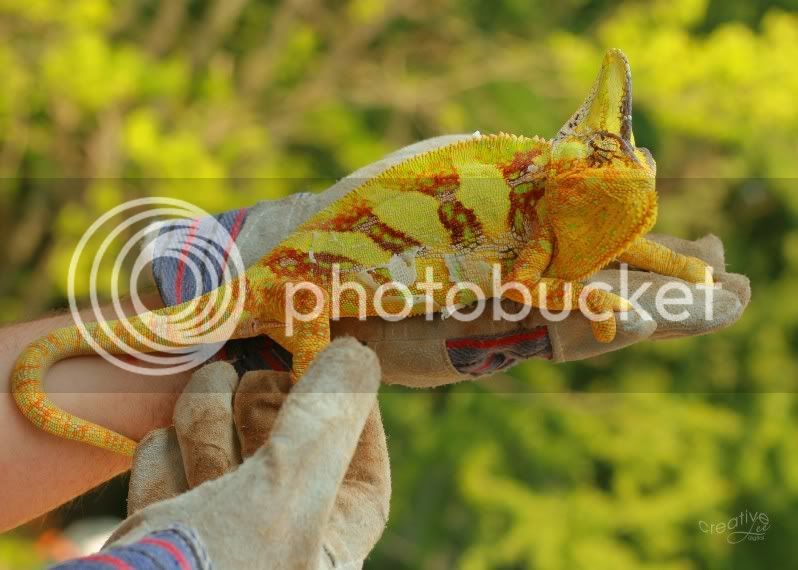 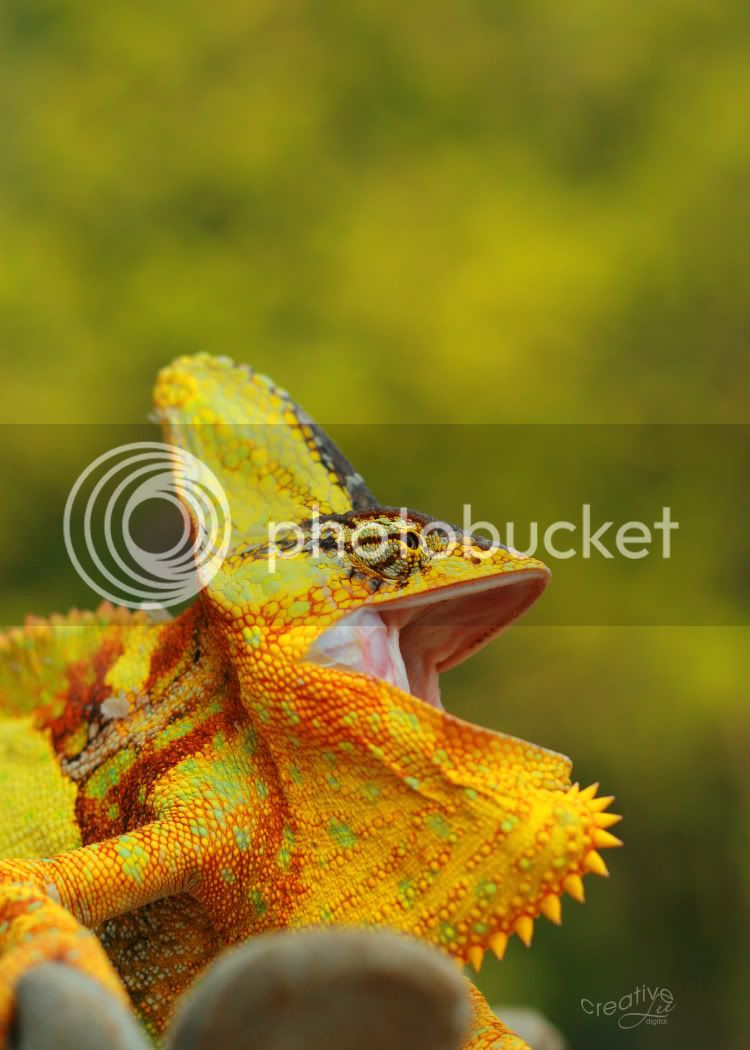 that is a gorgeus chameleon!

I guess the poll is about which species in general is more attractive?

I have two panthers myself, including a very special Ankaramy but I still voted Veiled

thanks for helping me with this poll thing man

Will Hayward said:
After seeing these photos posted by Chameleon76 I'm no longer so sure of what my answer would be!

that has to be the best looking chameleon i have ever seen!!!!

so... how do i get my chams to look prettty like that? lol . mines just dark colours :-( . i want mine to go bright colours like that . is it because mine is still young? hasn't grown to that yet? i have a veilded . it's about 3-4 months...
A

Campy said:
so... how do i get my chams to look prettty like that? lol . mines just dark colours :-( . i want mine to go bright colours like that . is it because mine is still young? hasn't grown to that yet? i have a veilded . it's about 3-4 months...
Click to expand...

could be bloodlines, those types of chams are so rare to get perfectley

that veiled is amazing. who bred that!?

in aprevious post it was stated that this vieled came from tyler stewart at bluebeastreptiles.

The father of mine is very red, similar to Chameleon76's veiled. Mine shows a red tint on his strips too. He has to be relaxed and that is next to impossible for me to photograph. I did this when he was asleep and it is several months old. Between his dad and him I would still say they look nothing alike. 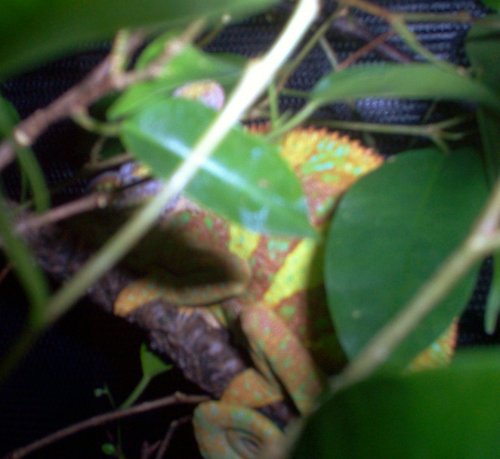 With veileds it would next to impossible to know exactly. If there DNA is anything like are own the mother would control the variation not the father. A female with limited coloration could never show you what a male of her offspring would look like.
Last edited: Dec 6, 2006
G

I agree that the picture that Chameleon76 posted is one of the nicest I've ever seen as well. I wish I could find one that nice in Canada!

I agree. That has to be the baddest veiled i ever saw

sorry to inform you all

Hello all .Thanks for the great compliments on my veiled.About a week or 2 after posting the pics everyone enjoyed I noticed a sore on his lip.I immediatly started treating it with Terramycin.On the second day of treatment I opened his mouth and noticed EXTREEM swelling of his tounge and serounding tissue.I immediatly got an emergency appointment with the leading herp and exotic vet in my area(one I have used for many years)We put him on a antibiotic regement of Ceftazidime 20 mg dose. anyway he was doing well although in the last couple of days I have come to the conclusion that his tounge is out of operation due to my visual analsis.Anyway to day I found him with what looked at first as a hemipenal prolapse.I dont believe it is a hemipenal prolapse. maybe a clocoa or intestinal prolapse of some sort as you all know this is a bad timeof the year to get a hold of the vet .Things have went really far down hill.I really dont think he will make it through the night .I wish there was a way to humanly euthenize him.The next closest time to get ahold of the vet will prop be tues I just hate to see him in pain like this I will post some pics of prolapse for all your analsis .Thanks for all the kind words about my cham I take alot of pride in them and he is quite the show stopper.
Chameleon76
kevin

That's really sad.
It doesn't sound good at all, I sure hope the poor guy pulls through. He really is a handsome devil.
You must log in or register to reply here.

R
Your favorite species and why.
2 3