My boyfriend just bought me a baby veiled chammie yesterday. He noticed that I fell in love with the little boy when I put my finger up to the glass, and he was trying so hard to climb onto it that he would follow my finger! Watching him do that made me love him right away because my old boy (he passed away of kidney disease recently) HATED me being near him.

Anyway, I’m just wondering what are their calmest colors? Because my new little guy seems really calm when he was being handled. He is almost always the light green colors, unless I tried to feed him by hand (then he would puff up and get his spots on and hiss), but do they remain light green even if they are stressed at any point? I do know that a chameleon will fall asleep if super stressed out so I’m just wondering.

Also, should I be worried about the discoloration on his right arm? Stuck shed or just hatched that way? As I said, we only got him yesterday, and he did have some shed skin still on him, so that’s what I was assuming it was is stuck shed that hasn’t come off yet.

I’ve also provided a picture I just now took of him being displeased with the phone being so close for a nice picture to show the differences. 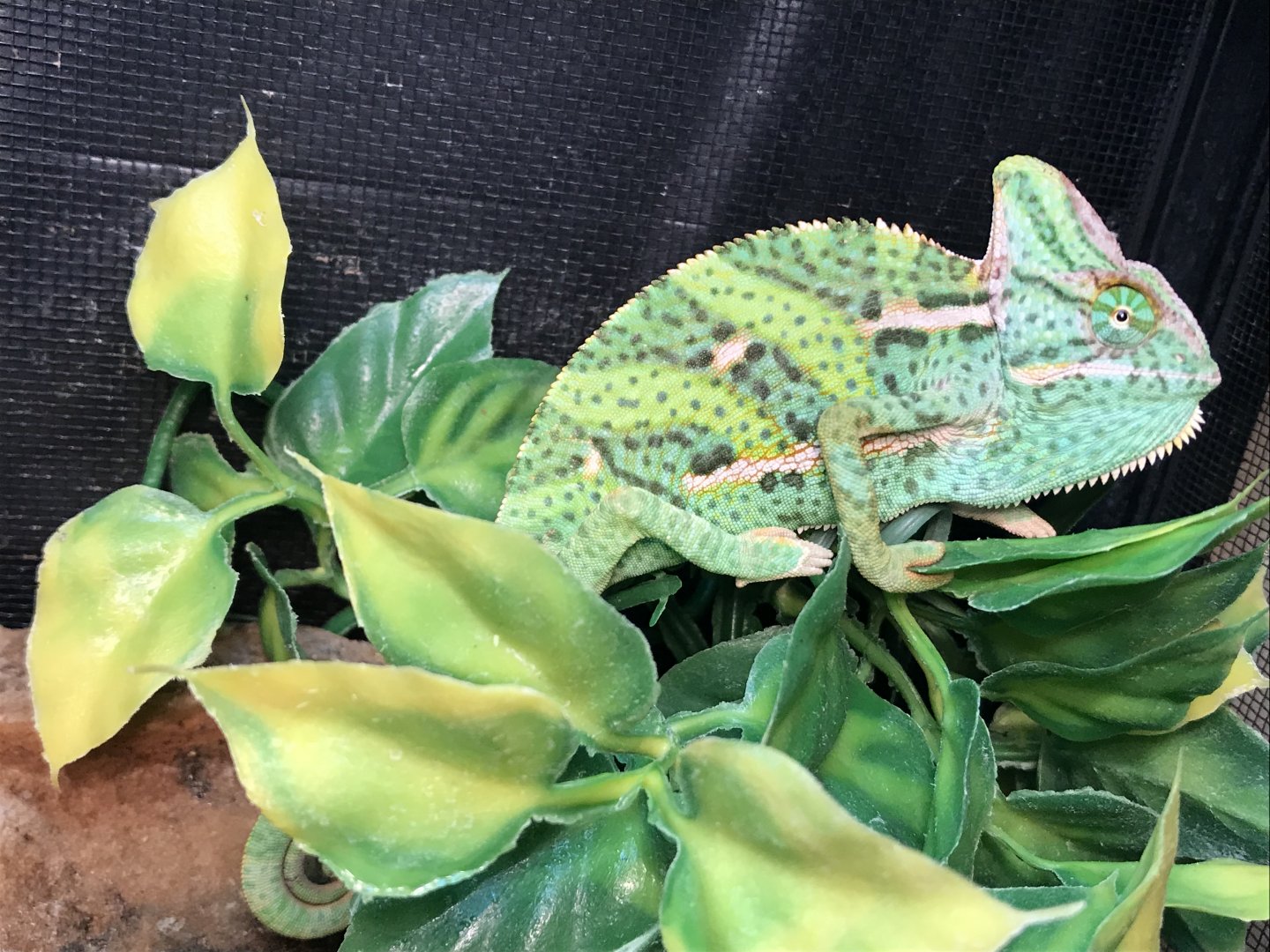 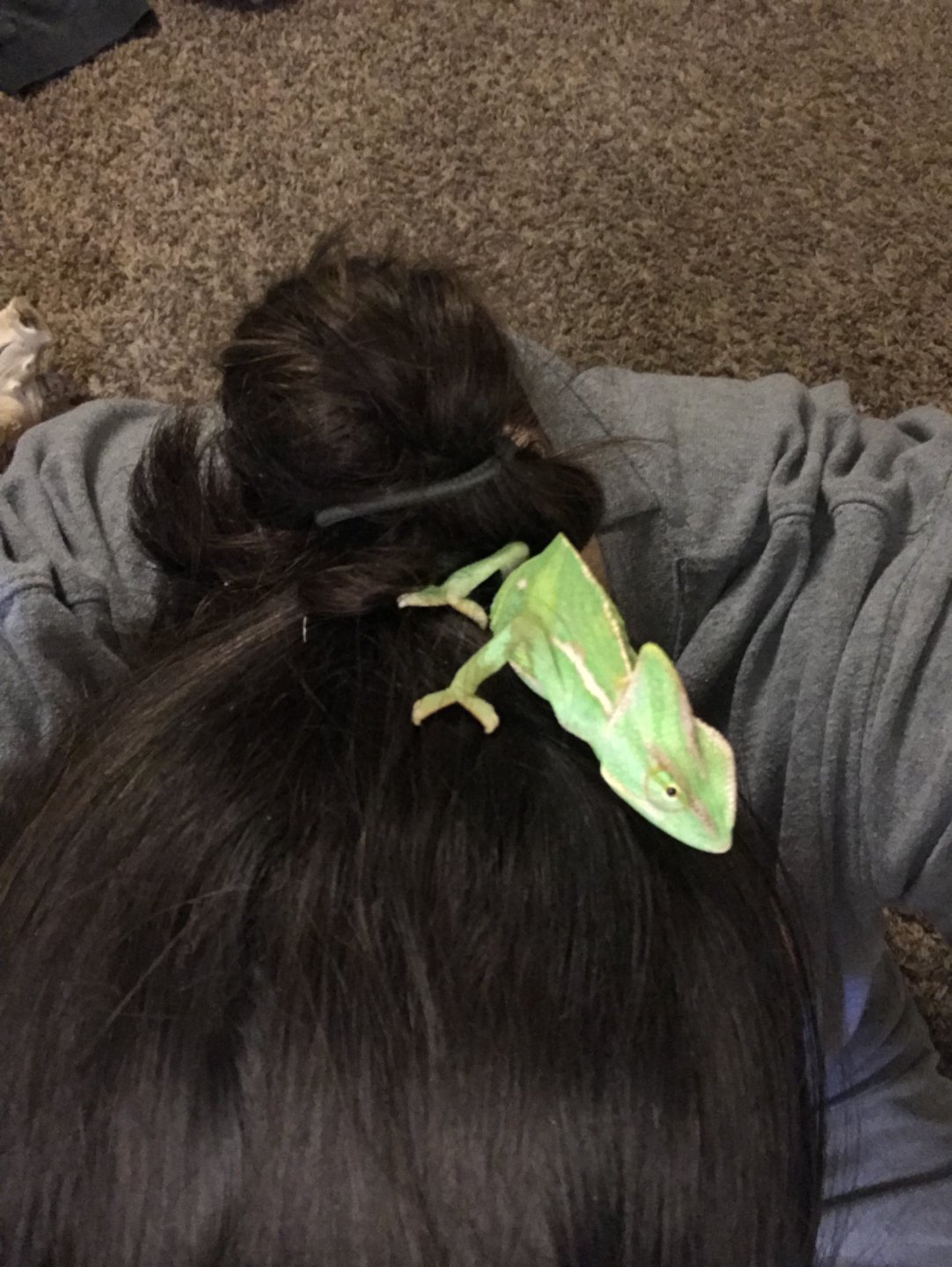 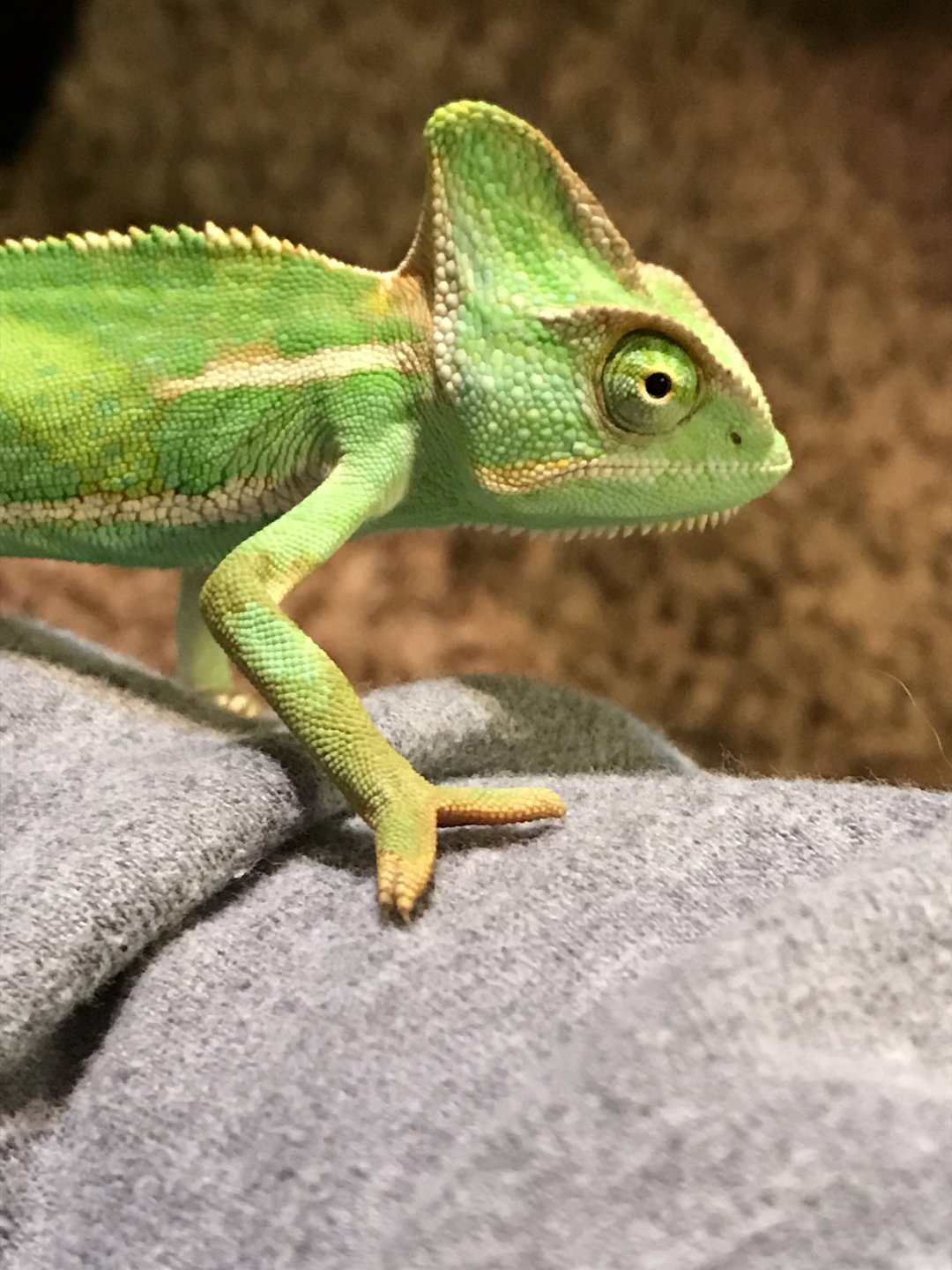 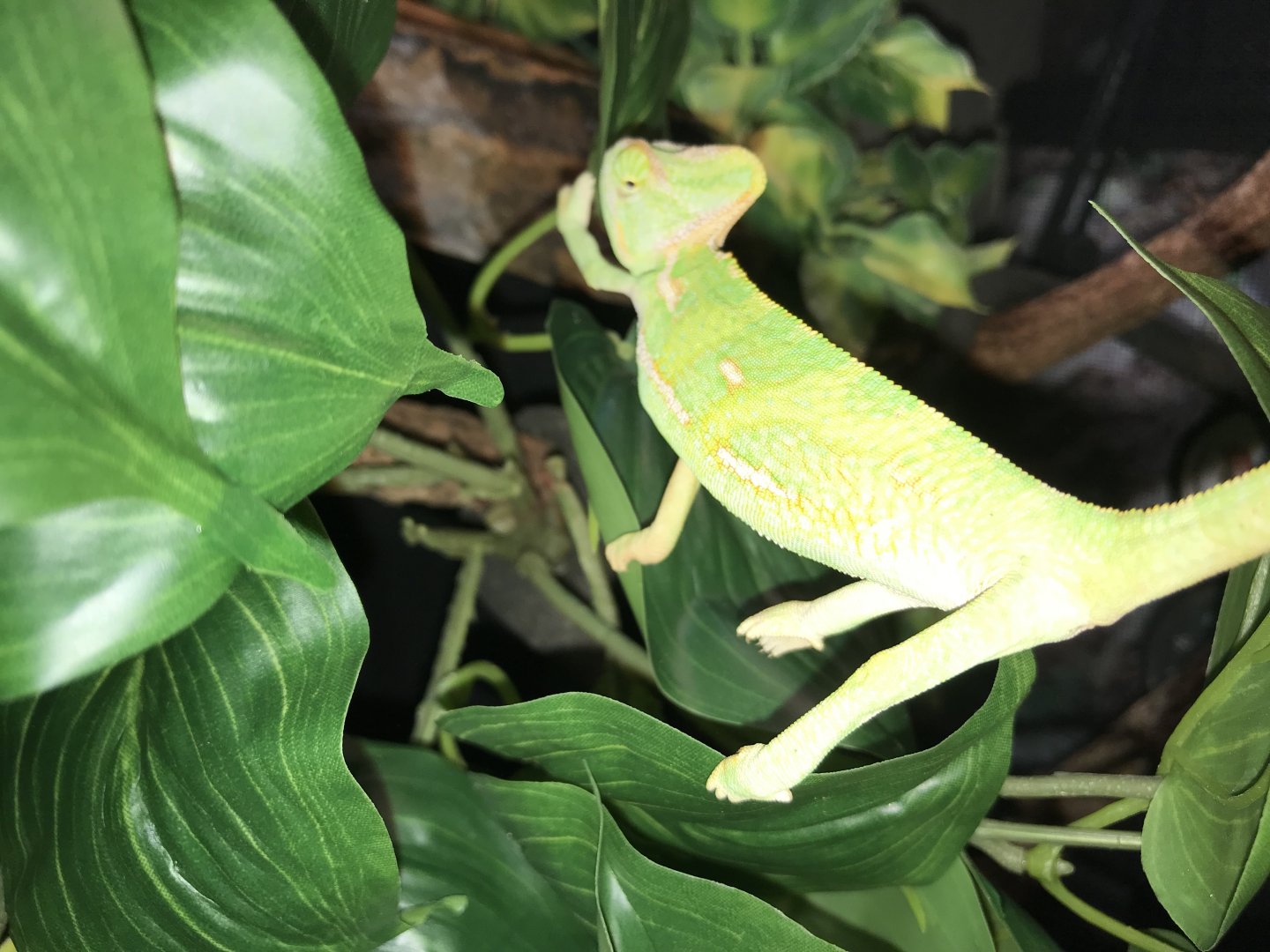 Congrats on your new baby. Looks more like stuck shed on his arm or dirt. I would just watch it. He looks a bit dehydrated. If you want additional feedback you could fill out the form below. Include a few pics of his entire enclosure lights down.
Chameleon Info:

I wouldn't worry about the discoloration on his arm right now but I would also keep an eye on it in case there is any change.

As for stress colors, generally bright doesnt mean happy or relaxed. Subdued coloring in my experience shows a relax chameleon.

Your first photo is showing a nervous/defensive coloration with the bright green and vivid black spots. The other photos look to me like he is more relaxed but still bright which tells me hes nervous being out in the open. Again, these are just my observations based on my experiences with my chameleon. Every cham is different.

With that being said, I do think he could use some more hydration. Eyes look a tiny bit sunken but nothing to be concerned with right now if you increasing misting to 3+ minutes 3 or more times per day.

Congrats on your new baby. He is gorgeous and marked so well. I like the different in color variations on his legs. Makes him special!
You must log in or register to reply here.