Introduction to Trioceros montium
We have made landfall on the Western coast of Cameroon and are slowly making our way up in elevation. At around 700 meters above sea level we start to see one of the best known of the Cameroon species, Trioceros montium. This is one of the most confused when you try to use a common name. Two-horned Chameleon, Mountain Chameleon, and even Sailfin Chameleon (which is actually more proper for T. cristatus!). But, in the industry we know this charming fellow as “montium”.

T. montium used to be imported in great numbers and was even sold as low as $35. When importation stopped the world’s population in captive collections dried up. The number of collections with T. montium in North America can be counted on one hand with fingers left over to make a sandwich. Currently, a breeder in Canada has a producing breeding project. In Europe there are some established groups. Should we see these again we must be ready to take them seriously. Cameroon is not officially closed to export, but they are taking a cautious approach. T. montium is widespread across the southern range of the mountains in the Cameroon volcanic line from Mt. Cameroon to Mt. Manengouba. 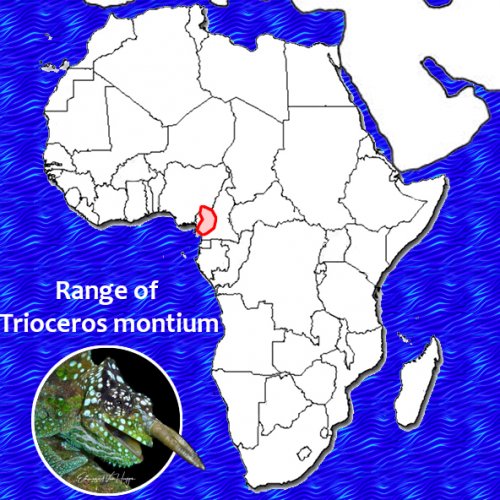 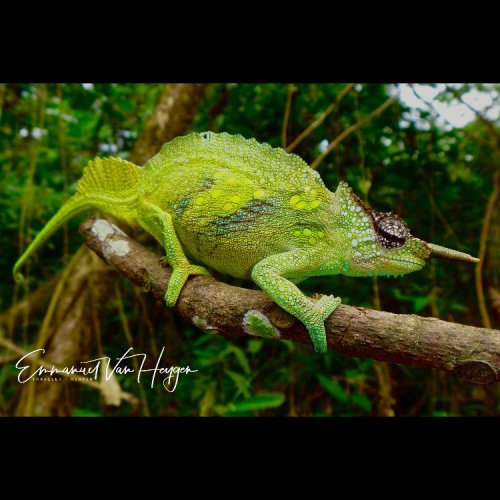 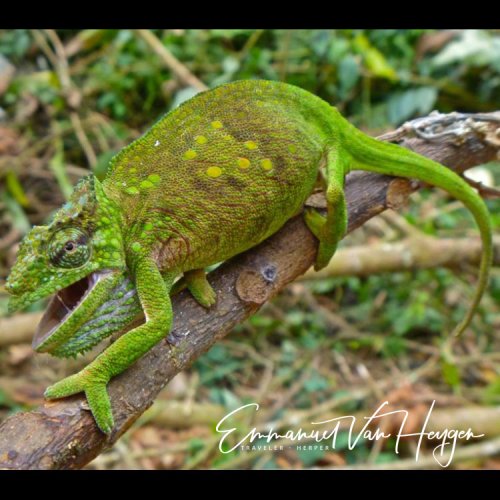 These two images were taken by Emmanuel Van Huygen during the Exo-Terra expedition to Cameroon. The left is a male and the right is a female.

"Trioceros montium is a beautiful chameleon. The males are a pleasant green with two prominent horns on the snout and a dramatic sail fin on the tail. The females do not have the horns or sail fin, but are the same green. They are considered a mountain species, but are really semi-mountain. They begin in the foothills. This species has adapted to living on plantations in the area.

It is reported that T. montium lives in dense populations and, in the wild, are not that aggressive and can even be found in pairs. They have been observed to sleep together at night. Though this does not mean it is a good idea to keep them together in a cage. Our captive environment does not lend itself to allowing natural relationships to develop so it is safest to keep them individually.

Keep this species in a very densely planted terrarium. They are not major baskers, but I have seen them taking in the morning sun after a cold night. In winter I give them UVB through a Reptisun 5.0 T8 bulbs and a small basking spot. I have kept them successfully at room temperature with a slight night time drop.

Watering is critical and night time fogging help maintain their health. In the morning hours I would let the misters run a couple minutes and then repeat with a late afternoon misting session.

They are not picky eaters. I would give them feeders one or two times a week dusted with calcium. The feeders were fed organic gutload and bee pollen would be part of both their gutload and sometimes used for dusting the feeders.

Young females will lay 5-6 eggs with older females producing 10-12 eggs. I incubated at room temperature and this took 6-7 months. Cooler temperatures would take 7-8 months. We are experiencing something strange in that in captive hatched clutches there is a greater percentage of males. This does not sound like a natural condition so we are trying to find the cause. Even with incubation temperatures higher or lower than normal the same phenomenon occurs." 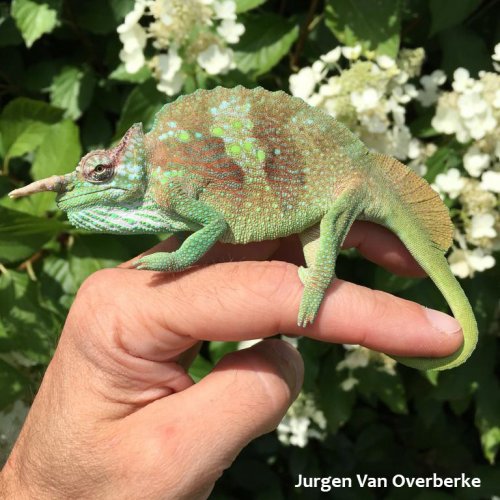 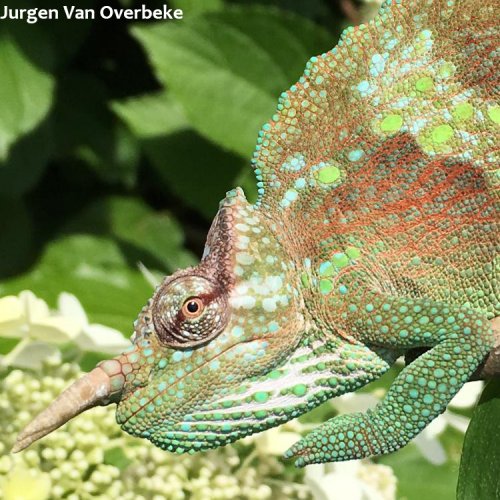 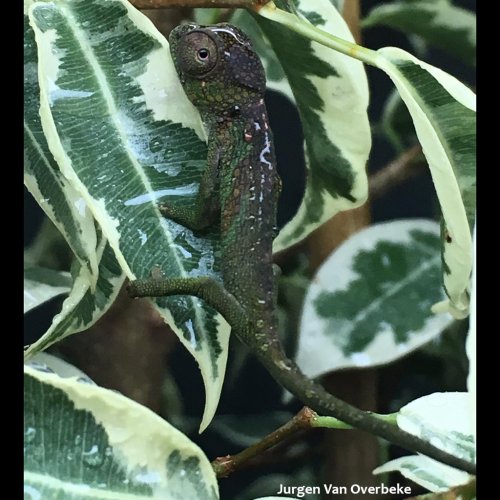