Going to use this thread to dump a bunch of photos of this little guy here. Hatched 9/22/22 from a bought egg. 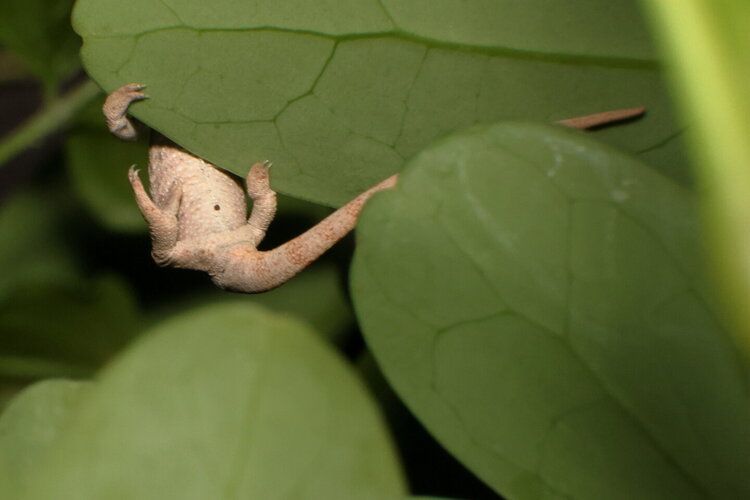 I'm pretty sure this is a chameleon belly button.


Eating a couple fruit flies. Spits one out and eats another, but not sure why.

Ohmygoodness! Squee! So tiny! So adorable! 🤗 🥰

Saw some of the first shedding, and the belly button dot is gone.

Such a cute chameleon!

I'd like to think he is growing well. His spikes are becoming spiky, and his tongue is getting longer. I think I even saw some disappointment when he outgrew the small space between the umbrella plant leaves and had to climb over them. I've also noticed that having the fogger running helps keep his urates white, and may even be needed. He isn't extremely shy, and as you see, will eat with the door open and me watching.

I also thought it was interesting how the mist stuck to his body, and I wonder if that helps them accumulate and drink morning dew.

Also due to a sample size of one, I don't actually know if he is a he or if I'm seeing a phantom bulge. please help

He’s so adorable and looks to be a healthy little one! 😍

Soo beautiful and amazing pictures, thanks for sharing

Not as many pics as I wish, but he is getting some colors and is still very tiny. He did his second shed (that I've noticed) a couple weeks ago. Also here's a weight graph I'll continue to update., not very useful to others as a sample size of 1, but still neat. 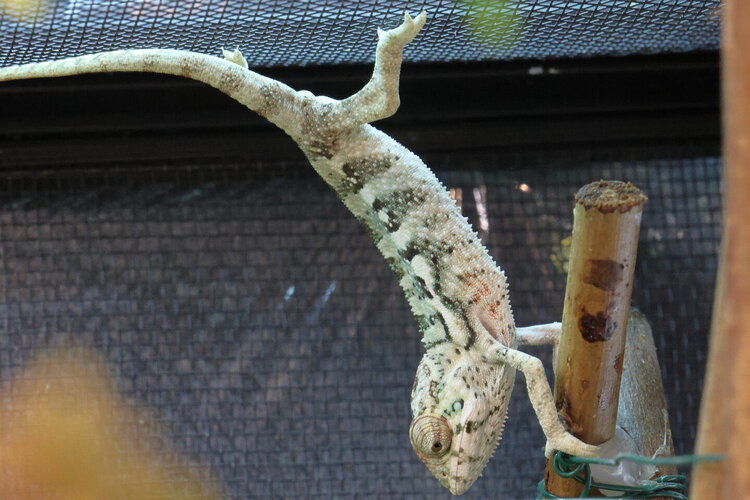 Another photo dump. The earlier pics are a few weeks old, the newer ones from just now. I'm not sure if he's on the small side. He's 3 and a half months old and 6.5 grams. But I'd like to think he's growing well, and his weight is following that curve still. He likes bugs, (crickets, dubia, and really likes houseflies), but not the larva/worms so much, or at least hasn't liked eating stuff out of a cup yet. I'll test out a shooting gallery, so hopefully that goes well. Based on the colors I can see, I think he's going to be very pretty when he grows up.

He’s such an cutie and looks great!!🤩

He's still doing great and growing fast now. His color is starting to come in and I think he's going to be a true skittle. I'm seeing some yellow and reds and greens and hints of blues. I threw some grasshoppers I caught he basically ran to them.

It’s so cool seeing their colors come in! Looks like he’s doing great😍
You must log in or register to reply here.