This is Tanooki Mario. He is my first chameleon and hatched on 9/21/2022 from a bought egg.
He is a panther male (I'm pretty sure at least) and has a heavily planted 24x24x48 cage all to himself.
(I actually introduced him in an earlier thread, but wanted it to be more about that topic.)
He weighed around .6-.65 grams when hatched, and hovered around that for a while now 3 weeks later and he's up to .85
So far I'm already seeing a tiny bit of color, very light green on his head, and saw some blue hiding in his skinfolds.
I'd like to think he's doing very good.

Anyways, here are some pics from the past couple weeks. 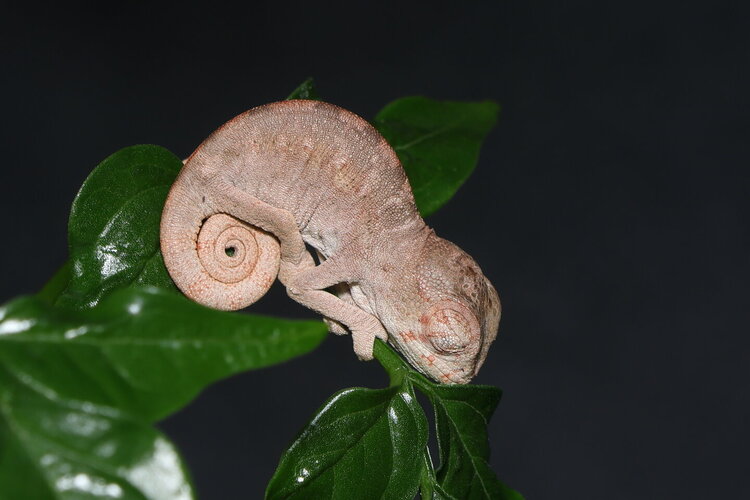 He's so tiny when sleeping and just had to get him like this. 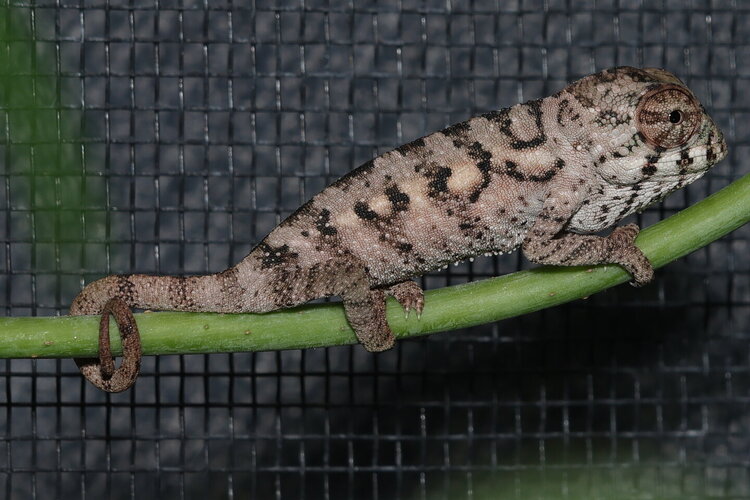 This was the first glimpse I saw of different colors, some very light green on his cheeks. 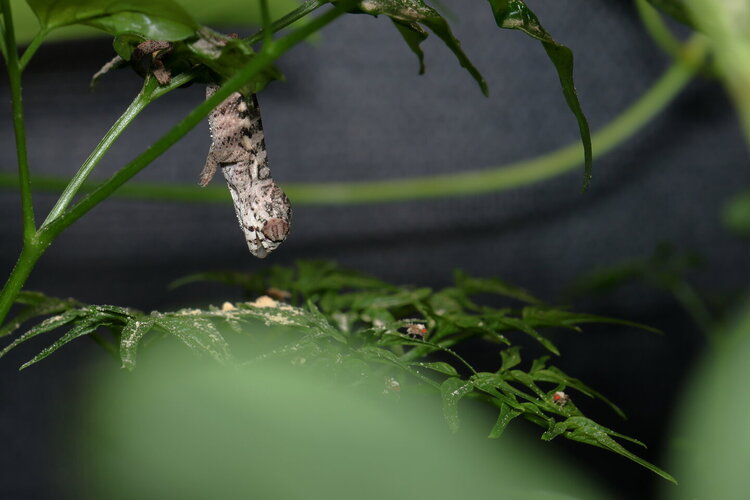 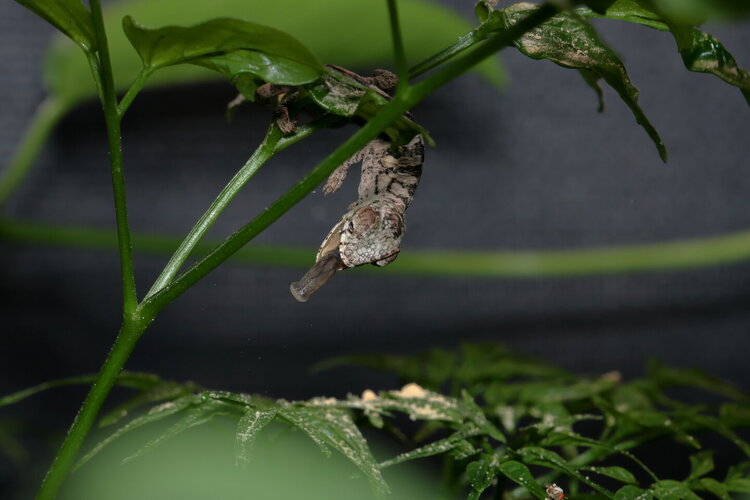 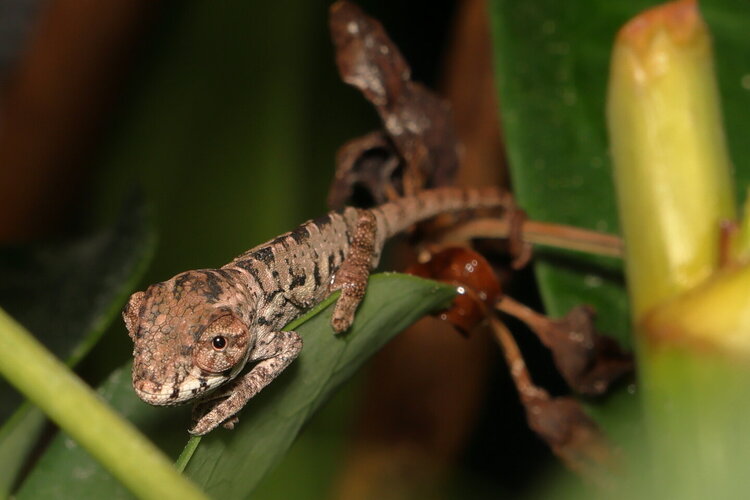 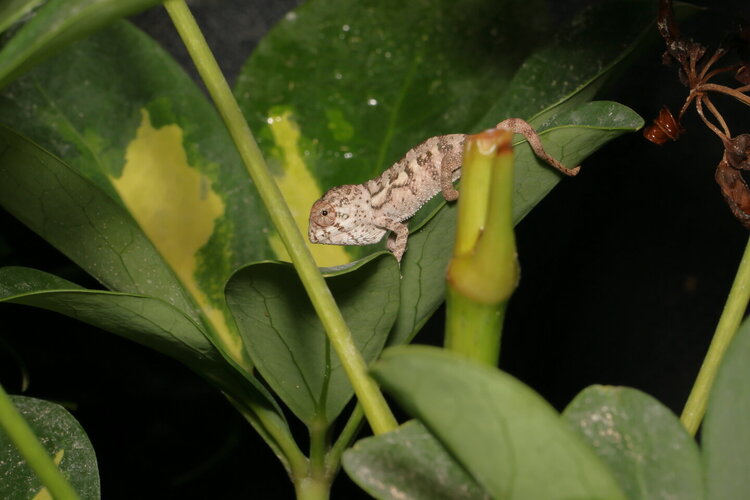 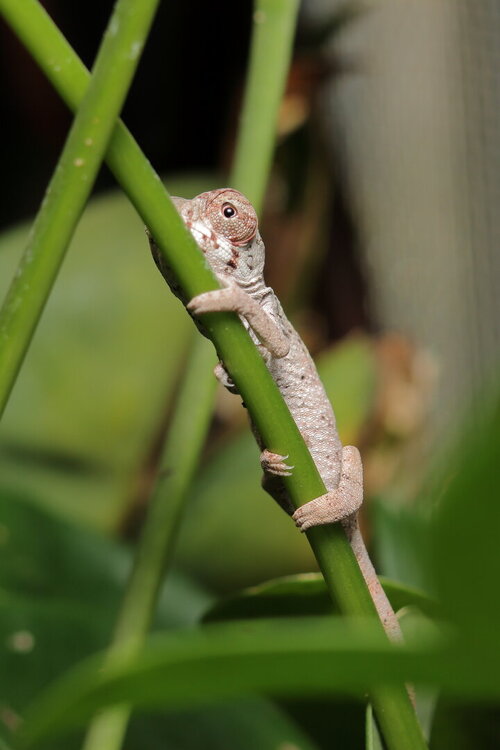 Here he looks terrified and so I left him alone afterwards

I could look at pictures all day long.

So cute! Where did you get your egg from just curious?
G

Tonyww93 said:
So cute! Where did you get your egg from just curious?
Click to expand...

I got it in April from Chameleons101 as a 4am impulse buy, via the (not currently displayed): sire Mad Hatter was laid back in February. A childhood dream got renewed after I visited a local reptile show, and a few weeks later after doing some research all that night, realized it was much cheaper than paying $350 + $75 shipping. (Spent way more than that on everything else though, so saving a couple hundred extra bucks wasn't really needed lol)
Now I can admit I wasn't sure the egg would make it for a few reasons. I got it a few months after it hatched. Kept it a little warmer around 80 at first. Then a few months after getting it, I bumped the container too hard and the egg shifted positions a tiny bit. Tried to keep it around 75, but it got up in the 90's a couple days when my AC kept going out this summer, once a few days when I was out of town. It does me think the eggs are more durable than we think. I also think the mother was well taken care of because the baby was active and didn't eat for a couple days.

So far I don't regret it, but I don't know if I'd buy an egg again, mostly because the wait was not fun and the potential for problems.
But I would take one sometime in the future. I know it's controversial, but if you could ensure that they all hatched and came out flawlessly, selling eggs might actually be a good option for stores and shows to sell since it gives the buyer a lot of time to research and prepare.

Im in the market for some and i was actually thinking about that site tbh! The males lines look pretty solid from what ive seen.

Staff member
Just Curious. What makes you think he/she is a male?

JacksJill said:
Just Curious. What makes you think he/she is a male?
Click to expand...

Only cause there's a little bit of colors, I'm probably be wrong though lol
Didn't realize a female could get her colors that fast, and now I'm back to thinking it's a girl, mostly because of a lack of clear male indicators and the colors I did see match some other random baby girl I found.

The name stays regardless.

Here are a few more pics. 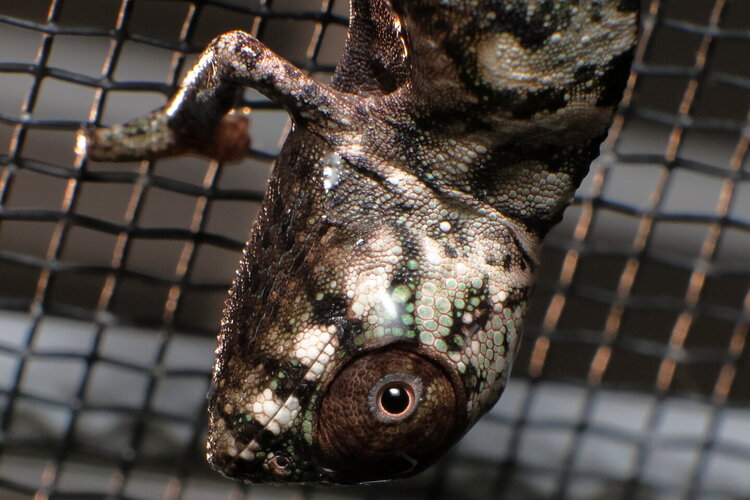 Then and now a color change question and photo dump

Pj colors after a long drink.