Who else keeps snakes as well. Currently I keep 1, 3.5 ft... 2 year old Ball Python named Lucy... and a 6 foot 2 y/o Red Tail Boa named Ziggy. They are really great animals, and both of my snakes seem to really enjoy human interaction. Lucy is very calm...and sometimes even comes to work with me and realaxes around my neck or in the little hide I have for her under my phone platform in the office. If you get weezy, or would rather not see pics of blood, or snakes eating...this is your warning and you should push the back button. 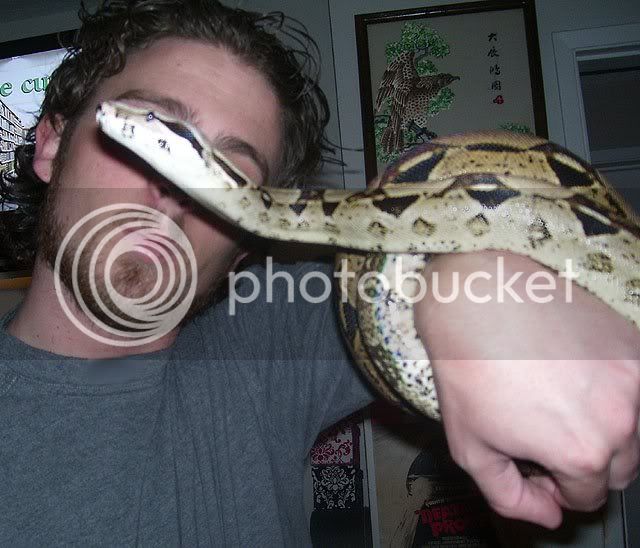 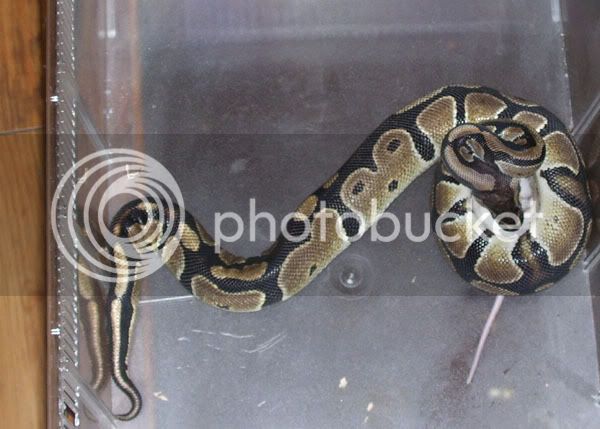 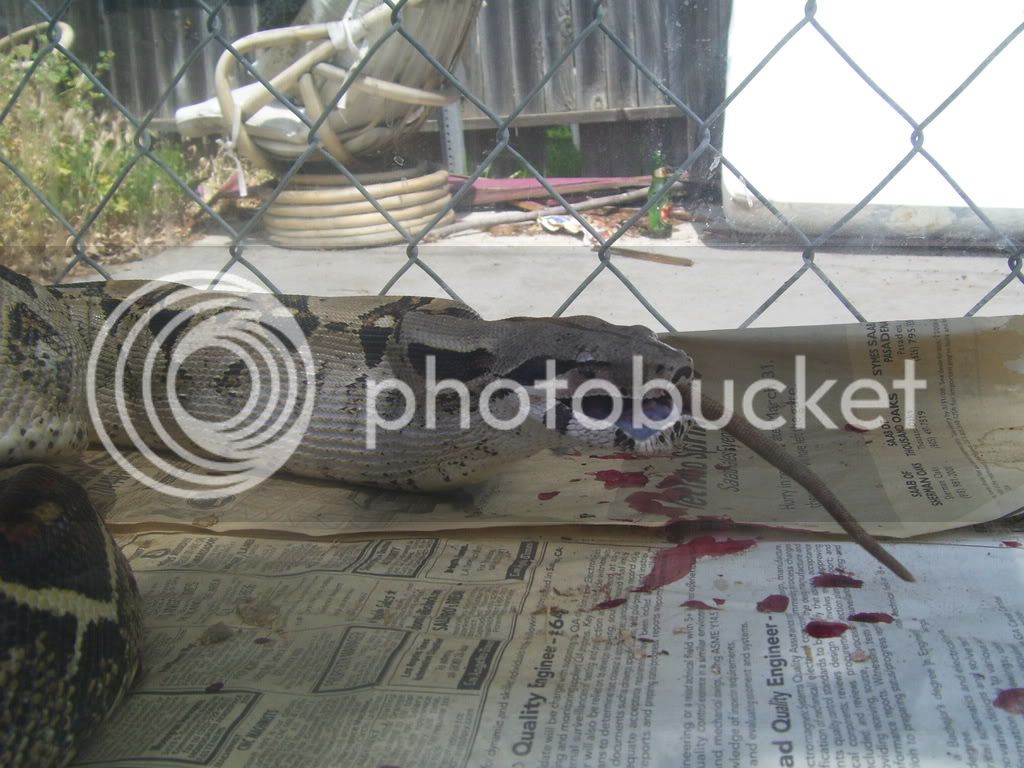 Thats all I have right now on this comp...I'll put more up later! Lets see your Serpents!

Edit: Damn, I was a little too soon.

Edit: Damn, I was a little too soon.
Click to expand...

Yeah, I was still at work Seriously though, isn't everyone tired of seeing my GTPs?

Very nice python. My buddy has a massive redtail boa and a python. He had them at my house for a while and I didnt want him to take them back after he moved The redtail was given to him from a woman whos husband was overseas in the military. He had some scars from rat bites where she just threw one in everyonce in a while and didnt take it out if he didnt eat it She said she was terrified of it. It was really skiddish at first but after a couple weeks of frequently taking it out and letting it sun he soon got used to us. Alright Alright Ill quit remenicing. I do miss him quite a bit though. My cham addiction is just way to bad to get into snakes right now but maybe someday.

I would love to see some GTP pics Kent... If I ever dive deeper into snakes I would love to own a GTP or three. They are awesome snakes. My BP was a rescue from a family who couldn't care for it...and the RTB came from a Marine who was shipped out to iraq.... and needed a good home for his buddy. These two are great pets.

edit; thanks cains...ill get some more up when I get home.:] 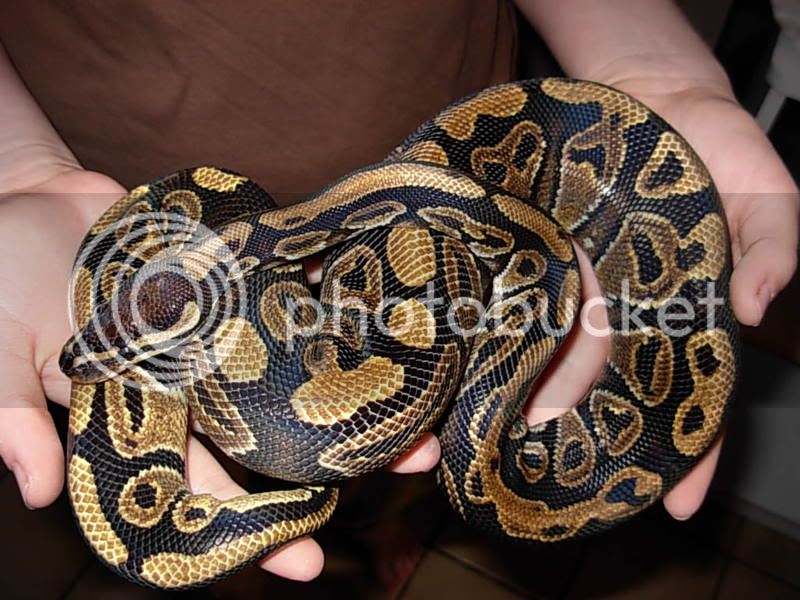 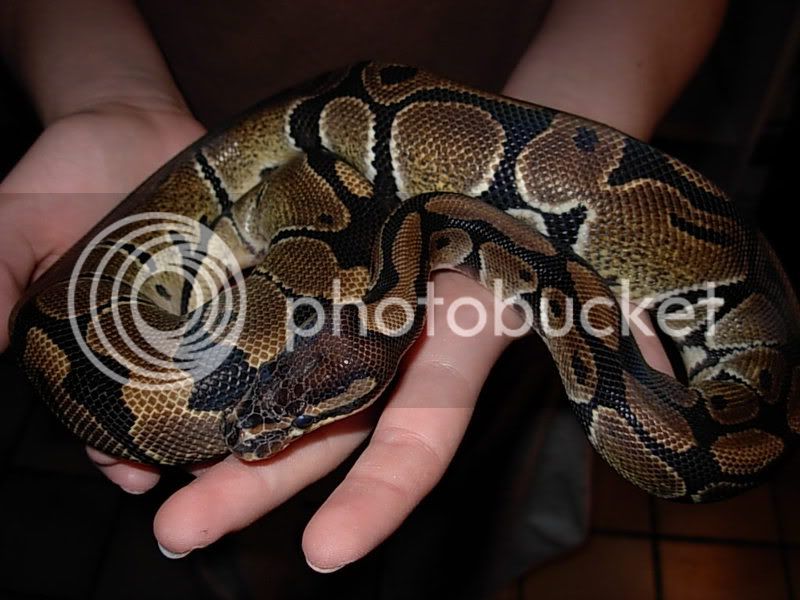 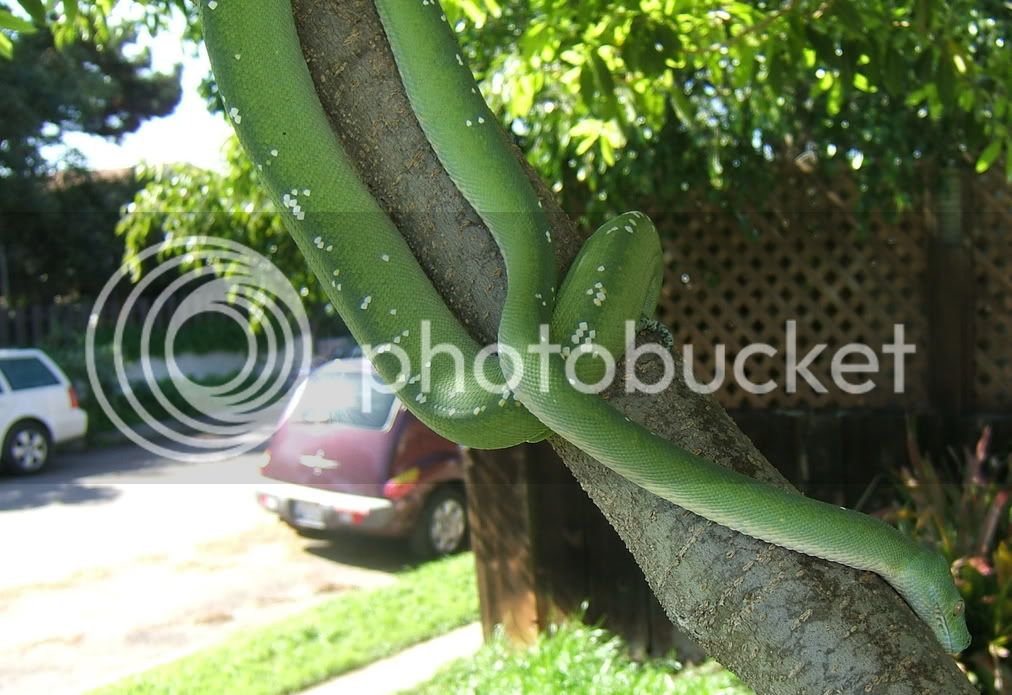 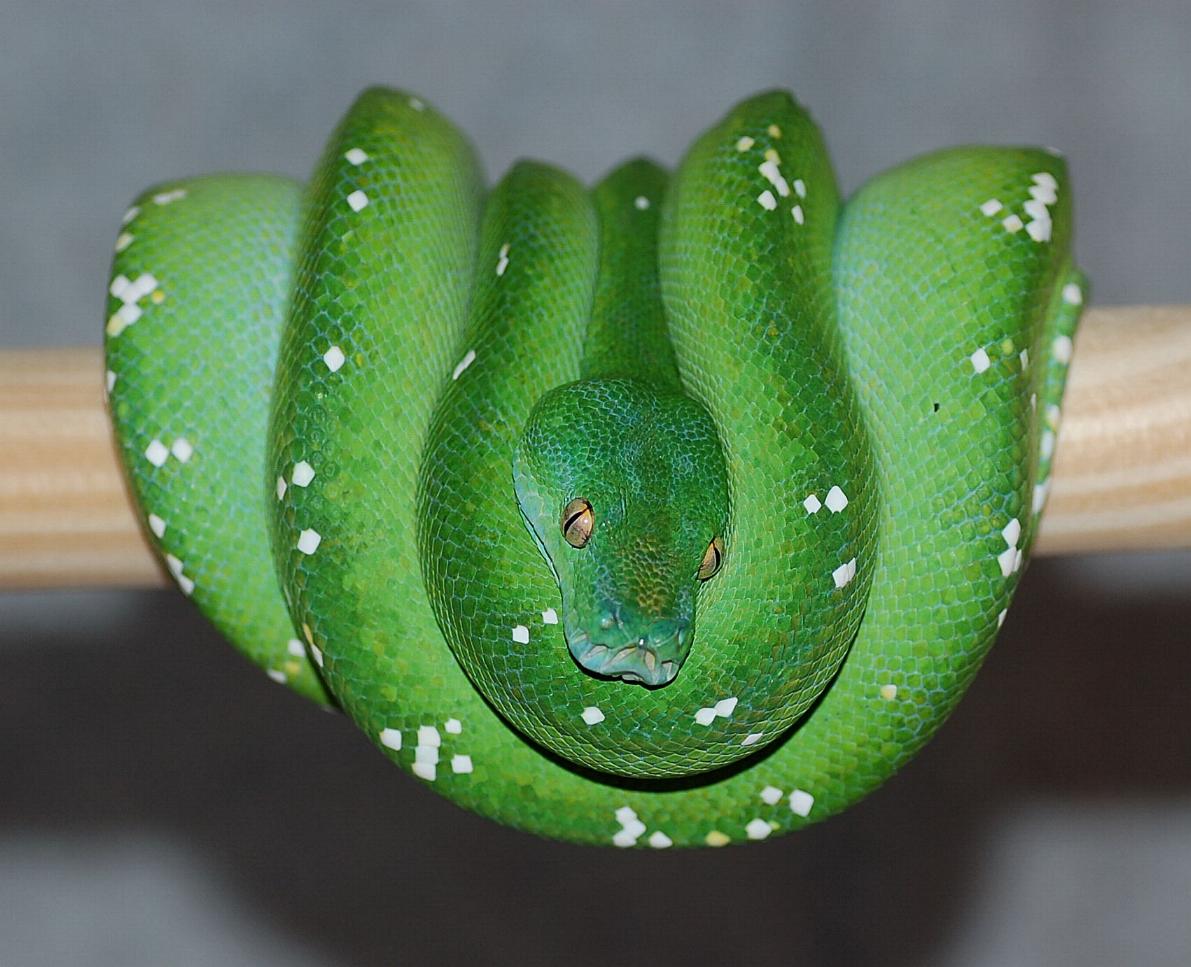 Eating dinner on the front door: 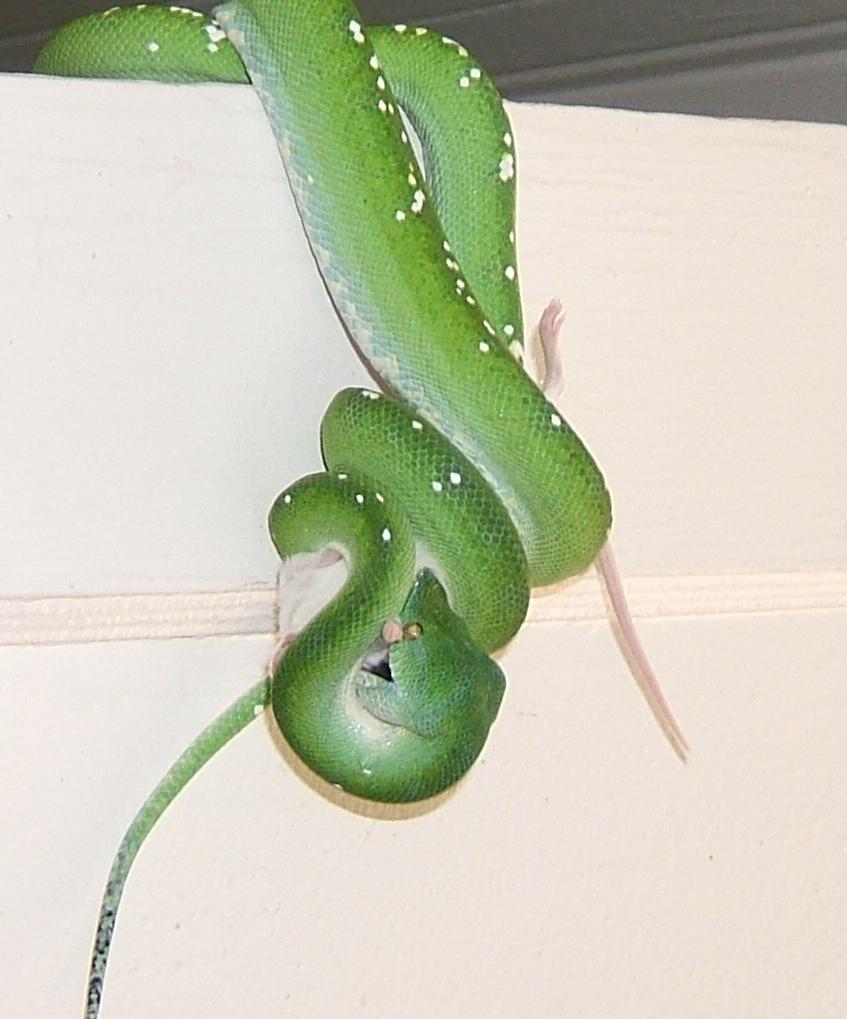 And, my 6 year old male who must be one of the largest male GTPs of all time. Normally the males are supposed to be around 7-800 grams. This boy weighed in at 1875 grams when I weighed him back in September of last year. 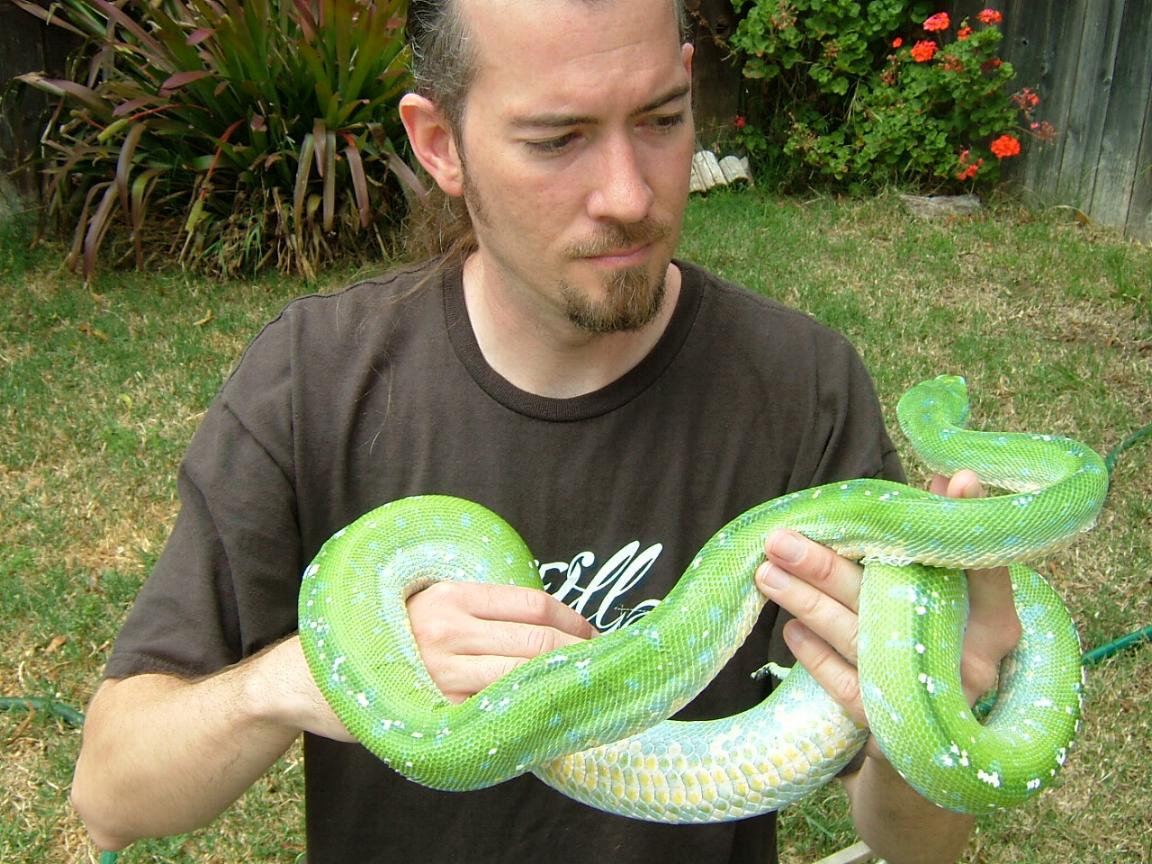 Oh man... Freaking gorgeous!... So much to admire in these animals.

Why thanks Joe-that was kind of a weird comment!

Well here is my ball python jagermeister, just over a year old and barely over 2ft. long. just fed today and he almost got my hand! 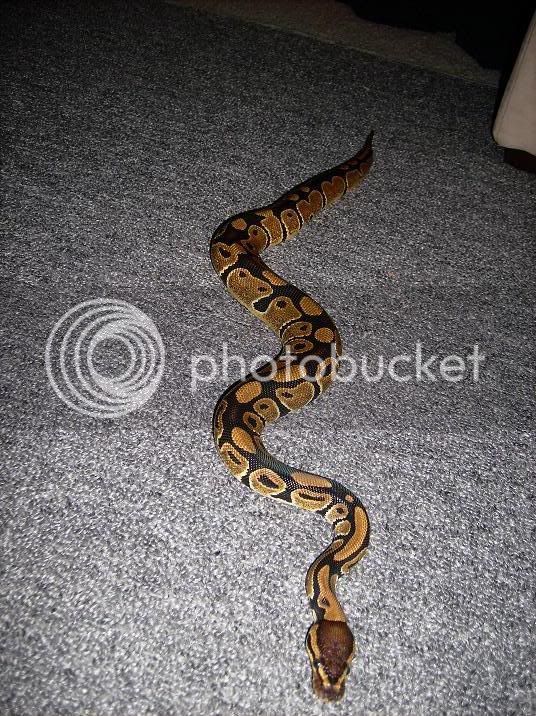 I got two baby red tail boas I'm trying to find home for. They are less then a year old.
You must log in or register to reply here.

Just in time for the holidays- beardies, sulcatas, corn snakes and ball pythons