In the Yemen chameleons, the sexes differ in many features from each other. They show the s.c. Primary sexual dimorphism, which is expressed through
the presence of sexual glands (testes with ductus deferens in males and ovaries with oviducts in females) and copulatory organs (hemipenes in males, hemiclitoris in females).
The problem for sexing animals is, that some of these organs (first group) are situated in the body cavity and some (the second group) in special pockets at the base if the tail, none of them are invisible from outside. There is a technique how to evert the hemipenis, but in young animals and in animals which are dehydrated, old or out of breeding season, it does not work reliably, plus, it might be painful for the animal and is definitely rather stressful, especially if done by an inexperienced owner, therefore not recommended.
Fortunately, there are several Secondary sexual characteristics, that allow us to define the sex rather reliably, especially in adult animals:

SIZE The males are much bigger than the females, they can reach up to 30in / 19in resp, usually stay much smaller

TAIL BASE Due to the presence of male copulatory organs, hemipenes, the tail base behind cloacal is thicker/swollen in males

TARSAL SPUR Males have a prominent knob-like protuberance on the heels, while female lack them. This characteristic is is well
Visible from hatchlings already. Through inbreeding and improper incubation temperatures and regime, however, we can see more and more females with differently developed spurs as well as males with small or lacking spurs.

CASQUE The casque in males is much higher than in females. Through mistakes in incubation and after sterilization, some females can grow very high casques and resemble a fully developed casque of males.

GULAR CREST The conical scales on the gular crest are relatively much bigger in males, plus they are usually orange in males and white in females

COLORATION The general pattern is in both sexes same, however due the ability to change the color, some skin areas melt in color with each other. The diagnostic features are: orange spots on the flanks possess only females while bright yellow transversal bands on the flanks are confined to males only.
For reliable sex determination, all aspects need to be taken in consideration. In doubt, ask experienced colleagues in for assistance.
Other species of chameleons possess same primary but partly or fully different secondary sexual characteristics...

The left column relates always to male, the right to females
They show the differences(top down) in: 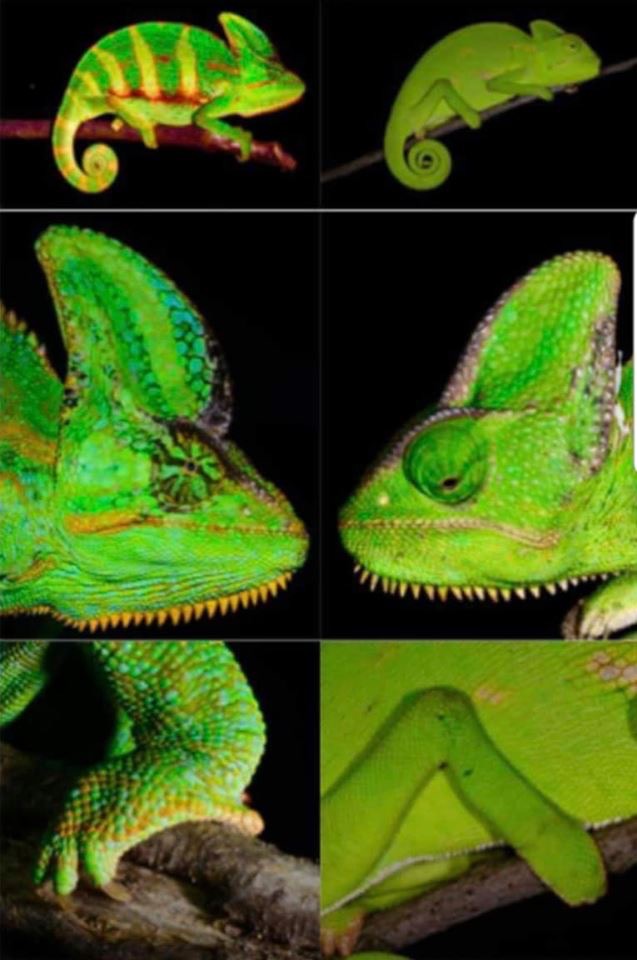 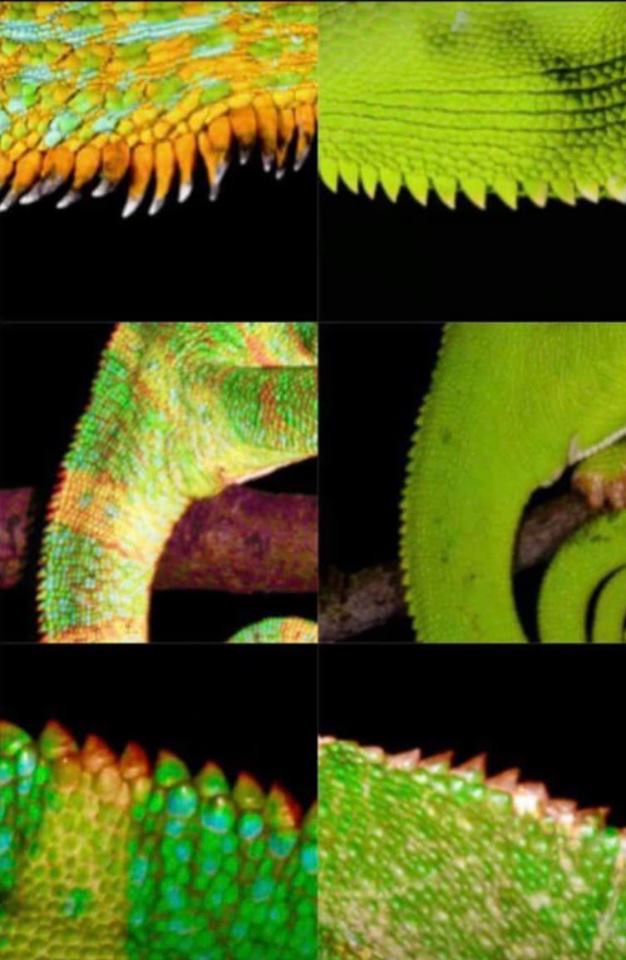 Since we play this game so many times a week....

This is getting bookmarked! Thanks for the info and pics!

You must have lived a very sheltered life.

Nah, just Brodys intro to the birds and the bees talk. The raunchy stuff happens in the Breeding section.

Brodybreaux25 said:
You must have lived a very sheltered life.
Click to expand...

Downloadable graphic:
https://lookaside.fbsbx.com/file/CC...EDYVPSK8GH25L31iQ-1bXNftFQJs_sBFEoEUH8JLVbA9x
You must log in or register to reply here.

How am I doing as a Parson keeper? advice/improvements please?