Receptive and then kind of not?

So I have a now 12 month old female ambilobe, Iris. She's always the pinkish/orange color (no black). She's a big girl, 90g. No eggs though, as she is receptive (or was?). I just recently acquired her a month ago. Vet checked and good to go.

I put my male Proteus with her (almost 12 months old now). She showed no aggression and let him mount her several times. I never saw the deed done. He would mount and "rub" on her, but no connection. I let them be, and about 15minutes later, they were on opposite ends of the enclosure and HE was pissed at her for some reason. No wounds or anything.

I separated them and thought *maybe* they had connected while I was gone and it was done.

Fast forward to today, 3 days later. I showed him to her (not actually putting him in her enclosure) and she showed no aggression. He wasn't head bobbing this time around though. I put him in there, and she's still pink/orange. He started to head bob eventually and she puffed out at him a little bit. But no swaying side to side, and barely had any black on her. He eventually made his way towards her. He grabbed on and she walked away, but didn't darken up, puff up or do anything to him.

How fast after breeding would a female know she is gravid to where she would not accept him any longer? Could the earlier attempt have been unsuccessful but made her start to produce an infertile clutch? 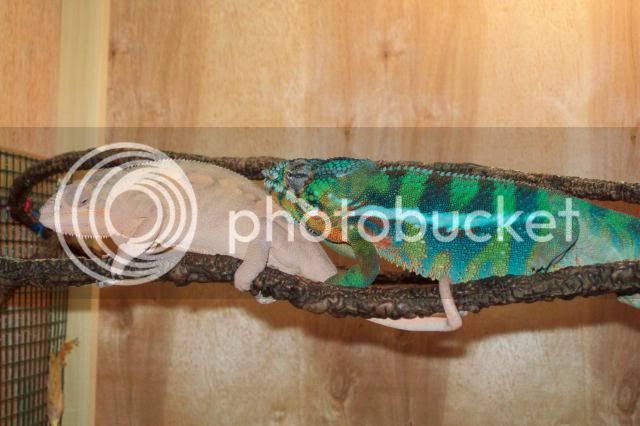 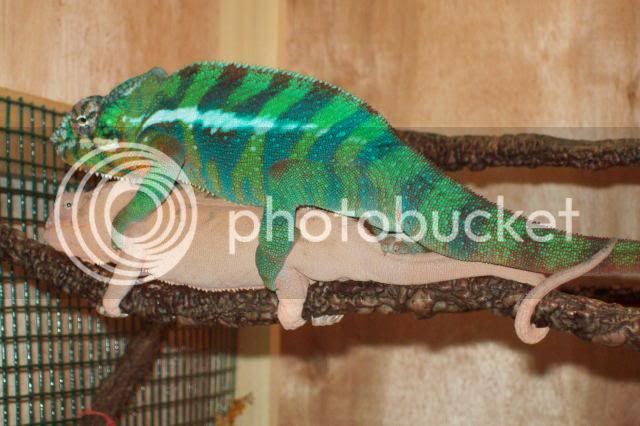 And here she is now, with him in there. She darkened a little bit because of the camera (she hates that thing!) 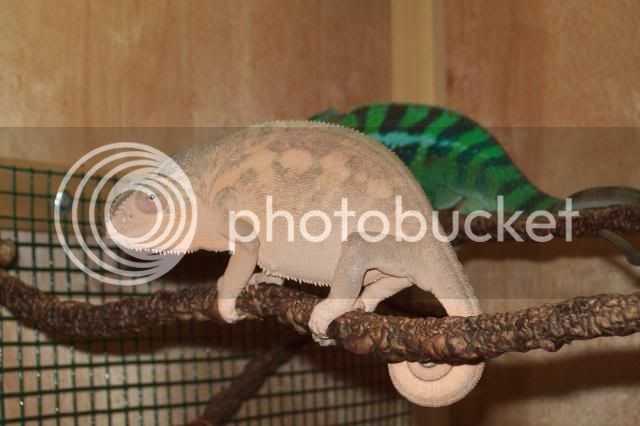 Any help would be appreciated, thanks!
You must log in or register to reply here.