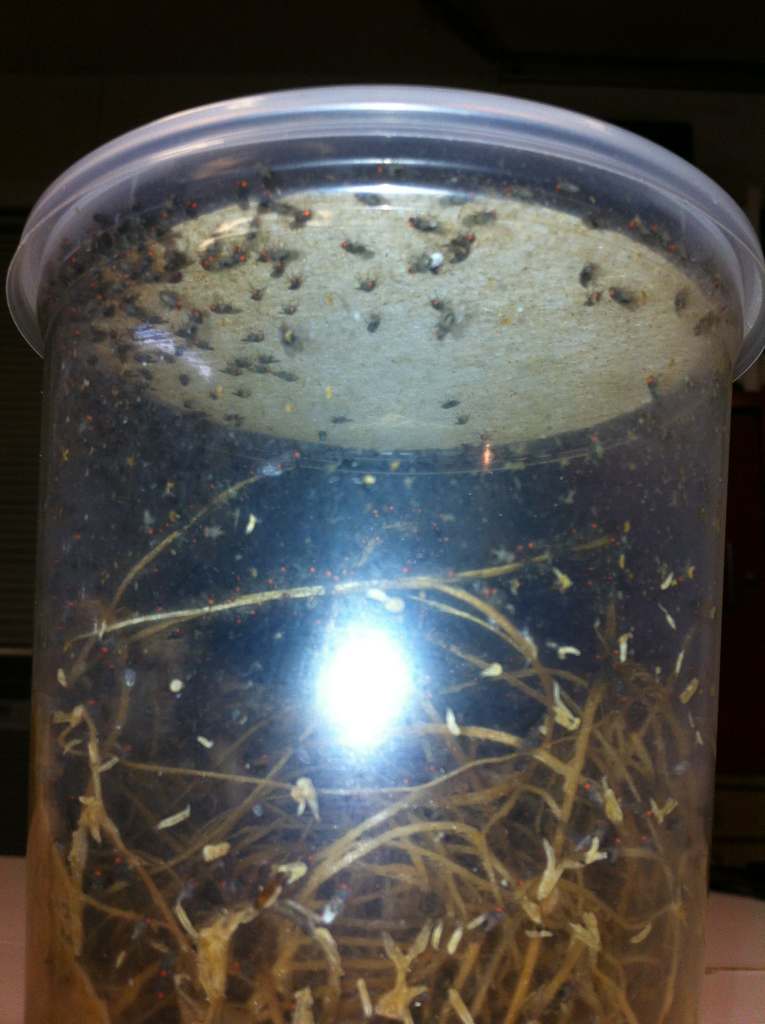 1st 3 Picts of culture made with 2 tbsp of fly media,3 coffee filters & excelsior. 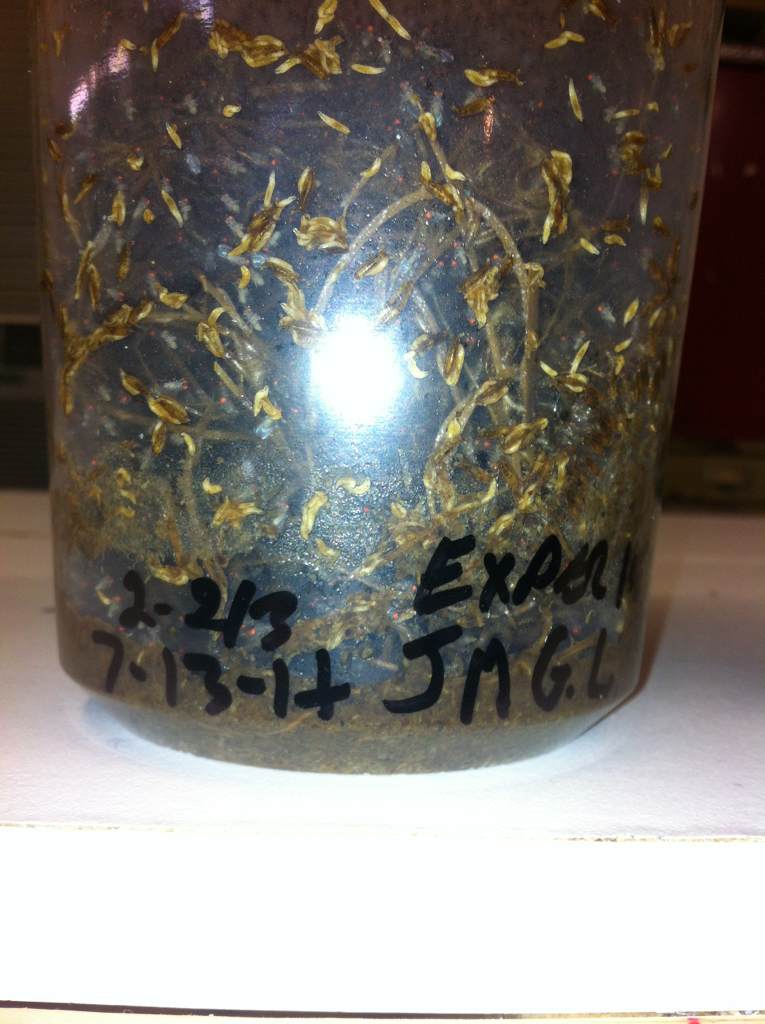 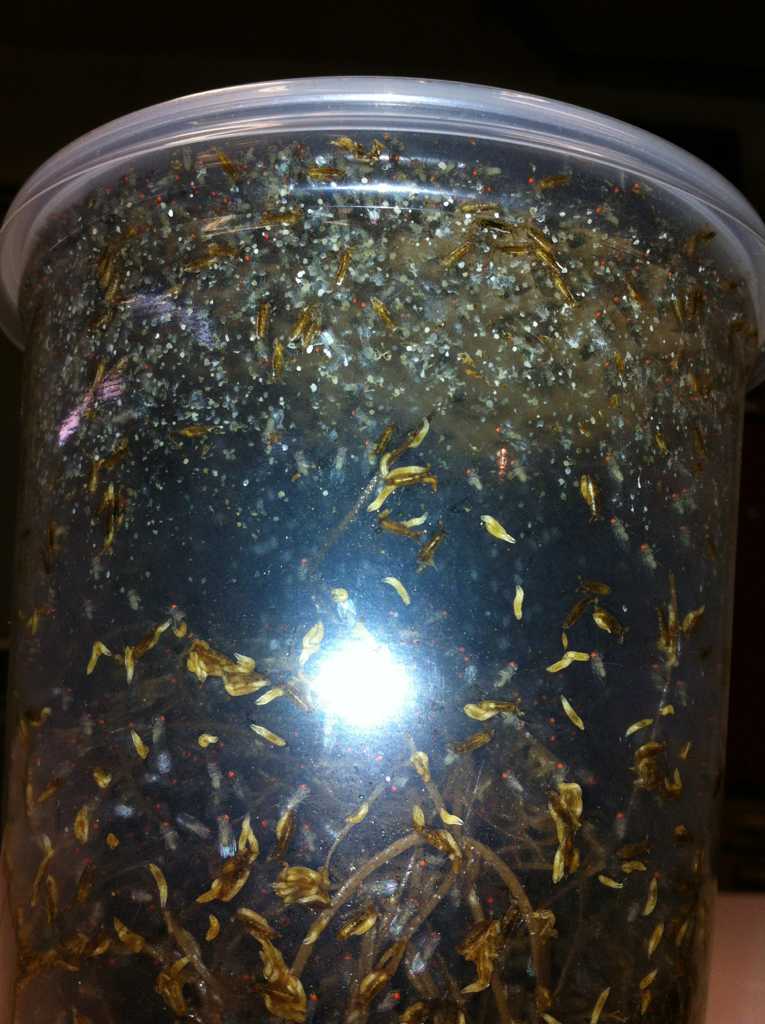 2nd 3 Picts culture made exactly the same but I used only my dry gut load mix. I know it looks ugly as my gut load is green in color but it has produced 3-4 times as many fly's. I have been feeding from both cultures.I also notice the fly's from the gut load culture look bigger and have more red in them.Just thought it was interesting!

All this HAHA my fruit fly cultures>yours and you dont tell whats in your gutload....sigh.
S

ataraxia said:
All this HAHA my fruit fly cultures>yours and you dont tell whats in your gutload....sigh.
Click to expand...

Thats awesome to know! Im going to try this.
S

This pic was after I fed all the baby's

Have you noticed the cultures going bad faster than usual with the chow added?
S

Rob,this culture was made with nothing but my gut load mix ( Sandra's mix ) and has no fly culture media in it. It is 22 days old and this one culture is producing more fly's then I can use, it's amazing how many,how big and how red they are! I just did it to see what would happen. It has been said you can't gut load fly's but I can't help but think if the fly's are raised on such good food that they are better for my chams! I have also been adding some gut load to fly media and gotten good results but none have produced as many flys. The culture looks bad as the gut load is green but it is producing fantastic. It may not last as long,time will tell but it doesn't have to as I can feed from it and still start many other cultures. I will post when it plays out so we can have a better idea how long one could expect this type of culture to last.

I have baby's coming in about a month. You are very timely. If mind do not work, you may need to start a lot extra ones.

Awesome stuff, bro! Great job!
You must log in or register to reply here.

Not sure what to do for him