A few days ago I redid the plants in Amaro's cage.

Heres how it looked for about the first 2 weeks of having him. It was almost completely fake plants, aside from two tiny Pothos and hibiscus. 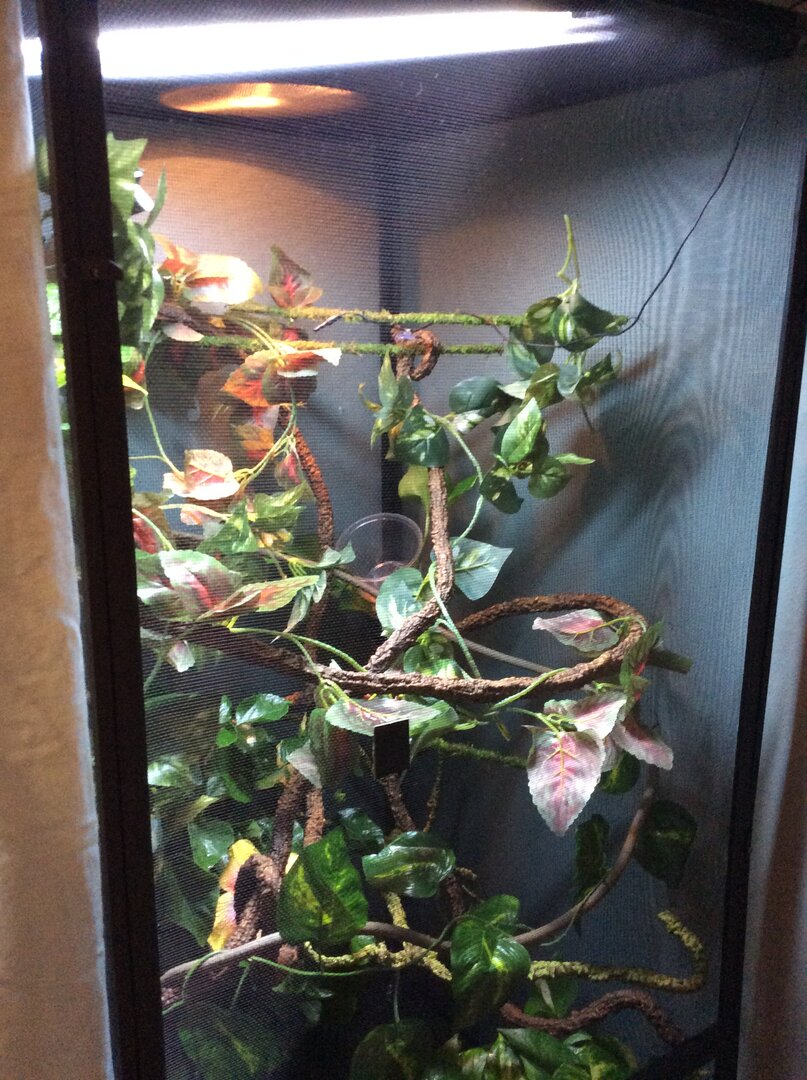 Then I did this to it after @Beman explained I should replace them ASAP. (as Amaro was developing a liking for eating plants) It stayed like this for about a week. I replaced all but three fake plants, though it was now quite empty. 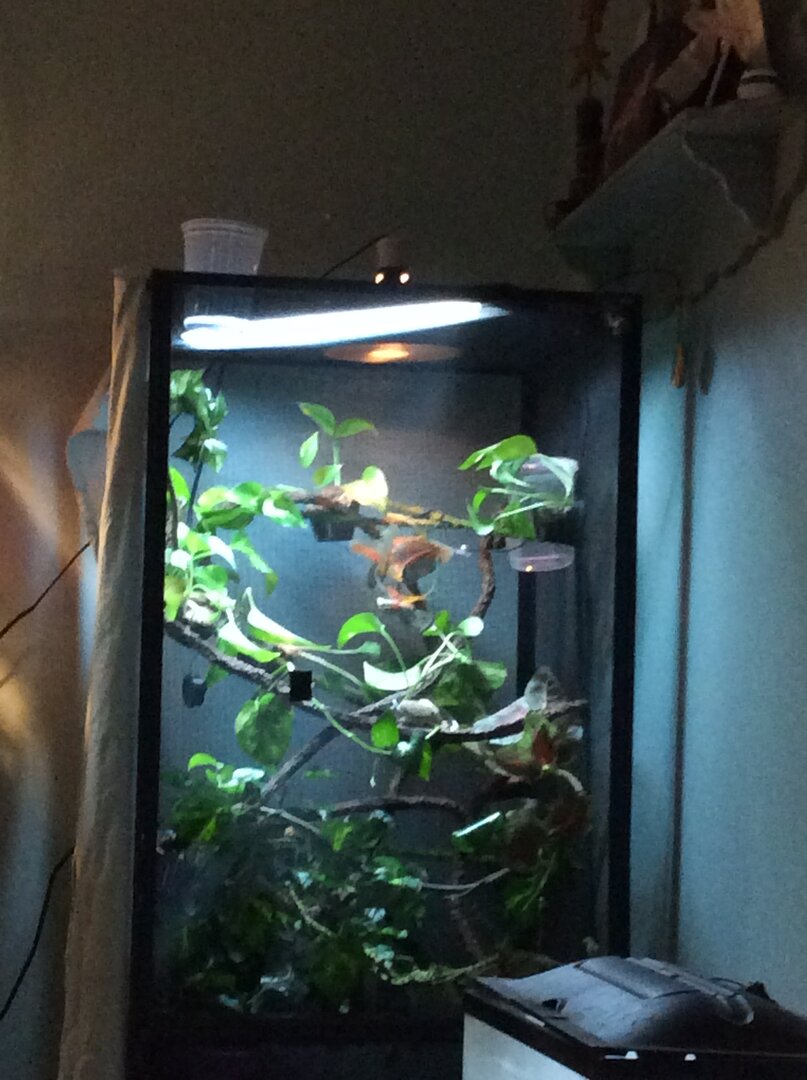 Now I did this yesterday, this is what it looks like at the minute, and probably forever unless a plant dies, lol. I removed every fake plant. 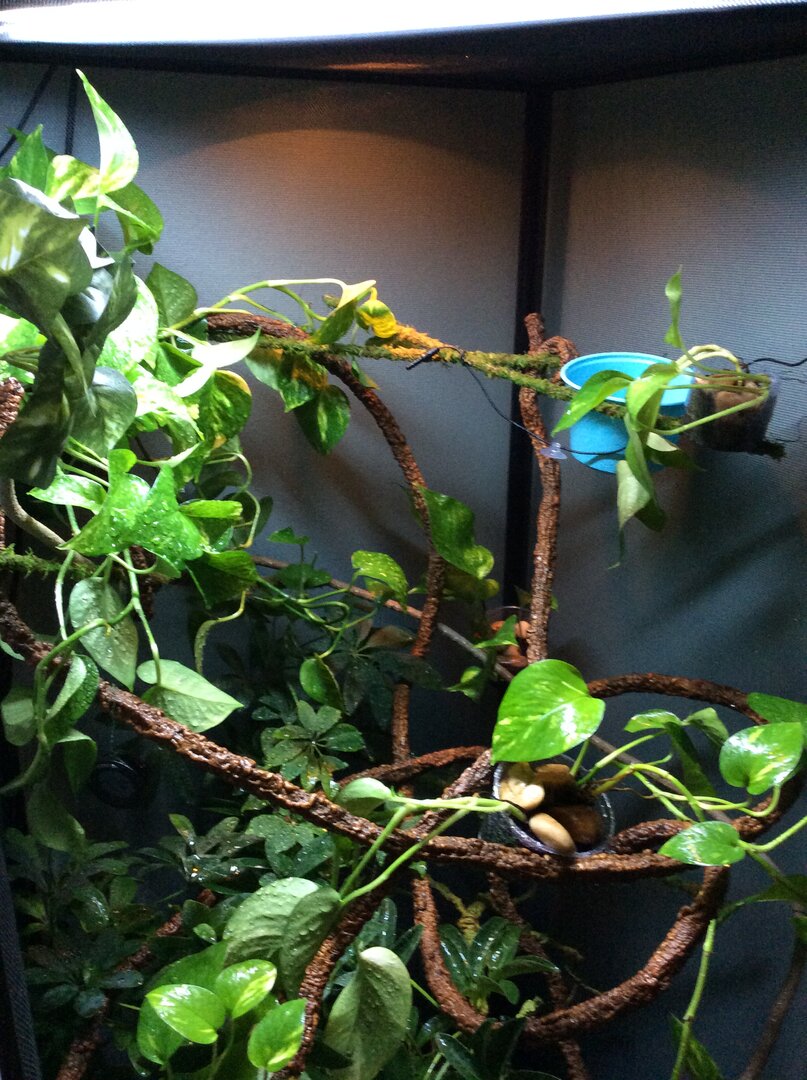 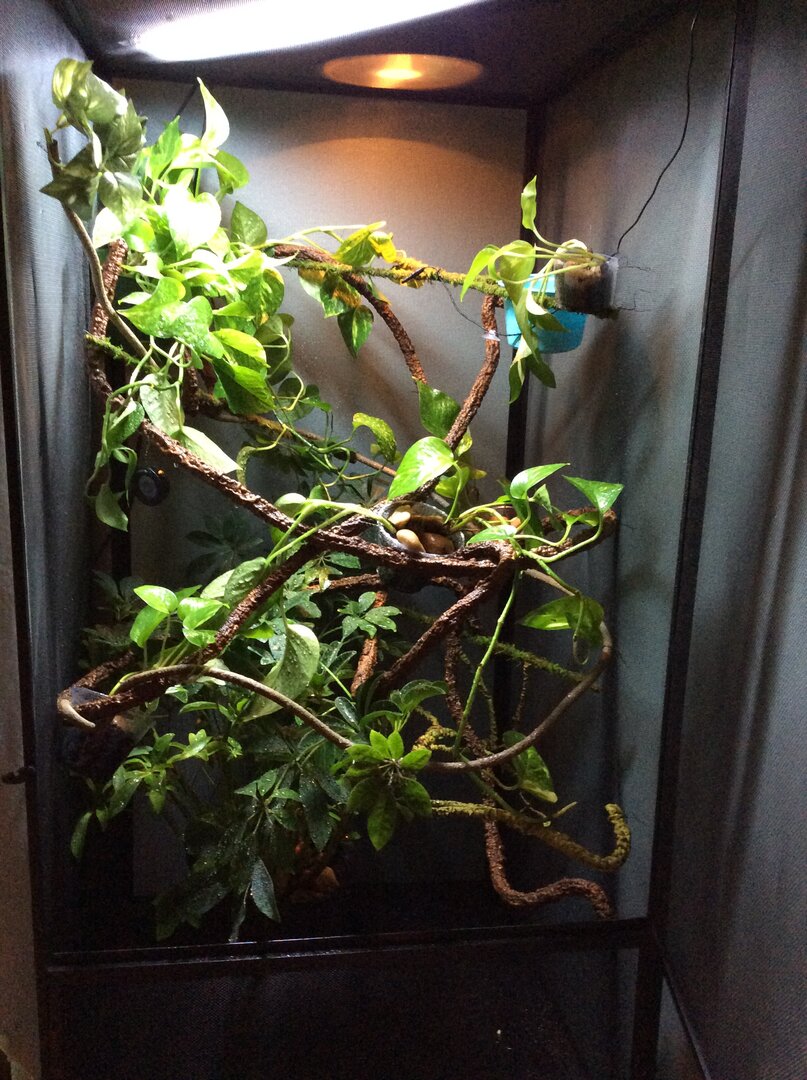 And yes there is a tiny bunch of fake plants stuck into a vine in the front in the top corner, couldn't figure out how to get it out, it's as if it's glued into it. I tried cutting it but its a bendy fake plant, so there is thick wire in there and the scissors wouldn't cut it. Ill get some wire cutters and cut it off tomorrow.

So what do you guys think? Anything I could change?
You must log in or register to reply here.