Back in March I bought a male nosy be at the reptile show.
I thought something seemed a little off,but I bought him anyway knowing regardless of what his problem was he still deserved a loving home and chance.When I got him home I noticed his left side of his mouth had a little gap but nothing major.He eats & drinks like a champ.I named him Brutus
I was told that he was hatched Dec. 7th,but at this point who knows when he was hatched.
Took him to the vet and first thing the vet said was there is a problem,he has a birth defect with his head and mouth.It's like the top of his head never fully fused together and the left side of the inside of his jaw is offset,He's eye's are a tad off.Because of the offset he has a little bone that protrudes around the shoulder area because of the offset too.But this only happens when he turns certain ways.It's like nothing aligns right.
He can never be bred because of possibly passing this on.Not a biggie to me since all I have is males,but just the fact knowing this upsets me.
Why would someone sell a cham that they have to know has a defect,you can't miss it.Do they just not care and only in it for the money.Needless to say I'm not happy,but I will not get rid of him because of it.I love him regardless of his issues.
I talked to my vet and this is not something that can be corrected nor should it cause him any problems later in life.He should still be able to maintain eating and drinking.Pics aren't the best but u can still make out the problems 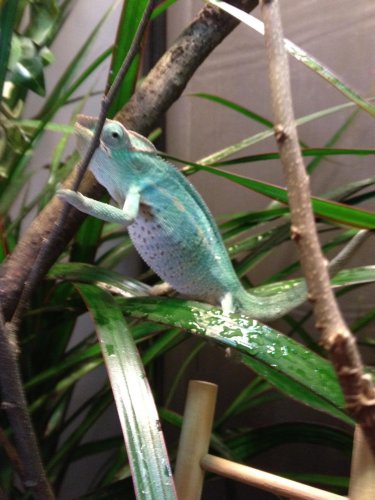 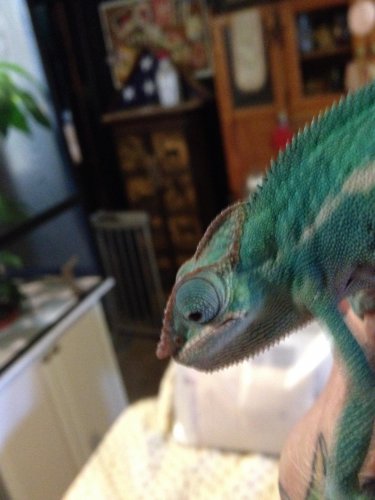 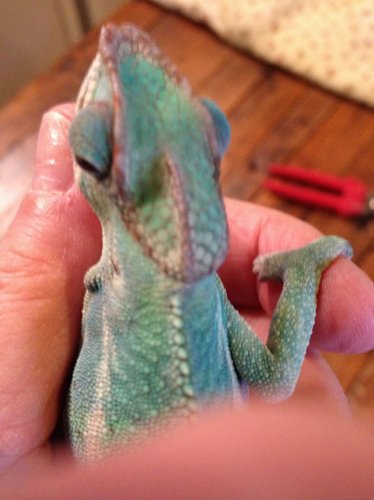 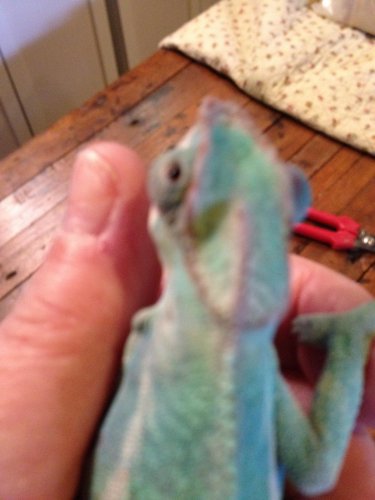 Well, if they hadn't sold him to you they probably would have killed him. It's what people usually do with deformed or sickly baby animals, so even though it's irresponsible that he was sold to you without being informed (although you saw it from the get-go) that he was malformed, for Brutus it's better than being dead. And he's still lovely, so even if he doesn't look quite right as long as he can carry on without any hinderance he'll be just fine as a pet.

Yes I know that's what people do even tho in most cases it's still wrong.That's neither here nor there and one reason why I have 3 deaf great danes.This could also be why I felt it in my heart to buy him.He deserves a chance to thrive and be loved even if he has a handicap.And yes he is a handsome little man

Yeah as long as it didn't cause any problems I think it would be kind of cool to have a "deformed" cham. Extra unique!

The vet did say that he shouldn't have any problems later in life,but I will still keep my fingers crossed and only time will tell.

ah, poor guy. kudos for sticking with him. he probably doesn't know any different though. good to hear the vet doesn't think any problems should come of it.

He is a handsome boy! I am so glad you decided to give him a kind and loving home.
You must log in or register to reply here.

Euthanasia has been suggested as an option