So, I’m quite new to having a juvenile veiled chameleon, or should I say chameleon in general. I’ve had experience with turtles before, but with my male veiled chameleon I seem to always be worried if I’m doing anything right. I’ve had him for about 2 days. I’ll handle him at least once a day to get him used to it and I’m trying to get him used to a new day & night schedule. As of now I feed him dusted mealworms, I put about four to five in his dish twice a day. I don’t have a misting system, but I do manually use my dripper to water his plant and the backdrop of his terrarium. So far I make sure to have his humidity at 50% and his temperature in between 80 and 90. I’m curious if there’s a max humidity and temperature I should have? He’s only hissed at me once which was this morning, but i believe it was because of the new day and night schedule, but I could be wrong. I just want to make sure I’m caring for him correctly and that he’s happy. The picture of him with spots and stripes is him after a few moments of handling, once I put him back inside the terrarium . And the other picture is his normal colors, he tends to be that color when he’s basking and also when he’s exploring like if he’s on my shoulder or hanging out on my glasses. 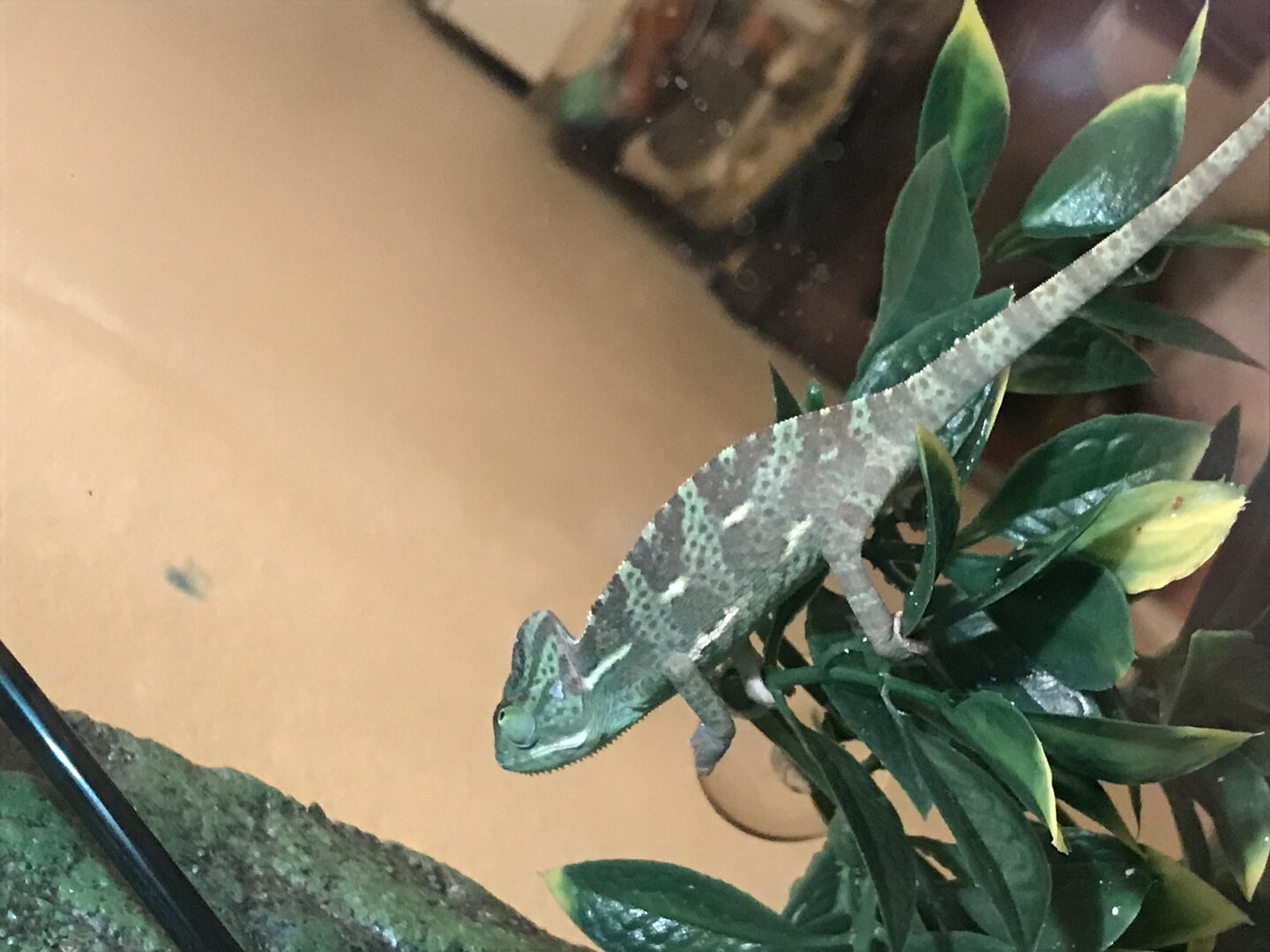 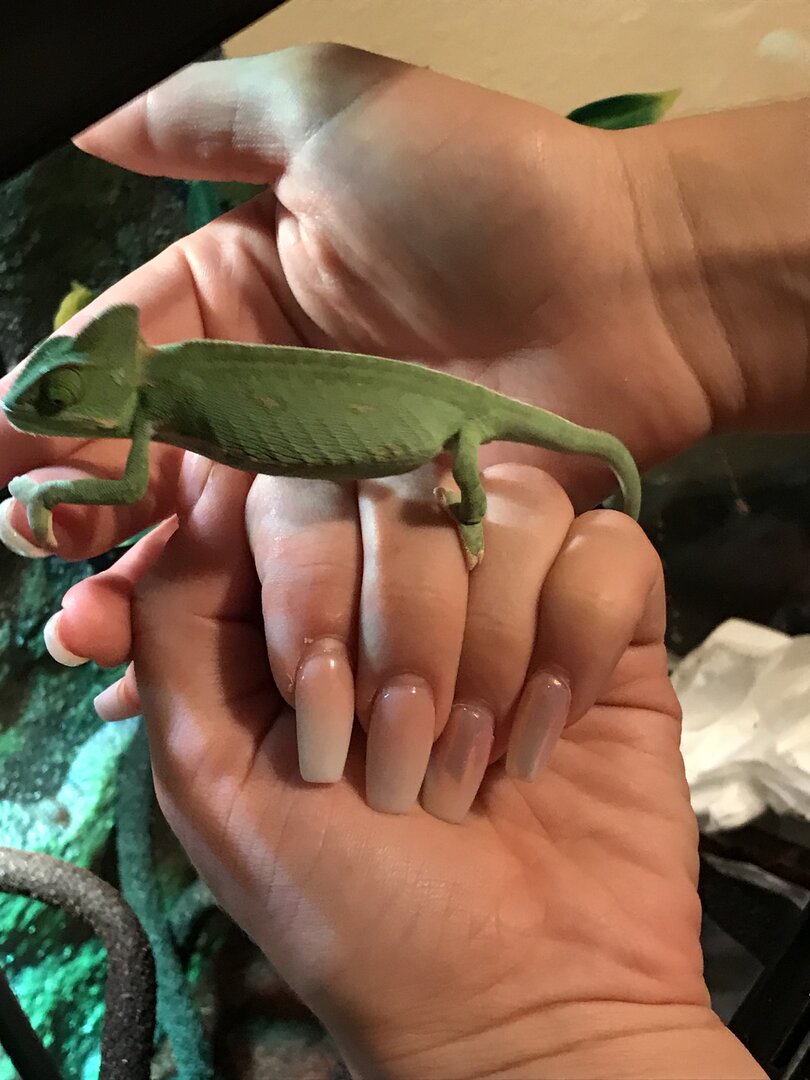 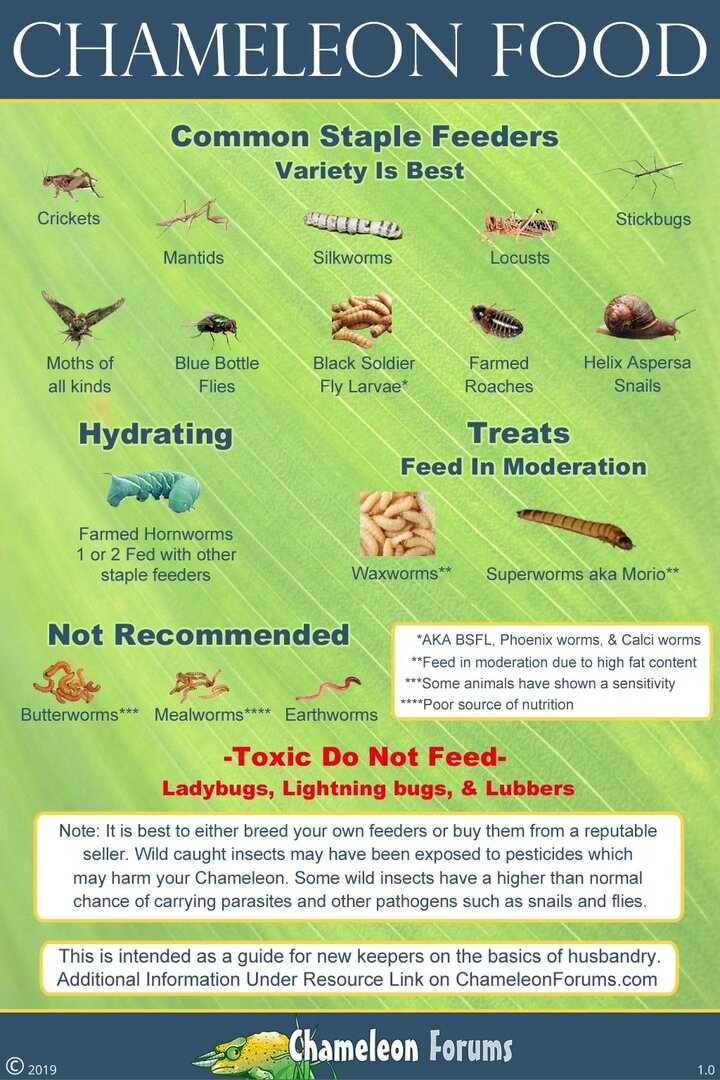 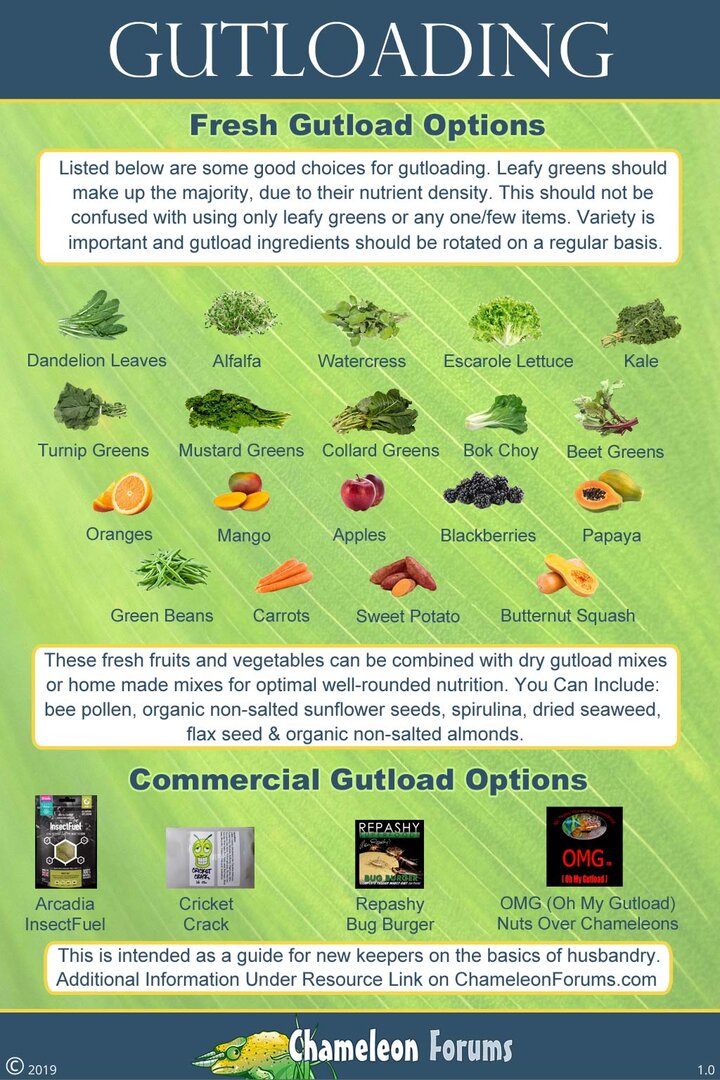 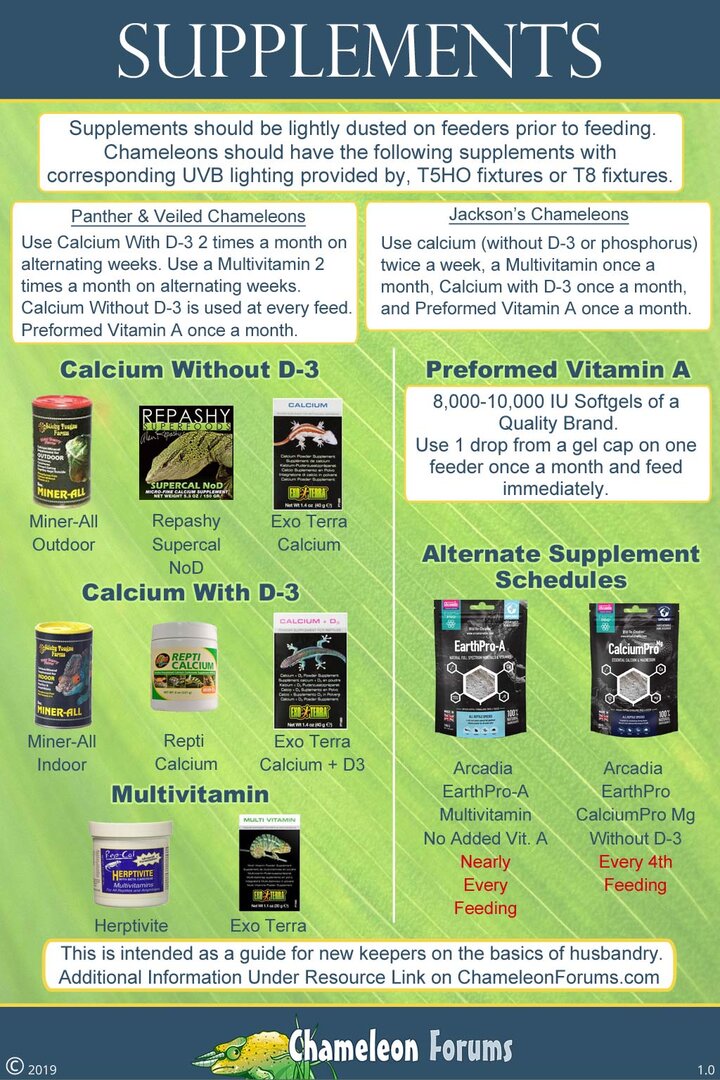 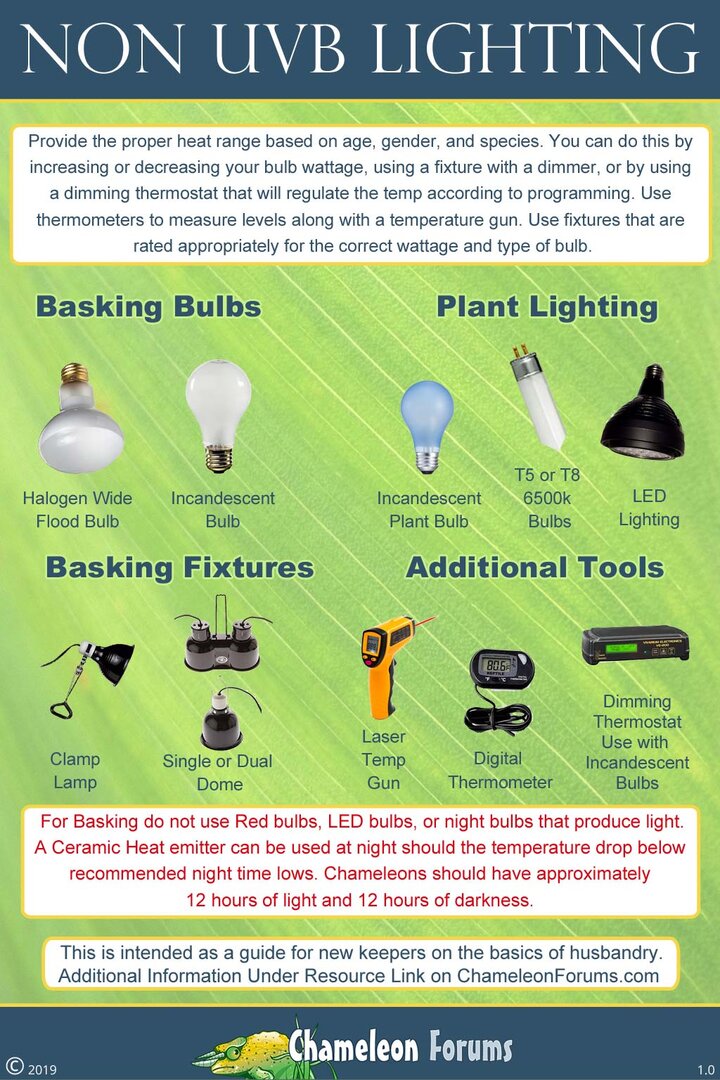 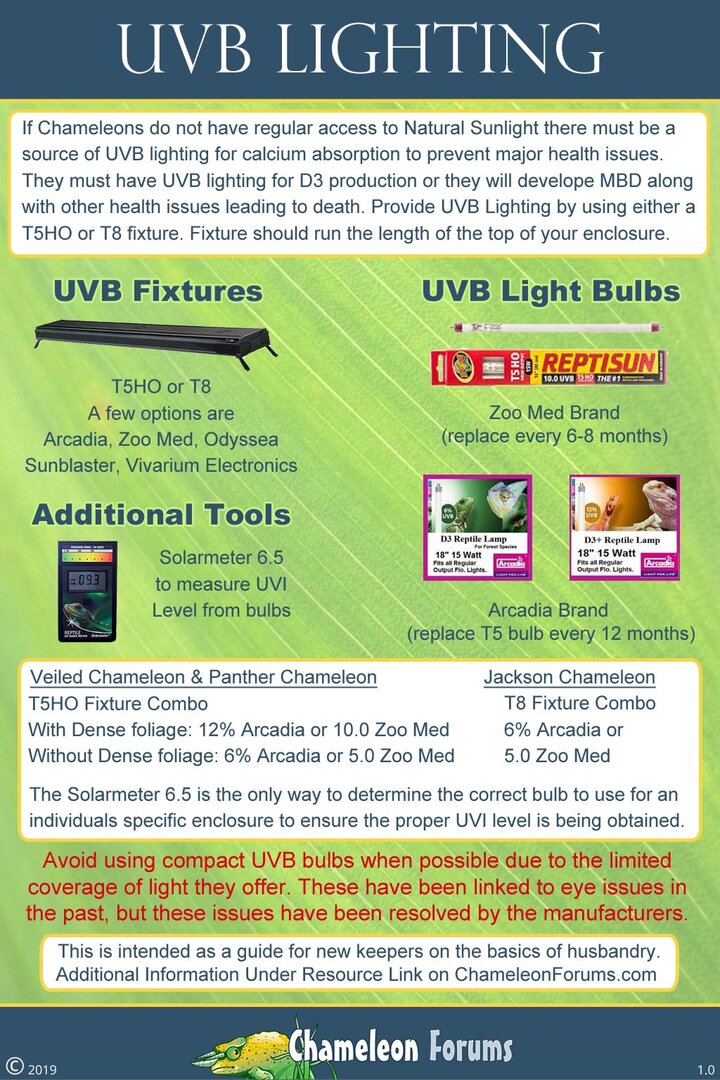 Welcome! The best way to get the answers you need is to do the care form. You can just copy and paste then fill in your answers. Also, it looks like you have a female. If you could send up close pics of the back feet we can tell you for sure. Males have a spur growing from the back feet. It sticks out so you can’t miss it.
Chameleon Info:
Cage Info:
Current Problem - The current problem you are concerned about.

You beat me to it lol

You sure that’s a male? The coloring looks a little female to me
You must log in or register to reply here.

I think my chameleon died today
2