New member but not quite so new owner!

My daughter and I have been learning about chams for the last 8 months or so when she decided to adopt a graceful from her aunt's pet store. Pascal came to live with us (or Agent P as he has become to be known) last November and I have had a lot of fun getting close to my daughter and learning about a new reptile. My background is mostly in snakes (which I am about to get back into). I had a few lizards when younger, mostly wild caught species from the greenbelt near my home in Austin at the time including Southern Alligator lizards, horned frogs, anoles, skinks, etc. Getting to know this guy has been a bit of a challenge due to the humidity requirements. P took a good 4 months to acclimate but he seems pretty happy now. He eats from my hand (via a cup) approximately 5-7 med crickets every other day. He is picky though and has refused any other food. He likes to be held and explore a bit. He also gets beautiful stripes/spots when we get him outside during cage cleanings.

We currently have Agent P in a glass terrarium (don't know the brand but it has a screen top and vents below the door in the bottom). We have had "fun" trying to keep the water at bay collecting in the bottom so he is about to move to a screen enclosure that was given to us (Zoo Med). There is no bottom currently but I am about to screen it so we can put him on a wire shelf and have a drain pan/bucket underneath. We have an automatic timer for the UVB light and the basking bulb and a digital Acu Rite thermometer/hygrometer AND we are very excited about our Mist King system that should show up Thursday or Friday. We have been hand misting up to this point, which is hard with her about to go back to school. Agent P also has a dripper, which he/she loves drinking from. All the plants are arti's right now but I am researching different live plants to add to his enclosure.

So now that I have rambled on, I guess it is time to introduce P to the group. If anyone can help sex the little guy we would love to know. If you need better pics, I can get them later today. These are just a few we had on our collective phones. I got some real nice ones last Saturday with the DSLR but haven't downloaded them. 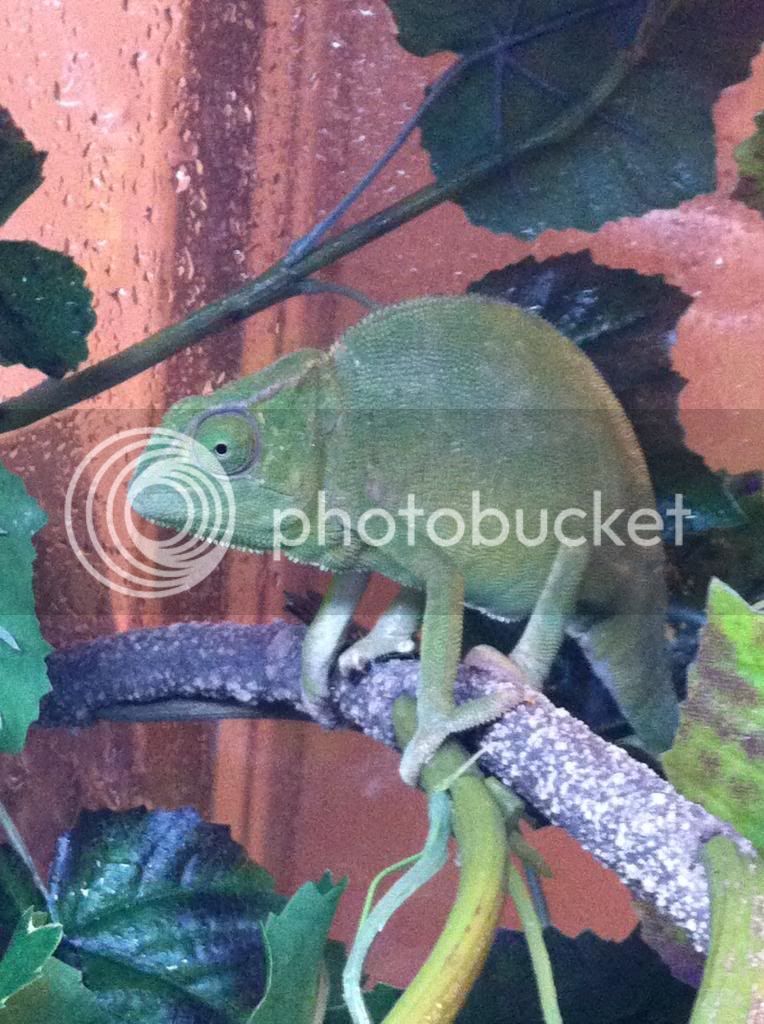 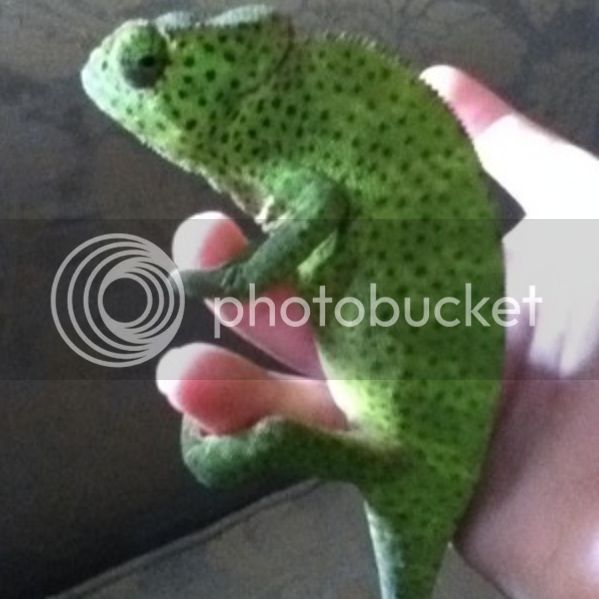 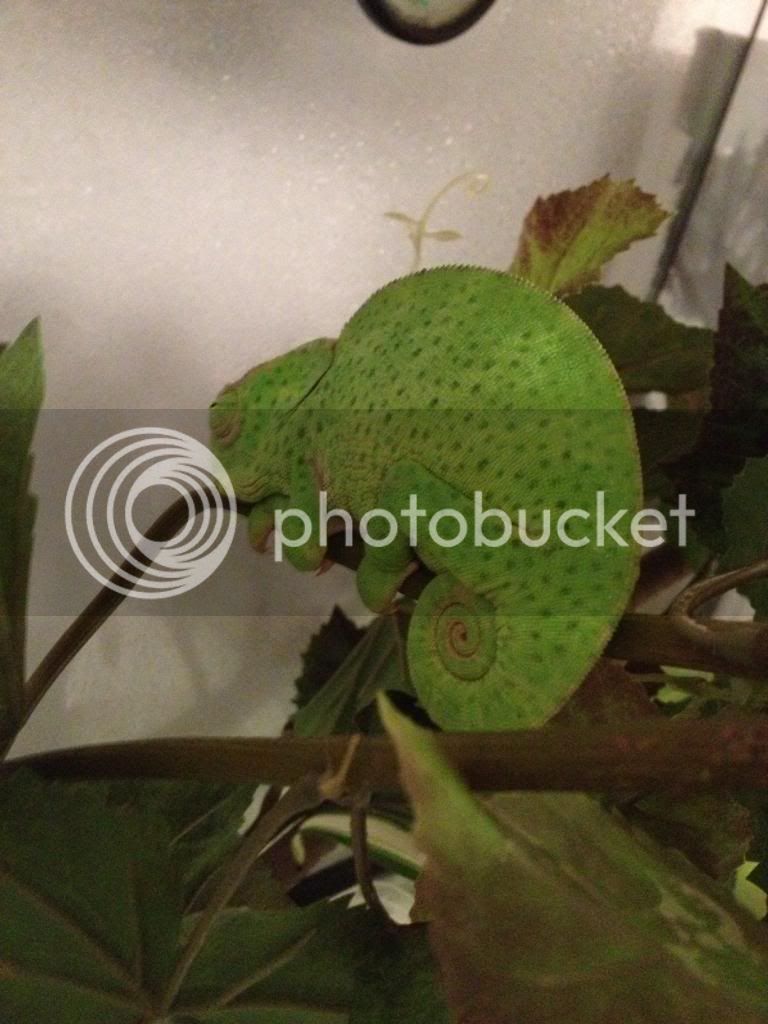 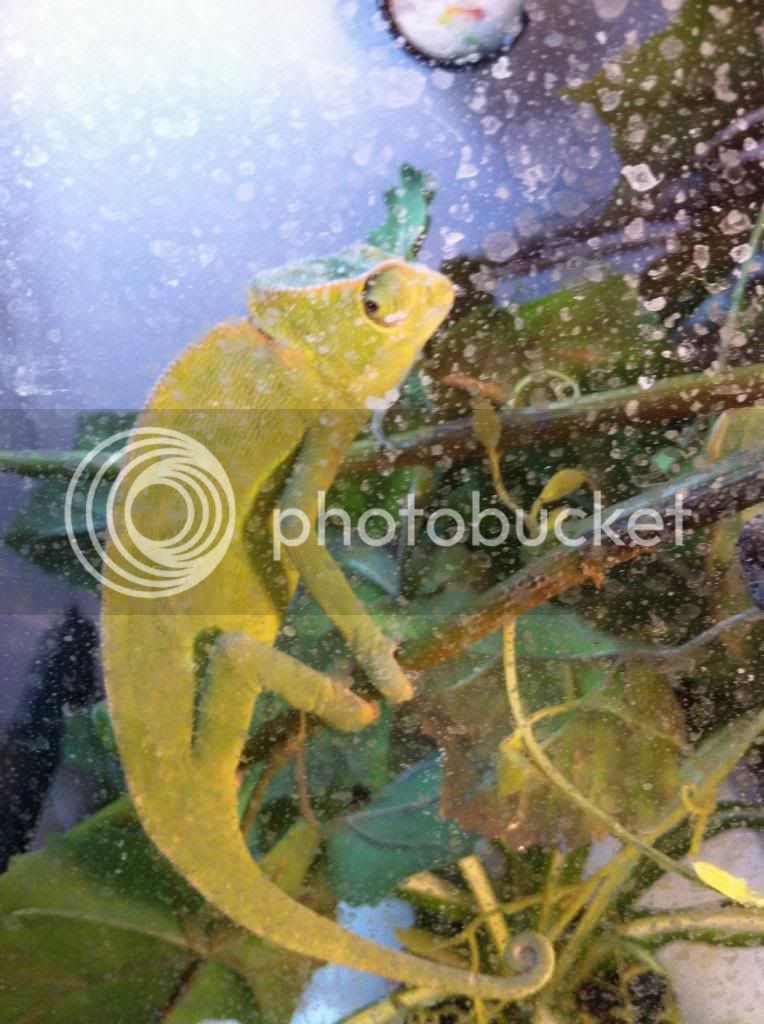 welcome to the forum

Welcome to the forum. It sounds like you and your daughter have shared so wonderful times getting to know "P". Glad the 3 of you are here.
You must log in or register to reply here.