My Cham crew is ever changing...

Since I haven't been on CF alot during this summer I thought I would post some new pictures of my crew. I have had a loss (RIP Camo), welcomed two new members to my scaley family and have introduced a new set-up to my babies which has helped with humidity and ultimately healthy, regular sheds! I probably shouldn't say this but all is going GREAT in my Cham world, and I hope they are happy too! (knock wood!)

This is Dexter who came to me from The 'House of Chameleons' - Daddy is Darwin! He is 4.5 months old now! 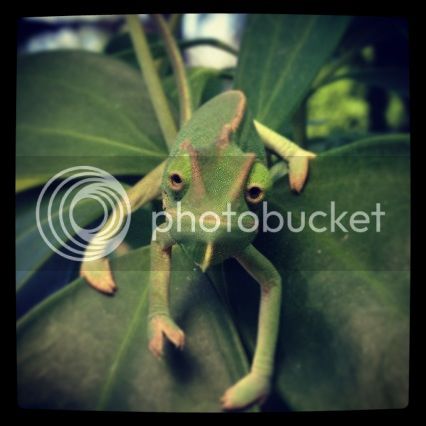 This is my 7 month old gravid gal Daisy! She is a feisty little girl, who I love dearly. She is being groomed as Dexter's girlfriend! 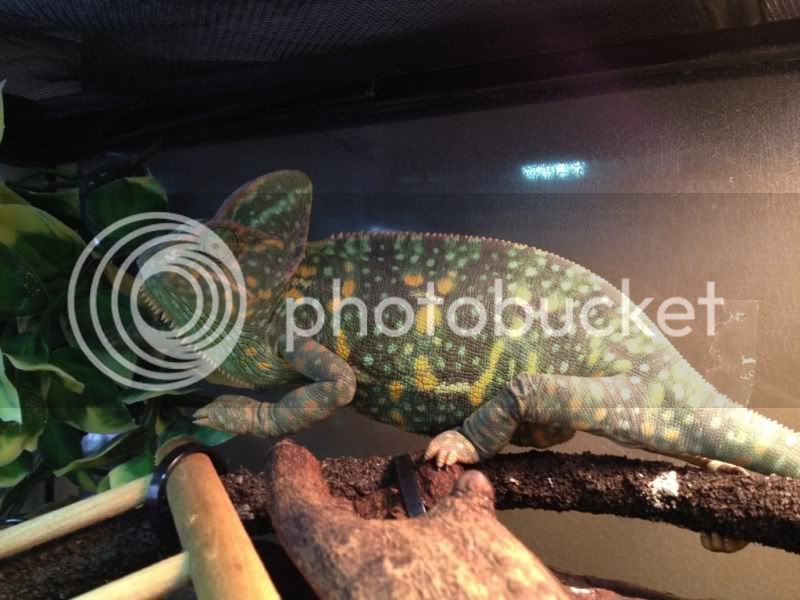 This is Kane, my two year old rescue who has turned out to be a wonderfully gentle and friendly Cham. He's my big baby!

This is my little female Pygmy Cham, named 'Newt' that I got from ReptiGeek here on CF. Newt is a darling and so much fun to watch! I plan on getting her a bf in the next few months! 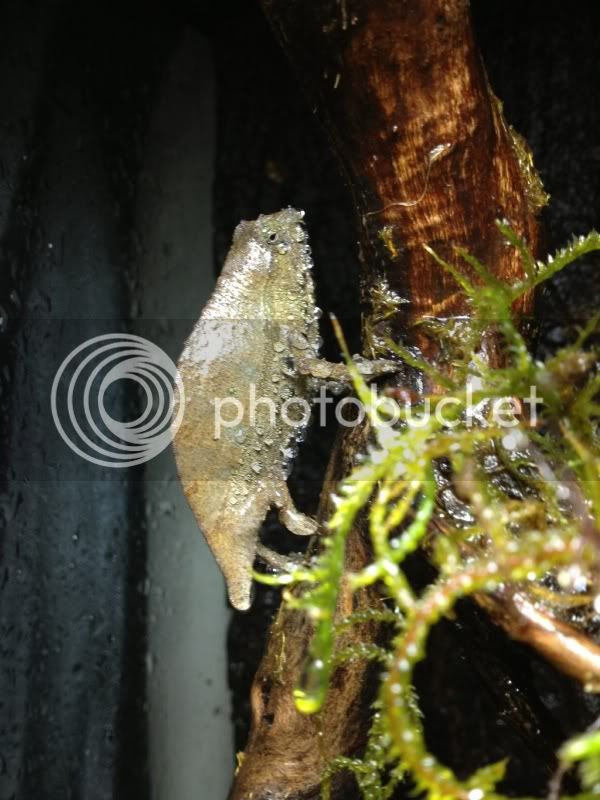 And lastly this is my big blue Turq, a rescued Nosy Be that is about 1.5 years old. Turq has had a bad blood infection that saw his feet become open and raw and the spikes on his back become inflamed, rot and die off. I thought I was going to lose him but we fought back and with ALOT of love and care, daily chlorhexidine soaks, veterycin & silvadene applications and oral Baytril, I have managed to bring him back to stellar health. I am so proud of my blue boy - he's come a long way from the hissing, mean and snapping boy he was when I picked him up. 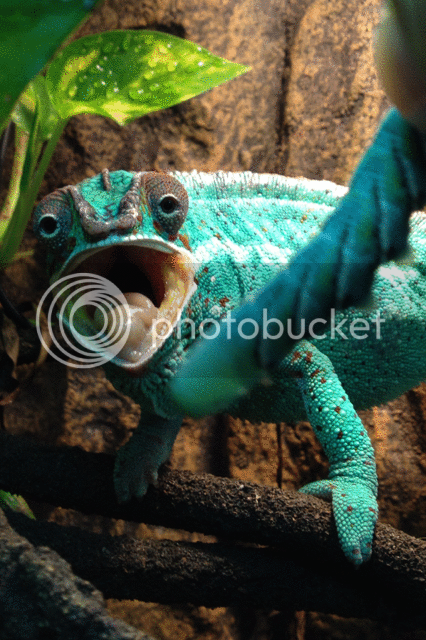 nice!
thanks for posting the pics and for doing so much for that beautiful nosy

dom1959 said:
nice!
thanks for posting the pics and for doing so much for that beautiful nosy
Click to expand...

Awwww, thanks! I love that panther! When you spend time fighting an illness it brings you closer together!

What a beautiful chameleon family you have! Thank you for the update and pictures. I didn't realize you had so many new chams.

jannb said:
What a beautiful chameleon family you have! Thank you for the update and pictures. I didn't realize you had so many new chams.
Click to expand...

Thanks so much Jann! I had the opportunity to rescue a couple chams that really needed the chance and another fell into my lap and I couldn't resist! You know how it goes! I'm prepping for some future breeding projects and an eventual move into a dedicated Cham room. As it stands now, I've run out of room!

They are all nice, I really liked hearing what you did for your rescues.

all beautiful babies and glad dexter has such a loving momma
You must log in or register to reply here.

So excited about my crew! Meet all my Chams and their sires.

Photos of My Pets
2

Eyes closed on my chameleon.