I am having a real hard time keeping my crickets alive, they started off in a 116 quart container in my garage but I thought maybe they were getting too hot or humid so I moved them to my guest bedroom with no luck. I order 1500 at a time and place them all in the same cage. I use 4 whole egg crates stacked on top of each other using PVC pipe spacers roughly 2” between the egg crates. Then I place several pieces of egg crates randomly in there. I feed them every day ( alternate between cricket crack and bug burger ) they also have water crystals available all the time. I mix water with my gut loads and make it into a slurry I don’t feed it dry. They also receive random vegetables from time to time ( only approved veggies from our care sheets ). But I still loose roughly 60% of my crickets. That A LOT to me but maybe that’s normal? I order 1/2” size crickets and out of 1500 that I received on 5-26-2019 I only have maybe 100 left. I do probably over feed my little guy but I feel like he’s a growing boy who needs to eat lol. I feed him roughly 15 crickets a day so that’s 180 since I got my shipment on 5-26 that’s a loss of around 1200 crickets! Every order has been this way. PLEASE HELP ME!!! Any and all info would be greatly appreciated guys and gals.

Where are you ordering from!? Get banded crickets my friend!

How do you have it setup for airflow?

When crickets poop/ die they release ammonia gas. The gas builds up and kills more crickets until you have a very stinky bin of dead crickets.

I order them from Ovipost, I just recently got a computer fan to place on the screen top to help circulate the air. I do clean there cage every Sunday, I willing to try anything lol

Go to ghanns and you wont have any die off

jamest0o0 said:
Go to ghanns and you wont have any die off
Click to expand...

With shipping I always found Ghanns very expensive. Any other options? I usually order from fluker, but they are regular non branded crickets

I've noticed ghanns is a little on the pricey end, but you get what you pay for. If you want healthy crickets that seem to live forever pay the little extra. It probably turns out to be cheaper anyway with how they outlive other crickets.

I’m down for more money if they last, at this rate I’m paying about .12 a cricket with my death rate that’s higher that Petsmart! I just compared my last order to my new order from Ghanns and it’s about 8 bucks more. But like I said if they last it’s WELL WORTH 8 bucks.

Give it a try and let us know how it goes

Best thing you can do is find the nearest cricket farm to your location and order from them. Also think your population density is wayyyy too high, stress will kill them. That releases even more ammonia. As mentioned above- ventilation is key!

So what is a good number per tote? I originally was buying 1000 crickets at a time and had them spread among 3 of the smaller totes in the pics I attached. I had the same problem. I’m open to any and all suggestions because I have asked before what size tote I needed for 1000 crickets and didn’t get an answer. So should split them among 5 of the bigger totes in the pic? I have 2 of the bigger totes and 6 of the smaller ones in the pic. I rotate them out as I clean them every Sunday. I did have 1500 in the larger one and I split 1000 among the 3 smaller ones. The pic of the egg crates are how I set them up in the totes along with several pieces of egg crates. So I have too many per tote? I can definitely buy more totes lol there cheap compared to all these dang dead crickets lol. I used the milk jug for a reference of size. 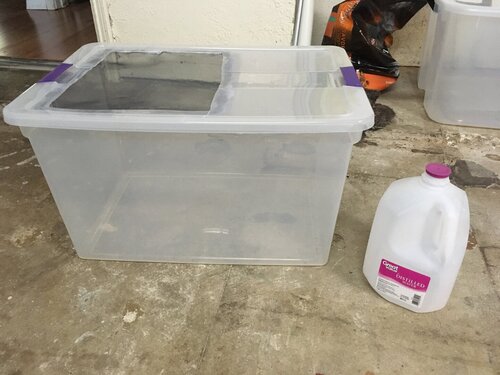 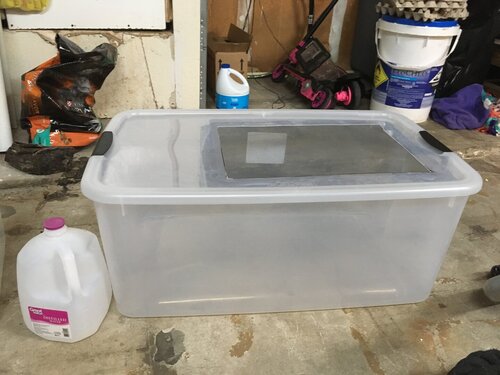 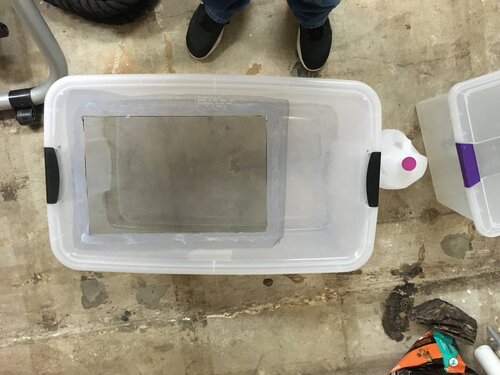 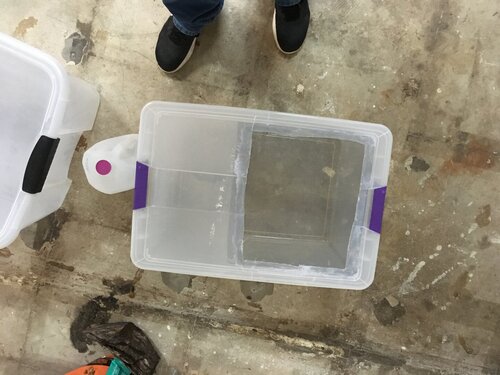 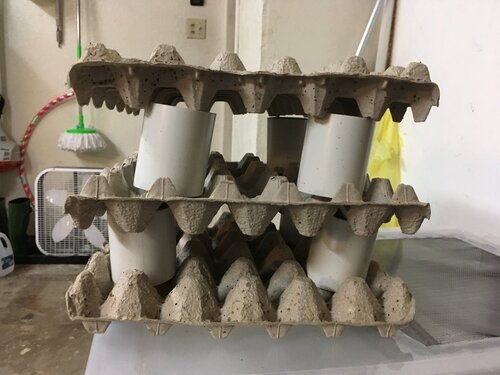 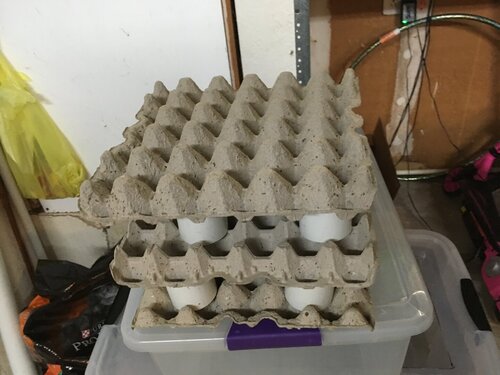 You’ll have to experiment. All hydration should come from fruit or wet gutload. Ventilation is critical.

The way you have your egg crates set up is also part of your problem. They should be vertical, not horizontal. Having them laid out horizontally basically turns each crate into one giant piece of used cricket toilet paper. It’s catching and holding everything that comes out of their butts. Placing two 2x4s longways in the bottom of your bin and setting your egg crates vertically on top of them will keep your crickets above all the filth.

I’d start at 500 per bin and work my way back upwards until I hit my population limit.

Awesome thanks for the info! I’m gonna set up some new totes this evening with vertical crates and definitely slim down the population per tote. I would like to eventually be able to raise my own crickets

You could add more ventilation with more screened area to the tops and/or cut vents in the sides if necessary.

Banded crickets seem hardier (and less smelly) than other varieties. I order 1,000 at a time and lose almost none of them. I've used both clear and completely dark enclosures for them with egg crate and paper towel tubes and they seem to do fine in either. I've also had good luck with less ventilation, using small holes in the lid rather than screen. I get the 1/2" variety banded crickets from Josh's Frogs. Crickets I bought from LLL Reptile weren't nearly as hardy and smelled awful.
R

JacksJill said:
You could add more ventilation with more screened area to the tops and/or cut vents in the sides if necessary.
Click to expand...

This is a must I would say with that many crickets. I have the whole top cut out with about the same size bin and with my egg crates standing vertical with 1000 crickets. And they seem to do fine that way.

Done and done lol thank you all for the info, this is why I LOVE this forum! You can always find an answer to your problems. Iv set up 3 of my bigger totes with vertical egg crates I I ordered some banded crickets. I’m super excited to see how this goes.
You must log in or register to reply here.

Can you rate my enclosure! I would appreciate feedback