The mystery of the third eye

PARIETAL EYE
The mystery of the third eye

The parietal eye, also known as a third eye or pineal eye, is a part of the epithalamus present in some animal species. The eye is photoreceptive with a wide spectrum of sensed wave lengths reaching from IR to UV and is associated with the pineal gland, regulating circadian and seasonal rhythmicity and hormone production for thermoregulation.

The pineal gland, conarium, or epiphysis cerebri, is a small endocrine gland in the brain of most vertebrates, producing melatonin, a hormone which modulates sleep patterns in both circadian and seasonal cycles.
The shape of the gland resembles a pine cone from which it derived its name. The pineal gland is located in the epithalamus, near the center of the brain, between the two hemispheres, tucked in a groove where the two halves of the thalamus join.

In chameleons, the third eye is often well visible in neonates, in adult animals it is usually hard to identify. It is positioned in the medial line on the top of the head slightly posterior the orbits.

In chameleon captive husbandry, it is the reason for not recommending any light source at night for the chameleons, especially the red lamps or IR ceramic heaters, as it can sense the rays, forward this information to the pineal organ and destroy the sleep and biorhythms of the organism, leading to discomfort, exhaustion and even death. 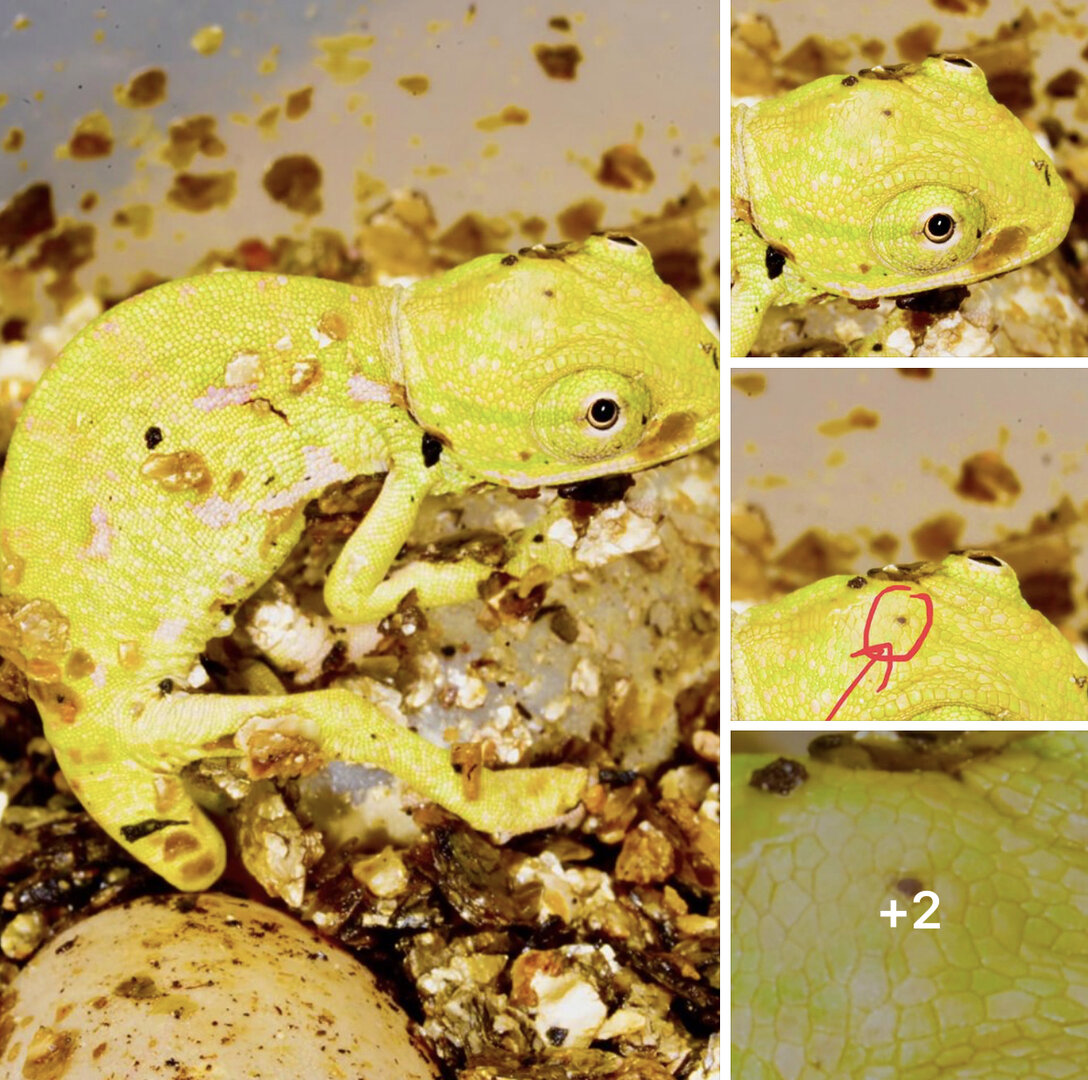 That was extremely interesting! Thanks Brody. I had no idea chams had a pineal gland. I guess Descartes was wrong about mind body interaction.
view our sponsors