I just adopted my chameleon last week and when I got him I immediately noticed a few strange patches on his skin, two white/grey smooth patches on his one front leg and then a rough looking grey patch on the one side of his dorsal crest. I asked the previous owner if he knew what they were and he believed they were likely from a bad shed. The patches on the leg are smooth in texture, much like the rest of his skin but the patch on the dorsal crest is rougher in texture. He has had a shed since adopting him last week and the leg skin shed away with ease but the patch on the dorsal crest had some difficulty. Tried moistening the area with a solution of Shed Ease and water but it didn't seem to do much for it. I've been misting the tank 4 times a day for 2 minutes but do still need to acquire a dripper or mister since the previous owner didn't have one for him. If anyone has any idea what these patches are or if there is anything I should do for them please let me know. I'm more concerned about the crest than the leg as I wonder if maybe the leg patch is scar tissue or something but answers for both would be great as I am very new to the chameleon world and this is my very first chameleon. Thanks in advance! 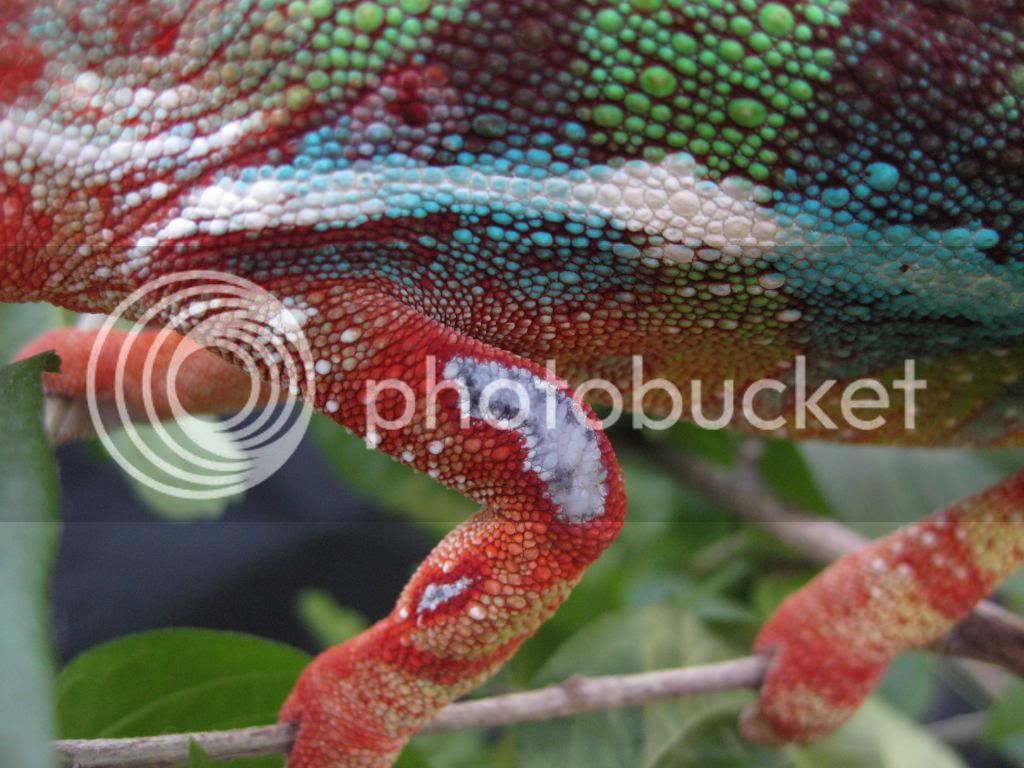 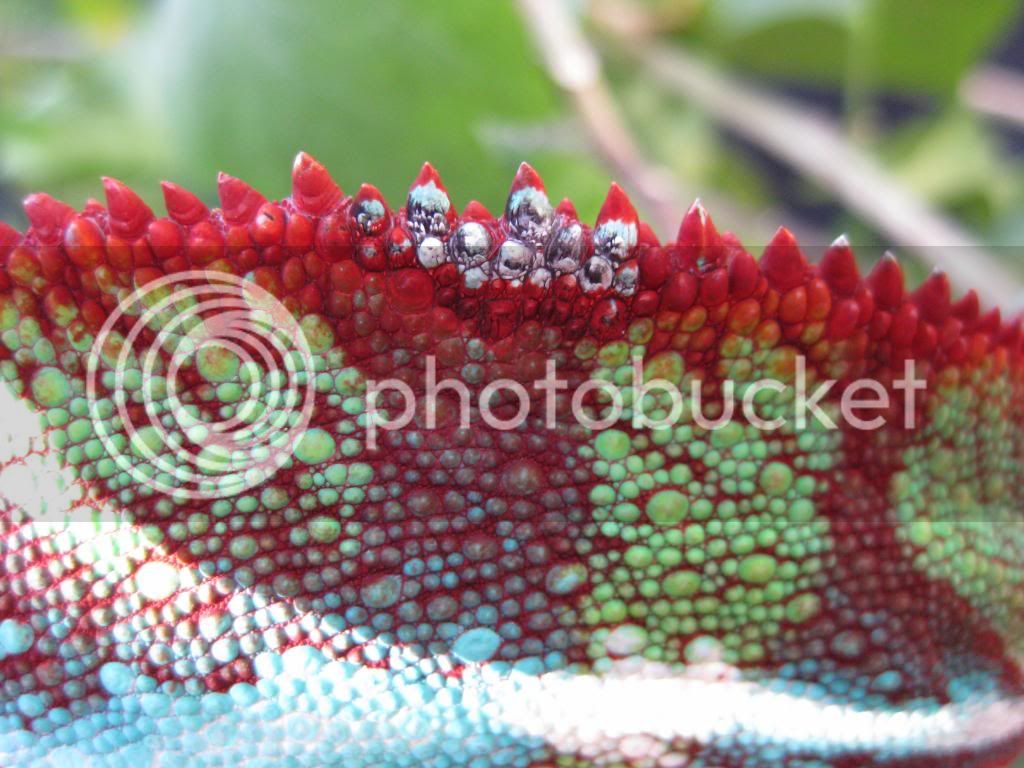 Welcome to the forum and congratulations on your beautifully coloured boy. Not sure but think it could be a burn. I'm sure someone will help you soon.

hi Rhonda its steve here if you pm ferrit in my shoes or dr. o they may be able to help but my guess would be a fungal growth or scar from an injury but the owner would have noticed something that left a scar that size I would hope!!!! sorry to hear about your new boy having problems already! I know you don't wanna hear it but...thats one of many reasons I buy from reputable sources only. you never know the history of the animal and some people just want the sale, unfortunately. I hope you can get your answers here. also here in London there is the vet I use she is pretty good with the exotics! dr. hopper at king st animal hospital I believe it is called. good luck and keep me posted.
Last edited: May 3, 2013

Judging by the location of the marks I would say they are old burns.
L

I know theyre old burns im 100% sure no worries
L

My chameleon gas the same thing but one spot is on his leg pit area and the others in random spots on his leg, there's no way it could be a burn plus his back is closer to the light than his arm and his back is fine! what else could it be?

I think those are burns for sure.
You must log in or register to reply here.

Hasn’t shed in a while.