My nearly 4 yr old Ambilobe just had a well check and got a clean bill of health. Given his age I had the vet do fecal, blood, and a physical exam, and the word is that all is perfectly normal. He's never had a health problem before.

However, the cham himself is telling me he's getting older and wants a much warmer house than he's ever wanted to live in before. With ambient temps in the high 70s in the top region, he's always been an 84F at-the-branch kind of guy. Any hotter than that and he won't go to the hot spot; only near to it. But now he's behaving like he can't warm up enough. He was parking under the light all day instead of moving about. This is what prompted the vet visit, but as I said he tested clean across the board.

I know that 90F is a normal temp for the species but as he's never wanted to be that hot before it's freaking me out a little. I'm building a thermoelectric heater panel so I can warm up the air mass rather than increase the light intensity, so as to avoid inadvertently cooking him. This to my mind is more realistic than increasing the temperature of the "sun". For now a 60W ceramic, coincident with basking light, is doing the job.

What I can't seem to find is a good reference for safe skin temperature, as measured by surface read pointed at his back & side. What's a dangerous surface temperature? Obviously duration under the rays is also a variable in that equation.

Staff member
I would caution that you should not think that there is only one variable here. It may not be temperature at all. Could be something you haven't thought of yet. Also, the ceramic heat emitters are OK, but the chameleons really do need the light source to recognize that it is a place to warm up when they need to, otherwise you have to heat the entire area and I would still want a lower ambient temp and one or two heat zones.

Thanks for the response.

The ceramic is an additional heat source coincident with the basking light, as stated in the OP; not a replacement for a light. He has many climate zones.

And despite the vet's assurance that the bloodwork came back "perfectly normal", when I asked for a copy of the results it was plain to me that the Ca/P ratio is a lot closer to 1:1 than 2:1. I'm fixing that and we'll see if that helps.

I don't know where you are getting 90 is normal for a panther it isn't. The highest temps seen on average where Panthers are is 30-31c tops, that's 86f. It gets 90 where Veilieds live, not Panthers. Even 30c is rare in Panthers microclimates, and average is 80.

Can they handle 90 on occansion ya probably, should you be providing it all day everyday, no.

Any new changes in the room he's in? Decreased humidity could be a factor. Dry air feels cooler than humid heat, even at the same temp.

pursuing_happiness said:
Any new changes in the room he's in? Decreased humidity could be a factor. Dry air feels cooler than humid heat, even at the same temp.
Click to expand...

Humid air feels warmer to people, because your sweat cannot evaporate as easily which cools you down. Reptiles don't sweat, so they do not share that tempature issue.

cyberlocc said:
I don't know where you are getting 90 is normal for a panther
Click to expand...

This is followed by several sources which say 85-90 for an adult.

Really, in the information age there's no need to guess where I "got that".

Staff member
It's more like the misinformation age. The wikipedia page on chameleons says that the diet of Jackson's chameleons includes plants like they are Veiled. My jackson's are going to be very surprised by that. When I get a minute I'm going to try to get that corrected. It's hard to know what to trust even when sources are cited.

It's up to us to know the difference between a valid source and something some random guy decided to write on the internet. 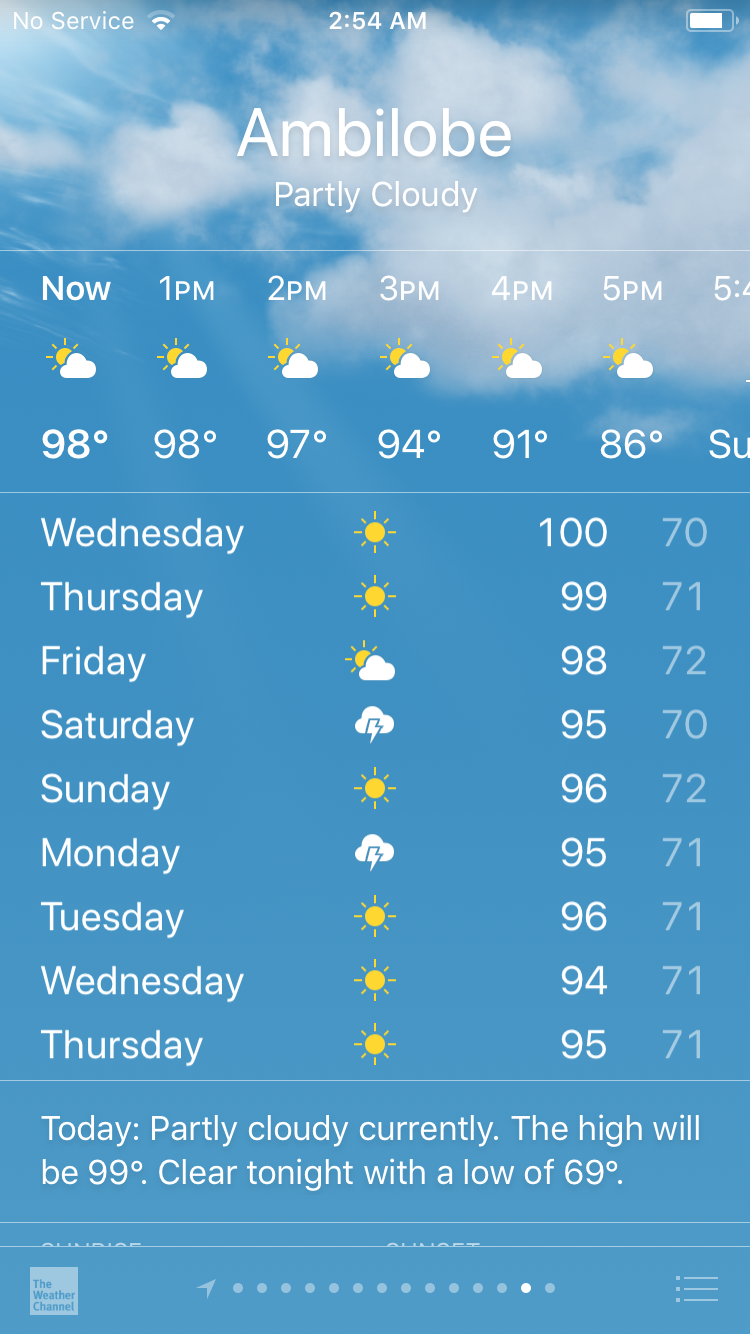 cyberlocc said:
I don't know where you are getting 90 is normal for a panther it isn't. The highest temps seen on average where Panthers are is 30-31c tops, that's 86f. It gets 90 where Veilieds live, not Panthers. Even 30c is rare in Panthers microclimates, and average is 80.

Can they handle 90 on occansion ya probably, should you be providing it all day everyday, no.
Click to expand...

Dave85731 said:
Madagascar sees this weather all year just curious how they tolorate it occasionally 90s will not hurt them If given the proper water
Click to expand...

They are not going to be found in the open when it is that hot but rather stick to the shadows, from what I know. There will be a big difference in temps that they are feeling.

Dave85731 said:
That’s still not true either if a chameleon can tell it’s to hot then we wouldn’t have cases of burnt chams remember they’re cold blooded they don’t exactly know what to hot is and let’s say it’s 96 outside that’s not gonna make it 86 in the shade the chameleons body heat will still be in the 90s
Click to expand...

This is actually not the case. Chameleons are using basking sites (usually a narrow beam of light) in captivity to warm up. They are not able to tell that one area is getting too hot while basking and this leads to burns as they are trying to warm up the entire body. They will often only have burns on the elbows and top ridge of spines and top of head due to this. In the wild the basking site isn't concentrated to a narrow beam like we have in most enclosures so the entire area heats up uniformly and there are no burns. My comment wasn't about basking though, just that they will seek cooler areas to spend the day after they initially warm up in the morning.

As for the temp in the shade, the foliage will block out plenty of the sunlight and it absolutely is cooler in the shade. It will be much hotter in the middle of an open field than in the middle of a forest canopy. There are other factors at work here, but just take some readings with a thermometer in different areas on any given day. 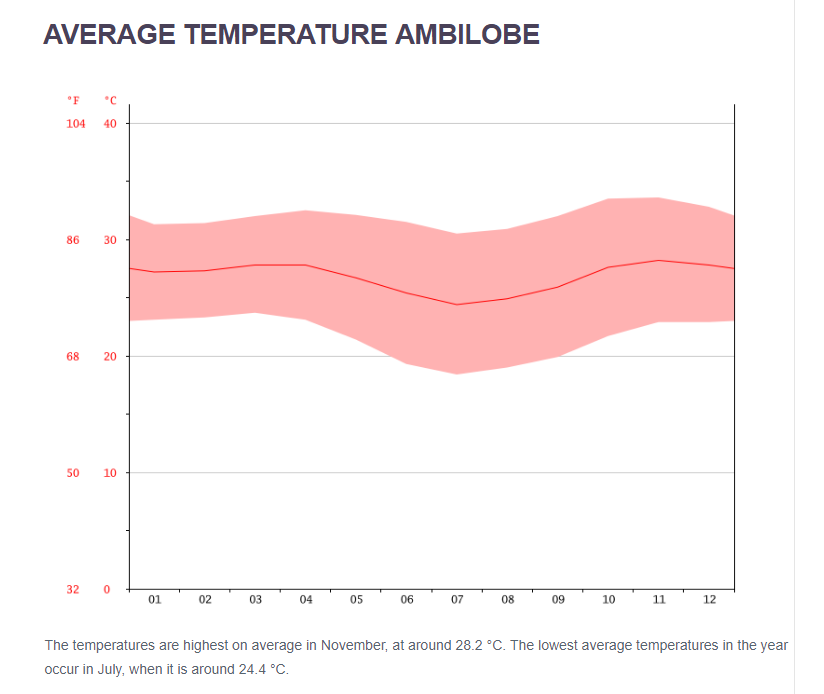 Not seeing temps that high at any time according to this info.

Would a simple solution to @ispeedonthe405 's concerns be to try to use a higher wattage basking bulb, but lower the basking branches? That way it is getting a little bit warmer, but you can worry less about burns? I'm also curious for myself as my 7 month old cham continues to grow and get closer to his basking bulb and I trouble shoot solutions to make sure I have the right temps.
You must log in or register to reply here.

Eye larger than the other