Should I give up and sell?

I've had my panther cham for about a year now so he's around a year and a half old. In October he got a nasty eye infection and with the help of a great vet and force feeding he became healthy again, and gained all the weight he had lost back again. His right eye was left somewhat damaged with limited vision, so depth perception has been an issue for him. He can't figure out how to shoot his tongue well and ended up just biting the worms out of the cup instead of shooting at them. After about 2 or 3 months he started developing the eye gunk that came with his last infection, so i treated him with the same drops i had before and it cleared up, but gradually he lost appetite completely, is not active, and now has stuck shed. When he got better I doubled the size of his cage, got new plants (all safe plants: a fern, schefflera, and a hibiscus) and also got him a monsoon system to keep him hydrated while I'm away at school. Normally he readily drinks but I don't see him drink anymore. Over the past week I have taken a syringe (the ones without the needle, obviously) and filled it up with water and opened his mouth a little and pushed a drop or two of water in, after that he will drink from it willingly but normally stops halfway through the 3ml syringe. He has stopped eating on his own now so I try to get him to open his mouth to put a mealworm in, sometimes I can and sometimes I can't. When I put it in his mouth he chews it and swallows. He just seems to be getting worse, I feel helpless and now with the stuck shed and strange purple markings, that sort of remind me of varicose veins on a person, have now shown up I am wondering if I should just give him to someone who can do a better job than me. I am obviously the problem but I can't figure out what it is. His basking spot is reading 88 degrees by the way. At our last vet visit in october he weighed 41 grams I just weighed him and he is at 38.27 grams. 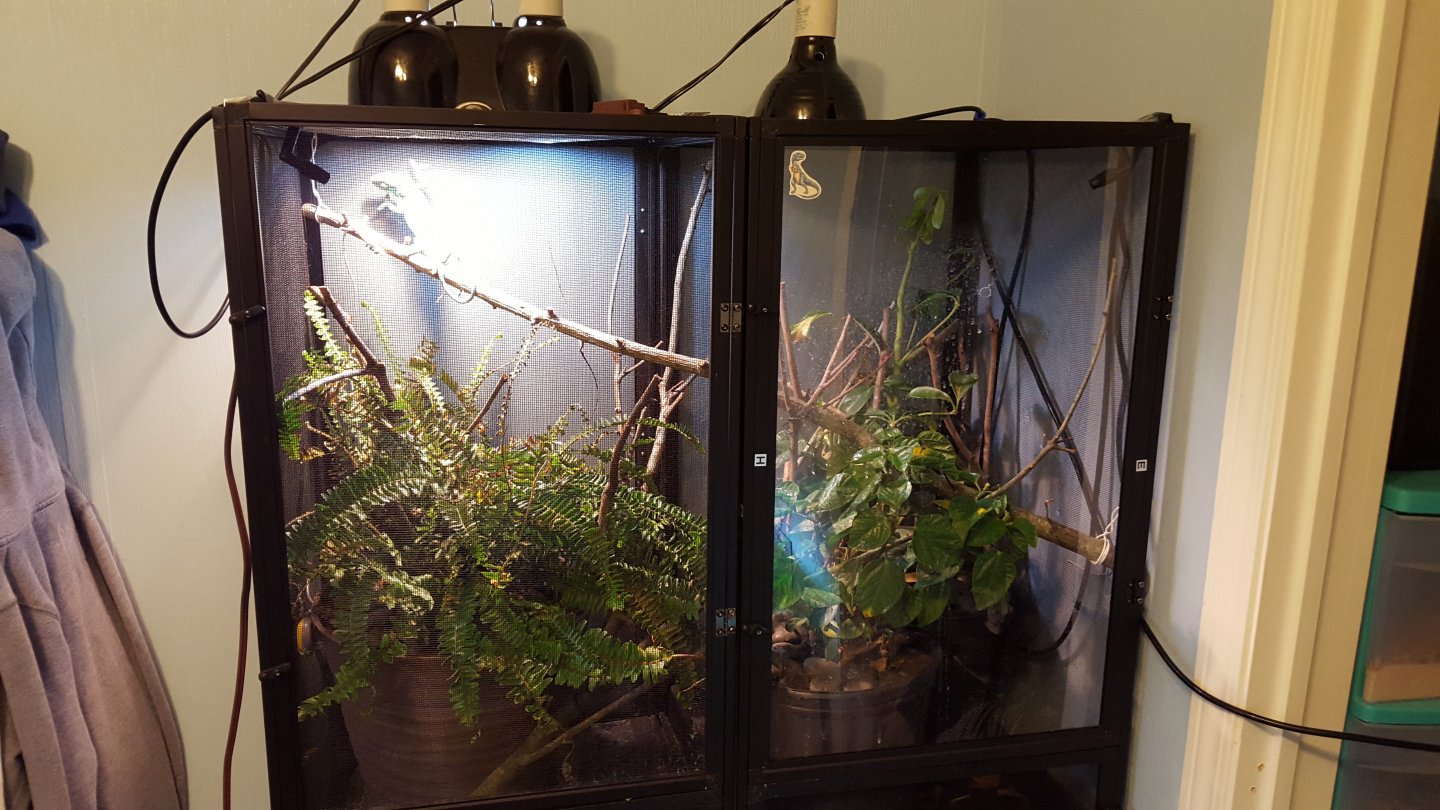 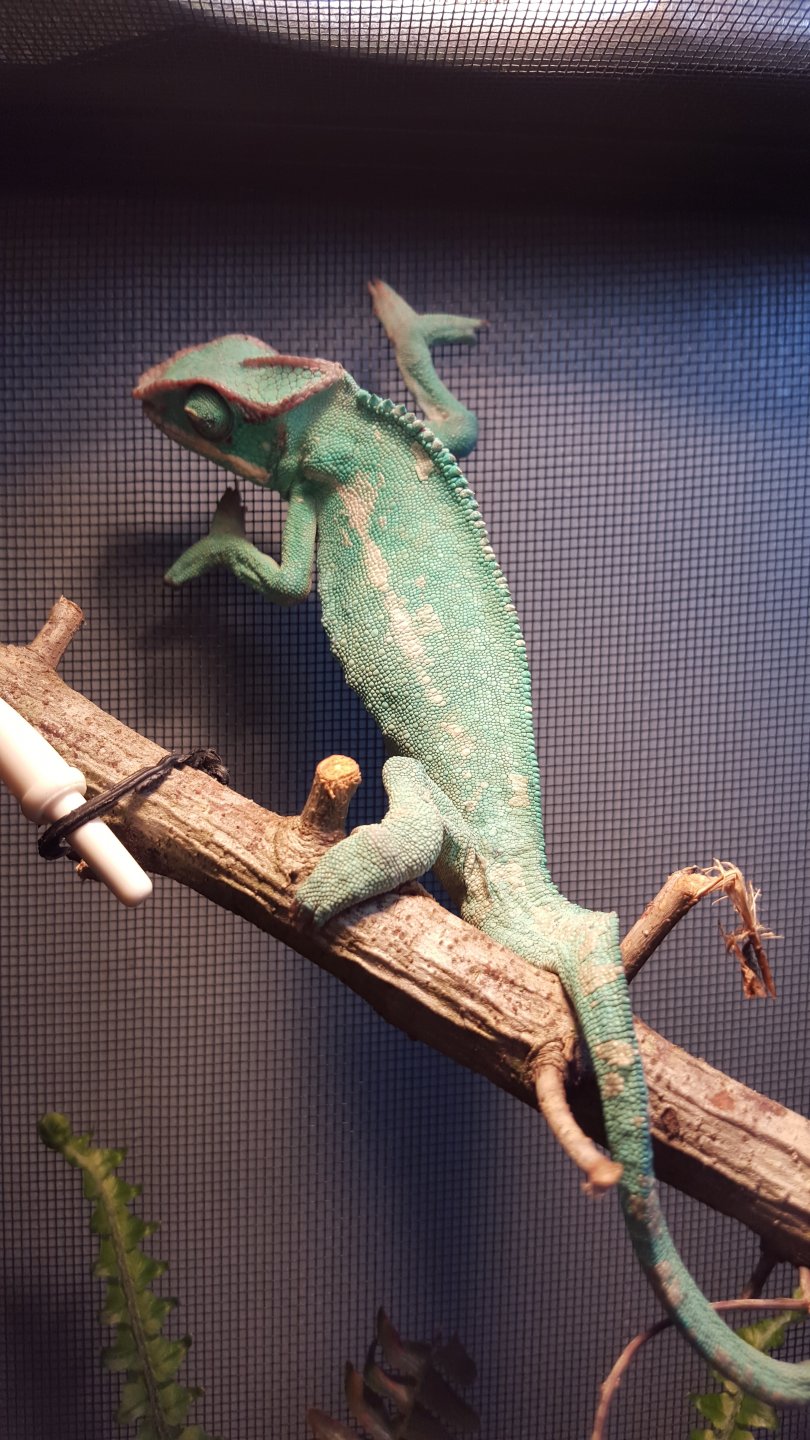 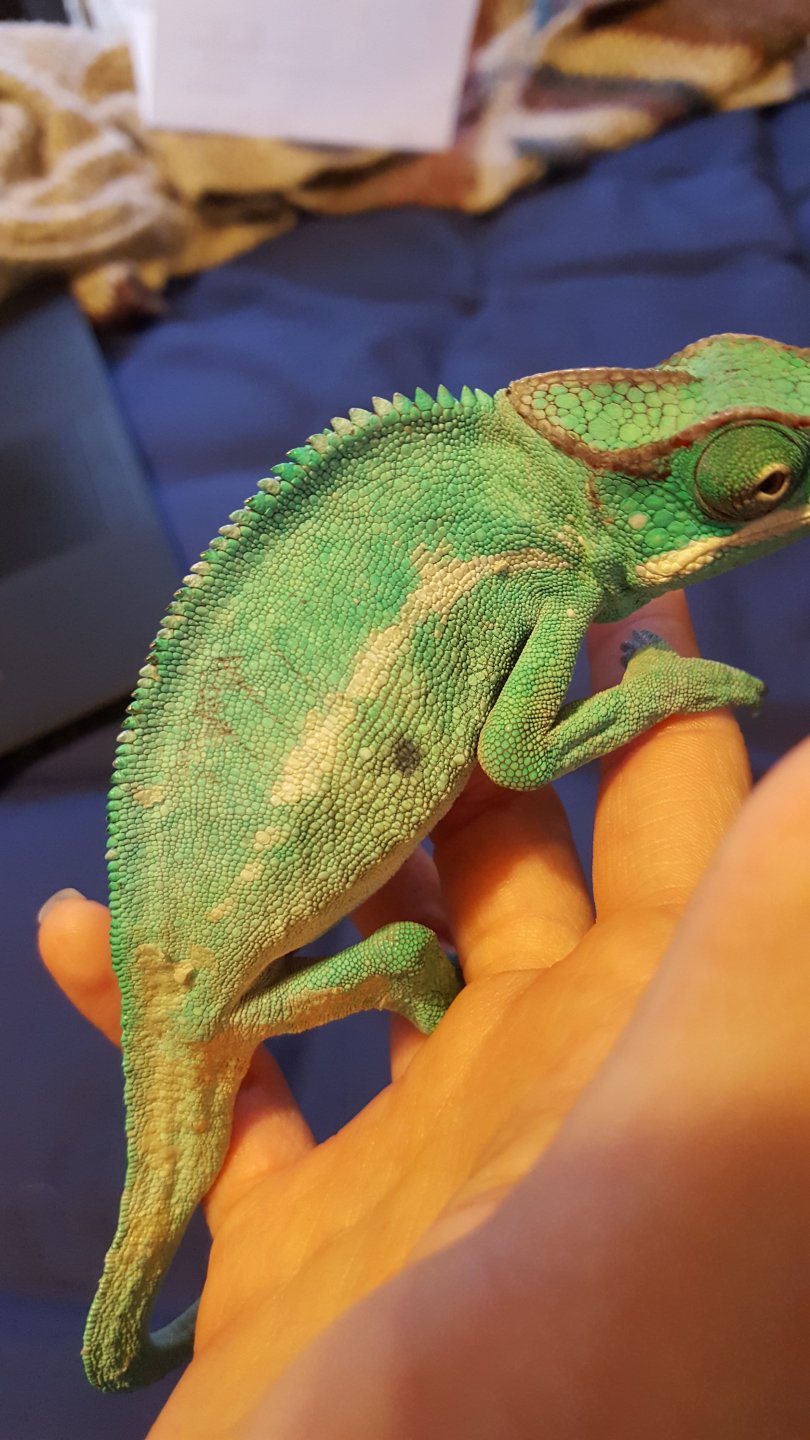 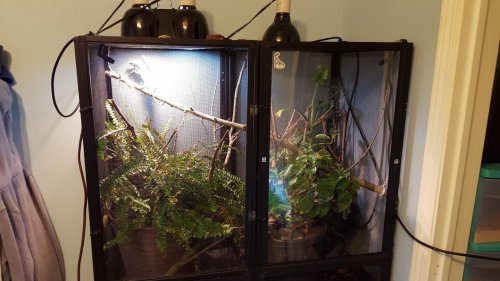 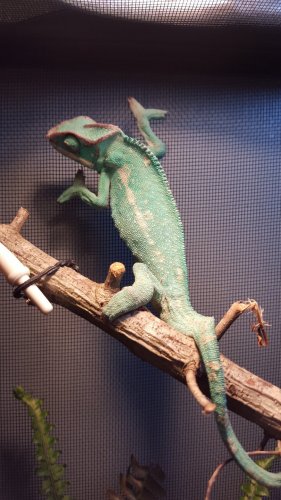 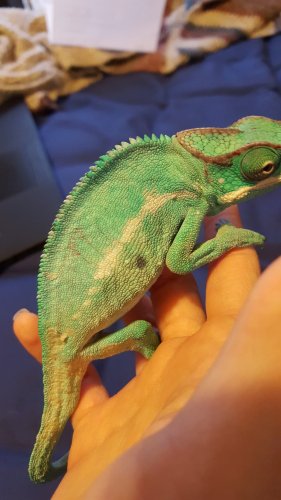 What kind of uvb are you running?

Hard question to answer. It depends on how much you like chameleon still and whether you want to keep them in the future in part. It also depends on how hard it is to get him back on track.

He has a bump on his left shoulder that needs to be dealt with.
Don't know if the little black mark on his right side is a problem or not. Is it growing?
Looks like there is a little shed left on the tail base and back right leg to deal with...minor issue.
His right eye looks okay but the left one may have a problem.

Please answer the questions in the how to ask for help thread at the top of the health forum so we can help you better.
You must log in or register to reply here.

B
Worried about my chameleon’s health. Dark spot on his belly when sleeping but light when he’s awake??