I have this holdback from my Romeo line that had some eye goobers.

Has anyone else experienced this? What can it be from? I washed it with saline and queue tipped it away. but... any ideas on the underlying cause? 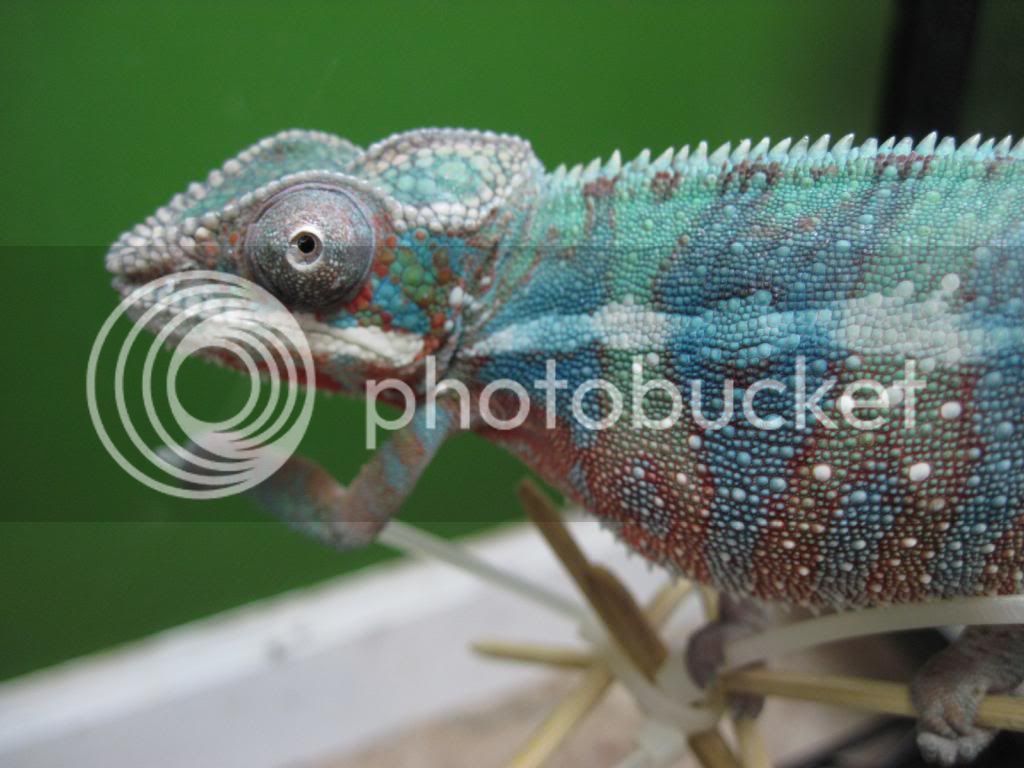 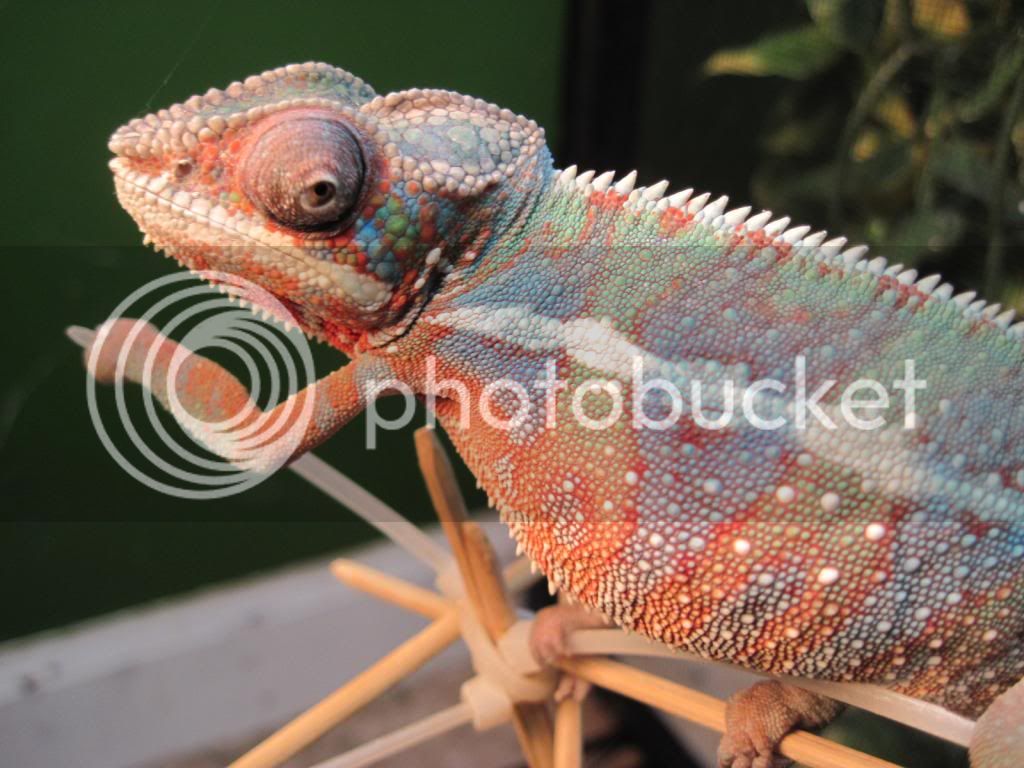 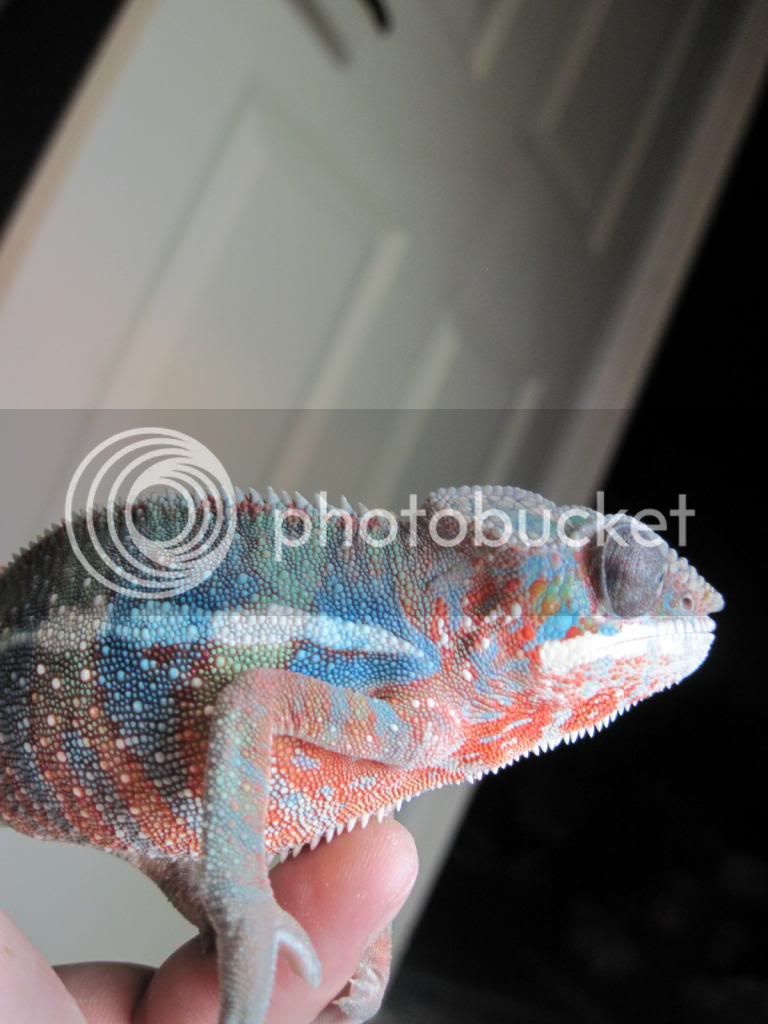 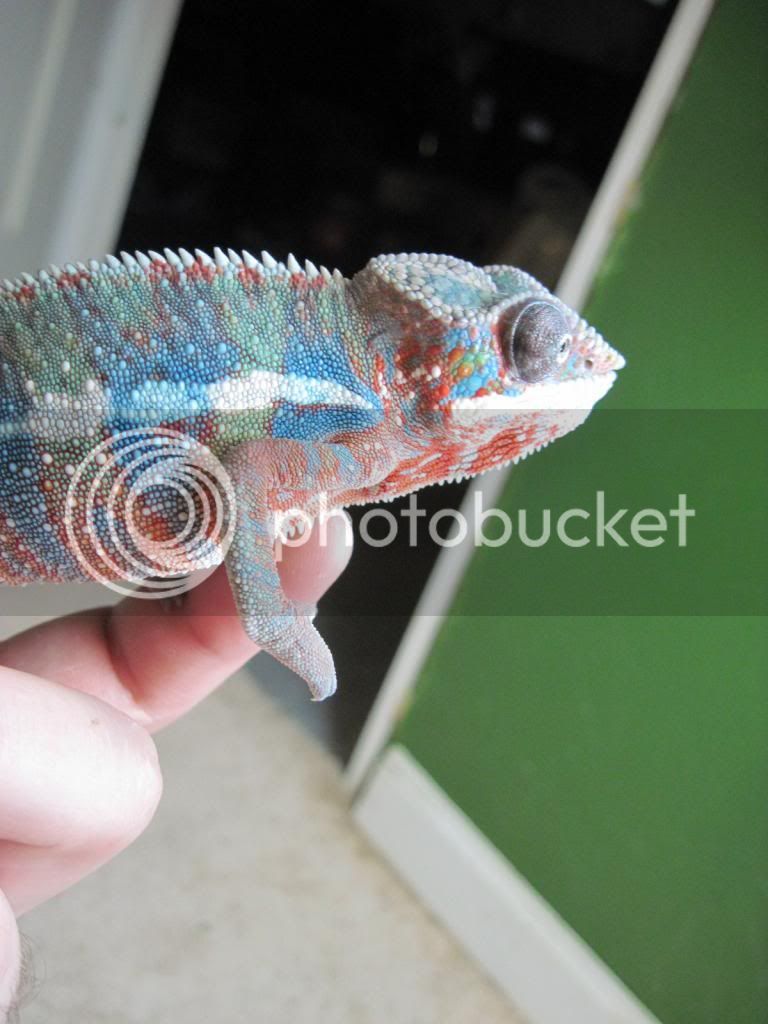 Eye problems can be a result of low Vitamin A. I have had experience with chronic eye problems in my Cham and added a (very small) drop of Vitamin A to his supplement schedule every 15 days. I saw an improvement, for sure.

I woke up this morning and I believe Mojo is creating an eye issue I saw a little eye goober this morning. I drizzled some warm water on it this morning in case it is just something caught but I am pretty sure it was an eye goober. I have a vet appt for tomorrow.

i had the same problem with one of my male panthers years ago. After visiting the vet i was told to give a small amount of vitamin A from a plastic syringe. You can get the vitamin a gel capsules from walmart, etc. or anyplace that fills prescriptions. I then switched my D3 calcium supplement with one that contained vitamin A. the problem cleared up in about a week and has never returned.

I have My every other week "multi-vitamin" which is a repashy Calcium plus LoD. (I also use Repashy SuperCal NoD everyday.)

On the multi it says it contains "Vitamin A min. 80,000 IU/lb" Is this enough vitamin A to combat eye issues?

I will definetly try the vitamin A trick to see if that helps when I get home tonight. My D3 w/ vitamins suppliment I give does have vitamin A but maybe I need to slightly increase how often I give.

if he is still eating well, there's really no need for a syringe feeding. you can just squeeze out some vitamin A onto the heads of a couple of feeders.

GENIOUS ! Thank you all so much for the help here.

Drcrossfire, did this guy shed recently? My chameleon recently had an issue where I believe some stuck shed on his inner eyelid caused some irritation. There was a bit of discharge which dried into a little crust on his eye. Drove him nuts and he was rubbing his eye on everything to get the crust off. I let him rub his eye on my finger and the crust eventually popped off. Gave him some extra long showers that week and have not seen discharge since.
*My guy does have a persistent eye issue that does not go away (despite treatment), but I believe the discharge was unrelated to the underlying eye condition due to the fact that there has been no further discharge from the eye.

This is just one possibility. It could have also formed from some other debris irritating the eye. As others have stated vitamin A deficiency is a cause of eye problems although I don't understand why that would cause discharge or the formation of eye goobers, but I don't have experience with that so I can't say that it's not a possibility.

Hopefully your flushing and cleaning it away is that last you'll see of it!

Boy do I feel embarrassed. I did not realize the original post was from some time ago. Whoops!

nah. someone replied to the old post today asking questions concerning the same problem above. you were right to respond.

It was just some stuck shed. Took it off with a qtip then washed it with saline.

Though this was forever ago thanks for the concern... lol. Now this info is here for if someone is looking! Cheers#
You must log in or register to reply here.