Is this good for my panther chameleon??

LuisG2003 said:
Is this good for my panther chameleon??
Click to expand...

That is a T8 fixture and they are not as bright and can be more difficult to find bulbs for. The zoo med brand is much better than zilla. I personally try to stay away from anything that is made by zilla. I haven’t had the best experience with any of products. I bought that exact zilla light before and it was trash. It also comes with a plastic cover over the light fixture. From my understanding the uvb cannot penetrate the plastic that zilla uses on that fixture.

Is this were u bought your fixture

I would say the zoo med t5ho fixture is the better option in my opinion. T5 bulbs also produce a lot more lighting for your enclosure

I use this one then I get buy a UVB t5 bulb. I take out one bulb from the fixture and put the UVB in. This fixture is a plant fixture any plants you have in the enclosure will do very well with it. 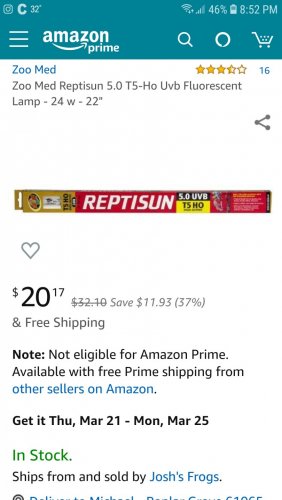 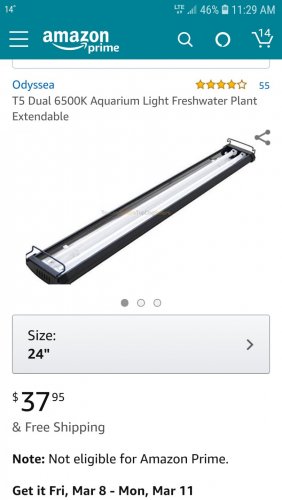 I bought a reptisun fixture and it blew out the first time I turned it on. I know it’s one incident and I wouldn’t shy away from the brand because of it, but I ended up using an old Zilla fixture with a REPTIsun bulb. (I had already broken out the plastic shield in the Zilla fixture.)

The REPTIsun cord is super short. It wouldn’t reach the wall outlet or powerstrip, which was annoying. Zilla did. Not a huge deal, but who wants to add an extension cord to a powerstrip?

The REPTIsun fixture does look and feel nicer than the Zilla.

I really like the looks and reviews of the one Chameleon Mike posted.
You must log in or register to reply here.