hallenhe said she would like to see a pic of my favorite male panther, so here he is.

He isn't the world's most colorful, and is only about 10 months old (I recon- I think he was supposed to be 3 months old when I got him, but he was mighty small- shipped in a plastic ketchup cup style container) and I got him in a trade with someone who didn't actually produce him, so I'm not sure exactly about age- maybe a month or so younger.

He's just started coloring up end of november- saw the first hints of blue a few weeks ago. Maybe it will get more blue? Maybe less- I don't know- seems like he had a little more last time I saw him fire up, but I've never had ambilobes before these and I really like the possibility of light blue on yellow in the bars a lot. So if not him, maybe some of his future offspring.

I've found the favorite locale of panther for me!

I put him in with the female to fire him up a little for these pics. Not planning on breeding just yet though. By then end of the photo shoot he was thinking about it though. LOL 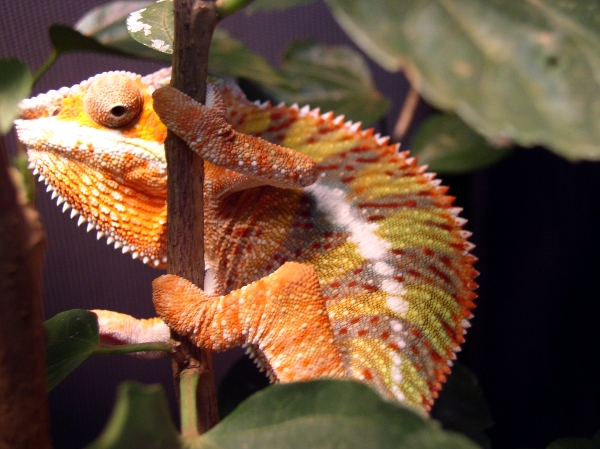 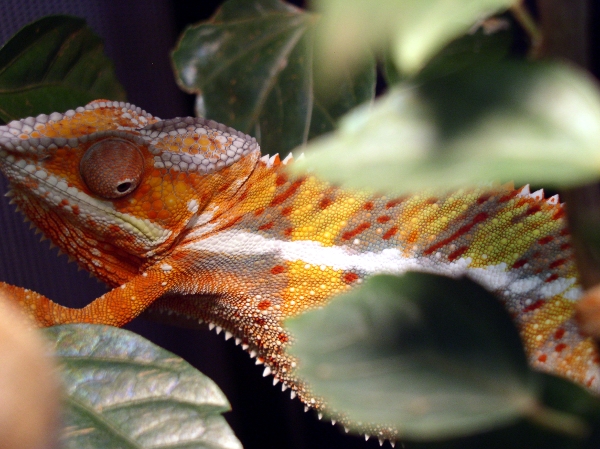 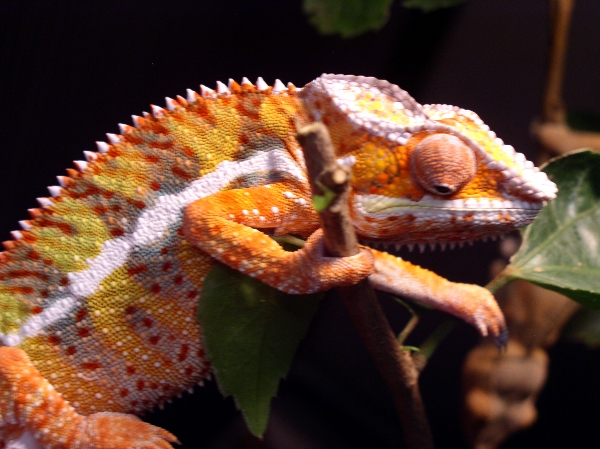 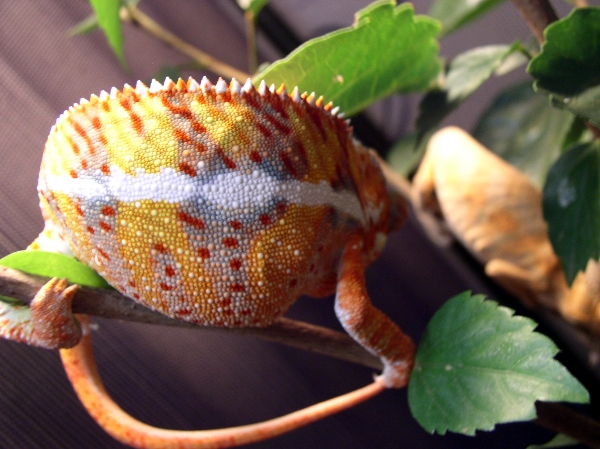 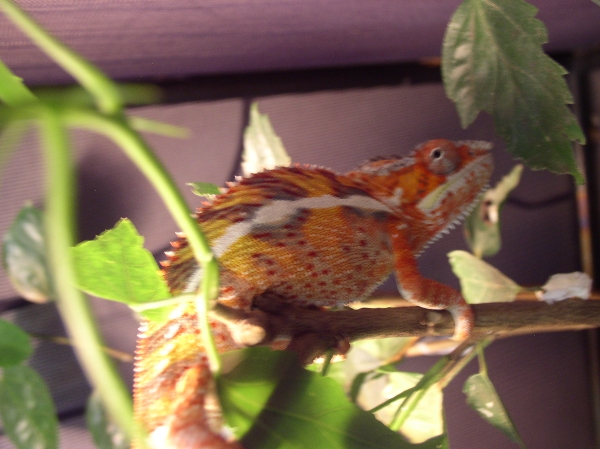 I have to disagree and say he is very colorful. Fired up or not he is a great looking ambi! Thanks for sharing.

One thing I notice, if he is fired up because of the female, I don't think its mating mode. I don't see the dark stripes on the turrets that usually happen when they are ready to go at it.. I would think in another couple of months his bars should blue out a little more.

I think he is a nice looking Ambi. Love the red, yellow and oranges. I bet he turns out to be stud!

LOL DOH! thanks for the heads up I fixed the gender in my statement.

He looks good! I'm not sure those are quite breeding colors, though they could be. To me he just looks POed! although I'm sure he could have changed his mind during the shoot had he started out not liking her!

Yeah- he may still be a little young for breeding.

He wasn't gaping or sticking his chin out or laterally flattening out or rocking front to back at her though.

He wasn't aggressive about approaching her, but he was nodding and slowly moving to her position- mostly when I bothered him to get a better shot he would start to nod at her and take a step towards her each time. So, maybe he was pissed off at me! (Go away! I want some alone time with this girl!) LOL

Nearly forgot- his yellow intensified a couple of times but I don't think I got a shot of it and it didn't hold very long. Is a bright yellow background what you would consider "breeding coloring" for this locale?

Cainschams said:
I think he is a nice looking Ambi. Love the red, yellow and oranges. I bet he turns out to be stud!
Click to expand...

Turns out? That boy is already a stud! I love his colors (well, I love any chameleon that is red/yellow/orange, but he is very vibrant!)

Edit: I just thought he looked a bit too bright to me. Some do get that colorful, but a lot just color up a little. My Sambava didn't even change colors.

Edit: I just thought he looked a bit too bright to me. Some do get that colorful, but a lot just color up a little. My Sambava didn't even change colors.
Click to expand...

that is VERY imppressive for a young panther, i myself am a fan of ambilobes wit such colrs oF reds, oranges, and yellows, and the vibrant blue barring only adds to its "AWSOMENESS":cool:

You'll find out soon enough! Maybe he is one of the fellas that like to really impress the ladies. *wink wink*

He is a real looker. So you have become an ambilobe man? The only panther I have left is my boy Arnold, who will be 7 years old next month. He is a blue bar and his green is a lovely shade. Just a sweet guy. I hope yours lives and long and healthy a life as Arnie has.

I think may have found in them the panther morph that would satisfy me forever- so many colors and so much variation!

Sellers posting only fired up photos

9 months, will he get much more color?