So as some of you may know. A couple months ago I had a chameleon who was named slinky. Sadly she passed away within a month of having her.

A few days later my dad and I got into contact with a chameleon breeder. She said she had a few chameleons for sale. They were all three to four months old.

A few weeks later on a snowy day we finally got to meet up with her. She gave me a beautiful female veiled chameleon. We took her home with us and put her into Slinky's old enclosure. So far she has been very happy and has been thriving in it.

We have had her for 4 months now. And I have named her leafa. She is 7 months old now and is still cute as ever. 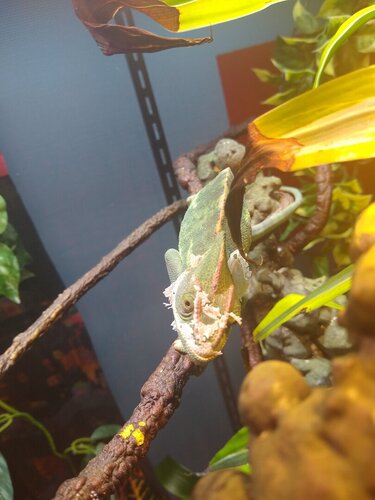 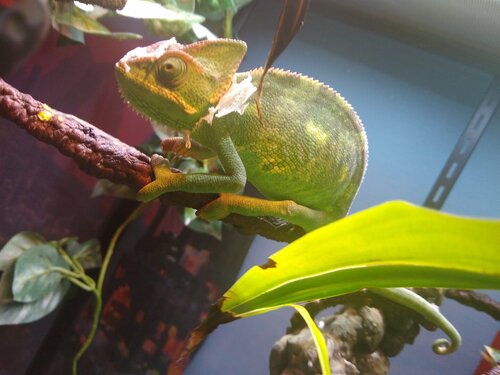 Congrats hun. May she live a long, happy, healthy life.
view our sponsors

Congratulations on your new girl. I hope you have better luck this time.
You must log in or register to reply here.

Chameleon Hates Me Now, Will They Ever Again!