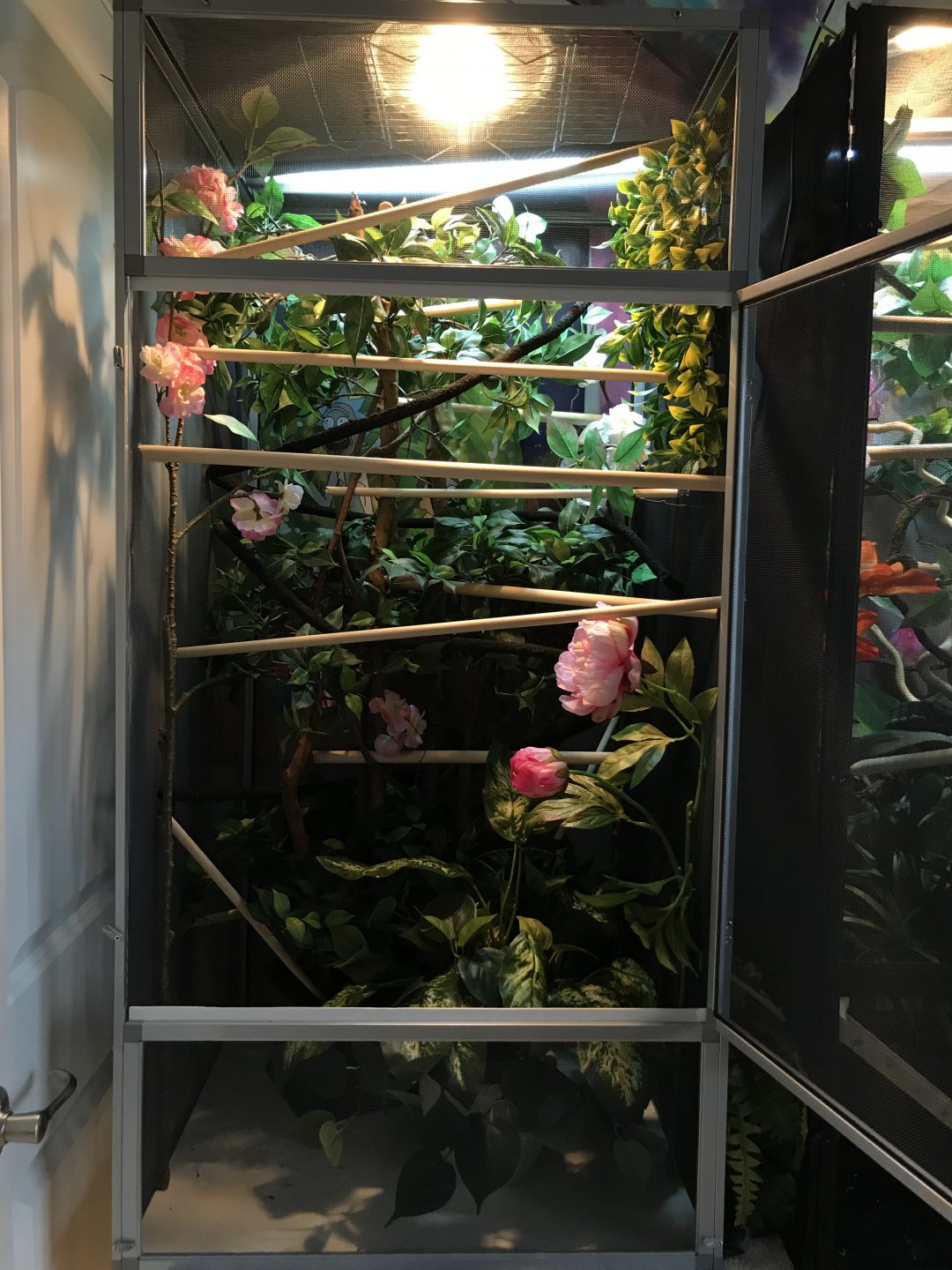 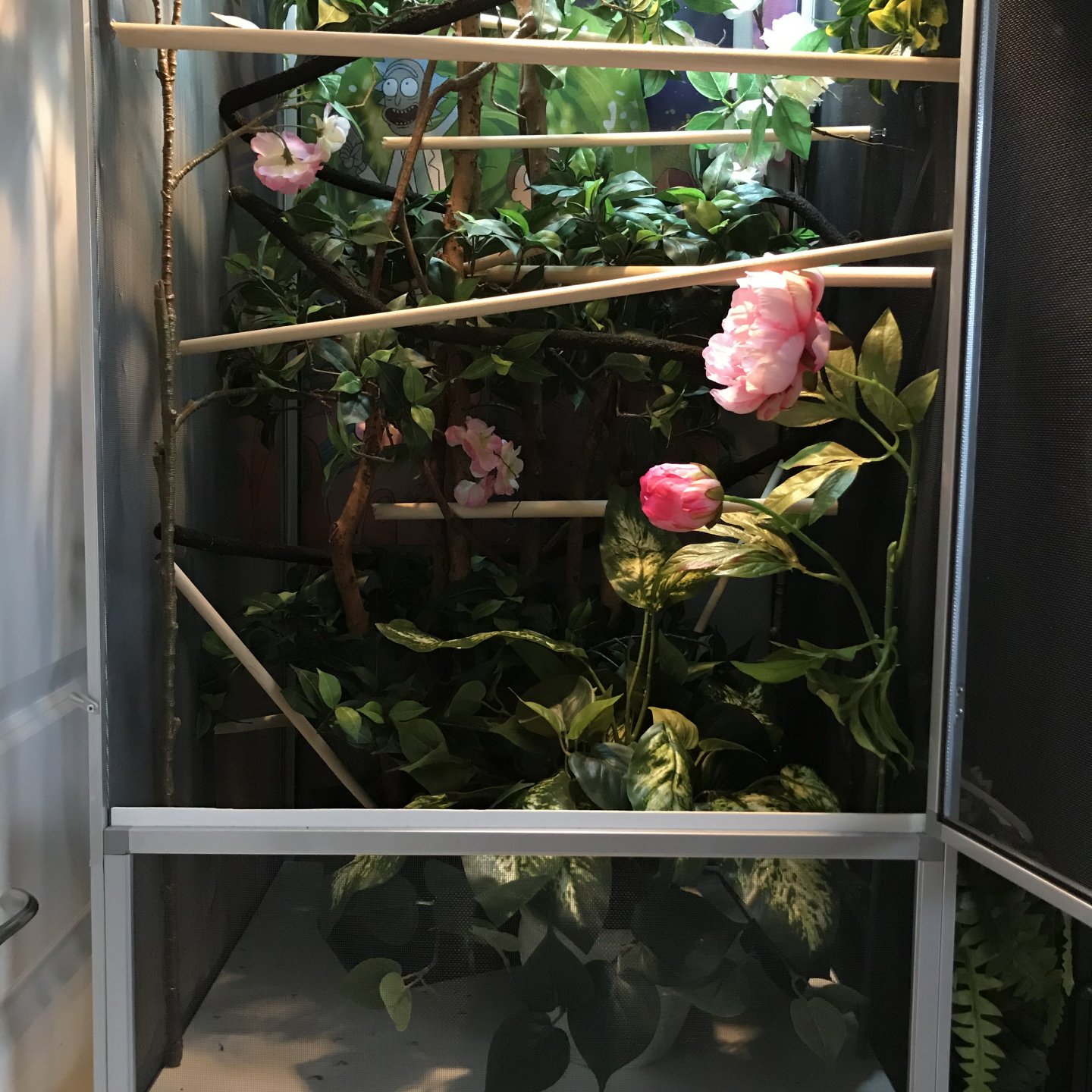 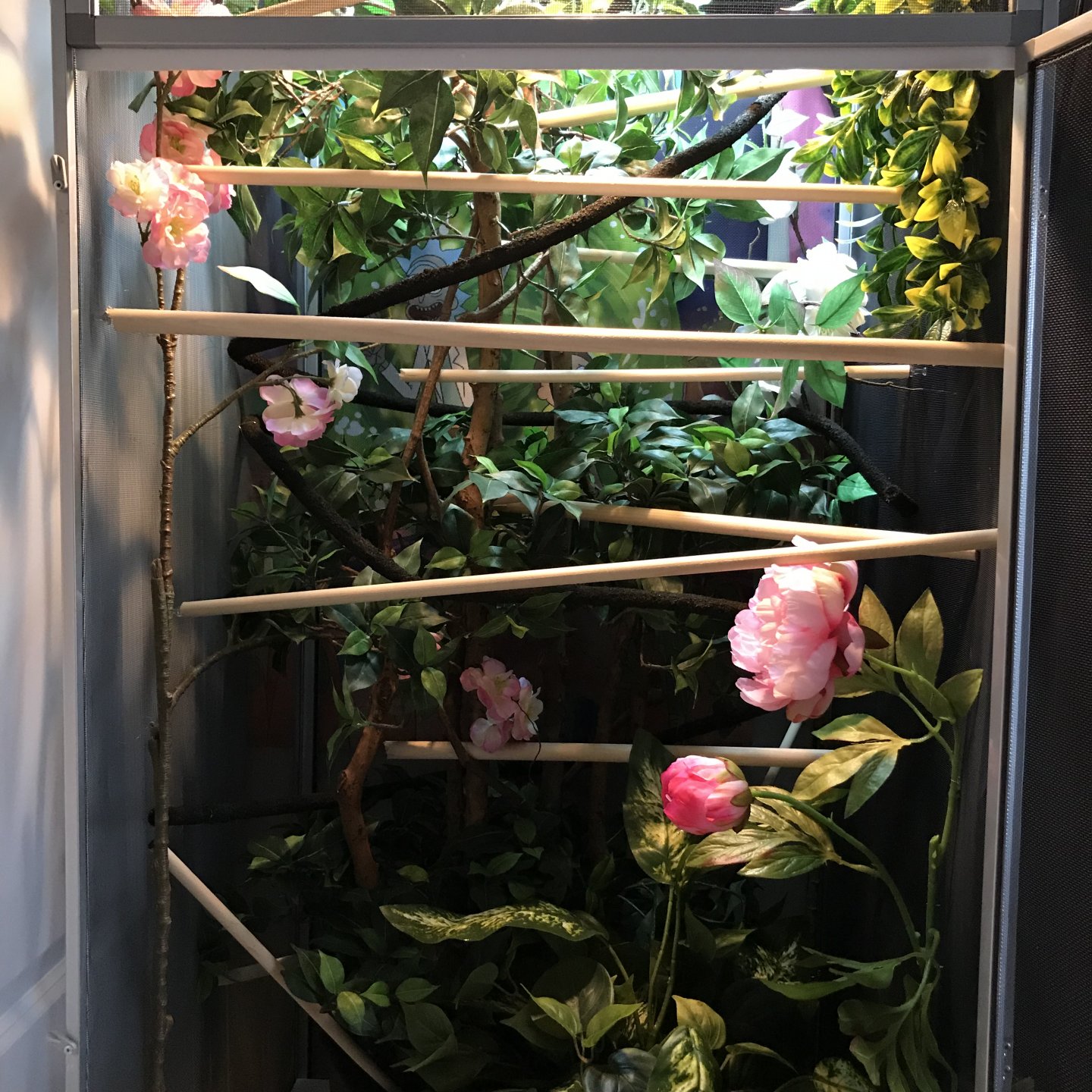 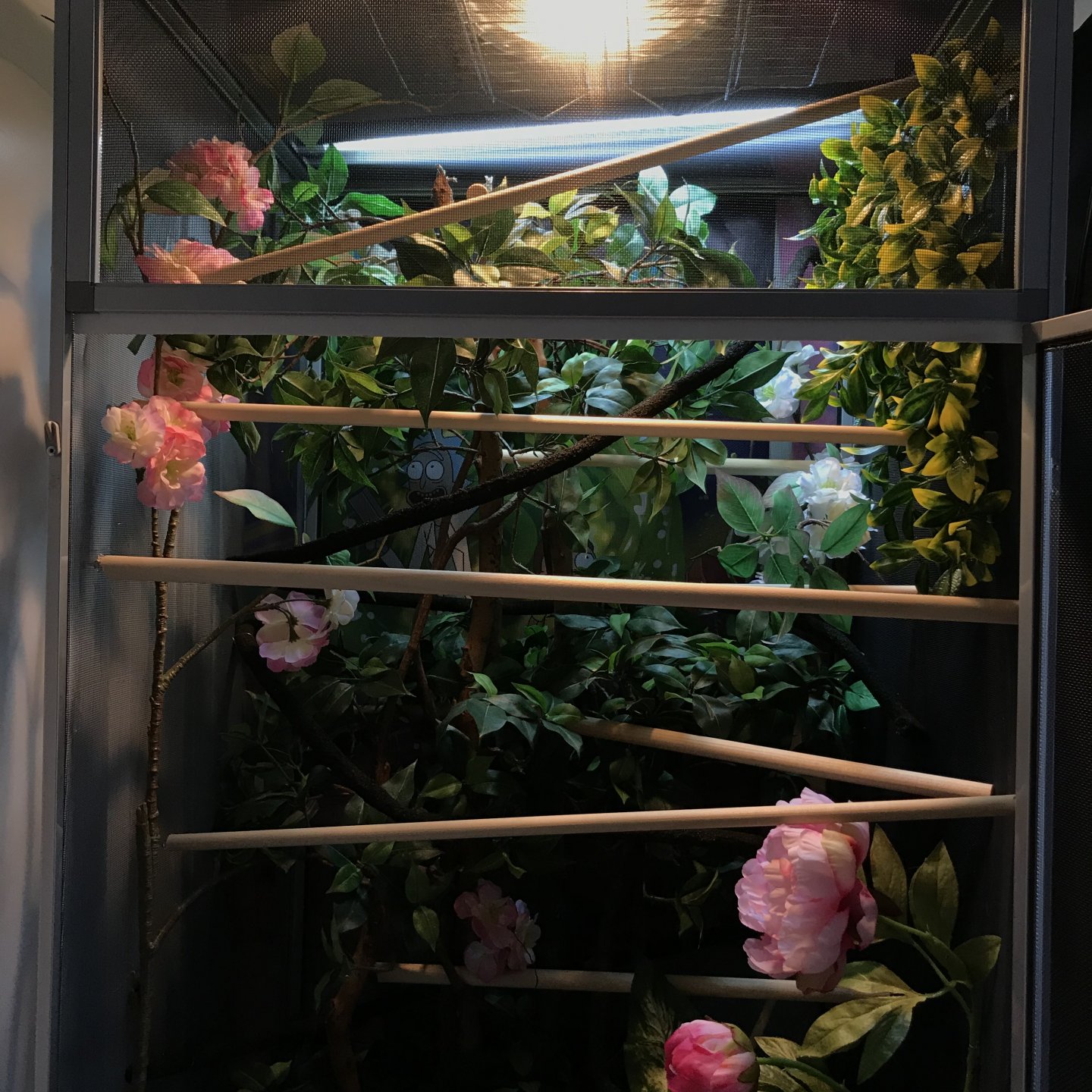 as many of you guys know we recently got another chameleon, this time a veiled and named him Mac! We purchased him a XL reptibreeze for $30 on facebook perfect condition, what a steal! We also purchased these long wooden sticks at Walmart for $1 each, so while putting together Macs cage we found routes that helped make the process not as expensive but we also purchsed a couple of jungle vines and flowers and many other things as you can see! Mac and Yoda both now have a XL reptibreeze. Although Mac is being a lil shy he is adapting to his cage very well and is eating and basking and looking all around at his new enclosure its so heartwarming giving him a lot space and alot folliage especially because hes never had anything like this before! Update on Mac hes doing good getting stronger, eating well and enjoys going outside. We are going to be putting the Medium Reptibreeze outside decorated so we now have an outdoor cage for our babies to enjoy the outdoor weather in without being watched over too closely. We also have a big tree in there that Mac loves to crawl all around in!! My boyfriend and i have become so attached to Mac and are so happy with how this enclosure came out!!!

Staff member
Nice! Glad Mac is doing well and has a great new home! Just one question, what kind of chameleon is this??? 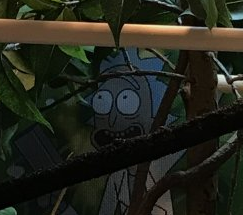