So little is known about this species, Kinyongia matschiei, I have done my best to document all my experiences. I have struggled to get my males to mate for the past year. I was hoping to inspire them by reminding them they are males and must "win the affection of a female" by encountering rivals. No, I did not let them actually battle and lock horns but I'm thinking that might be the next step.

The male breeding coloration/pattern is markedly muted due to Malachite's age (8-9yrs) but he still shows the bright yellow slash and posturing of a courting male.

I do not believe good documentation is around for a submissive coloration. Var is actually bigger by almost 30 grams (130-140g total) but for whatever reason, Malachite was the more aggressive "winner." Var assumed the coloration fairly quickly without ever having to physically contact Malachite. It seems they nonverbally communicated who was the boss and Var submitted to Mal's authority.
Last edited: Aug 31, 2013 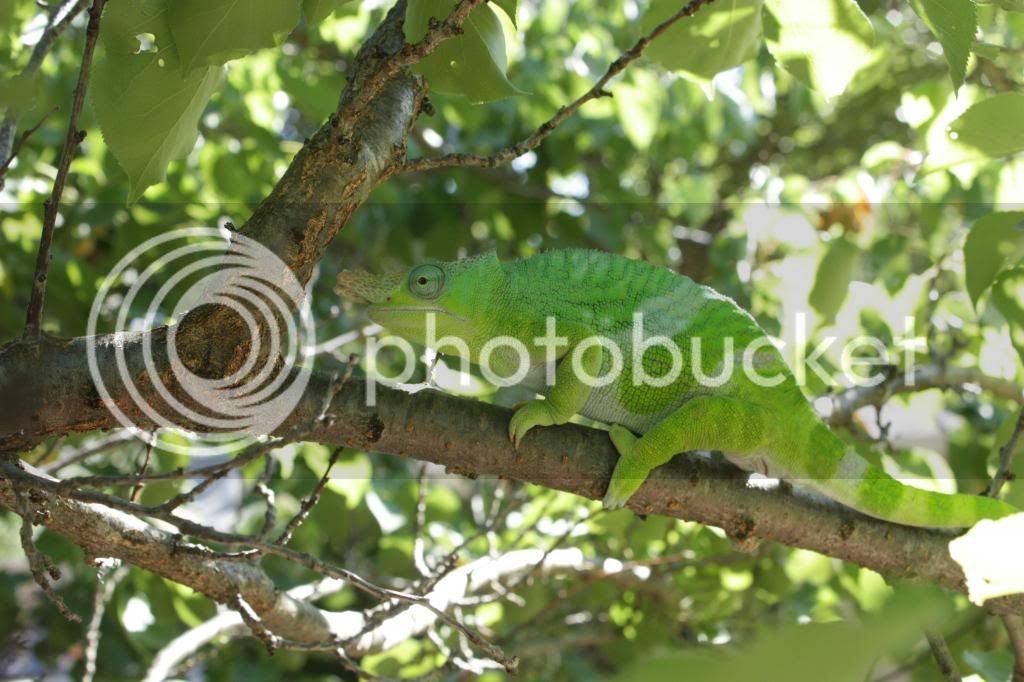 And here's Var after seeing Mal from a distance: 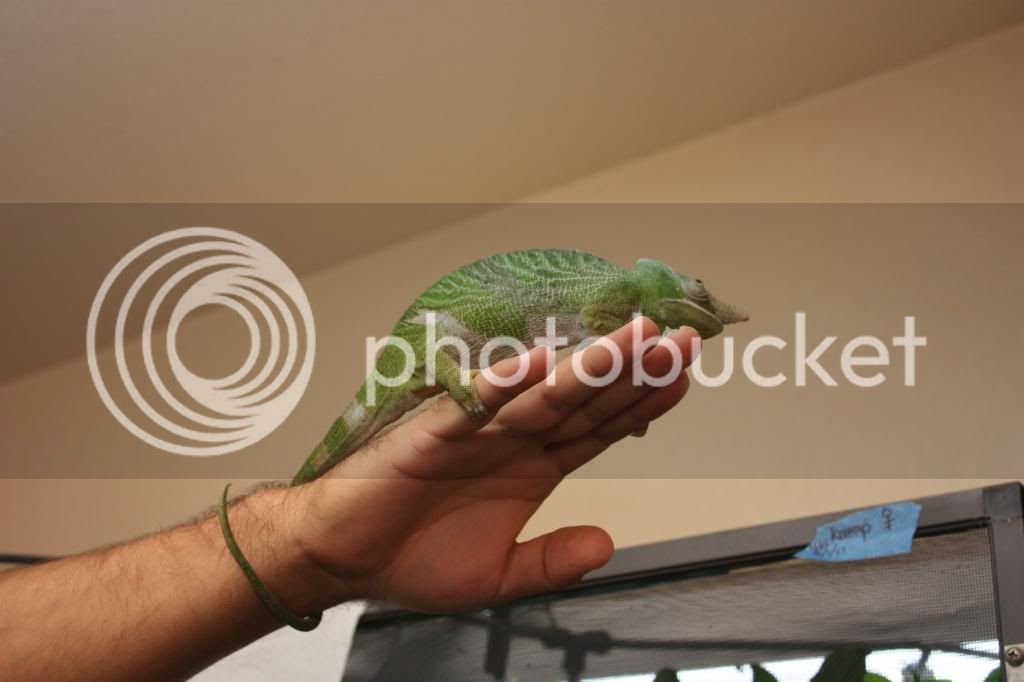 Then I let Malachite approach and you can see how Var's coloration intensifies. See how the two bands of white get whiter just before the back legs and just behind? This coloration isn't a normal coloration, I've only seen it a few times having kept this species for 3 years. 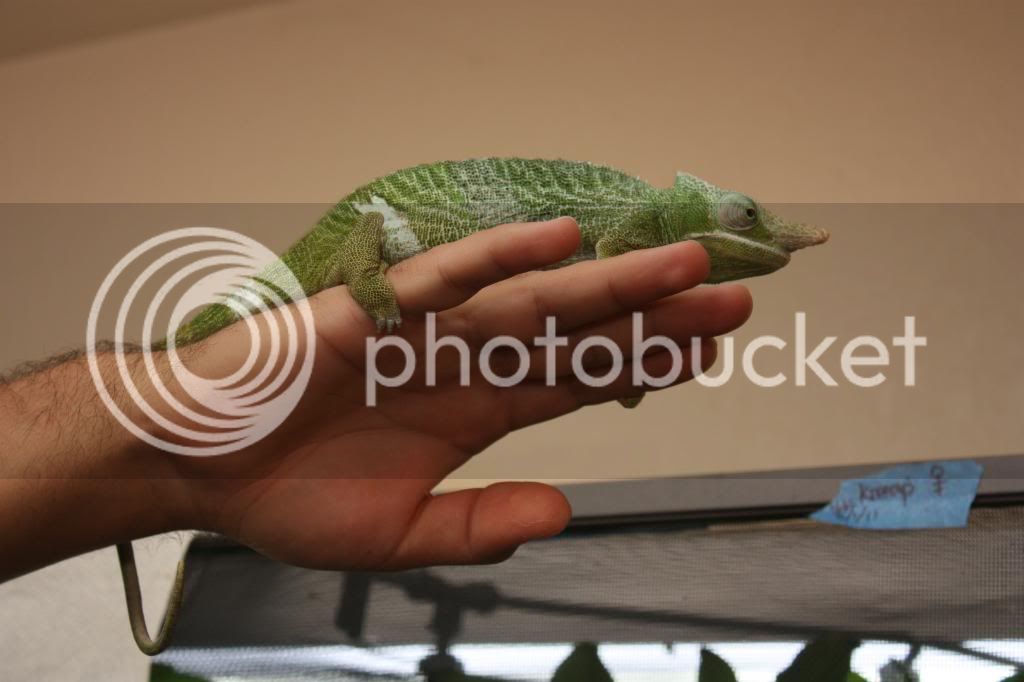 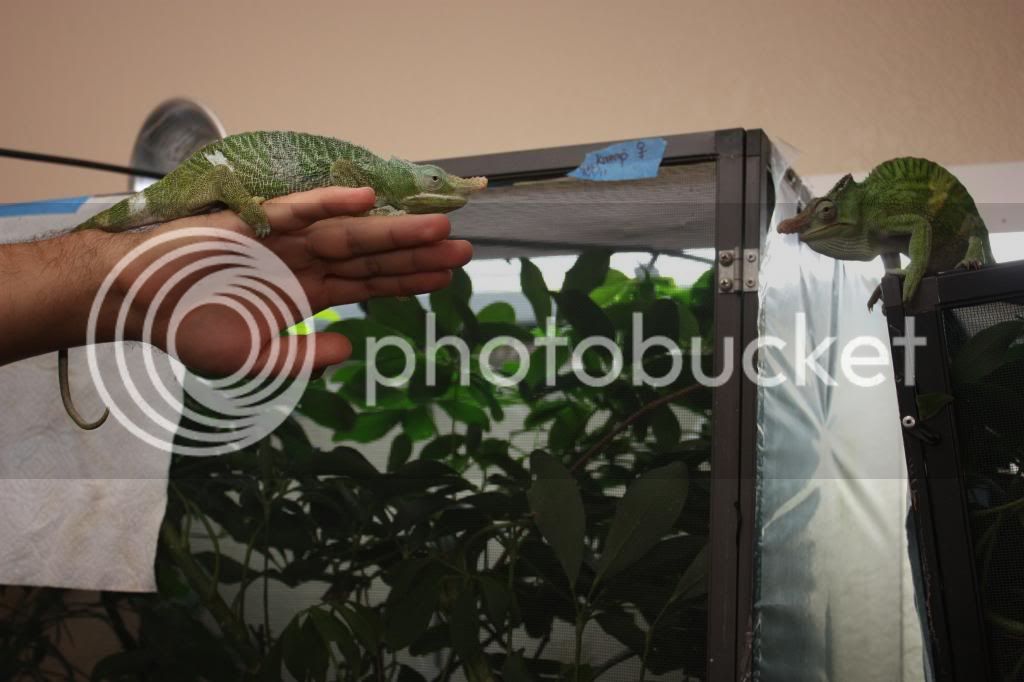 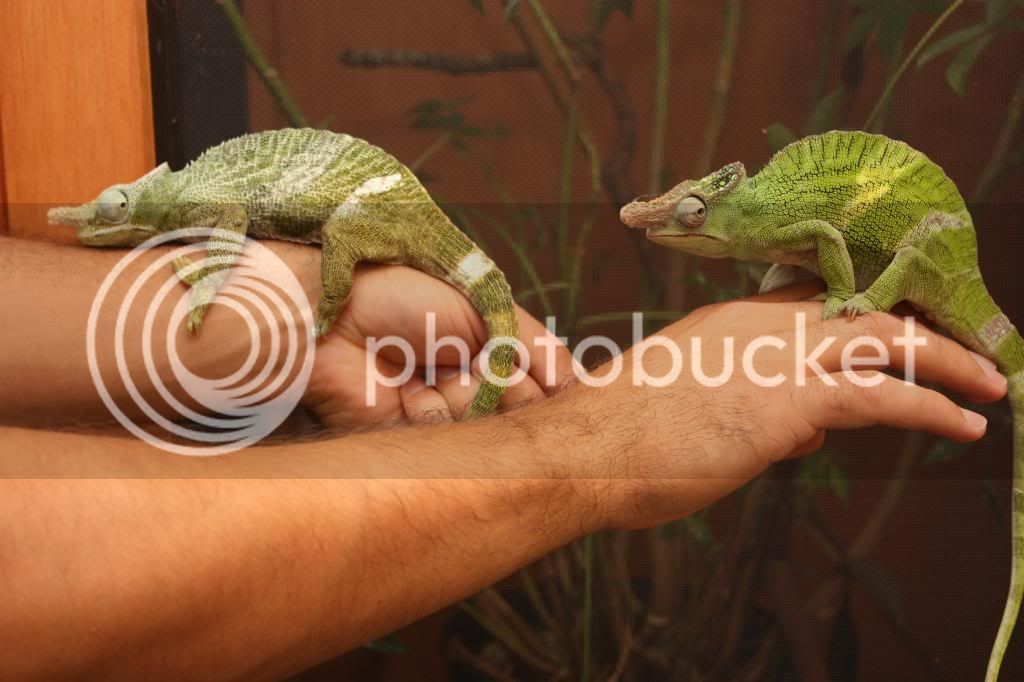 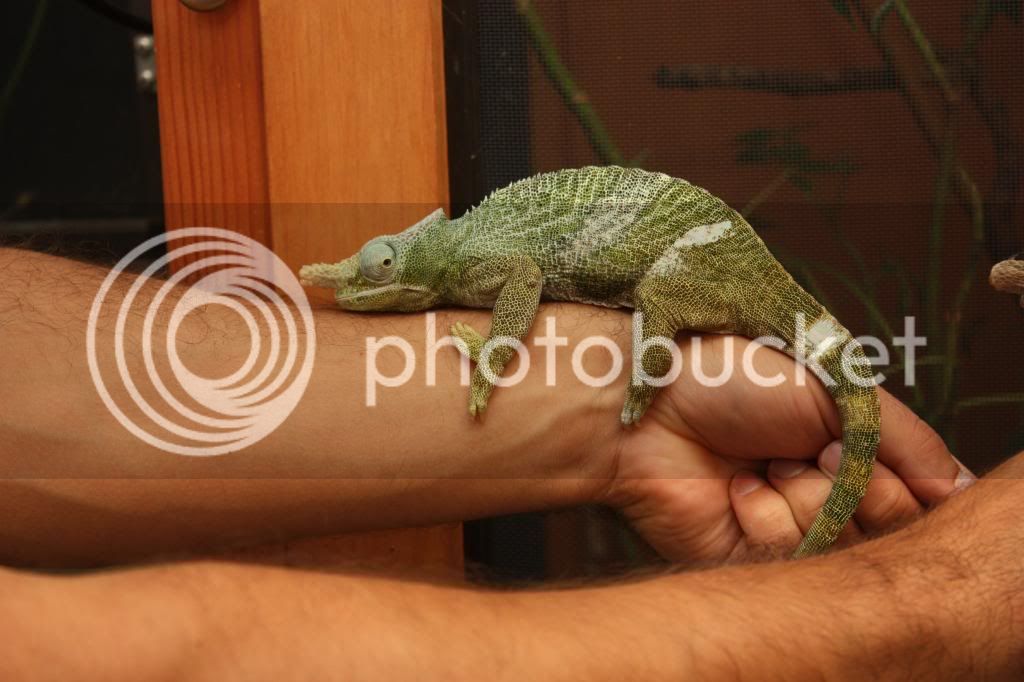 And here's a bit of video I took to try to catch some of the behavior.
[YOUTUBE]LOlpplF30xs[/YOUTUBE]
Last edited: Aug 31, 2013

Really cool stuff! They are super nice my man.

Way cool. Thanks for sharing!
V

Yeah team Malachite! He looks good for an old timer! You are taking good care of him in his elder years, even giving him a chance to show those upstarts up

Thanks guys. It really is neat to see these guys doing well in captivity.

I just re-read a study of the Eastern Usambara Mtns. chameleons and matschiei are among the least common there. If there's anyone out there fascinated by the species that has some experience breeding chameleons... I sure could use the help with matschiei. Having a human baby is far more important to me now and I'm finding it difficult giving them both the time they deserve.

Really cool stuff Chad!! I never get the chance to see Meru interact with other males like my panthers. It's very interesting to see the submissive coloration.

CNorton said:
If there's anyone out there fascinated by the species that has some experience breeding chameleons... I sure could use the help with matschiei. Having a human baby is far more important to me now and I'm finding it difficult giving them both the time they deserve.
Click to expand...

hopefully by next year i will have more space...

thanks to all that are working with this beautiful cham!

About one week ago I introduced Malachite to a subadult of unknown sex. I had assumed it was a male that was on the verge of manhood but I couldn't be sure.

Mal approached from behind, after displaying for about one minute. The younger chameleon did not run or gape but let Mal walk right past. Mal went to the other side and displayed again and here's the interesting part: The subadult turned tail facing Mal and proceeded to defecate on the only branch between them. He wiped the feces right on that branch and immediately Mal quit displaying. They both starting walking away from one another and neither reacted to the other for the rest of the evening.

I wonder if that was a one time thing, or common behavior? fascinating.

Mike Fisher said:
I wonder if that was a one time thing, or common behavior? fascinating.
Click to expand...

Tough to know for sure but I thought I'd post it so that I could come back and read it. Breadcrumbs...
You must log in or register to reply here.