I need some advice!!

Hey guys! So about 2 weeks ago I got my 3 month old male panther chameleon, and don't worry everyone's already given me the thumbs up for my husbandry. He's eaten probably 10-15 bugs since I had him, and I know that's concerning. He cup feeded from me 3 days ago and ate 3 bugs, but yesterday and today he doesn't want to and just gets scared and runs away. I put his food in a feeder run for him and right now I'm only feeding him BSFL because he won't eat anything else, but I'm trying. I took a video of him and then left the room, and when I came back I see in the video he keeps going up to the feeder and looking at the bugs, and then walks away. He does this a lot, and I'm not sure why he won't eat them. He's actually doing it right now as I'm typing! However, I noticed when I cup feeded him that he doesn't shoot his tongue out very far, he likes to get pretty close to the bugs, I would say at least a couple of inches to them close, and then shoot his tongue. Should I add another stick in the feeder so that he can get closer to the bugs to shoot his tongue? I'll put in a photo below of what he does, in the picture you can see that he gets really close to the feeder, but then right after the photo he walks away without eating. Any suggestions? 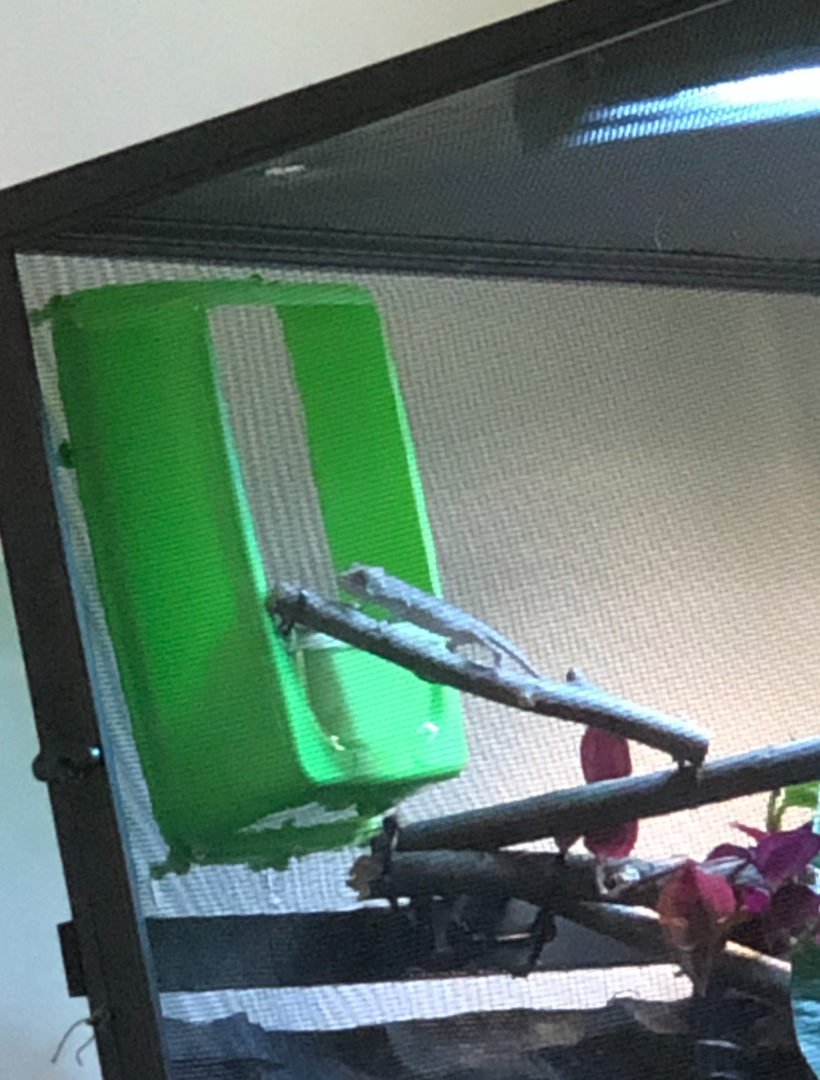 Tbh I would just try to hand feed the bsfl, they can actually slip out of that feeder n it might be hard for him to see, get them? You should get some roaches or silkies, variety is key! Also he might still be getting used to how everything is setup, sometimes it takes awhile for them to adjust. Dont stress it n just be patient

I would say to lower feeder shooting gallery so that light gets into it seems to be in the shadow.

If I had too guess, this is likely just stress and fear battling hunger. When very hungry, or in a more comfortable situation (sitting on you maybe?) he will eat. Generally speaking they settle in after a bit.
You must log in or register to reply here.

cham being picky... need suggestions for the cup?