Help, I adopted a chameleon and have no idea what to do

I've literally spent so much time trying to make sure I had everything perfect because it was rushed into without being rushed into. I've never ever wanted to hurt an animal nor would I want to not properly care for one, unfortunately I was ignorant and lept into this without the knowledge of the species. I should mention I've never even owned a reptile. Only a cat, who is babied. After confirmation of the order I realized it was on, I ordered everything I could and I'm crafty and love wood work so I wanted to make my own enclosures. He (I'm not even sure he's a he) is a juvenile veiled, around 3 months. my boyfriend and I are worried to death, because we're clueless. So please tell me what to do and what I need to stop doing, I just want this baby to have the best home ever and I'm terrified. Here's a list one what I've got going on:
I've got two foods that were purchased before knowing he needed live food
Flukers medley treat (river shrimp, mealworms, crickets - crude protein crude fat moisture)
Flukers gut loaded crickets
(I learned he's eating 1/4 crickets so I've been picking through)
I'm going tonight to pick up live crickets.
I've also cut earth works into bits, and offered peas.. I read it somewhere and I was desperate thinking he wasn't eating but he is pooping and it's long and light yellow brown.
I've got repticalcium one with d and one not (I read to dust with d once every other week)
I know it said to keep them in small cages, however he runs and runs and runs and climbs out and all over us and he seems playful but idk he also has only changed his colors the first few hours here and maybe three times since. Lighter shades of green, browns, even a light blush pink to match a blanket of mine.
I am however keeping him in two places. During the day I have a sunroom filled with plants in my home. He almost jumps off of us onto our huge dragon tree He seems to love the long open windows but it is chilly here in Tennessee.
I also have a 40 gallon tank with glass siding but drift wood stumps and a mixture of real and fake leaves and branches out of the tank and up giving him maybe a foot out where it's caged in. I'm using I think it's called blue spotted day and night bulbs. They're 60 watt but I'm also using a small ceramic heater in both areas. I keep the red bulb on 24/7 as long as that's where he is and there is a bask area for underneath. I'm using the day during the day, even with all of the natural sunlight because I don't understand the uvb stuff and it freaks me out. I also have a hydrothermal reader thing. Ive started keeping small humidifiers throughout the house but in his tank I have a small dog thing that I caged and it flows steam through the bottom that also has around one inch of water but is covered with rocks, plants, stumps, etc. His humidity stays around 30 40 sometimes it does go to 80 but never lower than 30. The temp during the day is never lower than 70 in the midsection of each area, at night sometimes 65 is lowest. (He does have his bask spot though that stays at least 85) I made a drip thing so that's constant. I hand mist, every two hours for about 30 seconds. Every six for 2 minutes. And randomly in between. I'm just scared and I have no idea what to do and he's wild as heck. And earlier I think he cut himself on a stump what would it look like? Little water drops? Please help, anything is so appreciated.

note you should research before you decide to get something like this. But since you need help is shall. Fill this out below V ask me any questions you have dm if you want private help!
Chameleon Info:

Current Problem - The current problem you are concerned about.

Can we see a full view of the cage and what lamps do you have UVB and basking what size cage you need at least 4x2x2 for an adult.

feed him fruit flys, bsfl, crickets, superworms, roaches, anything that is shorter than in between his eyes! live food bugs! 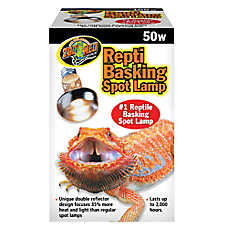 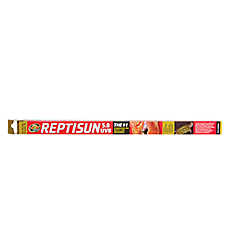 make sure its the long one

also, what're your temps if it more then 90 ish stop using ceramic heaters. The UVB is easy HE NEEDS it to be able to take protein in it cause him d3. Get rid of stump its a hazard for him. your temps are too low 70 should be the temps for the night.

Hi, and welcome! Please read the caresheet for your chameleon here https://www.chameleonforums.com/care/caresheets/veiled/

I am confused by your description, as you mentioned he had a spot in the sunroom as well as a tank. So I'm not sure what lighting and water is applied to each area. Also, when you say tank do you mean an aquarium type? Any tank with four glass sides, be very careful of temps and humidity. They retain heat easily and do not promote air flow, which in a humid environment is dangerous. Glass sided enclosures can be used, but they are not forgiving. Definitely fill out the form that KamaKamaChameleon suggested and pictures speak a thousand words include lots if pictures of his enclosure and set up. We will help to the best of our abilities! You obviously want to do what is best for him and the community has a wealth of info

completely true.
You must log in or register to reply here.

Not sure what to do for him

Preparing for a Baby Panther Chameleon

Is my Veiled Cham too small?