I posted a few months back about potentially getting a pair of T.J.J's, and I ended up going for it! My pair was actually field collected, so I was initially a little worried about how they would progress. However, I purchased them from Tiki's geckos, which is a pretty reputable company, so I had high hopes. The adults are thriving, and each of them will tong/finger feed and show no "wild caught" problems. I was hoping that the female would arrive pregnant, as my goal was to breed them. Per usual for wild caughts, she was!

I have 8 babies that were born on December 22nd, so they are currently about 2 months old. They're all feeding great, and so far all are alive and healthy! Knock on wood though....I know how tricky this species can be around 3 months. Some of their green is starting to come in, and I'm super excited to see how they all turn out. My male has successfully mated with my female since the first babies were born, so hopefully we will have another batch here in a few months! Not only that, but now I'll have two batches from different fathers. It's always nice to have a bit of genetic variation right from the get-go.

Also, big thanks to @JacksJill for all of her help. She's been a saint as I've sent multiple pm's to her asking for advice. I can't say I'm as good as her, but hopefully I'll get there! 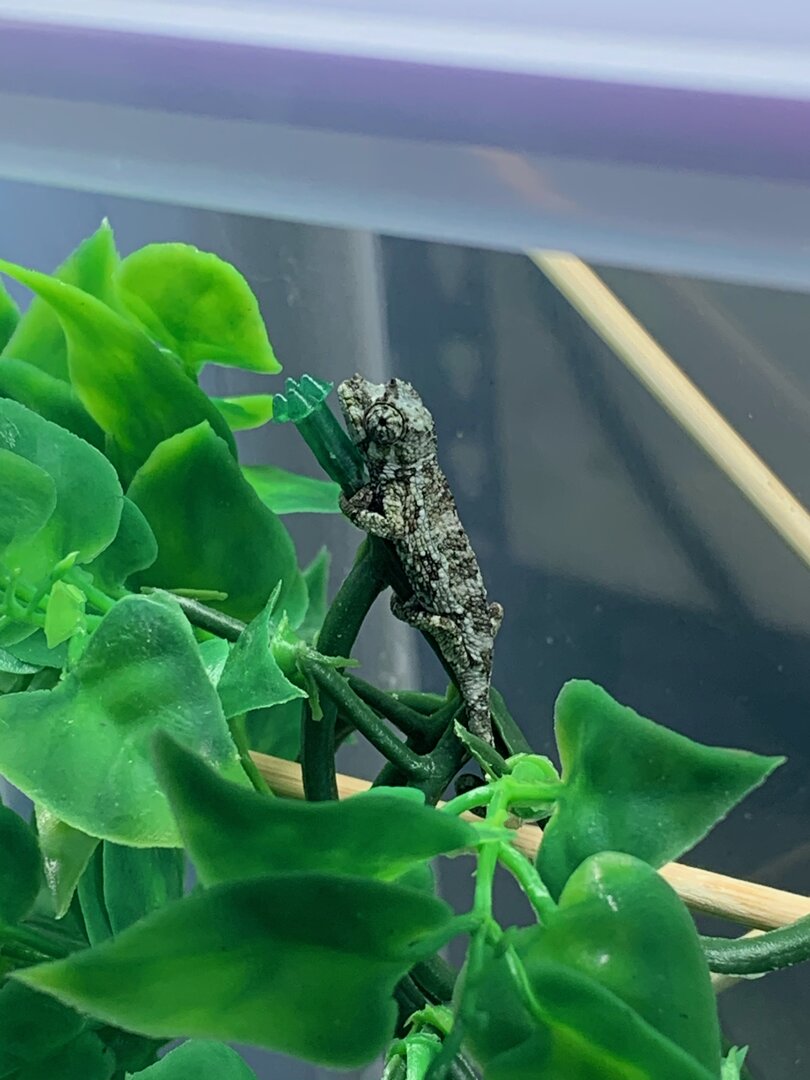 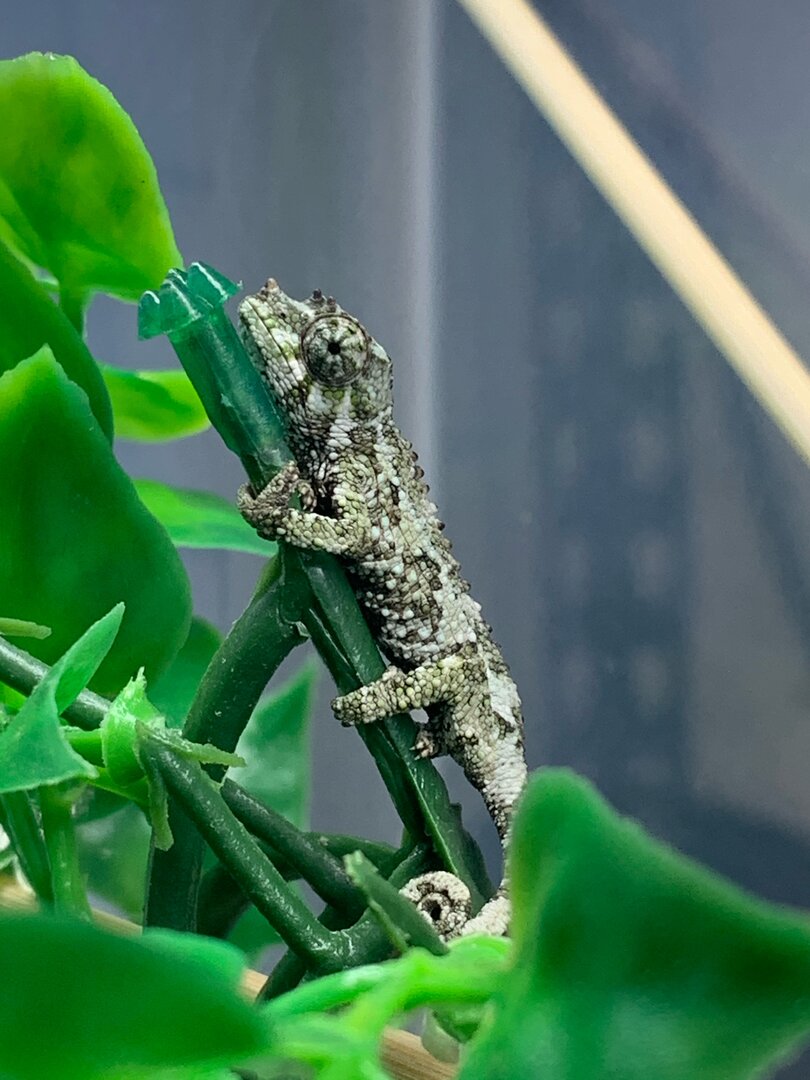 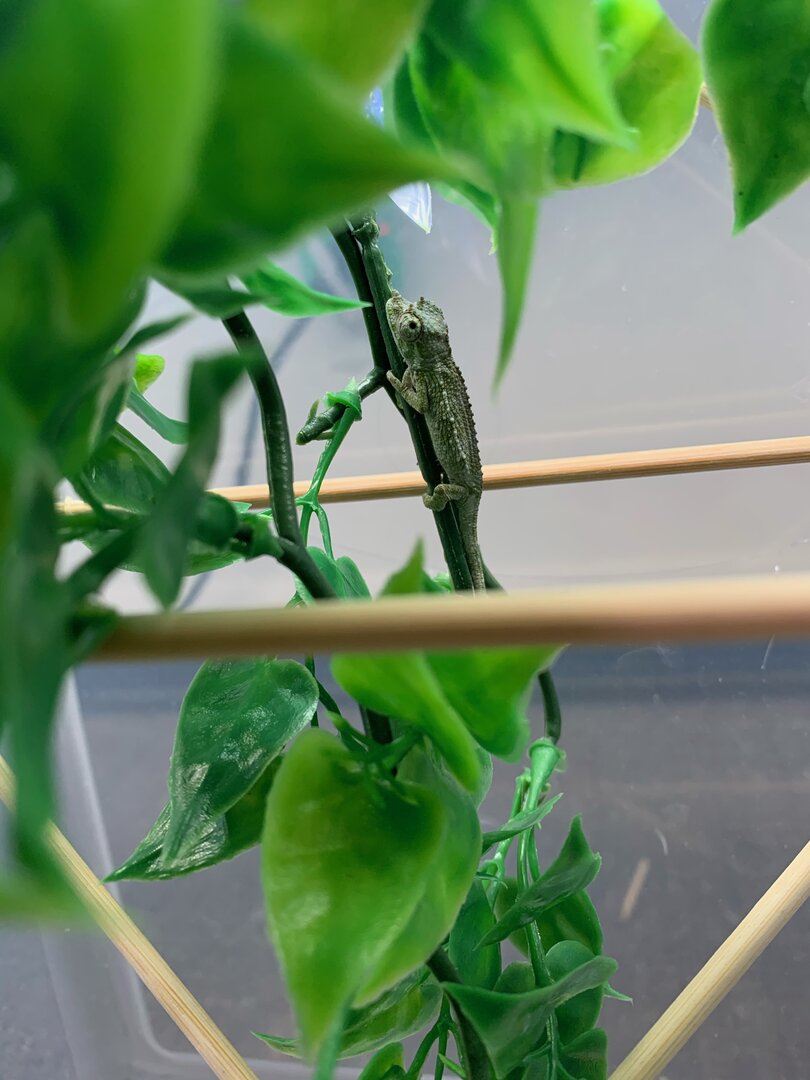 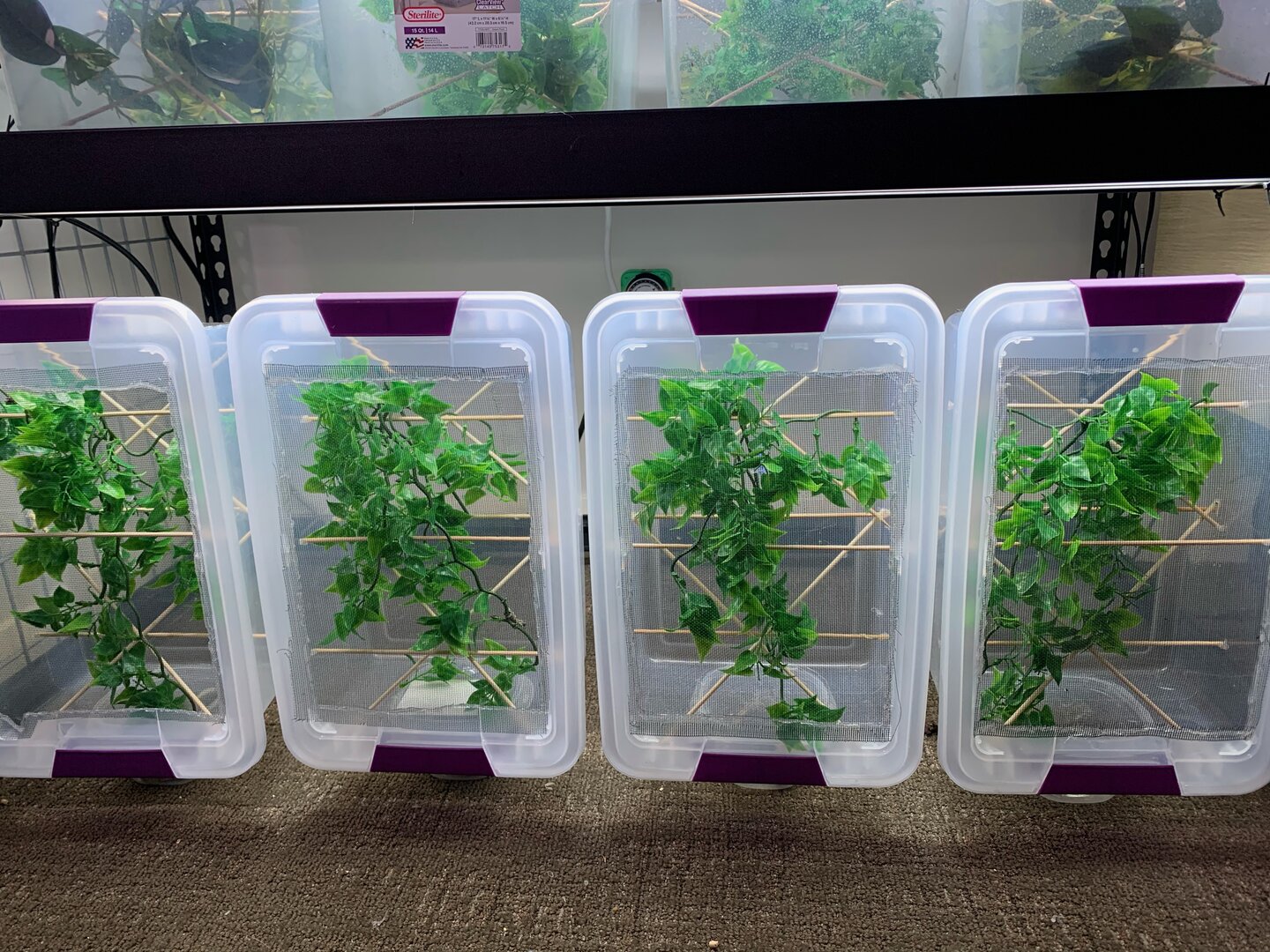 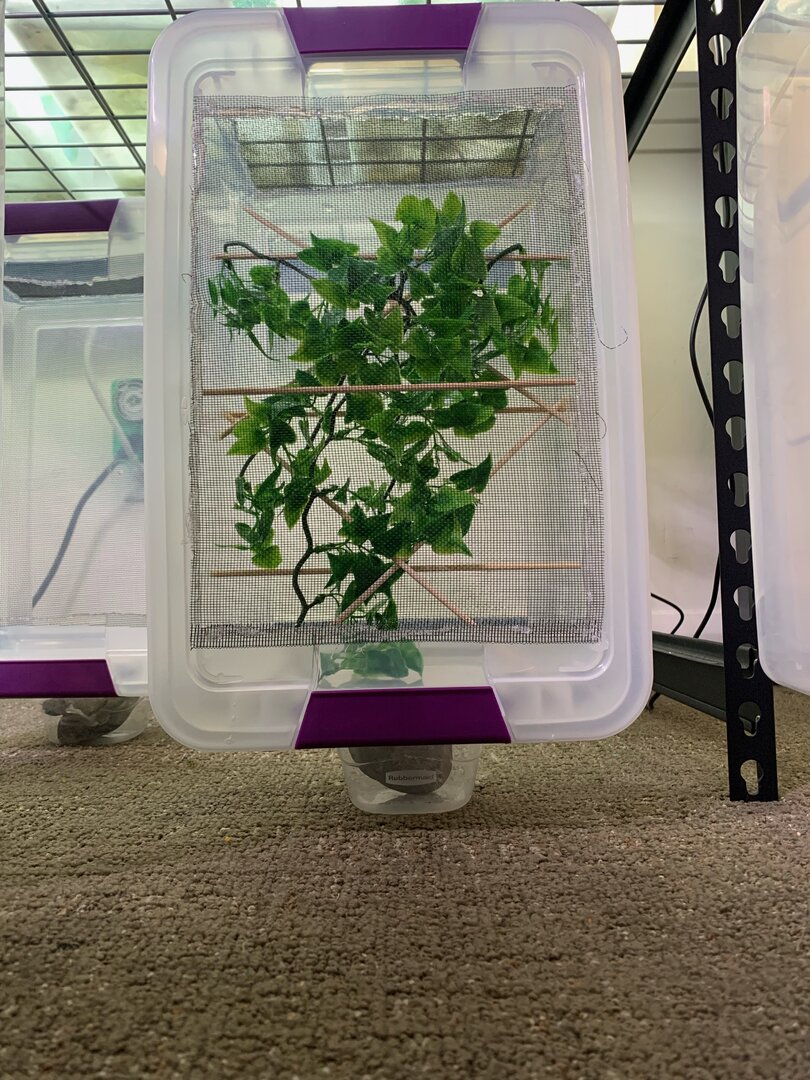 Whats the purpose of the smaller Tupperware underneath the bin? Drainage collecting? I love the concept, probably build something similar when I'm expecting hoehnelli babies.

Livingstons Lizards said:
Whats the purpose of the smaller Tupperware underneath the bin? Drainage collecting? I love the concept, probably build something similar when I'm expecting hoehnelli babies.
Click to expand...

They are actually for allowing the bins to stand upright. Since there is a lip where the lid clips on, they can't stand on their own, so I needed to add something. Just hot glued tupperware to the bottom of each bin and put rocks inside of each to weigh all of the enclosures down. i need to figure out a good drainage system though!

Staff member
If you cut a hole that goes thru the bottom into the tupperware and stick a live plant in there it will use up a lot of your excess water. Mine do. 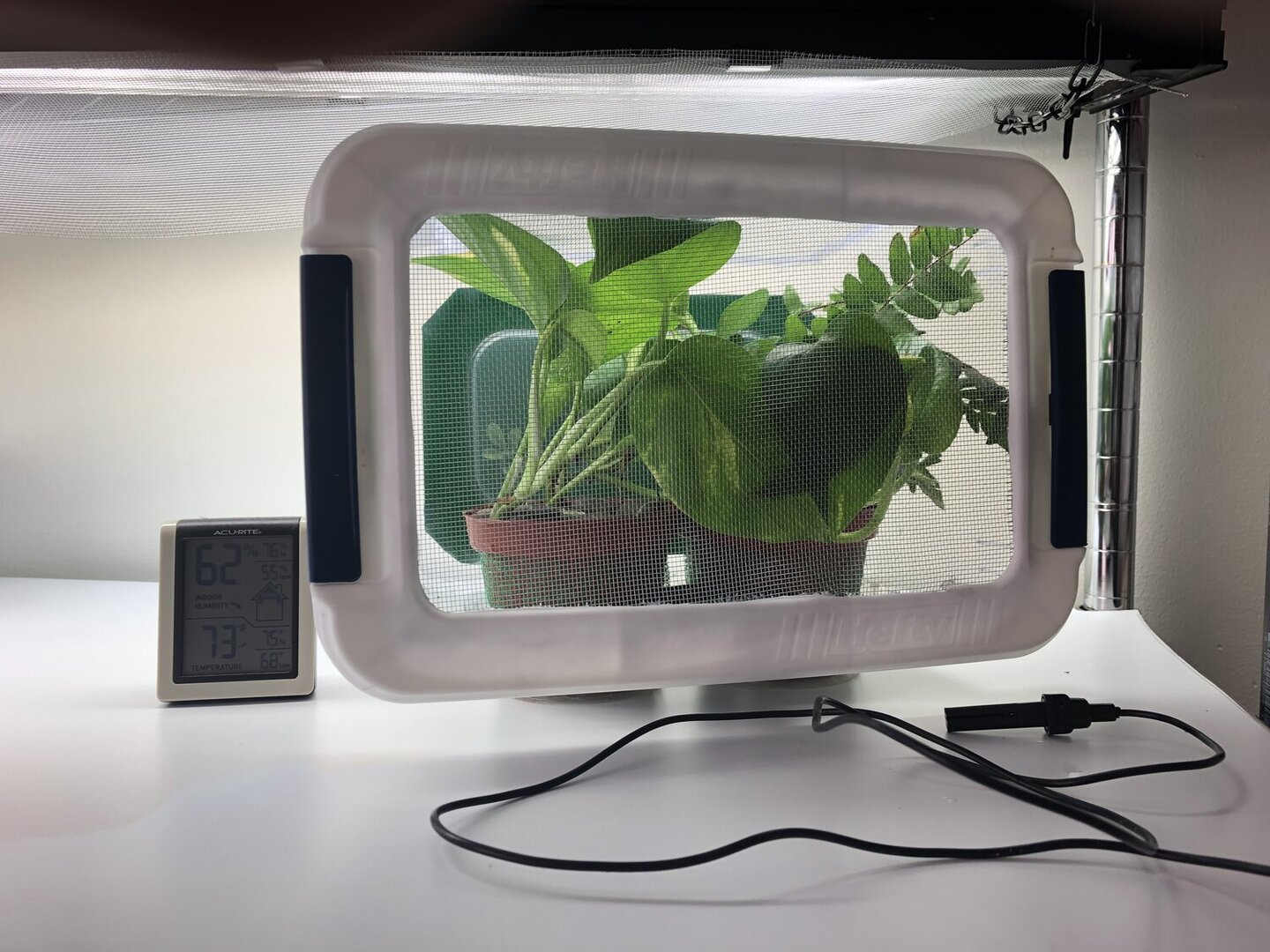 A comparison of four T.j.j. females from the same clutch