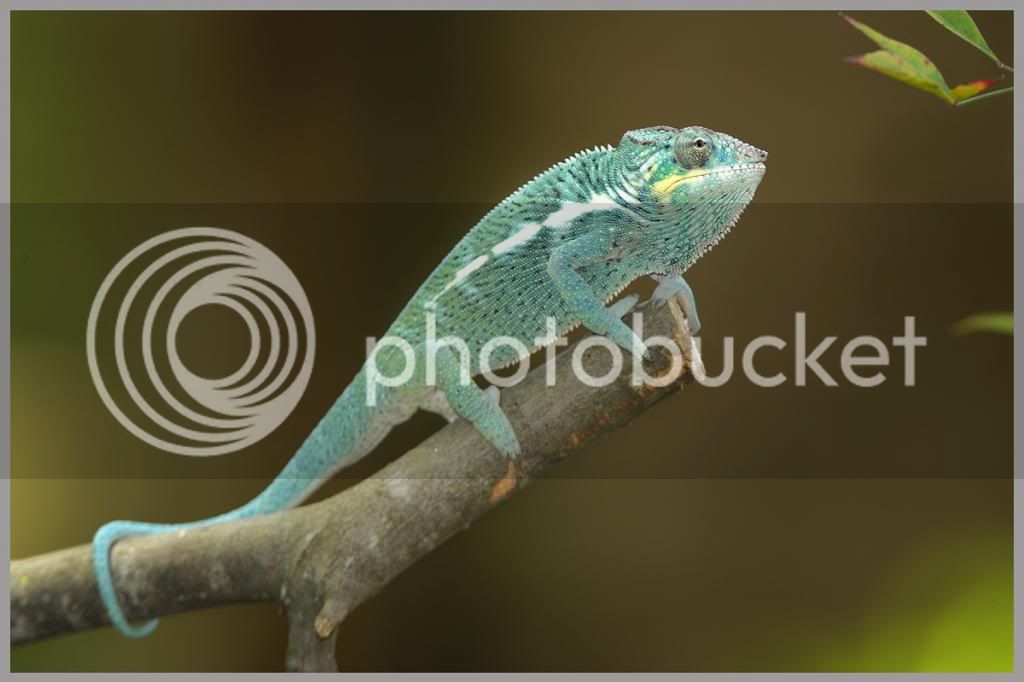 Made a trade over the weekend for a 7 month old Faly which was shipped via FedEx priority overnight on Monday. The guy took it to his nearby FedEx store where - through a series of screw ups - the package disappeared. Never scanned so not traceable. Thursday, the package ends up on my doorstep via US Postal Service. The box was accidently thrown in with the USPS mail rather than the outgoing FedEx at the Florida FedEx store. Anyway, he was shipped from 90 degree Florida weather to a Tennessee cold front where lows were in the mid 40s. He survived and is doing quite fine.

My chameleons are namned for various islands battles that took place during the Pacific campaign of WWII, landmarks and Marines that fought and died there. Robert Leckie was one such Marine. His nickname was "Lucky".

He's a lucky boy! He looks good to have been throught all that. It's a good think he went from a hot climate to a cold one instead of the other way around.

That's so great to hear! Were you afraid to open the box?

OMG! I would have been freakin!!! I am SO glad he made it to you alive and well!! He looks great!!!

Lucky Leckie is true to his name!
Glad he made it to you alive and well

Glad he made it safe and sound

what a great ending to that story,
good "luck" with him!

Sounds like he had quite the adventure, glad he is safe and looking good.

shaunaroxanne said:
That's so great to hear! Were you afraid to open the box?
Click to expand...