Woo it's been awhile...added some stuff :)

Hey guys!
I'm Pascal's mom. She's been with me since December 4th of 2010, she is a Senegal Chameleon, she loves attention, she comes out to be held and it seems to brighten her day.

I haven't been able to get a hold of ficus yet...but when I do she will have some in with her. Right now she has a Bonsai Tree. Tonight I added more fake vines to her tank and she looks scared to death of them. She's walking on them but eyeing them up like she's lost. Hopefully this won't freak her out too much. She's been eating for me and drinking since day one...no signs of illness and had her first shed last month.

Here's her set up prior to the new vines: 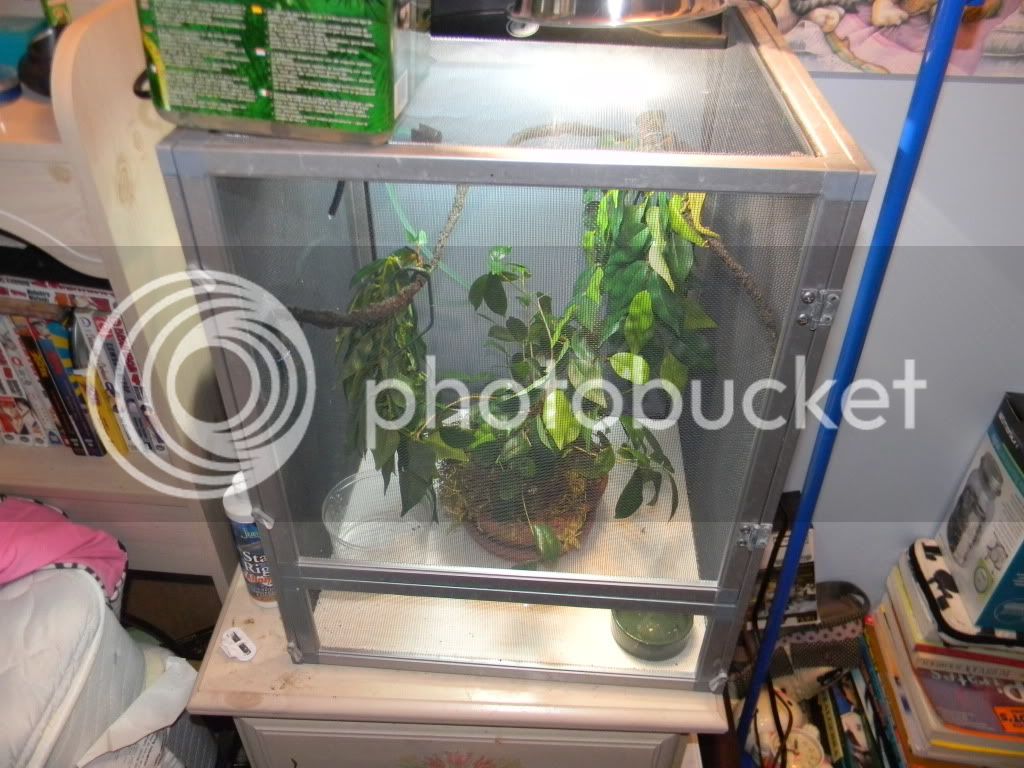 Here's after her new vines.... 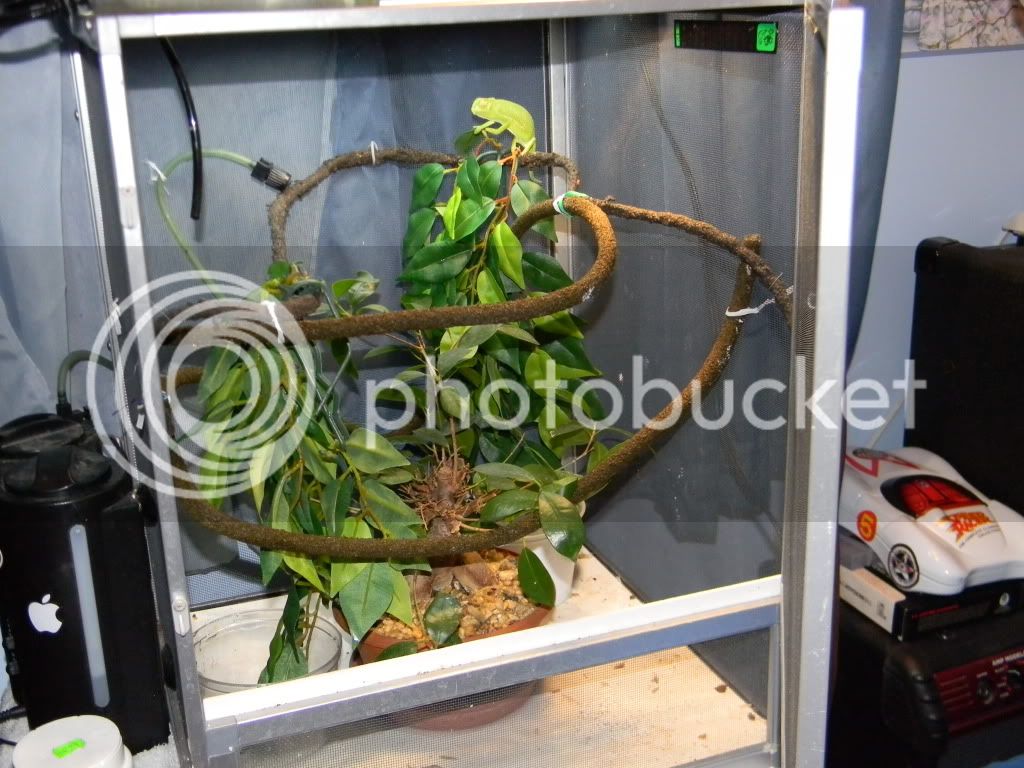 Does anyone have any ideas on how to secure the vines together better? Twisty ties have worked since day one but they don't really look good.

Zip ties are excellent. And they will go through mesh.
You must log in or register to reply here.

How long before chameleon settles in and starts eating again
2