Who says Veileds are bland chameleons?

Honestly, step forward all you veiled chameleon haters! Everyone introduce your pretty veileds with a single photo. (be nice to those dial up losers )

Meet Lenny, an ~11 month old female. Unfortunately she backed away right as I took the photo so she left the focus range. I love the blues, and the oranges.

here is my female artemis with her brightest colors

A chameleon that does not try to bite you, teaches you nothing! -Will Hayward.
Last edited: Sep 23, 2006

Here is a picture of my veiled i took with a mega-pixle digital camera-phone, so it is a bit small. 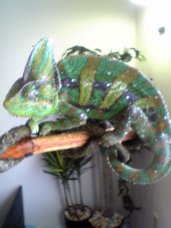 i have yet to get bit by a veiled. all my male does is hiss and lung but doesn't bite and my females don't even try. i love them

oh, and, a panther would think twice before calling a veiled bland to his face. I wouldn't give any panther two seconds against my guy. Samba, Nosy be, whatever....bring it on. Not that i would really consider pinning two species against one another, but let's have some fun. Who do you believe would win, and why? This goes for any species, who is the king among chameleons? Have any breeders had incidents where two similarly sized species sqaured off? what resulted? I would be interested to know.
Last edited: Sep 23, 2006

Like the topic Will. I get a more current picture Sunday night.

I got home after their lights where off. Most of the ones I took just made them look white with the flash. I will have to take some in better lighting these look like crap. His head looks like he is about to shed so I will take them after that. His stripes are usually orange and blue. He was pretty pissed about being woke up. Sad to say but that is the best picture I have ever gotten of the female even with the head cut out. She is fast and hates the camera.
Last edited: Feb 24, 2007

Are people hating veiled chameleons now? If so, that's horrible. Chamaeleo calyptratus are beautiful creatures. People should be happy they are prolific! When a person is successful with one species it will encourage them to work with others more threatend.

Who could hate the face of a 2-day-old Veiled anyway... 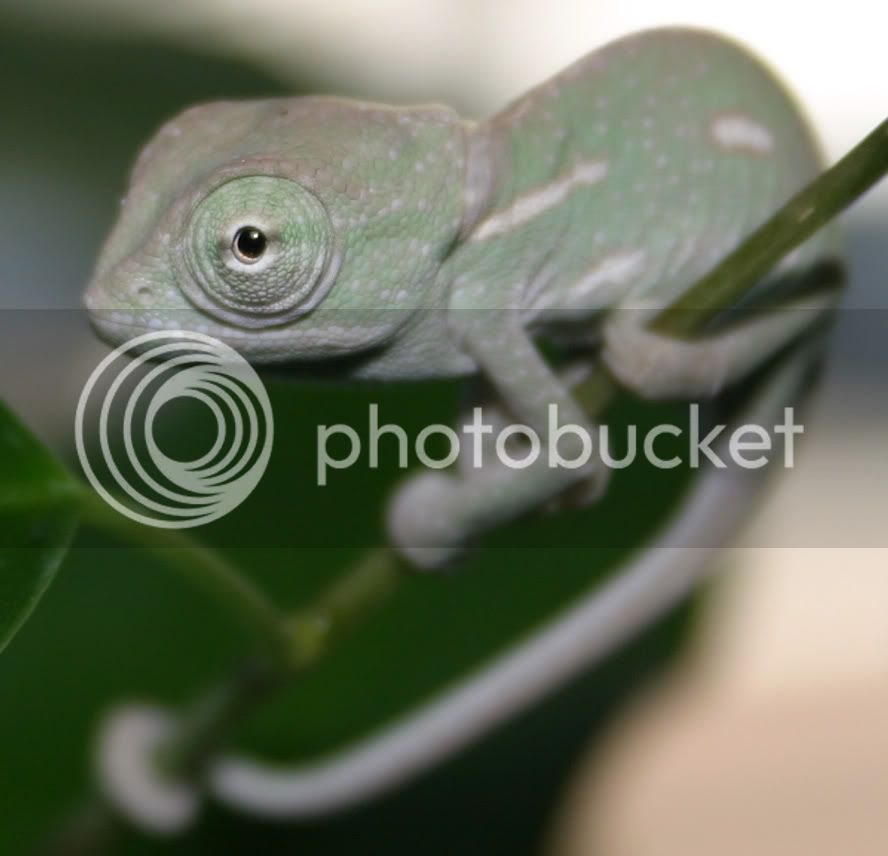 Although no relation to the baby, here's Grandpa (March 2005) when I adopted him: 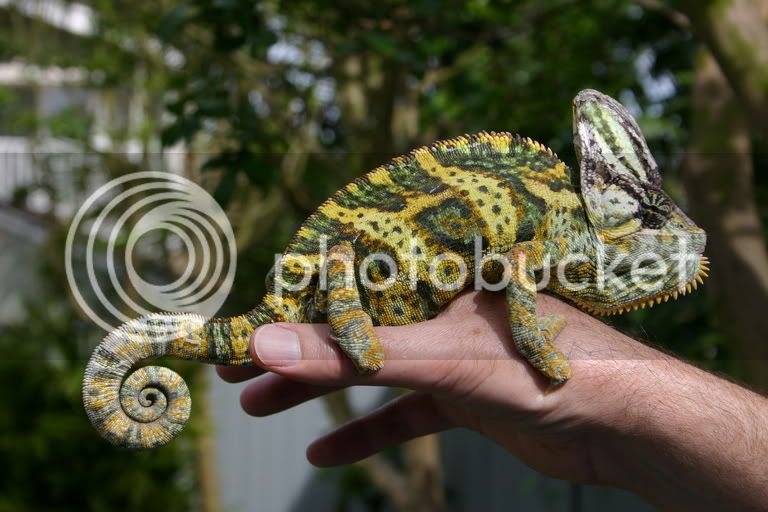 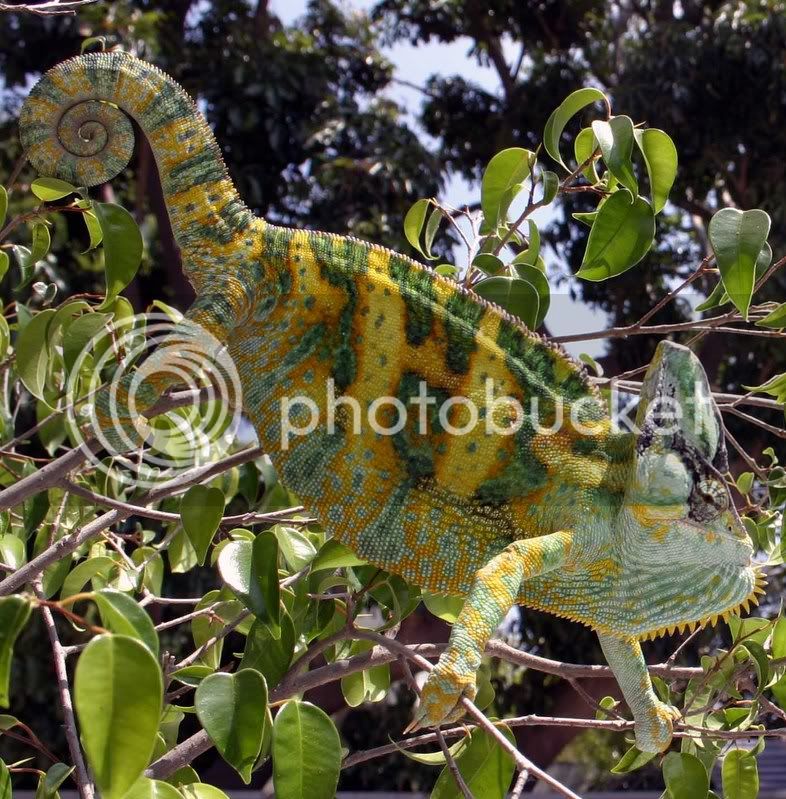 Veiled chameleons are under-rated. I myself have kept six different species of chameleon. Fischers are my favourite but I think Veiled come a close second. Not only are they incredibly beautiful (in the top three of all species in my opinion) but they are also very hardy. My own male Veiled is over five years old and I am amazed he is still here from what he has gone through this year at the vets etc. including six months on critical care before eating on his own again. Any other species of chameleon would have given up by now I am sure. I think Veiled chameleons also have amazing personalities, they are aggressive yes but also have a brilliant inquisitive nature

I got some slightly better pictures. That camera makes him mad. I think his relaxed colors are better looking then the nervous ones he is displaying in the pictures.
Last edited: Feb 24, 2007

Maybe not hating, but there does seem to be this 'unspoken' something against them. Too easy to keep. Too cheap to buy. Too available and common.

unspoken what ? besides too available and common

Well, I must show of my lovely Luna. She is on her big jungle gym in the sky as of July2nd 2005, but here she is on her real one in my office. Her other eye was looking at Lita, my cat, on the ground

for more of her, go here: lele's webshots
You must log in or register to reply here.