I think I may have noticed this before, but it never registered. I have a senegal I received as a birthday present on the 9th of Feb. So he's still pretty new.

He was basking after I misted, I guess he didn't feel like being wet! That's when I really noticed the subtle protrusion down his right side. What's odd is that it seems to line up with his ribs, but that could be coincidence.

Also, I think he's just too skinny, but I've been trying to work on that! I'm not quite sure how much he should eat a day, and he definitely prefers to free-range, which is stressful to me, because the crickets don't just stay at his level on the screen. I recently got some superworms, and just today before I misted, I dropped on on a leaf in front of him and he ate it, so I waited a bit and gave him another. That seems a little more reassuring, though I do see him eat crickets.


Here are the pics. He turned around, which made the lighting alot better, and gives a comparison. 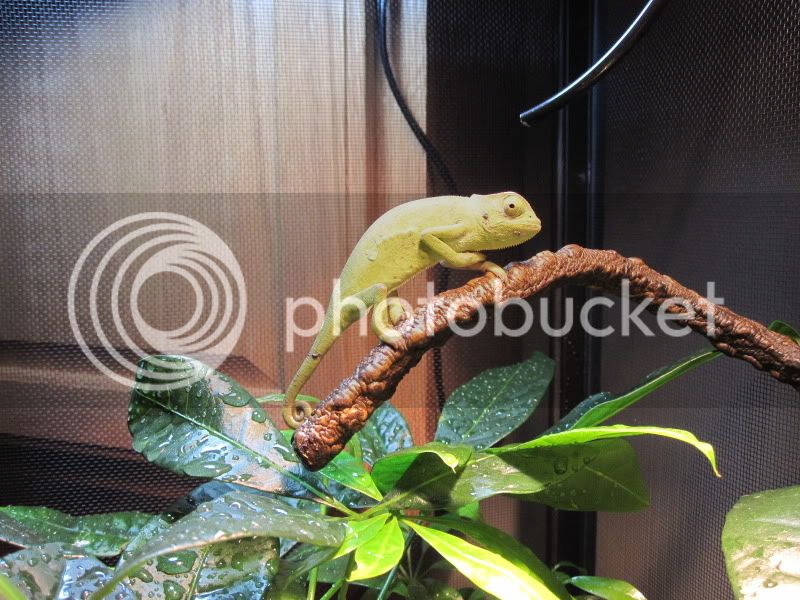 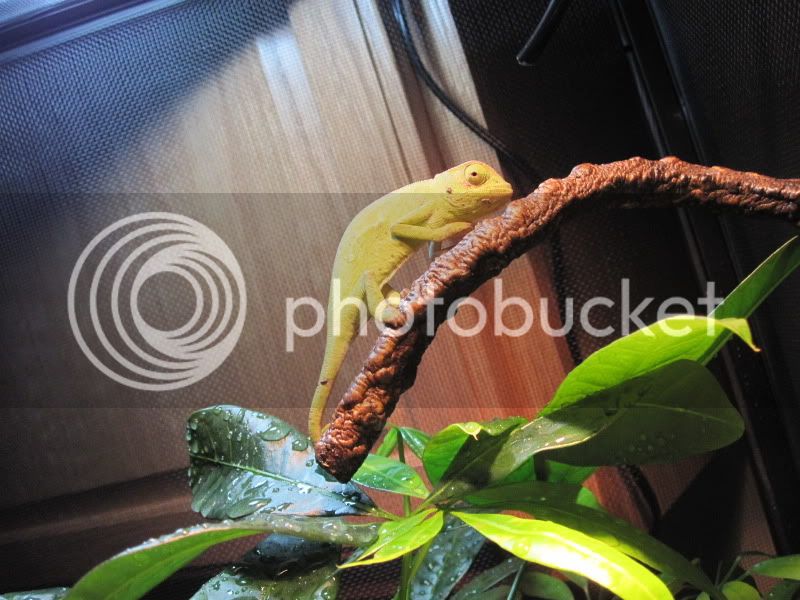 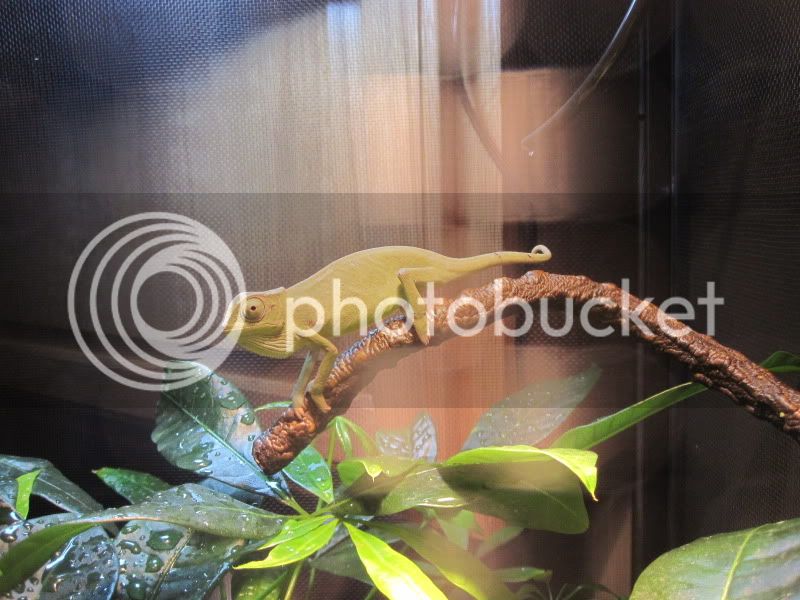 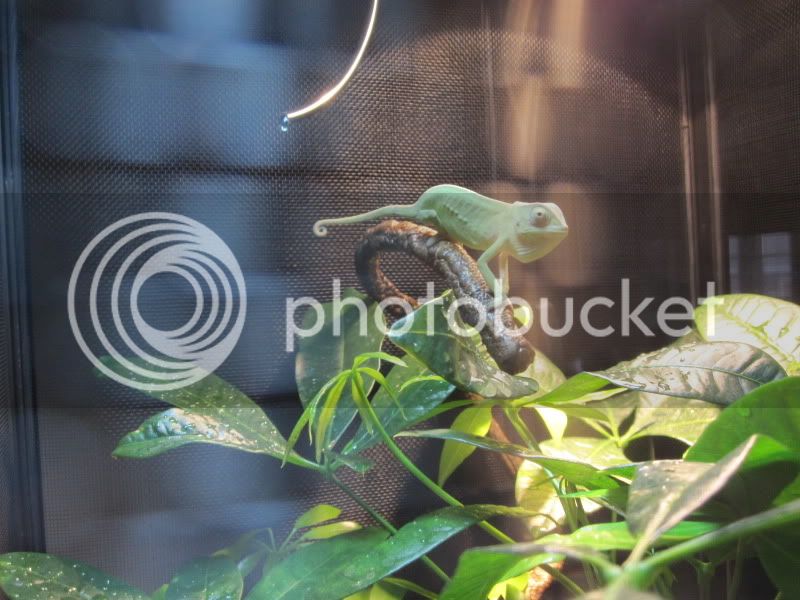 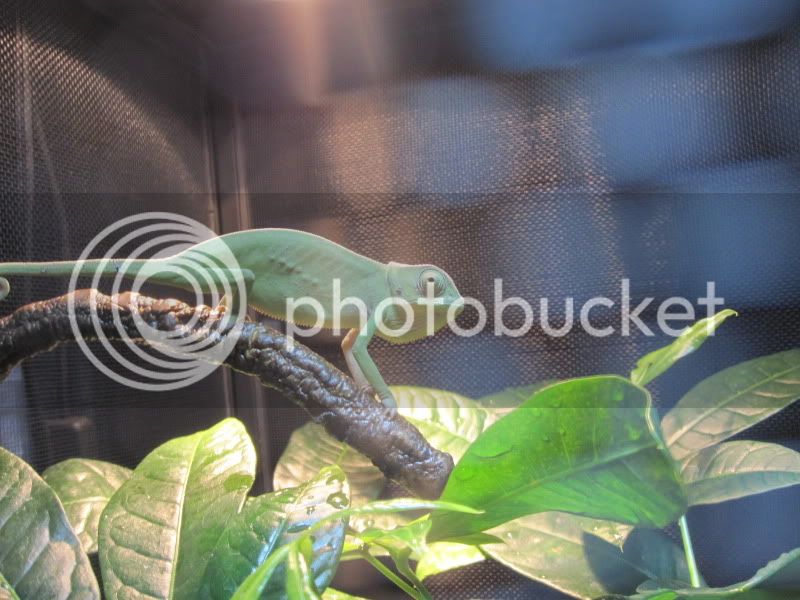 He hasn't been to the vet yet because I'm trying to figure out where to go (I think I've figured that out) and also, I'd read that while it's important, it's a good idea to let them settle for a bit, first. I'm not sure how long that would be, though. I should probably call this coming week, and whenever the can fit me in will be long enough, I guess?

It looks like he may have broken some ribs. My female had those same lumps when she was small - they healed and disappeared of their own accord. If the cham is still behaving normally and eating, drinking and pooping, it should be fine. Just keep an eye on it and if you are worried book a vets visit. Make sure that you are dusitng most feeds with plain calcium to aid the healing process.

Here's the thread I made when I was worried about mine. https://www.chameleonforums.com/baby-veileds-ribs-25940/
view our sponsors

It could possibly be a parasite. I don't have sufficient hands on experience to be able to identify if it is a subcutaneous worm. it doesn't look like what I see in any of my books. Seeing a vet how that the senegal has chilled out seems like the best idea. Let us know what you find out.

That looks like broken ribs to me. A worm you can actually see a whole worm shape most of the time.
T

Thanks for the quick responses!

I do need to get some calcium supplement. I'm still getting comfortable with everything, and I'm sure he is too.

Thanks for the link, Miss Lily! That makes sense. He is in pretty rough shape... He acts normally, but you can notice black spots all over. I'd questioned that right away and was told they are probably bruises and scars. Poor guy! I guess now that he's been caught, all I can do is give him the best life he can have. If he could think about it, at least he wouldn't have to worry about being eaten!

Yeah, I'd say broken ribs also. The lumps line up perfectly where the ribs should be. Poor guy someone must have been rough with him during capture or importation.

That is a young cham and those are broken ribs probably from calcium deficiency. At least when the pics show him facing right.

His limbs look good though, so maybe I'm wrong and it's trauma caused. It's just that kind of ribs breaking at that size is usually a calcium problem (or lack of d3 from light or supplement resulting in inability to use calcium).

I see hints of something that could be subcu worms when he is facing left behind his forelimb. But lighting in pic doesn't make it clear. Can you get a better picture in different lighting so any bumbs below the skin cast a shadow?

What I think I might see is a curly looking worm below the skin, but like I said, I can't tell for sure in that photo- I just see what might be but then it might be my imagination from the lighting or something. What I *might be seeing looks like a largish (compared to him) reverse "S" shape squigle around his shoulder in the photo facing left...
K