I am selling my Ambanja pair after getting 24 healthy eggs nearly a month ago. I have more adult pairs than I should and I planned to let a pair or two go after successful mating.

The male was bought from Nic Herrett about 18 months ago. I would estimate his age at approx 2.5yrs from info Nic gave to me. Nic had originally planned to keep this animal(which he bought from Todnedo)for his own breeding program. This Ambanja male is a bit smaller for a full grown male. My Nosy Be and Ambilobe males are prob 20-30g heavier. When fired up, he exhibits Faly-esque red dotting all over. That's what originally made me purchase him(as I was Jonesing for Faly and still am). He does have a bit of a nose rub, as Nick said he was an active animal, but it has not gotten any worse under my care.

The female was purchased by me from Jim at The Cham Co. If memory serves correct, her hatch date was mid 2009 and the sire was HyJinx. She is in process of putting on more weight as she double-clutched. My inexperience allowed me to lose first clutch of 18, but had her second clutch of 24 perfect eggs on Jan 11th(can provide pics of those too).

Both animals feed greedily on dubias, crix, occasional supers, and hornworms when offered.

I am looking for $450 shipped or would consider trade/cash for a juvie or young, high-red Ambilobe male.

Please PM with ?'s. Thank you. 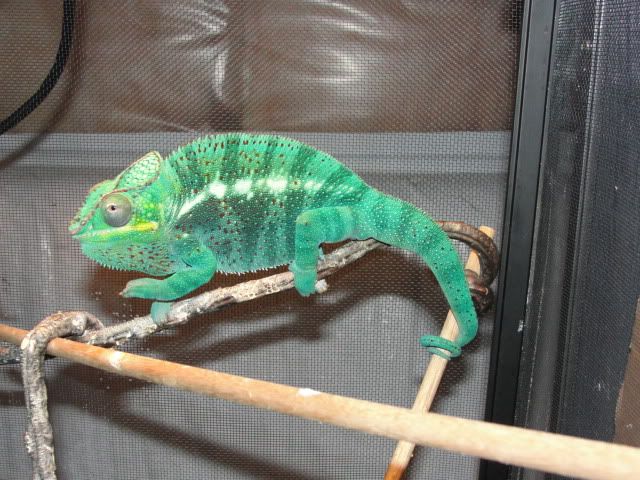 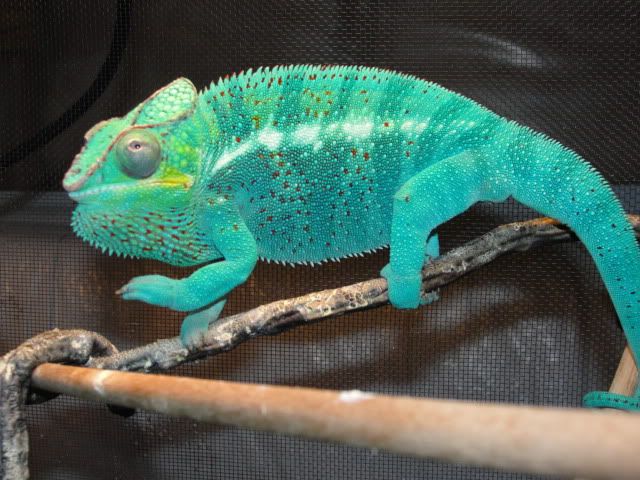 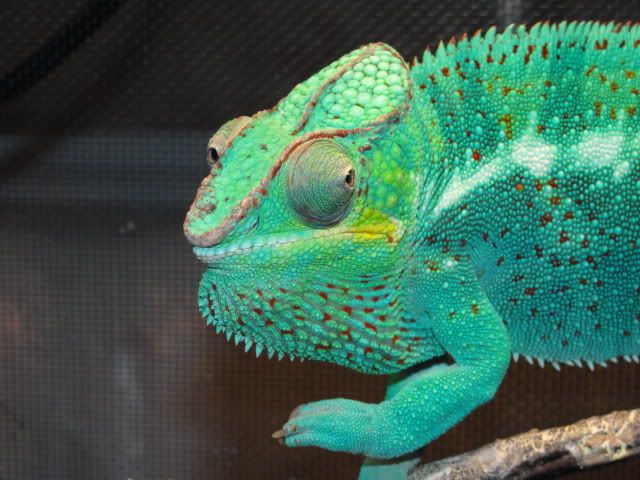 Couple of inquiries, but no sale yet.

I want to see your Ambanja pictures

How do I stop being a selfish turd?