First, let me say I got my idea for the drainage system (particularly, sitting it on pvc pipes like I did) from this forum but cannot find the original thread. If anyone knows which thread it was let me know and I'll provide the link

Anyway, Priscilla has been at my home for a week and initially her enclosure was a bit bare but I didn't want to pull her out right away and stress her out even more. Since I got her she has eaten and drank and pooped and basked and done normal chameleon things but since she didn't have a lot of hiding spots, she would always get upset when I was in my room and would get dark and slink off to the corner and look pissed. She also didn't have enough pathways to hunt effectively, since I only had the vines to climb on. Her enclosure was also on the floor and I don't think she liked being SO low.

So today I got her cage on the caninet and really packed her enclosure with a pothos (I really wish I had put it in the OTHER way because that side is much fuller butttt whatever. I almost killed myself standing on a chair to hang it with no help. It can stay like that) and some branches, as well as fake leaves and vines. I was beginning to make my own rain system, modeled after another post on here but my ever gracious father said he would just buy a mistking. Looking forward to that.

I made the drainage system out of a cabinet from home depot. This was by far the most expensive aspect of the whole thing, but I wanted something that would look good aaaaand the afore-mentioned ever gracious father didn't think it was too expensive.

Here are the pvc pipes (3/4") that I hot glued to the top at an interval of an inch apart. 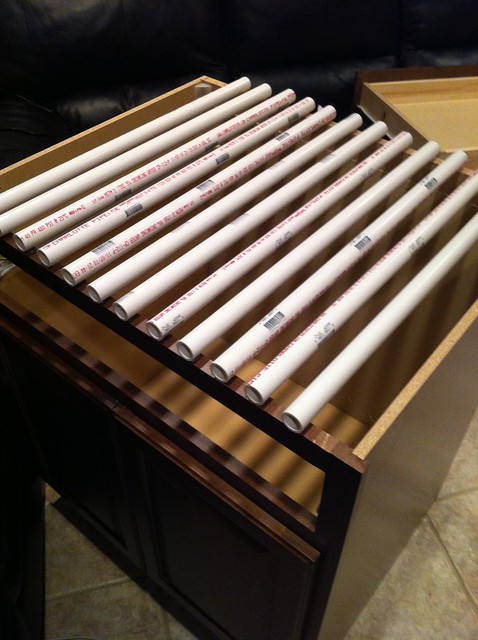 Since this cabinet had a drawer, I was going to take it apart and just glue the front on but then I figured I could use it for something, so I used some water resistant tarp to create a funnel effect. I cut a big hole in the bottom, and then pulled the tarp through the hole and cut it and glued it there, then pulled it on all sides and glued it so the water runs towards the hole and drips into a bucket i put underneath. 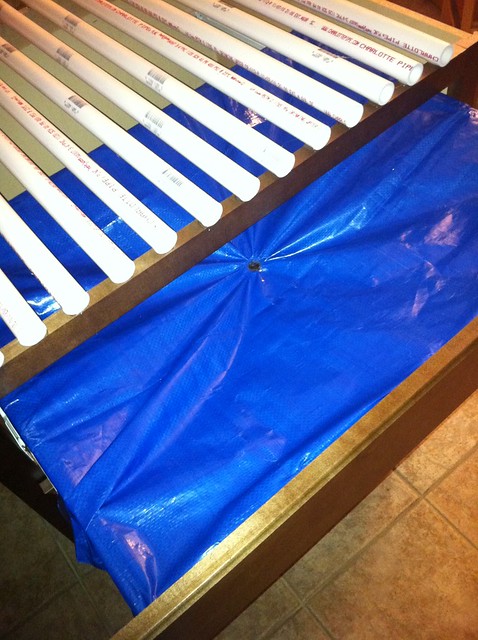 I glued like an inch of clear tubing I had into the hole (it fit perfectly, that wasn't planned, haha) just so the water would be directed and not travel across the bottom of the drawer. 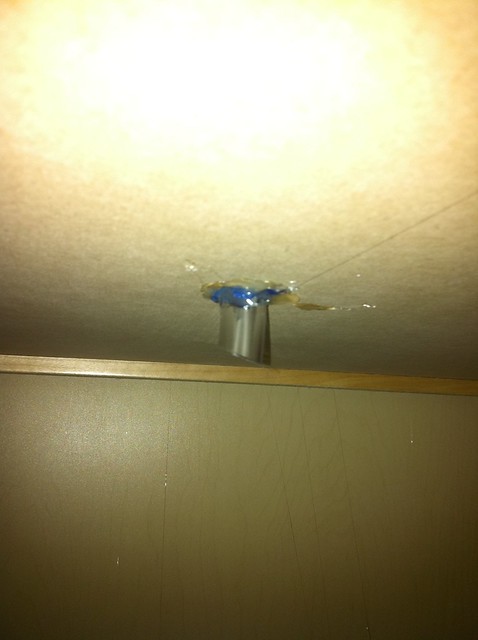 This is her enclosure before I added the additional elements, once it was on top of the cabinet. 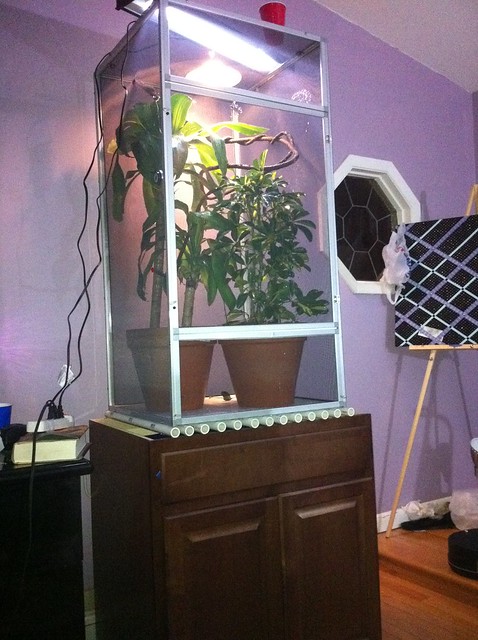 AFTER:... I need to remove those ugly price tags! (btw. can you spot the chameleon?! haha) 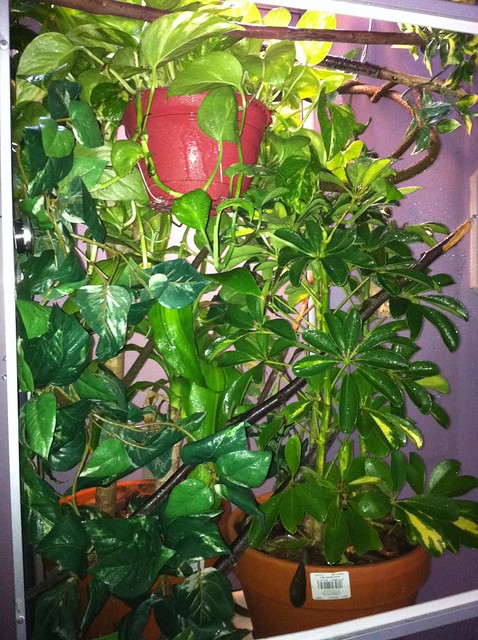 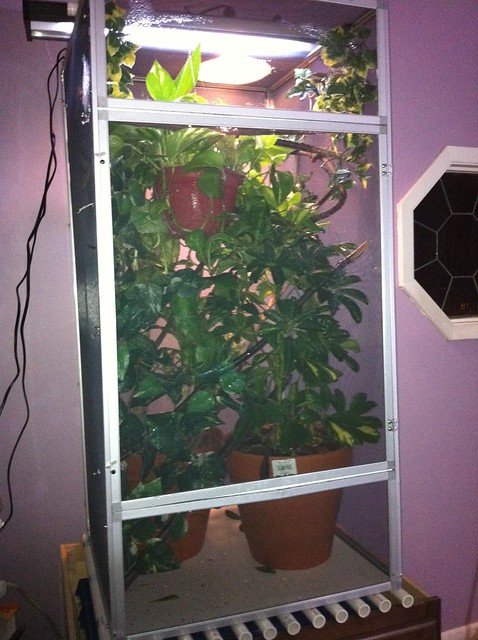 My friend hiding in the forest 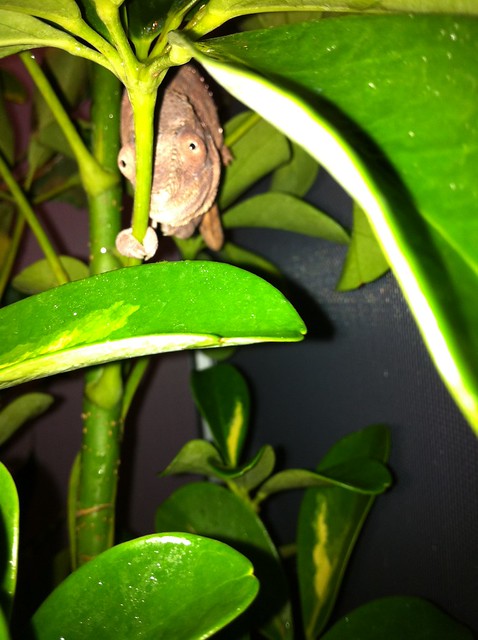 Now all I need is my mist king and a place to stick that power strip so I don't go and mist it and so it looks less crappy.

are there holes drilled in the floor of your cage? how does the water get down to the drainage system?
J

wont the cage roll off the stand.....you could have just used a sheet of egg crate...

cool. nice set up. just about everyone has their own way

Haha, yes there are holes drilled in the floor of the cage. The cage wont roll because the pipes are fixed in place. The pots that the plants are in weigh A LOT. Like, a lot a lot. I was afraid anything else wouldn't hold them up. These are pretty sturdy.
Thanks
You must log in or register to reply here.

Drainage System (that works for me)