Hey guys went to the ny expo today and got some new stuff. I got a new mesh custom setup, two ficus trees and a translucent veiled cham. I already had a Jackson that needed a new cage so I got a setup with a divider in the middle which is pretty cool. 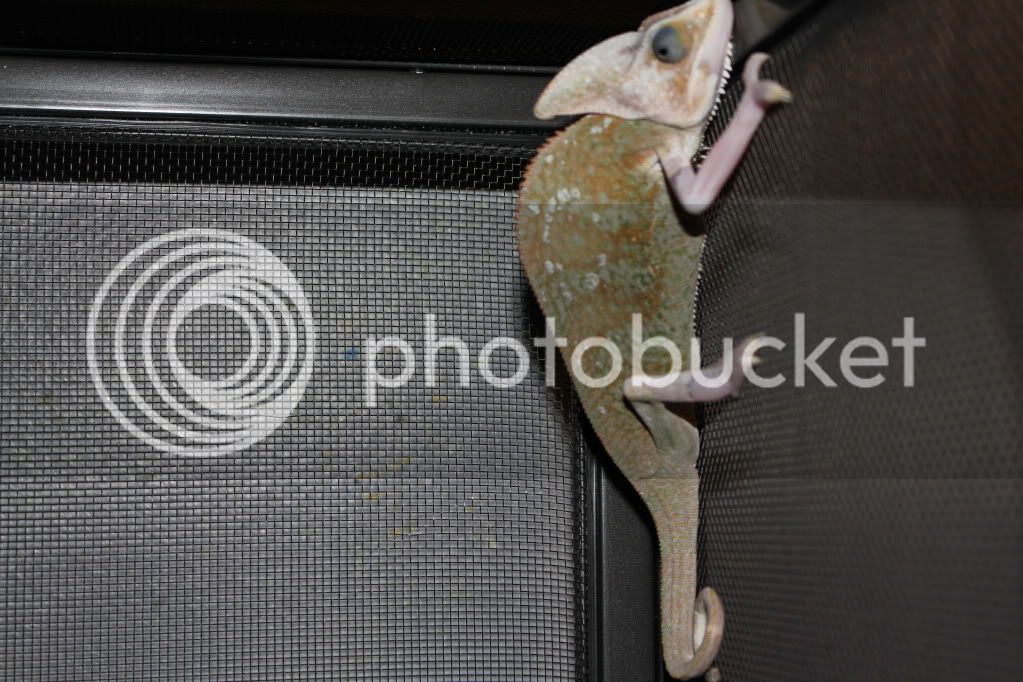 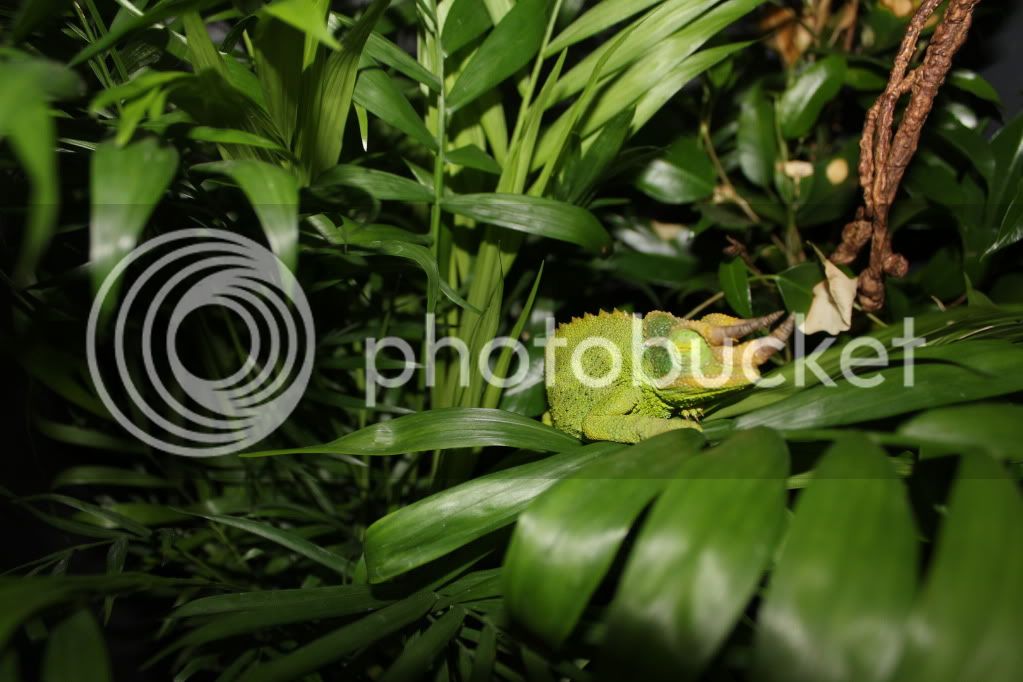 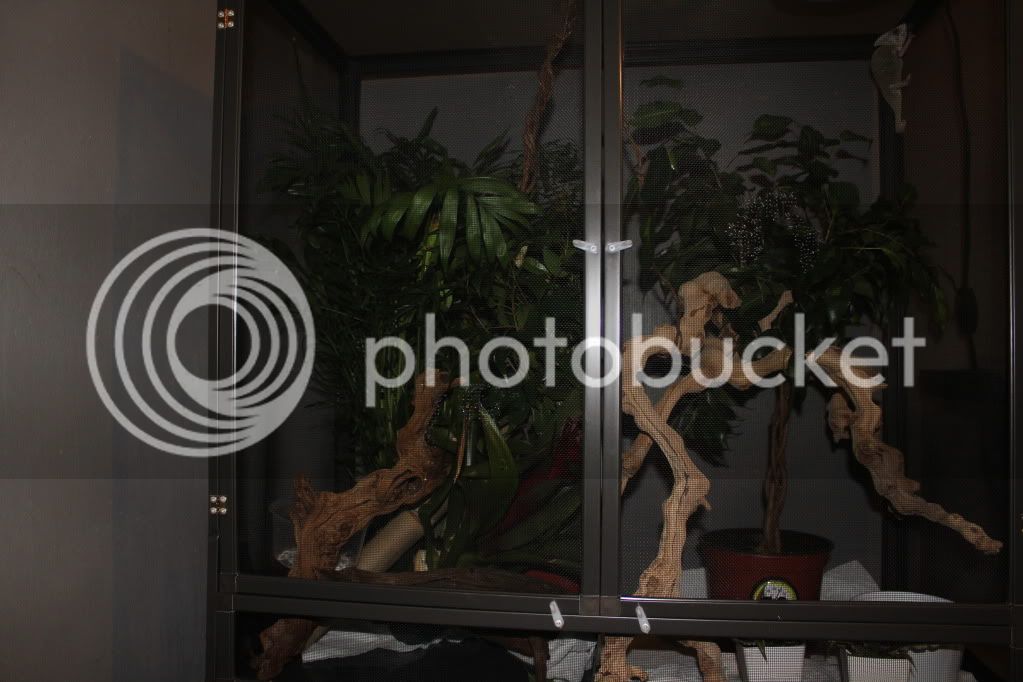 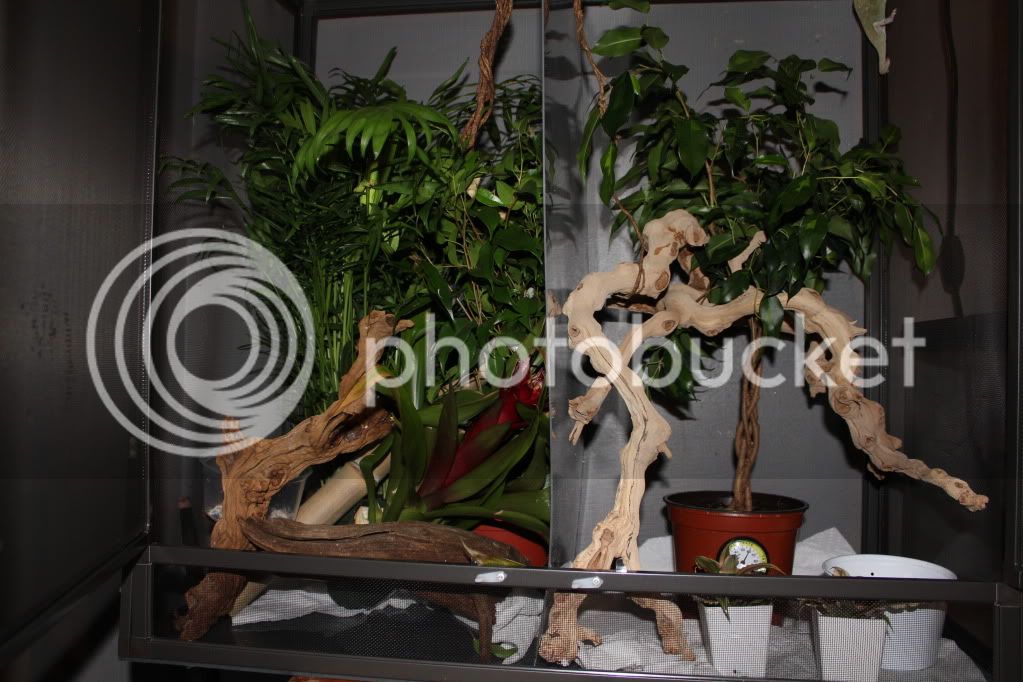 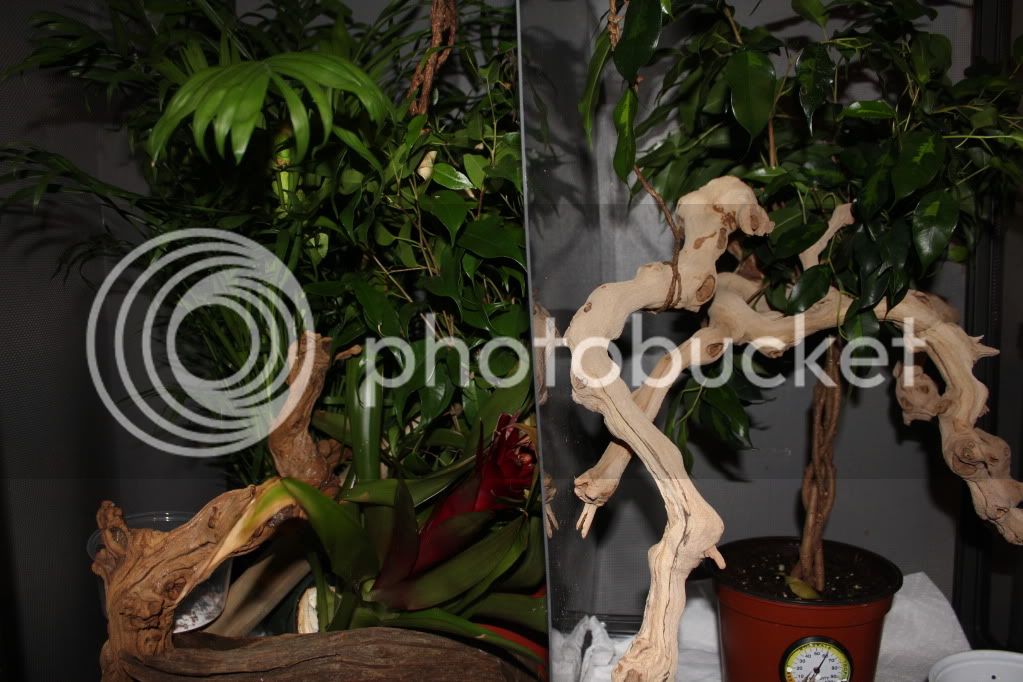 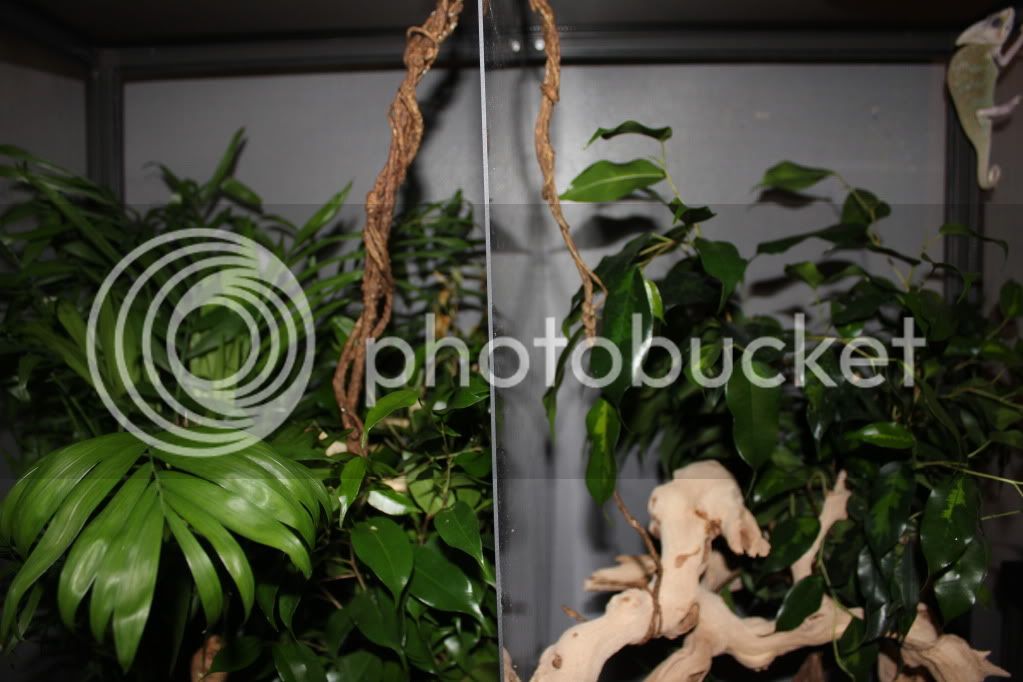 Id suggest putting more "useful" plants in there that they can actually climb on and walk around where the branch wont completely bend to the bottom and some horizontal ones as well.

Did you get that veiled at the sunshine dragon table? I got my translucent from there, he actually looks just like yours =O

showjet95 said:
Id suggest putting more "useful" plants in there that they can actually climb on and walk around where the branch wont completely bend to the bottom and some horizontal ones as well.
Click to expand...

I agree, maybe put some more vines in there also. Other than that your cage looks great.

I have several cages from the same guy. He is very nice, and his cages are awesome. I use them for my baby panthers. Your set ups look beautiful, and of course your chams are very cool!

looks good , im curious about the divider in the pics it looks to be clear or mirrior but i doubt that it is
C

My jackson has two ficus trees that don't really bend the branch he was on was no where near the floor that picture was as soon as I put him in and he happen to catch a skinny branch. Also his setup was not complete as I just started setting stuff up last night. I did not get to show the stuff behind the leave he has plenty to hang on and I'm currently cutting bamboo and placing it in the enclosure. I am also going to add his branches from his old cage. I love the enclosure and it looks really nice in my reptile room. I might even get a smaller one next expo. 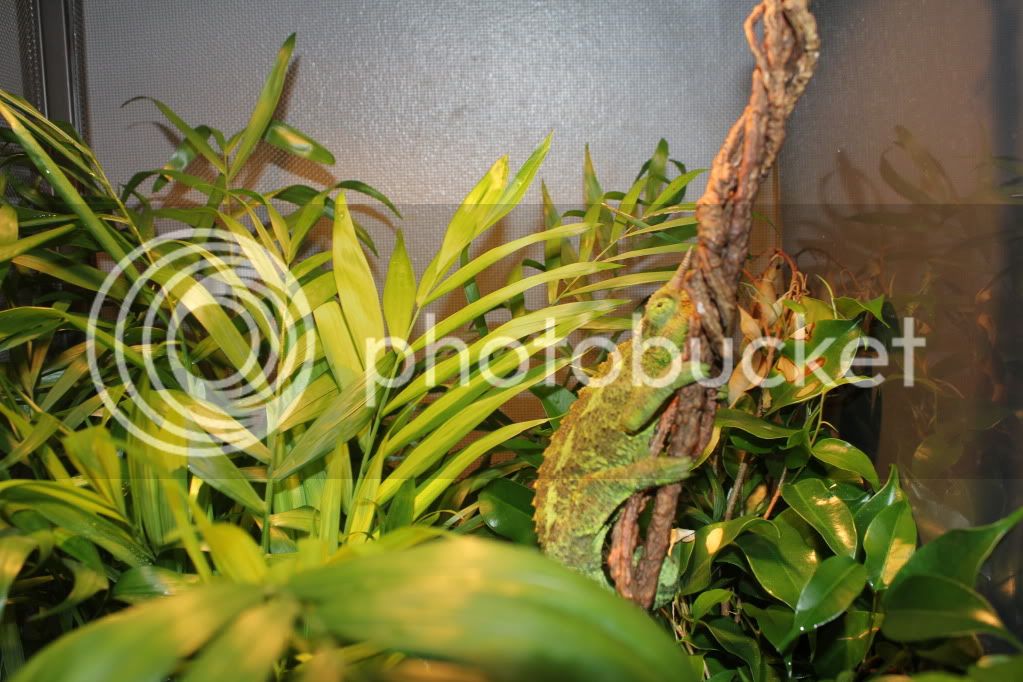 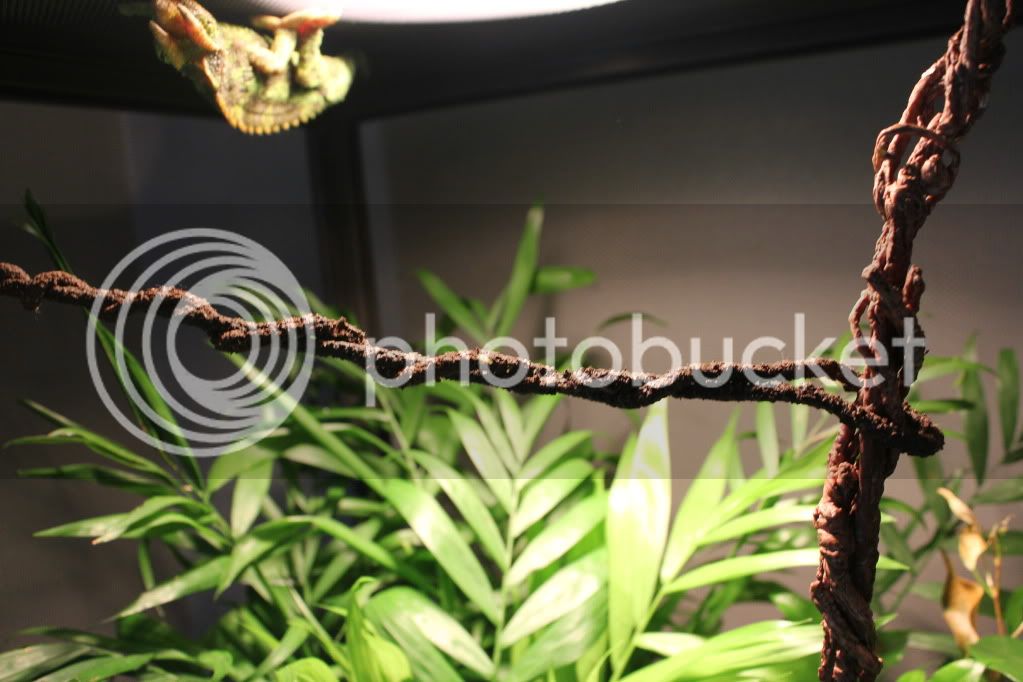 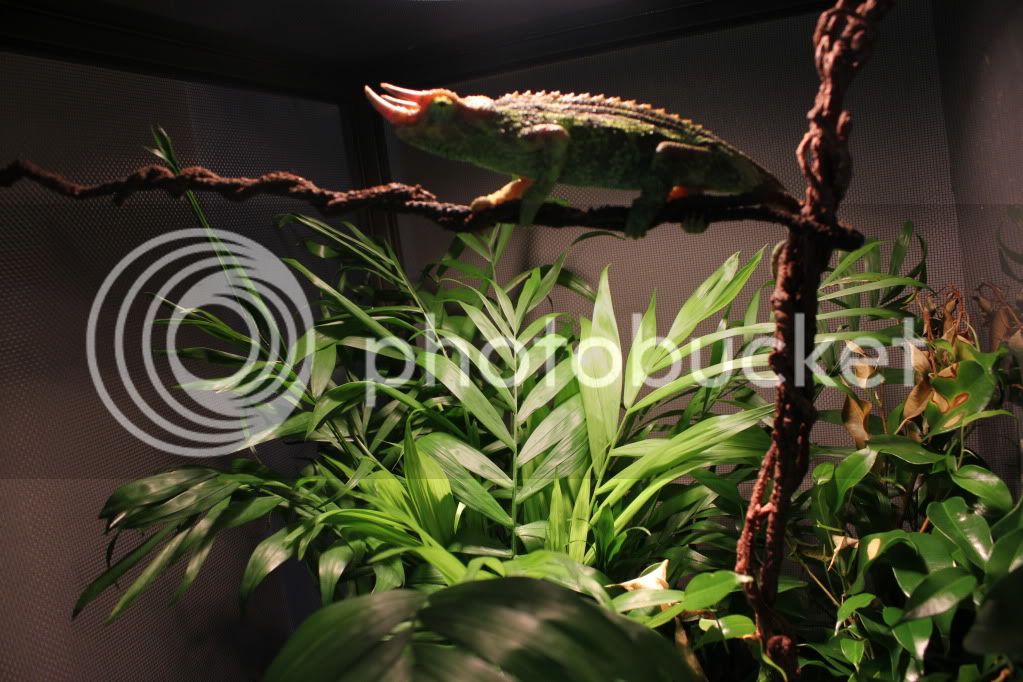 He like to hang on these 10inch Bromeliads they have really thick stems. 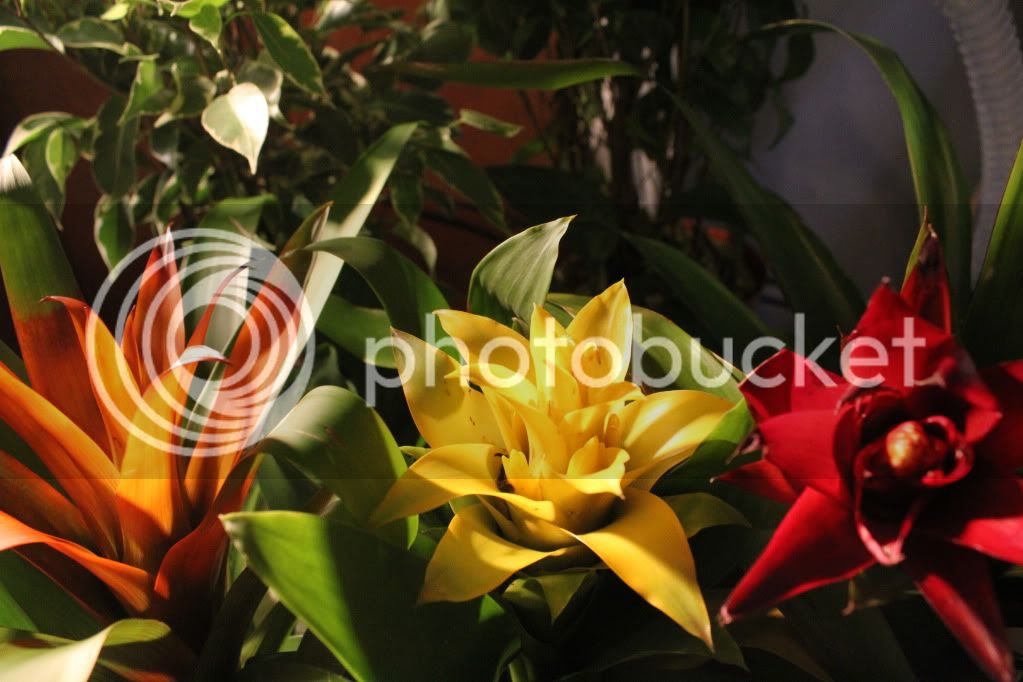 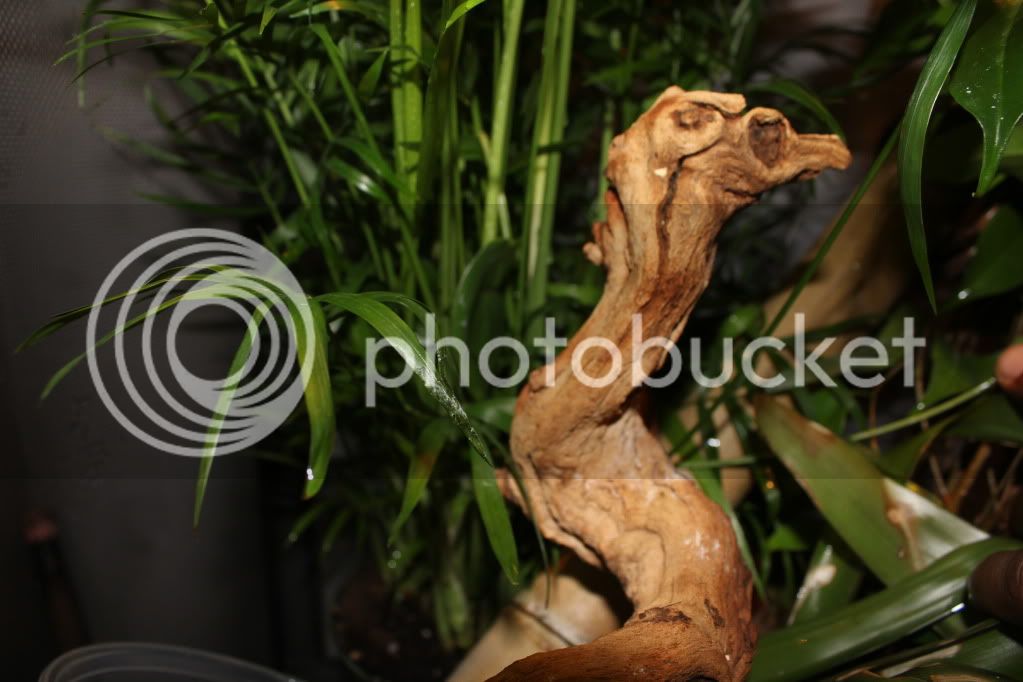 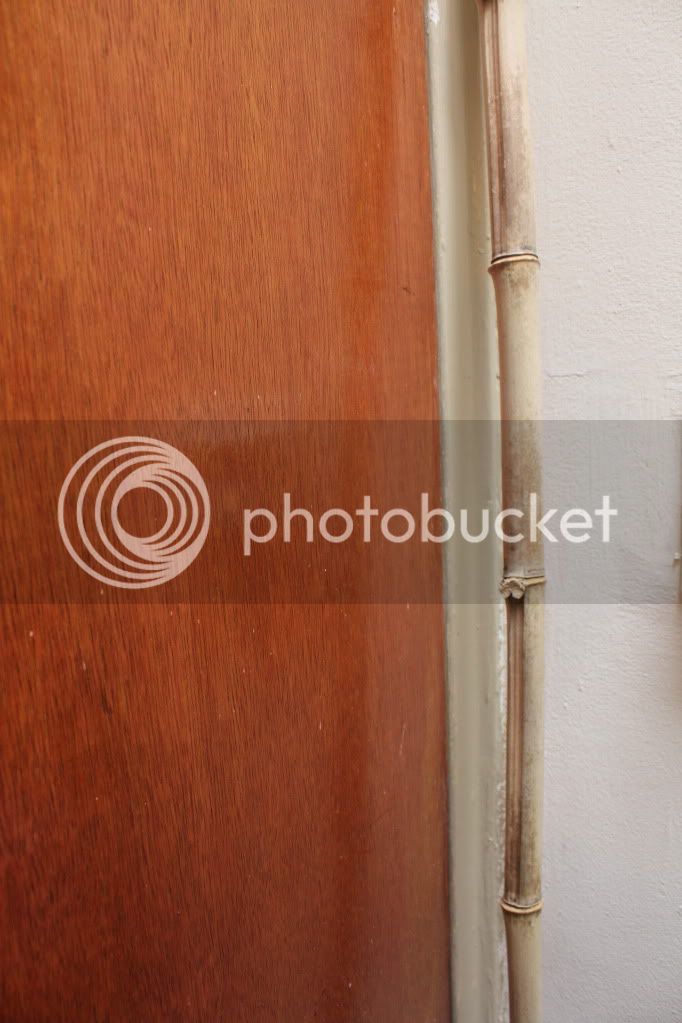 Here is a shot of the divider 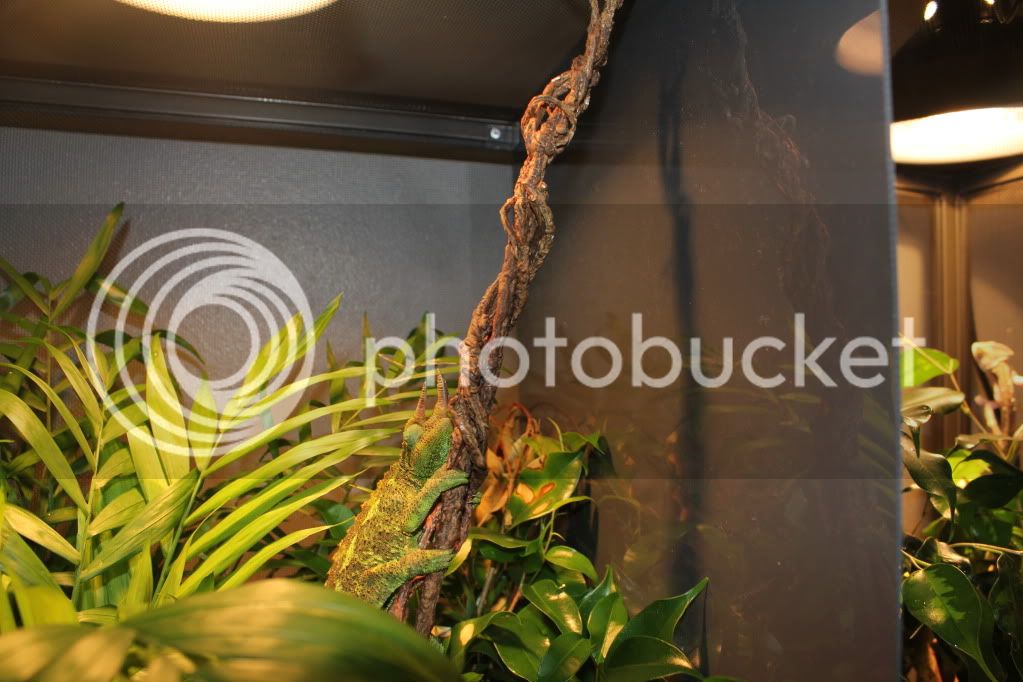 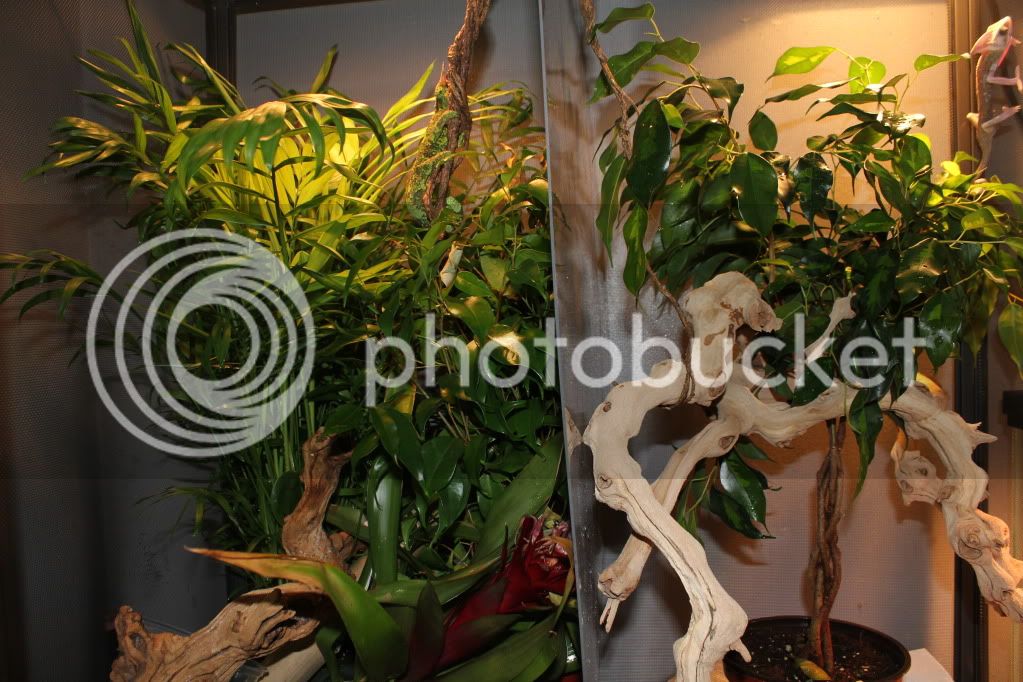 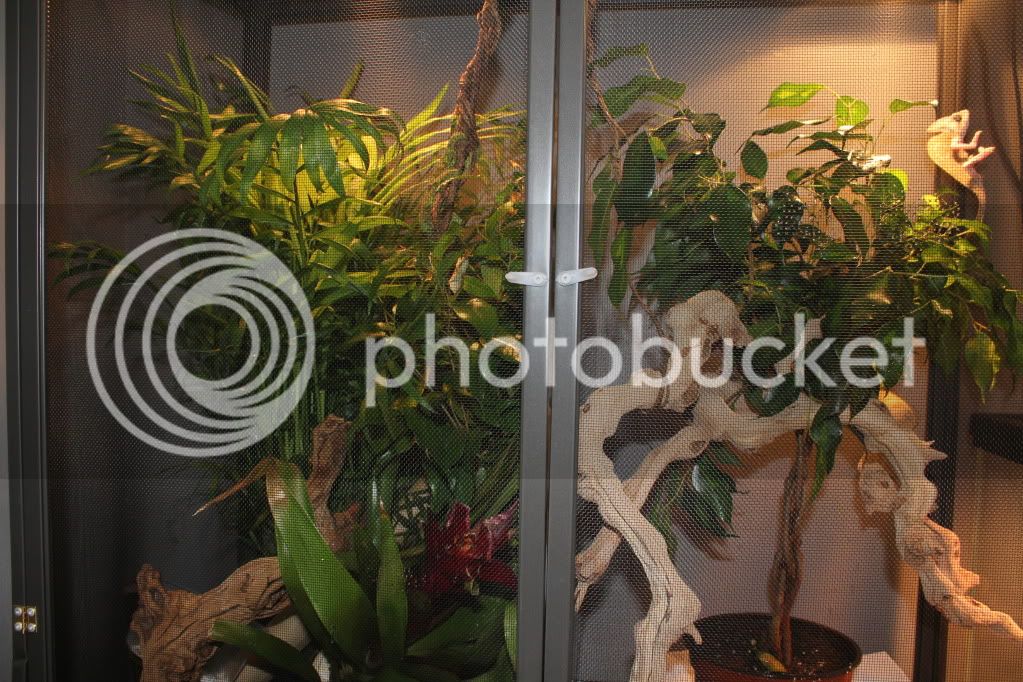 I think i saw that jackson at the show and i immediately wanted one.....when my cham dies of old age i am getting a jackson they are soo cool...
C

I did not get my Jackson at the ny expo he was my first cham and I have had him for 3 month now. Jacksons are def a cool lizard.
C

Here are two more picks of my new cham he seems to be adjusting pretty good and exploring his new setup. 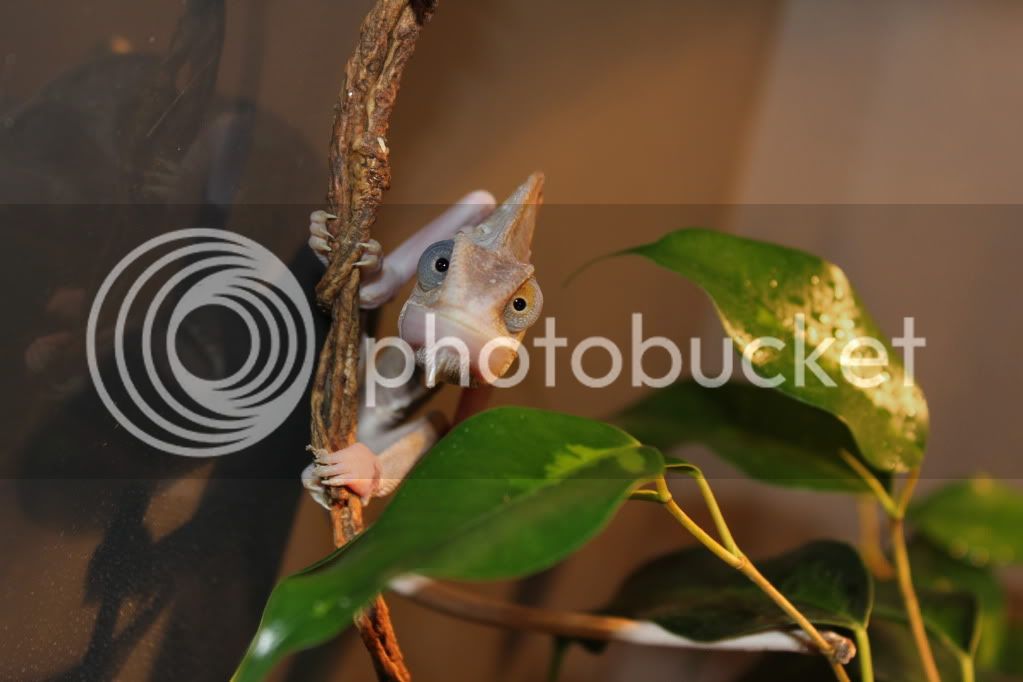 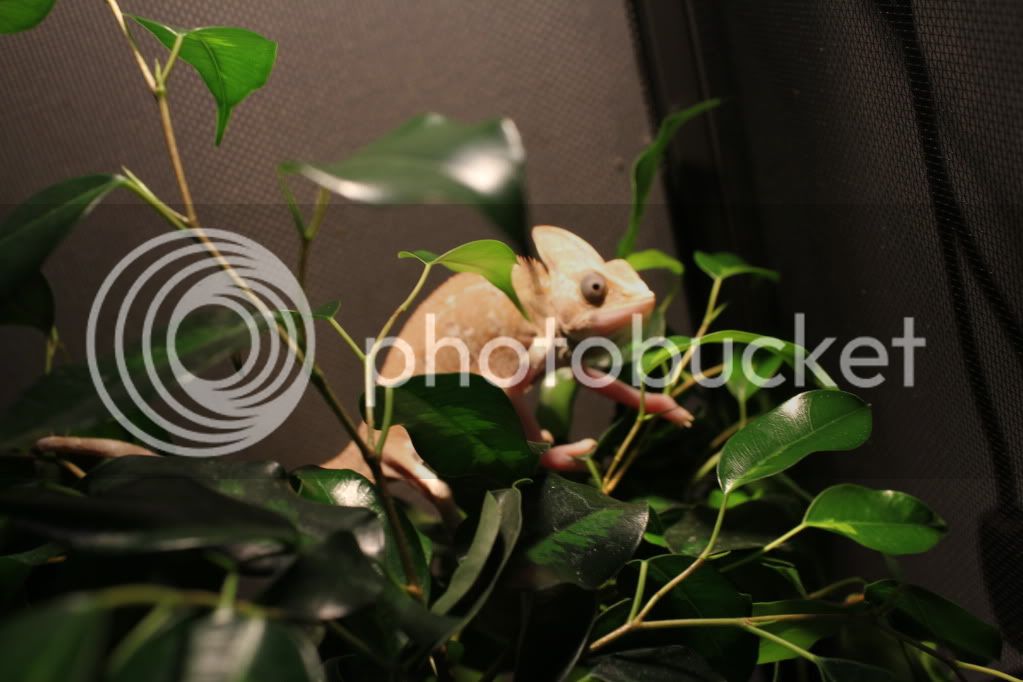 I made some progress with the vines and highways here is what I got so far.\ 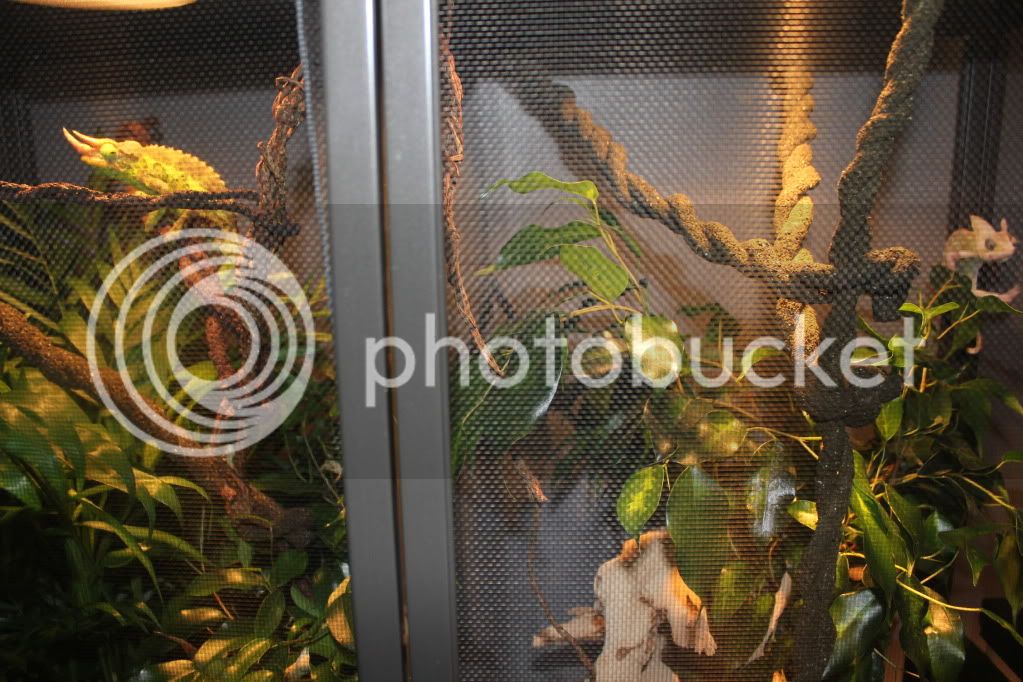 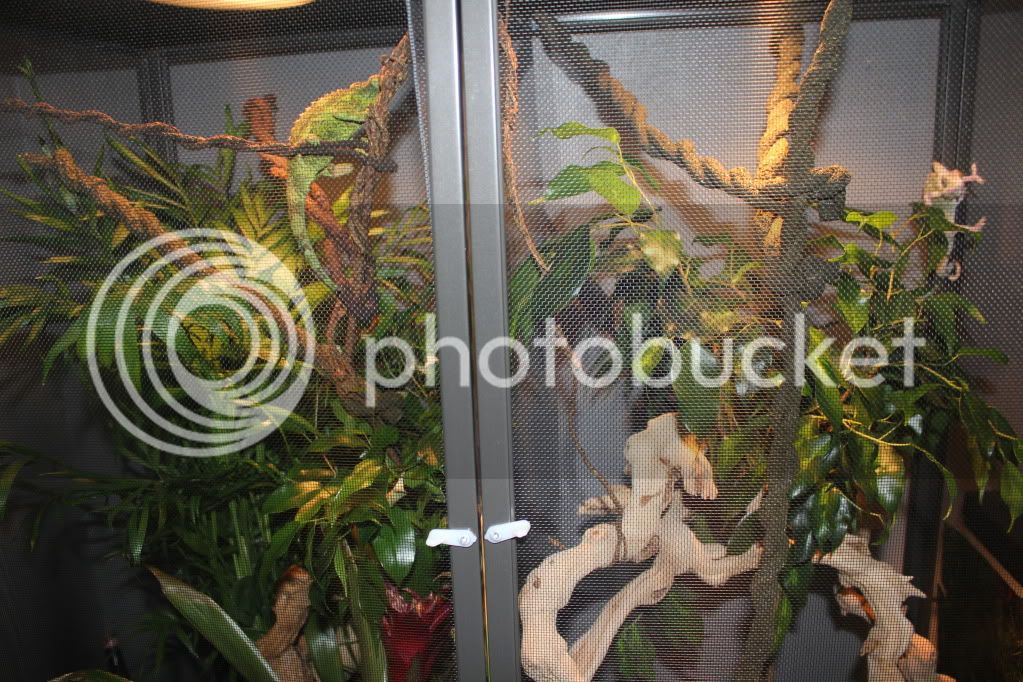 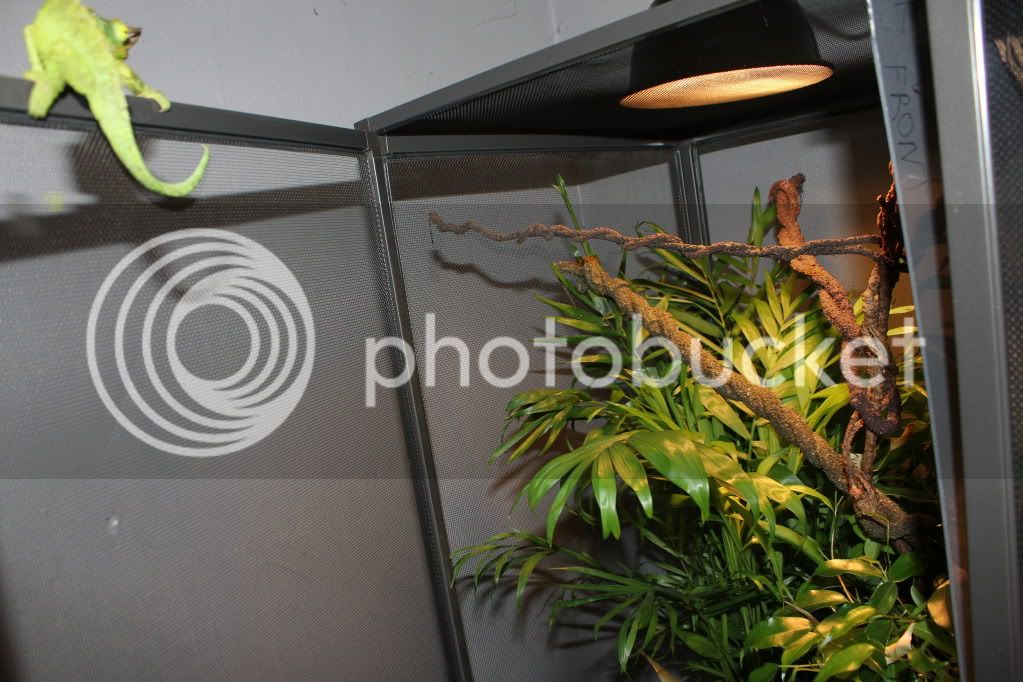 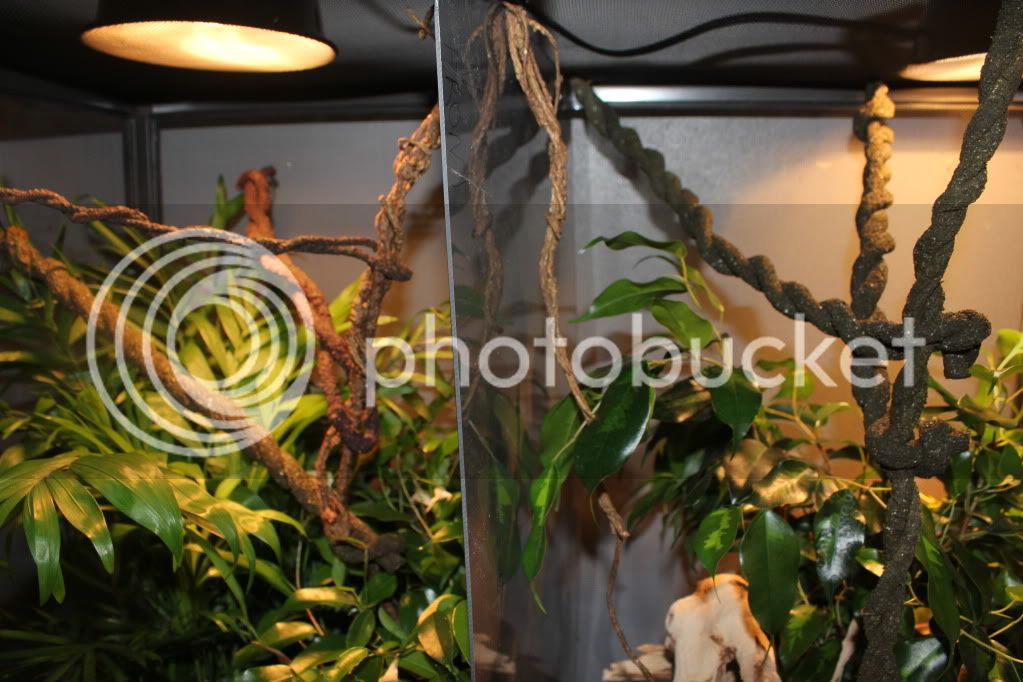 i love your set up. amazing.

Ya I like the vines in there a lot. They really add to it
C

Thanks guys I had some left over vines from some time ago. I just put them in the washing machine and they were good to go. This has been a fun project I almost wish all my reptiles needed a open air setup lol.

where did you buy that terrarium ? at the expo or you made it? and did it already have a divider in there or you put it in there yourself?

My thread about the expo... Also can you get a divider like that from sumwhere or do you have to make one/ get it at home depot or something lol.

I have found bamboo to be terrible for climbing for them, it has no texture so is slippery and they cant get a good grip on it unless its very small in diameter. Cage looks nice but is not very chameleon friendly in my opinion, especially w bromeliads and plants w tiny branches that are basically useless for them.

I got the setup from the expo and the divider came with it. I do not use bamboo for any climbing reasons I am using it to rap my vines around for support at the bottom like I said. It does not take a rocket scientist to see chams would have a hard time getting up bamboo. And as I stated before the trees are fine and my chams don't spend to much time on the trees anyway mostly for drinking and a little basking. They actually seem to love their new enclosure and all the stuff to climb on. I would have to disagree with this setup not being chameleon friendly. This is probably the best chameleon setup I ever did. Their is plenty to climb on and no one falls or bends any branch beyond safe limits. Maybe my chams look bigger but their both only one years old and not that heavy to bend branches like your stating . I will try and take a picture of them branch surfing in a few. Also my bromeliads are mainly for show and I'm sure their are no branches on bromeliads so that would not be an issue.

"giaindell" its not hard to build a viv as long as you have patience here is a picture of my custom pygmy chameleon planted viv I built last summer its a 19.5gallon . 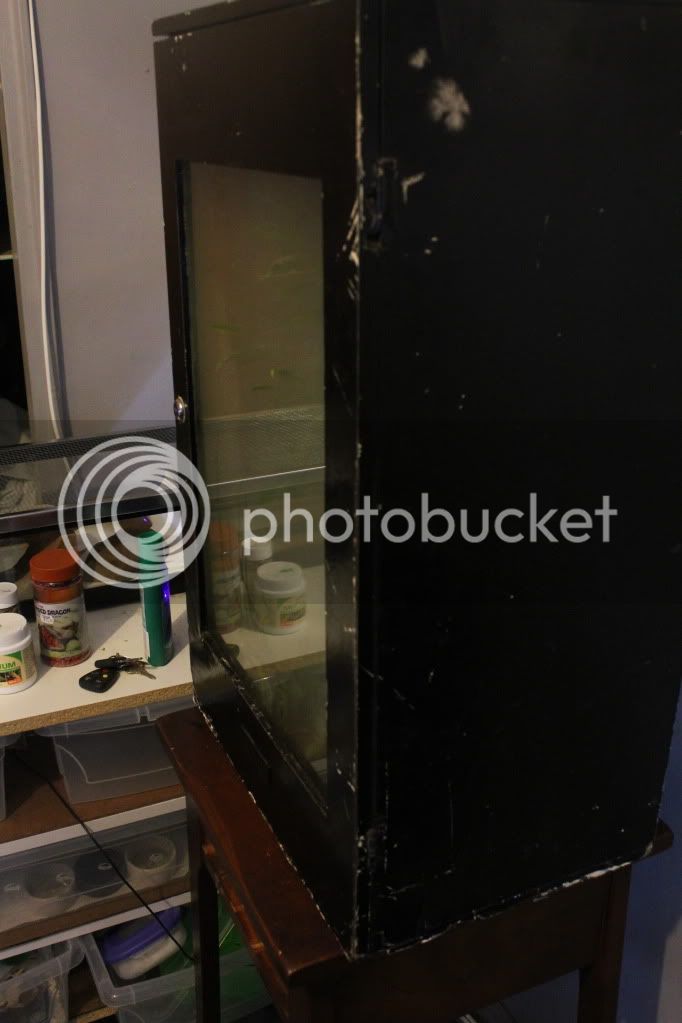 The hardest part was probably doing the door! 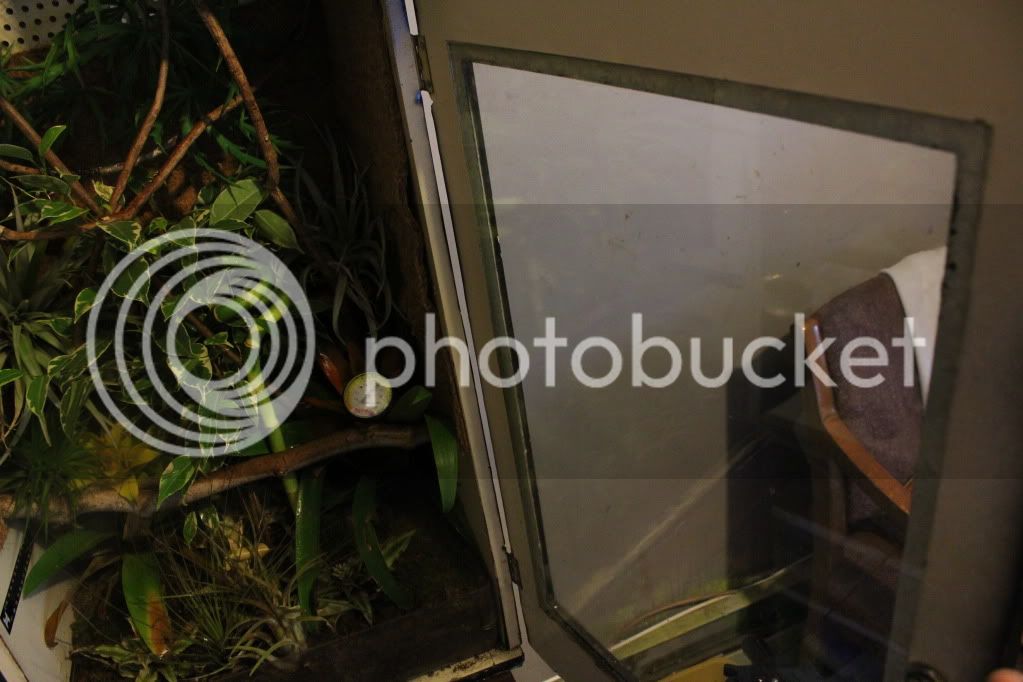 Some pics of my pygmy setup (all live plants) 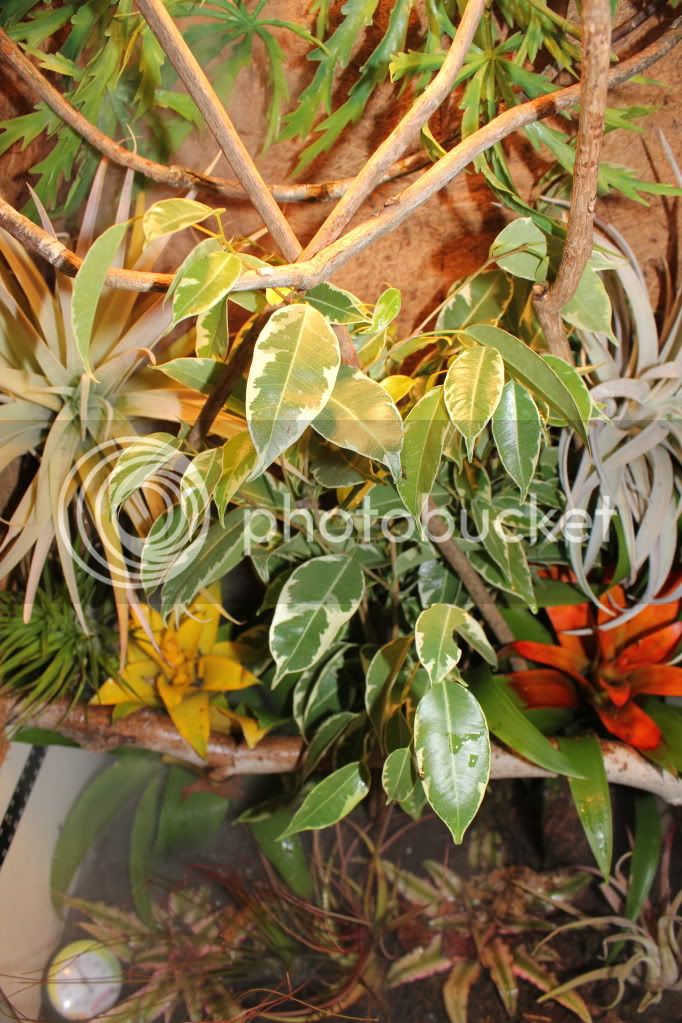 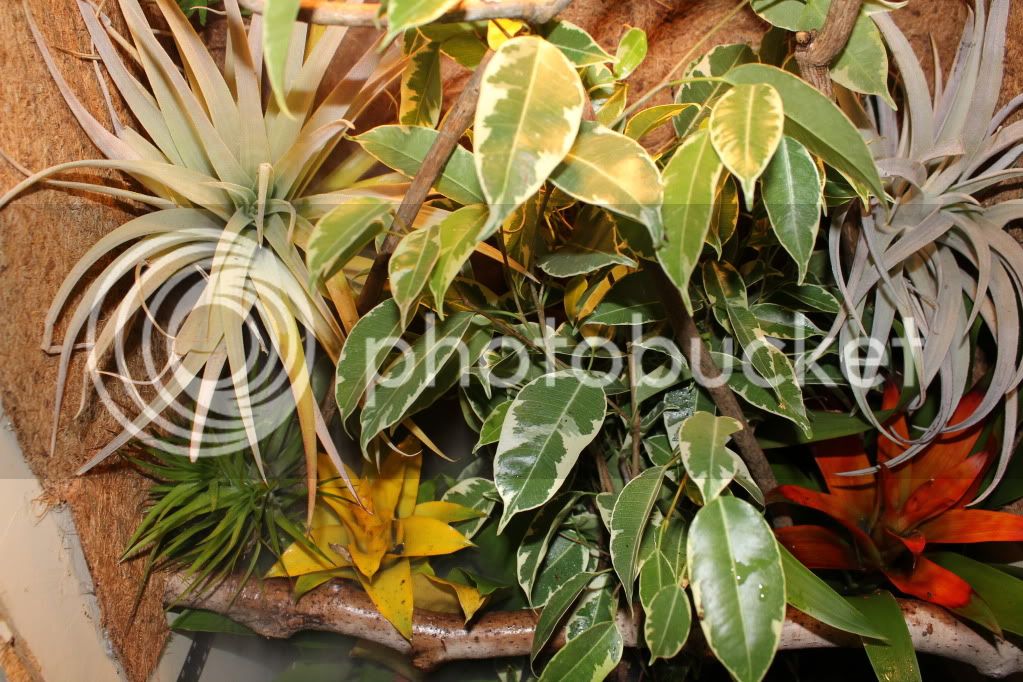 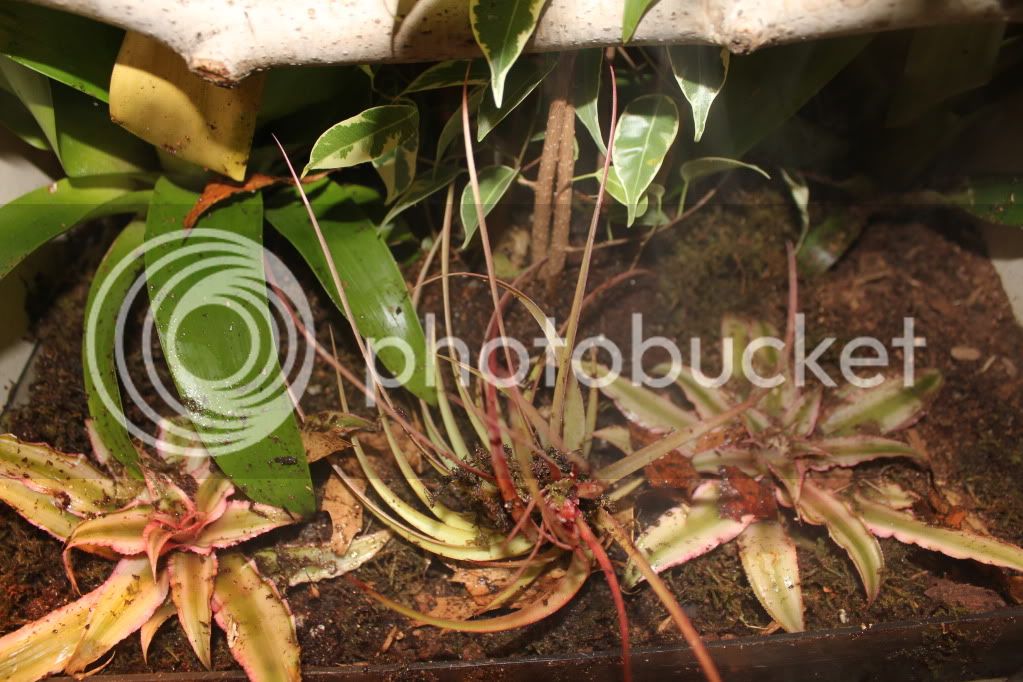