My Chameleon Passed Away From Lung Infection

I don't come here very often. Almost forgot that I have an account. Just wanted to talk about my Ambilobe Panther Chameleon, Newman Picasso. At 3 years old, he just passed away on the 10th from a lung infection. He had been fighting this battle for months, getting worse and worse. A once beautiful and vibrant guy, he became so faded in color and his casque sunk in. I don't even know where to begin to described how devestated I am. We got him back in 2018 at the Orange County Pet Expo. He is my first chameleon, and I knew that he was the one when I saw him. My mom and I co-cared for him if you want to call it that. I'm an adult, I am the one who bought him but really he was ours, he was a part of the family. We had such a journey with him that I'll never forget. He's the reason that I got so much more involved in the reptile community on YouTube and elsewhere. I don't think I would've found some the cool videos and channels that I did if it weren't for having Newman. He added so much to our lives. He was funny, active, and so docile. He never bit us or attempted to bite, was always chill when it came to us approaching the cage and he would come right out on our arms to explore. He would reach out towards me or my mom to climb out when we had his cage door open. He was initially skittish the first few months of having him but handling him 2-3 times a week really turned that around.

He was just loved by everyone. Every person who I ever showed pictures of him to. Everyone at the vet, they knew his name. Everyone on his Instagram. If you want to follow him it's @adventures.of.newman.picasso He was just such a joy...he was a part of my daily routine, getting his crickets and even picking up his poop, wiping the cage floor every day, changing his water. I'll never forget the times he thought he was superman and hung on the screen wall, even though he was too big, and would fall off but stick the landing. I'll never forget the moments I would stare into his eyes, and it was like a person staring back at me, those sharp, piercing eyes. I'll never forget how he was always Curious George, always climbing down from his branch to see what I was doing, when I was kneeling down to clean his cage or something. I'll never forget his sweet face. I love that baby!

My handsome little man....it's just so hard. My mom and I were in tears as we literally watched him take his last breath, and he just died, his tongue hanging out and his eyes sunken in. He was with us through Christmas, and he had his own stocking....green for Newman. There's so much to say about him, he was such a character. There's no one like him. I've read horror stories about people's chameleons being awful and totally passive-aggressive, but Newman was just sweet. So gentle and trusting. I've been dealing with this in my way, and my mom has been dealing with this in her own way. It's weird. But neither of us have been able to stop thinking about him.

Every memory I have of him just brings me to reality and I'm like...he really is gone. And I get so sad. I don't know if I'll get another cham. I am selling his cage though. If you're interested, please go on his page and check out his story that I posted. It's a custom made Dragon Strand cage. Cost $300 but I'm selling it for $150. Even if we do decide to get another chameleon, there's actually different cage that I want to get from Dragon Stand, so I might as well sell this one that I have. I know I didn't post much on here, but I wanted to get this out to all the owners of chameleons who have passed away, whether from something like this or another thing. Just know, it wasn't your fault. You did the best you could and gave him/her the best life you could provide. Don't blame yourself, because chameleons are such sensitive creatures and anything can happen, even if you are taking good care of them. Cherish every moment you have with them.

He may be gone, but never forgotten. 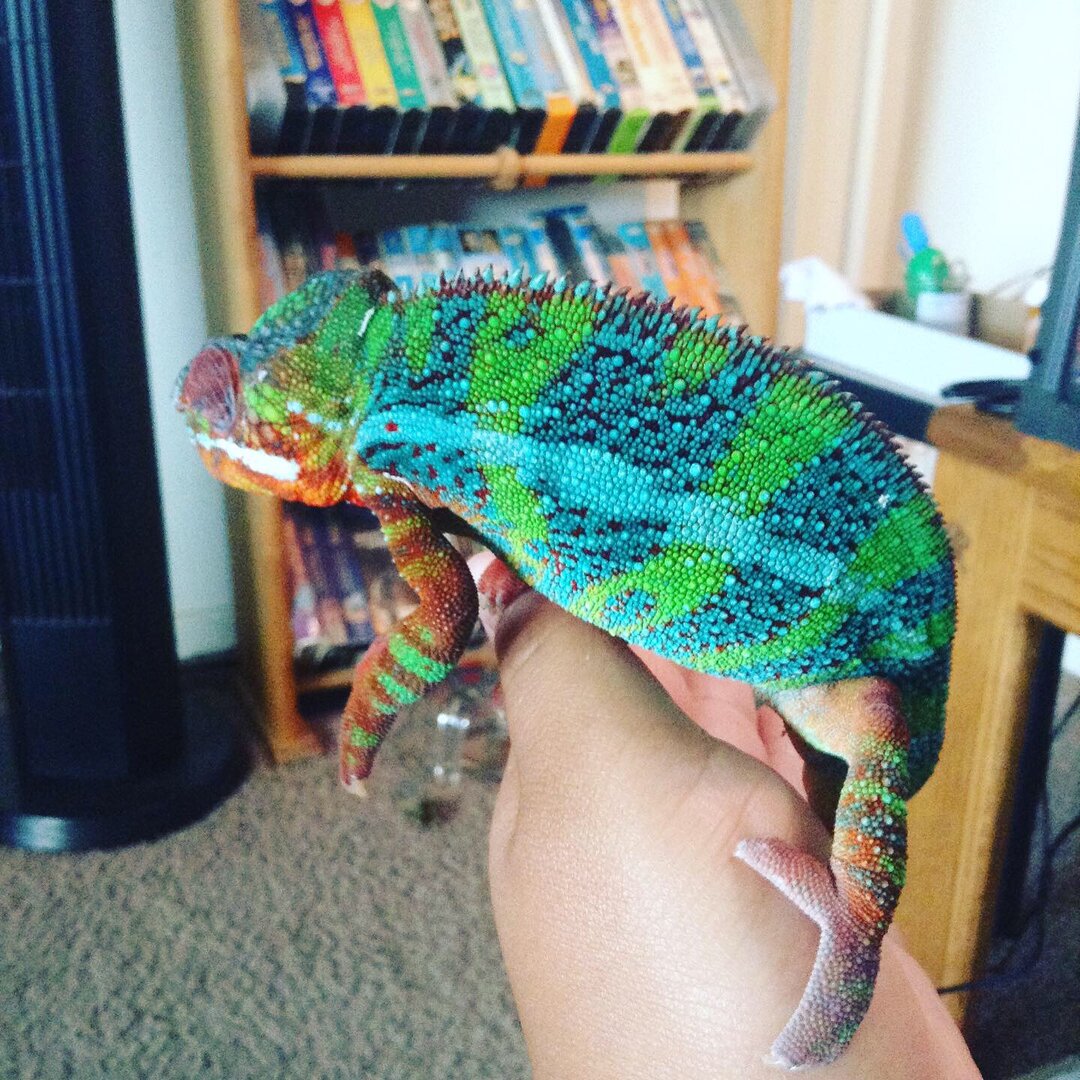 So sorry for your loss. Keep him in your heart.

I’m so sorry! He sounds like he was awesome, though. Just try to remember the good times!
You must log in or register to reply here.

Is my veiled chameleon dying?
2