So far, I have his two real trees that he had in his cage (they are kind of small) , a fake 4' ficus, biovines, fake vines/ leaves and some bambo for added branches.

I'm using those heavy duty storage boxs like you get at lowes with small holes drilled in the lids for drain pans as well as making the trees abit higher, mistking is set up spraying kind of downward (2 nozzles, one for each side)

for lighting I have my UVB (reptglo 5.0) and house hold bulb for basking + a solar glo (MVB) at the other end, I don't have a UVB meter yet but the MVB bulb is > 2' from the closes point, and he has alot of room to move so I'm not to worried about to much out put and I figure the 5.0 covers if it's not enough (he normally bask under the 5.0 as that is where his basking light is to)


I still have alot I want to add, like two 5' sticks of bambo, tons more vines, pythos and probably more/bigger trees, as well as doing something to dress up/ hide the boxes. 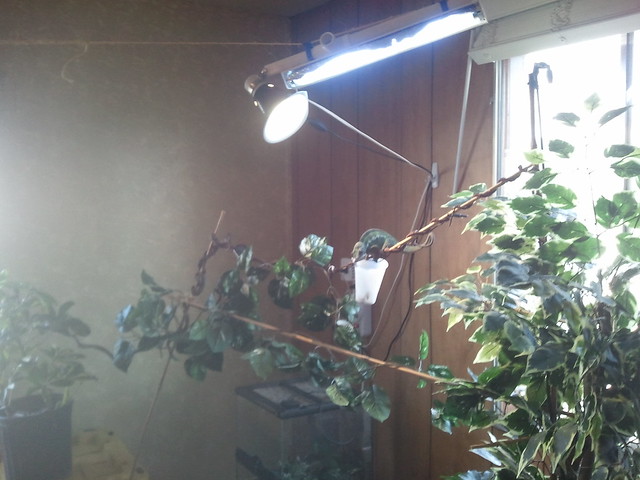 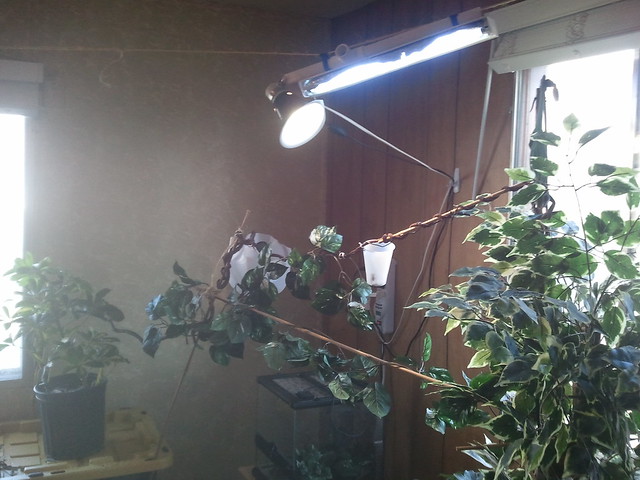 I'm sure Max will enjoy his free time. Make sure you have him in a safe area that is cham safe because they do roam. Also make sure he can not get to the cords and crawl up to the basking light and get burned.
You must log in or register to reply here.