Anyone know what this little bug is? I put the smallest funnel thing into the bug napper tonight in hopes of catching smaller moths. Lots of the smaller moths are fluttering around it, but don't seem to be going into the cup. However, these little golden beetles are. Personally, I think they look like fat little brev food to me.. but wanted to see if anyone has a clue as to what they are. 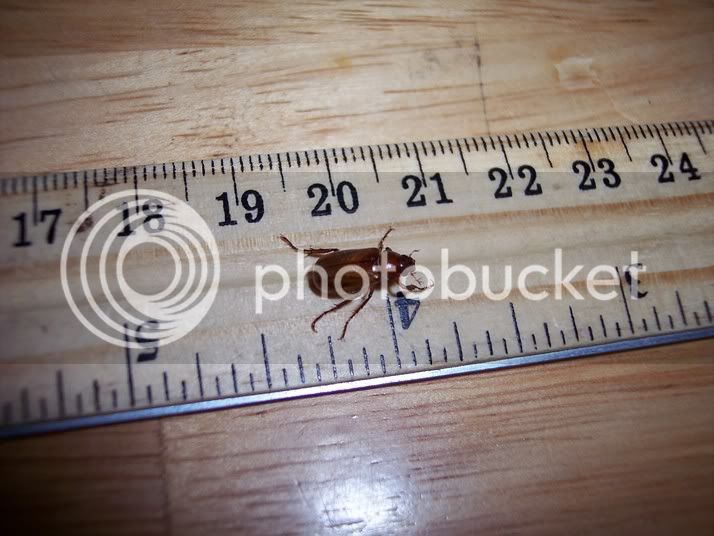 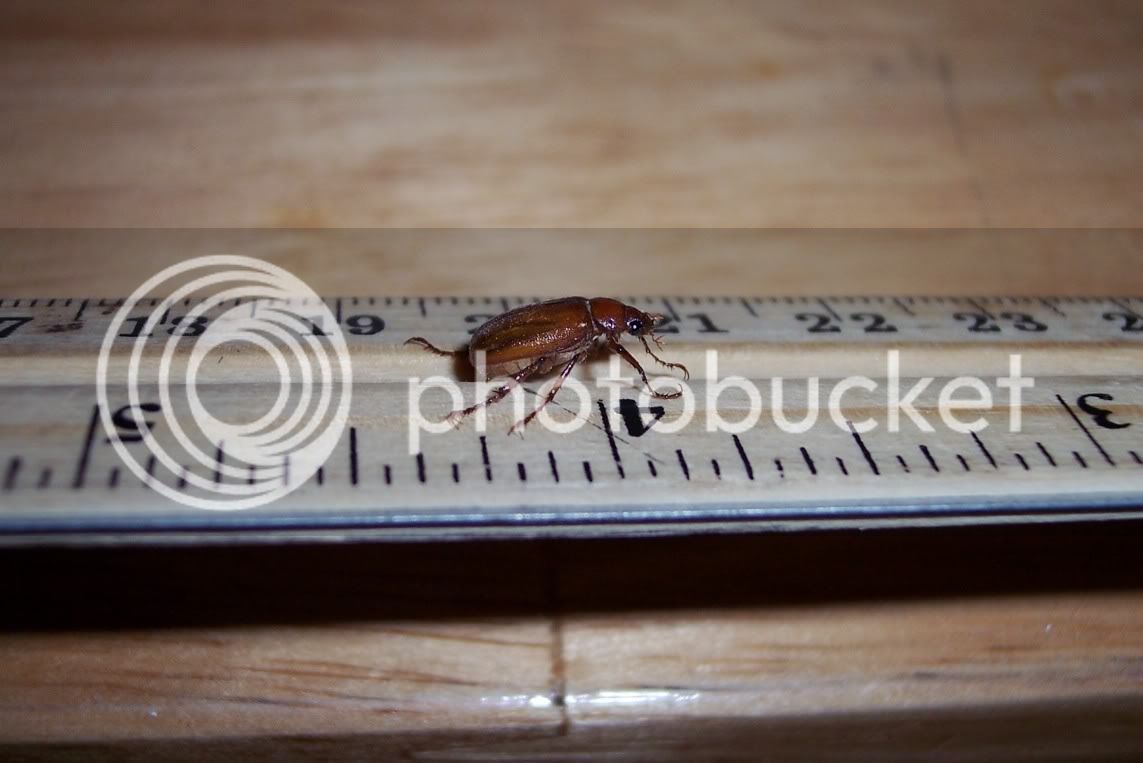 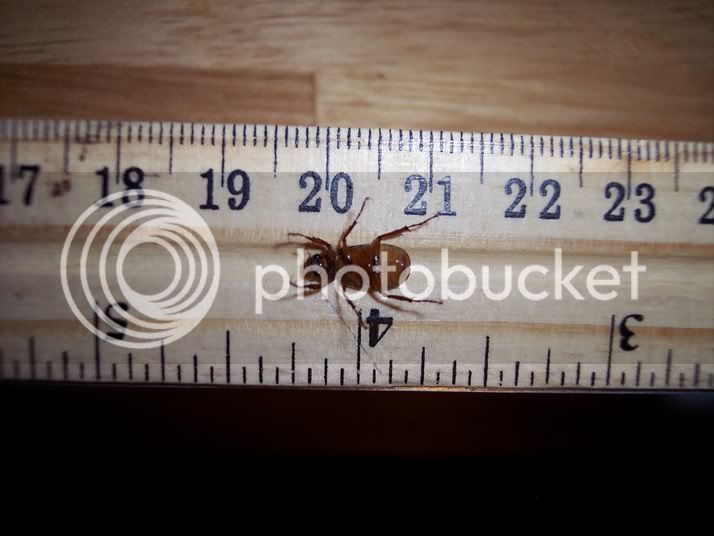 It looks like a june bug to me. No idea what the scientific terminology is for it. They are extremely abundant here in the midwest starting...about now actually.
H

They are the infamous June bug but actually named the June beetle. Heres a description I found of them. I don't know about whether they are a good source of food for chams though.

JUNE BEETLE [June beetle] or May beetle, a blackish or mahogany-colored beetle of the scarab beetle family, widely distributed in North America and especially abundant in the NE United States and the adjacent parts of Canada. It is also known as June bug, although true bugs belong to a different insect order. The adults, which may swarm in great numbers in early summer and are attracted to lights, feed by night on the foliage of deciduous trees and hide during the day. The eggs are laid in the soil, where the larvae, called white grubs, remain for two or three years, eating the roots and other underground parts of grasses, grains, and trees. The grubs cause great destruction to lawns and fir trees. Many birds and small mammals, such as skunks and pigs, root out the grubs and eat them. The insects pupate underground in the fall and emerge as adults the following spring. June beetles are sometimes called cockchafers, a name used primarily for some of their close relatives in the Old World. They are closely allied to the leaf chafers, including the rose chafer. June beetles are classified in the phylum Arthropoda , class Insecta, order Coleoptera, family Scarabaeidae.

Really? A june bug? I thought that they were big and green for some reason. These guys are tiny and gold. Do they start out this way and then grow? Also, there are hardly no deciduous trees here, except for a few that we planted. Mainly pine trees.

Heika,
That looks like a June bug to me. I grew up in Kansas and they were everywhere. The weird thing is they always came out in April or May, so why do they call them June bugs?

I'll second or third that its a june beetle. In the summer they fly down our homes chimney and bug the crap out of you. They fly, but it's more like FUI. (Flying under the influence of alcohal) They always seem to crash into you no matter where you are in the room with the chimney. And it hurts.

June bugs they be then! And, in they go for the brevs..

Thanks everyone! Wierd thing is, I don't think we have ever had june bugs here before.

You are not wrong in thinking that June bugs are greenish, the shiny green, because some of them are, and they are of a different shape. The actual term "June Bug" is a common name for several scarab beetle species. Here is a link to a pic that shows the kind posted above http://www.cirrusimage.com/beetles_June.htm
And here is a link to a page that shows the kind you are thinking of http://www.hiltonpond.org/ThisWeek020708.html
so we are both right

can i feed my cham one?

They are like 90% Chiten (Stiff shell armour) and spiky legs, so I don't think that; A) It would be all too nutritious, and B) safe and impaction risk free.

Personally, I'd pass it up. However, I have a feeling that lele might have something to say on the matter.

They had fat little butts, and the pygmies loved em. I am watching the poop over the next couple days tho.

The times I have seen those June bugs, they are the shiny green color and they eat every bit of a rose bush they can get! I stopped trying growing my roses because of them. Pain in the rear. So be careful all when feeding them your chameleons, because I know that many rose keepers will spray their roses to prevent these June bugs from attacking or destroying their roses. It is possible they may have eaten some pesticides.

They come in swarms to rose bushes!

Not a June beetle

I believe what you have is called a carrot beetle - I call them "the stupid bug." The are very klutzy and will bash inot you, walls, trees, etc. I help the neighborhood kids with their bug collection each year when they hit 6th grade and we can always find the "stupid bug" (I am the bug lady in the neighborhood! )

These are quite bit smaller than the June bug/beetle - about 1/2" or less, whereas June bugs are 1" or more.

One way or another, I wouldn't feed them to a cham. They have spiny legs and little nutritional value.

You are absolutely right lele, they are Japanese beetles and a real pain and annoyance (to say it nicely).

However, this brings up an issue everyone should be aware of... Neighbors do spray their yards with pesticides to protect their gardens and flowers. So be careful all!
You must log in or register to reply here.