I think my chameleon has passed away but I can’t tell.

My chameleon has been sick for about a week, he’s been to the vets and I had him on antibiotics and things but the vet thought he had a predisposed liver and kidney problem. I knew it was getting close to his time but I did everything I could to save him.

I just want to know that he’s fully gone. His tongue is out of his mouth and his eyes are open but unresponsive completely. He also isn’t responding to touch. So all of that to me says death, but he’s still bright red, he has a tiny patch of black around where his heart is but I just want to be sure. He isn’t stiff either, more floppy maybe.

Sorry I know this is a horrible topic but I’d hate for him to be led there suffering and not fully gone.
J

I think it’s my shock making me doubt myself, but it’s so hard to tell with reptiles.

Forgot to say his eyes are sunken and black, but the rest of him is bright red like he always was.

Aw. I'm so sorry! That's sad. Sounds like you were a good owner. & he's probably gone

Staff member
Uggg this is always the worst... Very hard to tell with Reptiles. He may still be passing away especially if his colors are normal.

i just want to see how alive he is

Welcome to the forum. I only wish it were under better circumstances.
There's no harm in waiting until you're sure—or ready—a couple/few hours either way.
Last edited: Apr 10, 2022
J

Thank you all, he has definitely passed. It’s been 24 hours now and I’m taking him to the crematorium this morning. I couldn’t go yesterday as they’re shut on a Sunday.

His tongue is black, the rest of him is still red, albeit a little faded. He always was the most beautiful boy, I’m not surprised he stayed red, stubborn little fella. Posting a picture of him in memory 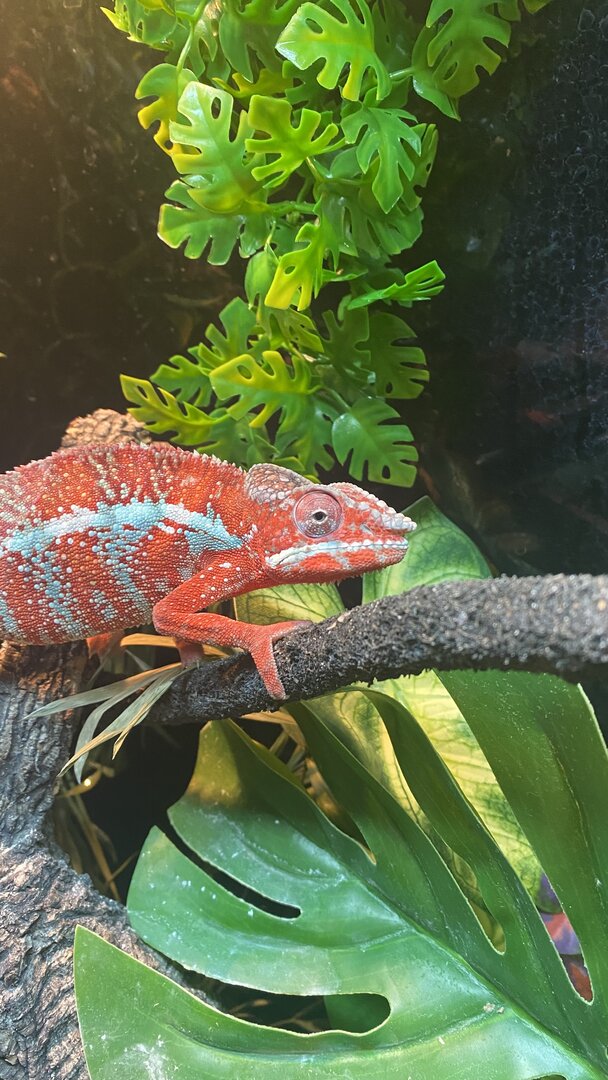 He's so beautiful. I'm sorry for your loss

So sorry for your loss.
L

I’m so sorry. He was beautiful!
You must log in or register to reply here.

How is my little guy doing?